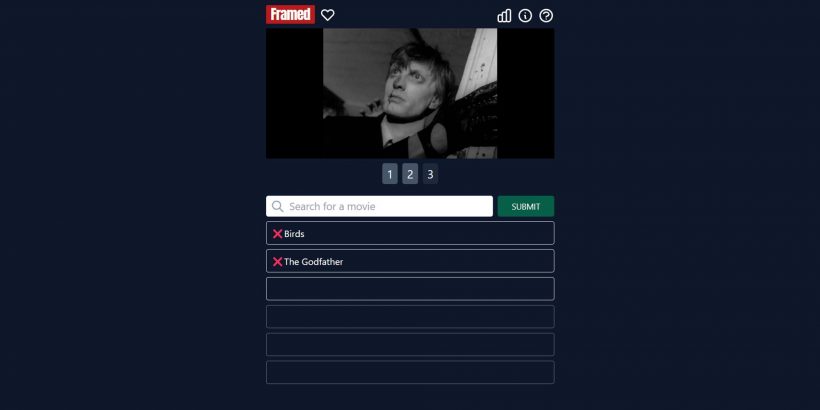 Do you like movies? Do you have a photographic memory? Are you bored of Wordle? Then Framed might be the Wordle clone for you.

Like so many other sites that have piggybacked on the success of Wordle, Framed follows the simple rule of giving a player six guesses to figure out the answer. However, instead of presenting a bunch of blank boxes in place of letters, Framed presents a single frame from a classic film. You enter your guess into a single field, and if you get it wrong, another frame from the film will show up so you can guess again.

The first few frames are often just landscape shots or something else that might not be easy to guess, but later images will show actual characters or iconic scenes from the film. Framed is connected to a database of movies, so you can’t incorrectly guess thanks to a misspelling. 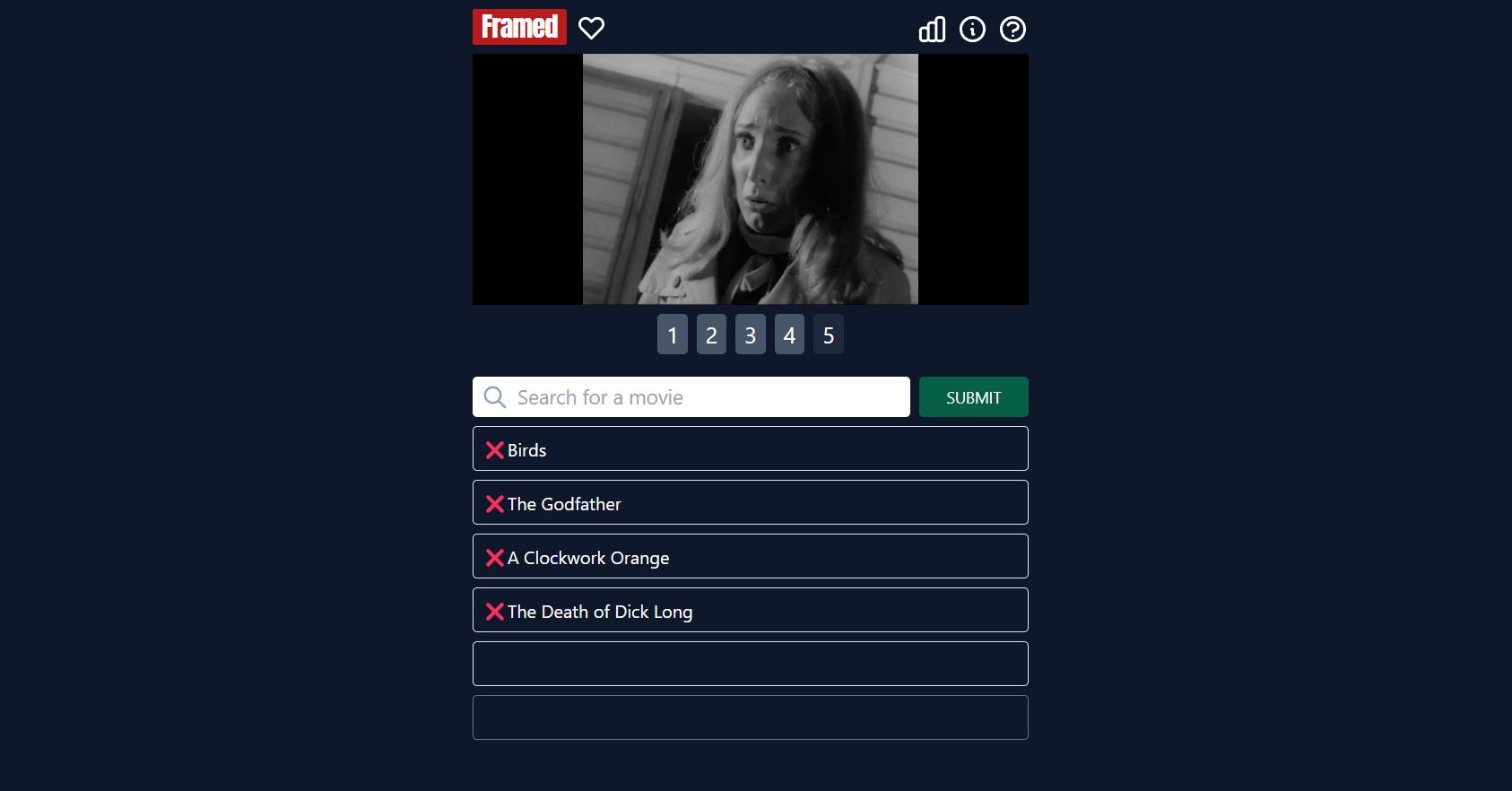 Just like Wordle, you have six guesses and the game resets at midnight ET. As noted by GameSpot, you can cheat at Framed by just dragging the image into Google Search, although in my experience, that doesn’t really help until you get to the later images anyway. At that point, you might as well admit defeat.

Less into movies but more into geography? Try Globle, the geographical Wordle clone. In Globle, the idea is to guess the country with the spinning globe indicating whether you're getting warmer or colder based on the color of the country you enter. There aren't really any clues other than the color of the country you guess, but there are a lot of countries out there, and some of those smaller ones can be pretty hard to spell.

More into music than movies? Heardle is the Wordle clone where you guess the song based on short audio clues. With every wrong guess, the audio clue gets longer until you eventually have 16 seconds of song to listen to. And honestly, if you can't remember a song after 16 seconds, you're just not going to.