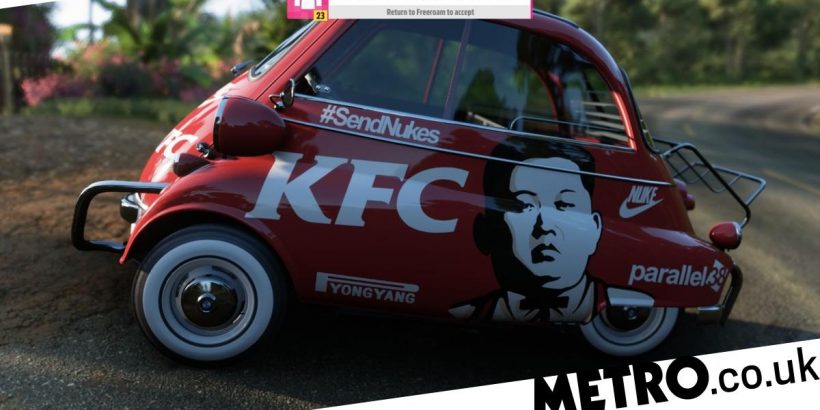 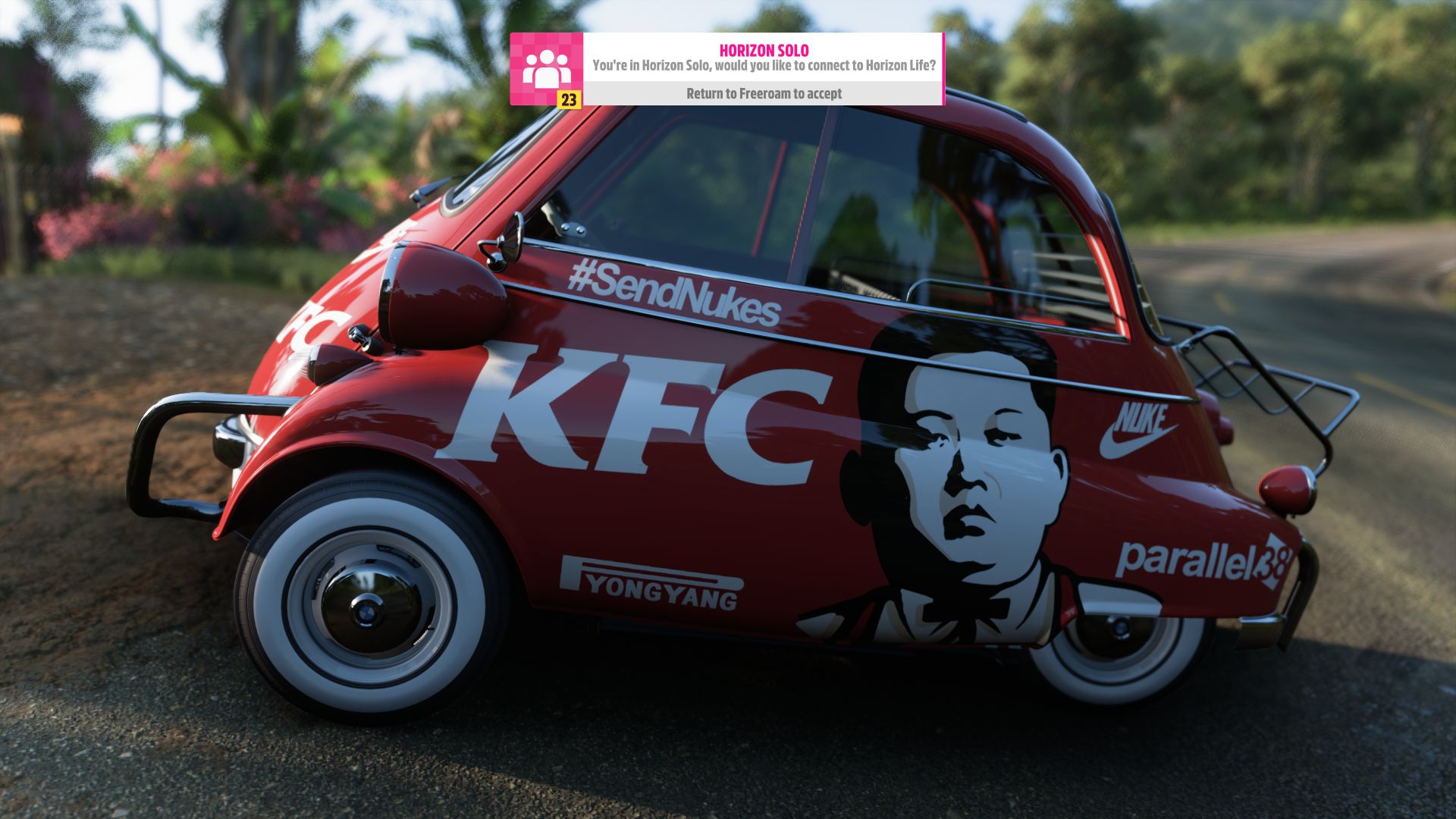 A fan will have to hope his robot body lasts until 9999 AD, as that’s how long he’s been banned from using Forza Horizon 5’s livery editor.

Nobody minds when cheats are banned from a game but being blocked for any other reason is often a point of contention, especially when you’re trying to make fun of North Korean dictator Kim Jong-un.

A Redditor has posted details of how a ‘friend’ has been banned from using the livery editor in Forza Horizon 5 until 31st December 9999. Technically that’s not a permaban but unless Futurama is secretly a documentary he’s not going to be able to use the feature anymore.

It’s not clear what exactly he was banned for, as while the ‘SendNukes’ hashtag seems to be the only potentially offensive element Turn10 (who oversee moderation of the franchise, not developer Playground Games) has a policy not to include ‘notorious individuals or organisations’.

The KFC logo is a reference to the fact that Kim Jong-un is supposedly a big fan of the fast food chain and was looking to open a branch in North Korea.

Although this case is open to interpretation (North Korea does have nukes but it’s not entirely clear what the hashtag is meant to mean) Turn10 has previously been accused of being heavy-handed with bans for the livery editor, so this one not getting through isn’t a surprise.

There’s no suggestion the creator has been banned from playing the game itself, just the livery editor – which is something most people probably didn’t even realise was possible.

Even if the player does end up as a floating head in a jar the fact is that Forza Horizon 5 probably won’t be on sale in the 100th century, as the licence for the cars generally only lasts a few years – with Forza Motorsport 7 recently being removed from the Xbox store after just four years on sale.