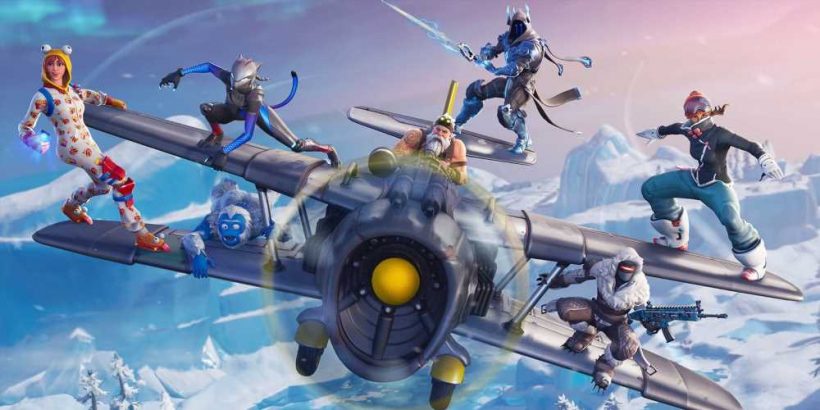 Fortnite's annual Fortnitemares event kicked off today, its trailer revealing Ash from Evil Dead, complete with his chainsaw arm, will be welcomed into The Loop. As always, the game's dedicated team of dataminers has been rifling through today's update, discovering that the game's Stormwing planes will be returning to the island next week.

VenomFNx appears to be the first person to have clocked that planes will be back in Fortnite as soon as next week. The player discovered a challenge that will task you with flying a biplane through a rift. Pretty difficult to do if planes aren't in the game, of course. Hypex has further highlighted VenomFNx's discovery, deducing that the Stormwing will be back at some point in the coming days.

A quick flick through the replies highlights just how split the Fortnite community is when it comes to planes. A dormant argument over whether they are overpowered or just good fun has already been revived. The vehicles were likely vaulted from most of Fortnite's modes due to complaints that they were OP, but if you don't take the game too seriously, it's hard to argue the Stormwings weren't a lot of fun.

Despite some requests to have the Stormwing return to Fortnite's competitive modes, likely by people simply fishing for an angry response, that seems unlikely. Unless the Stormwing has been heavily altered and nerfed, or it has been replaced with an entirely different plane. Those playing Fortnite's casual modes will see it return soon, and you'll need to fly one through a rift to complete one of next week's challenges.

Fortnite's planes were vaulted from every mode other than Creative during Chapter 2 Season 5, so almost two years ago. The skies might be the best place to be in the coming weeks as Halloween descends on the island. Fortnitemares has begun, and later this week, Black Adam will join the game. Here's hoping the skin doesn't come coupled with the ability to fly, otherwise there will be no escape from those who have unlocked Fortnite's second Rock.