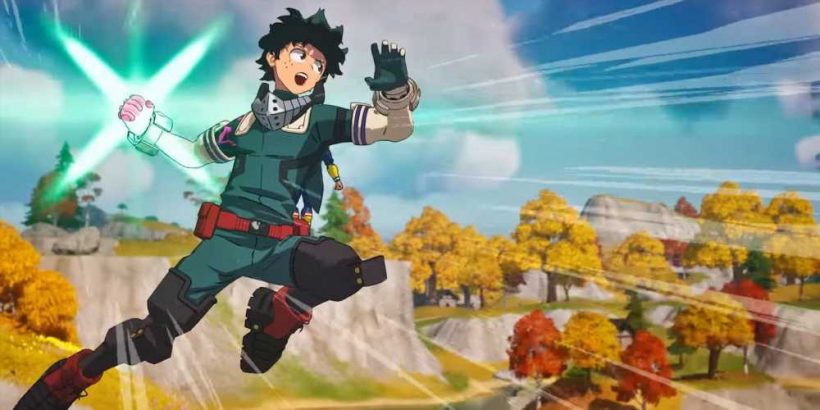 Fortnite's My Hero Academia crossover is in full swing, bringing new characters and cosmetic items along with it. While fans of both have been celebrating the collaboration, the Deku Smash move introduced to the game as a part of the team-up hasn't been quite as popular for a couple of reasons. Reasons that appear to have led to the move being temporarily disabled.

The news that Deku Smash has been disabled was revealed via the Fortnite Status Twitter account on Tuesday night. However, the reason why the move is no longer in the game wasn't confirmed. Epic just cites “an issue” as being the reason behind its removal. However, the timing of Deku Smash being disabled strongly suggests it was removed due to its potential effect on players with epilepsy.

Reports that Deku Smash might well trigger an epileptic seizure in some players started to circulate over the weekend. Players fearful that looking at the screen while the move is being performed, a move that is accompanied by some pretty bright flashing lights, might result in them having a seizure. A flashing lights warning was added to My Hero Academia's creative mode shortly after since the move can be used by multiple people at the same time.

The same warning hasn't been applied to Fortnite's regular modes, which might well be why the move has been disabled. The risk of the move causing seizures isn't the only reason some players don't like Deku Smash. It has also been accused of being overpowered as it can eliminate a player with full health and shield in one shot, and there's very little the player can do to counteract it.

My Hero Academia isn't the only 2022 Fortnite crossover that has brought a controversial new move to the island along with it. Dragon Ball's Kamehameha received similar complaints in terms of it being overpowered. No word yet on whether Deku Smash will be nerfed, return with a warning, or if it has been removed from Fortnite forever.