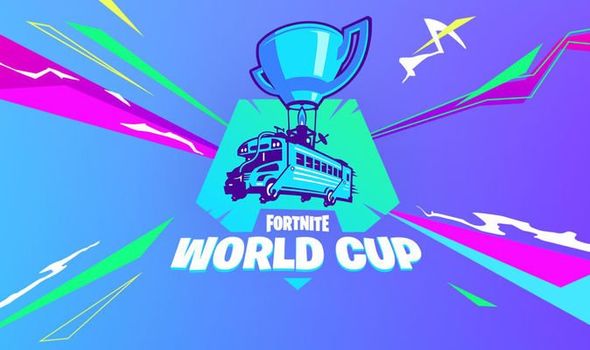 The Fortnite World Cup is gunning to become one of the most significant eSports events in the 2019 calendar.

The top 100 Solo players and the top 50 Duos teams will be competing for the massive prize pool, with each guaranteed at least $50,000, and the World Cup Solo Champion walking away with $3,000,000.

And we now have a full Fortnite World Cup Finals schedule, complete with start date details, released as part of the full Epic Games schedule.

And the good news is that you will get to watch all of the main action live on Twitch later this week. If you didn’t already know, the Fortnite World Cup starts on Friday, July 26, and will include a lot of great content.

It will include some of the best Fortnite players in the world competing for a chunk of the $30,000,000 prize pool on offer. The Fortnite World Cup will run over three days, with July 27 and July 28 hosting the big final matches.

Saturday, July 27, will feature the Duo Finals at 6pm in the UK, with the Solo finals happening at the same time on Sunday, July 28.

The opening time for the whole event has been confirmed for 5:30pm in the UK on Friday, July 26, with matches set to begin at 6pm.

For those in the United States, that will mean tuning in for around 9:30am, PST, following 30 minutes later by the first matches.

“Also, there may be local options to watch in other languages, please keep an eye on local social channels for further details. The show begins every day (July 26-28) at 12:30pm ET, with matches starting at 1pm ET.”

Unlike past Fortnite eSports events, the World Cup is something you can attend at the USTA Billie Jean King National Tennis Center’s Arthur Ashe Stadium, in New York City.

And if you have a ticket secured for the event, it means you will get access to number of events not being broadcast.

Here is the rundown of the day’s events, starting with Ticket holder access:

And if you were wondering about those Season 10 Battle Pass rewards, these have been confirmed for Ticket holders.

All ticketed fans who attend the three-day event will receive V-Bucks and a Season 10 Battle Pass, but they must be present to claim these items.

Everyone who attends the event will receive a code that can be applied to their Epic account to redeem the V-Bucks and Season 10 Battle Pass.

“The codes will be physically distributed at the event and will be limited to one code per attendee,” Epic Games adds.

“The Season 10 Battle Pass will become active with the Season 10 launch and not immediately upon receiving the code.”

Fortnite Season 10 will not begin until after the World Cup ends, with an early date in August expected to be announced soon.

So no new map changes are expected to be introduced before the start of the Fortnite World Cup, later this week.