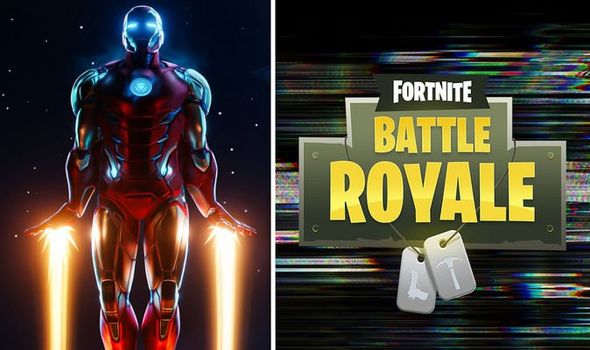 Fortnite fans can download a brand new patch, as update 14.50 comes to PS4, Xbox One, PC, Nintendo Switch and Android.

Announced in the early hours, Fortnite update 14.50 has a November 3 release date and a 9am GMT launch time.

Needless to say, as this is a big numbered update, the new Fortnite download will be accompanied by a period of sever downtime.

Players will be unable to login at around 8.30am, before being kicked out in full at 9am GMT. There’s no official downtime schedule, but you can expect it to last for a maximum of two hours.

The news was announced by Epic Games on Twitter: “Hey there, everyone.

“v14.50 jets in tomorrow, November 3, and prepares Fortnite for next week’s next-generation consoles! Downtime will start at approx. 4 AM ET (09:00 UTC).”

According to the Fortnite update 14.50 patch notes, the new download lays the foundations for PS5 and Xbox Series X versions of Battle Royale.

Judging by the tweet above, fans can also expect to see Iron Man’s Jetpack make an appearance in Fortnite Battle Royale.

Sound files for Iron Man’s Jetpack were recently discovered by dataminers, so it seems likely this will be the headline new item coming to the game.

The new update should also coincide with the release of Overtime challenges later this week.

Galactus is also expected to make his presence known in some form or another, whether in the Marvel Helicarrier or within the map itself.

The rumoured Galactus end of season event is likely still a couple of weeks away, but there’s likely to be a teaser of some kind.

As you can see from the full Fortnite patch notes below, Epic Games is also disabling the ability for parties to matchmake in Creative due to a crash.

You can see the full list of Fortnite update 14.50 patch notes below.

– We’re aware of an issue with the harvesting animation of the Burn Basher Pickaxe and have disabled it in competitive playlists. We’ll be adjusting this in a future update.

– Due to an issue, Gas Cans have been temporarily disabled in all game modes.

– We’re investigating an issue that is causing the Cozy Chomps and Ravage Outfits to display as Ramirez while in the Lobby and in a match.

• THWIP! Legacy not being awarded.

– The THWIP! Legacy isn’t awarded after meeting its requirement (immediately eliminate an opponent after pulling them with a Harpoon Gun during Season 4).

– Creative Matchmaking Note: In patch 14.50, we have disabled the ability for parties to matchmake in Creative due to a crash.

• Baller Movement is unnatural after exiting.

– After exiting The Baller, the vehicle may continue to move unnaturally and can jitter.

• There is no “Back to Hub” option in Creative Play server.

– There is a “Back to Hub” option in a Create server but NOT a Play server. The back to hub rift in an island does not work either.

• Team Size setting does not properly function when Join In Progress is set to Join Next Round.

– Team Size does not properly limit the number of players when join in progress is set to Join Next Round.

• Nintendo Switch audio may be delayed or dropped out.

– We’re investigating an issue that is causing audio to be delayed or dropped out for players on Nintendo Switch.