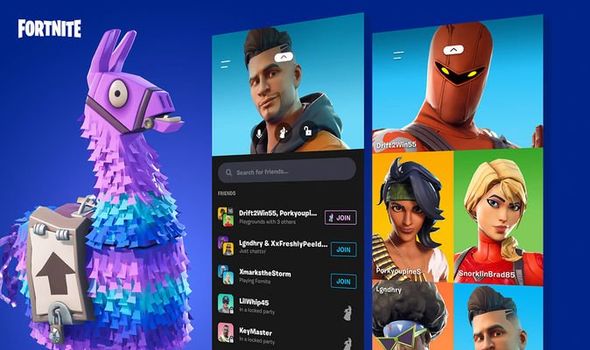 Fortnite update 10.31 patch notes have finally been revealed after another delay.

Fortnite Battle Royale fans can jump back into the game now that it’s back online on PS4, Xbox One, PC, iOS, Android and Nintendo Switch.

But the game is only available to fans who have downloaded and installed update 10.31.

According to the 10.31 patch notes, the new update makes big changes to the party system on mobile.

“Hang with friends while you’re on the go so the party never stops,” reads an Epic post. “See who’s online, party up, and play together. (Or just voice chat!”

The new feature lets mobile players see which friends are online, start a party and voice chat before jumping into a game on any platform.

Elsewhere, Storm Circles will no longer end in rift zone locations such as Retail Tow, Moisty Palms or Tilted Town.

Unfortunately, however, there’s no mention of the Batman event in the patch notes, which means we might have to wait a little longer for it to start.

Check out the full list of Fortnite update 10.31 patch notes below…

• Resolved an issue involving the Star Wand and AC/DC Pickaxes not doing the intended amount of damage.

• Because this issue has been resolved, these Pickaxes have been re-enabled.

• Storm Circles will no longer end at the following locations (in core and Arena modes):

• Resolved an issue in which Ziplines could give players an unintended effect.

• Because this issue has been resolved, Ziplines have been re-enabled.

• When a player is eliminated, their damage towards the Storm Surge threshold will no longer be removed from their remaining teammates’ total.

• Support-a-Creator codes can now be used for real-money offers in-game.

• More information on this will be available in a blog post later this week.

• Please note: For any Packs that contain V-Bucks, the revenue share will be applied to the Creator code that is entered when the V-Bucks from that pack are spent.

Connect with Fortnite friends on the go so the party never stops. See who’s online, party up, and jump in-game together on any platform. (Or just voice chat!)

Want to hang with friends in-game while you’re out and about? Now you can take the party with you! For more information, check out our FAQ here.

This new feature allows you to you use two apps at once on supported iPads! Supported iPad models include:

By enabling Multitasking, all iPads will have the ability to rotate the screen orientation to enter Portrait Mode.

If you don’t want to play in Portrait mode, enable Rotate Lock on your iPad.

From server on September 13

Resolved an issue involving some Mission objectives not measuring progress.