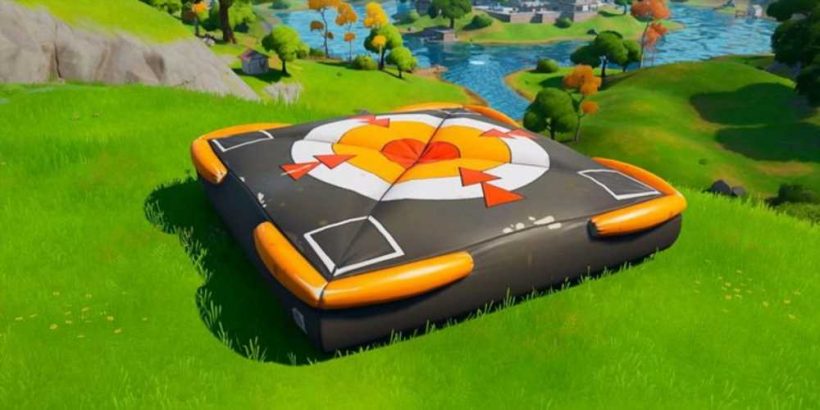 This week's Fortnite update was expected to bring planes back to the game, something quite a few players were pretty excited about. For some reason that hasn't happened, and instead, Crash Pads have returned to the game and are once again available right now.

Hypex confirmed the giant inflatable item is now in Fortnite once again, and players in the replies have echoed the dataminer's sentiment regarding the news. That it's a little random. While Epic Games vaulting and unvaulting items and weapons doesn't always have a deeper meaning, bringing Crash Pads back to Fortnite is a little odd. Not just because there is no real use for them, but because they were vaulted from the game a short while ago.

If there isn't a clear reason to unvault an item, then there's usually a long wait. The X-4 Stormwing planes, for example. Rumors started to swirl that planes would return to The Loop this week after a datamined challenge was discovered. One that can't be completed without a plane. That challenge was removed from today's update before it went live, meaning Stormwings are officially still on the shelf for now.

In defense of the u-turn, Epic never officially announced planes would be back this week. They're also not the most popular item ever added to Fortnite. While a lot of fun for some, many others consider the vehicles to be overpowered. Backlash to their unannounced return may well have deterred Epic from going through with it. Crash Pads are a far safer, albeit somewhat confusing option.

Planes and Crash Pads aside, most players are probably too busy celebrating Halloween in-game right now to have even noticed a relatively minor update went live today. Not only is Fortnitemares back, but this year it brought Evil Dead's Ash along with it. Epic also re-added police cars to the game last week. The vehicles were removed in 2020 following the BLM movement and worldwide protests.