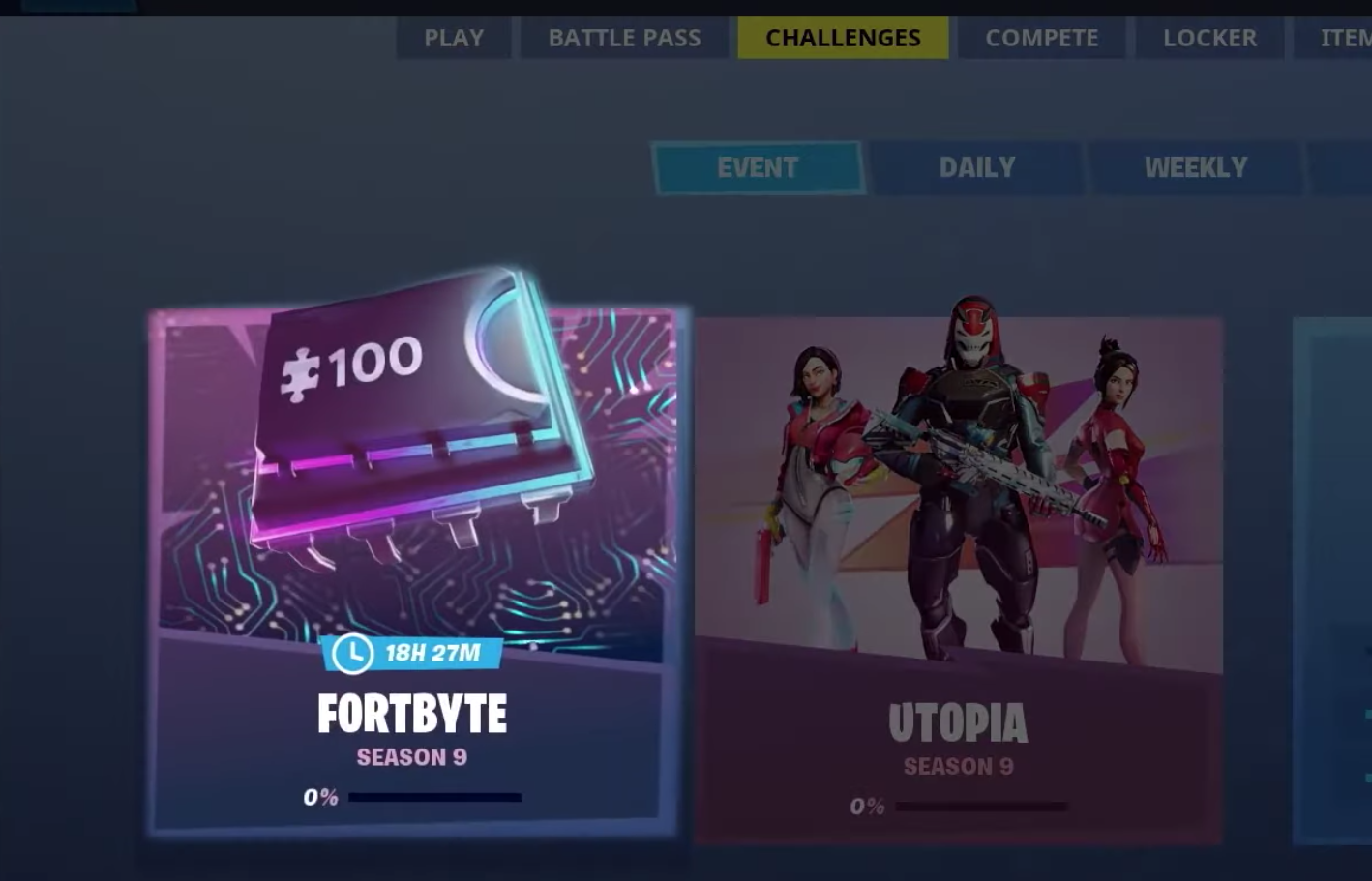 Fortbytes are a new type of Fortnite Battle Royale collectable you can locate throughout the game.

There’s 100 collectable Fortbyte computer chips to be found throughout the new Season 9 map.

But this is only for Battle Pass owners. If however, you’ve opted to not buy the battle pass, no Fortbytes for you.

According to the patch notes and trailer the more Fortbytes you collect, the more you’ll “decrypt” a mysterious image that can be found in your challenge tab on the main menu.

According to Epic Games the Fortbytes will slowly “uncover the secrets of Season nine”. So maybe they’ll be instrumental in clues leading towards the start of Fortnite Season 10. 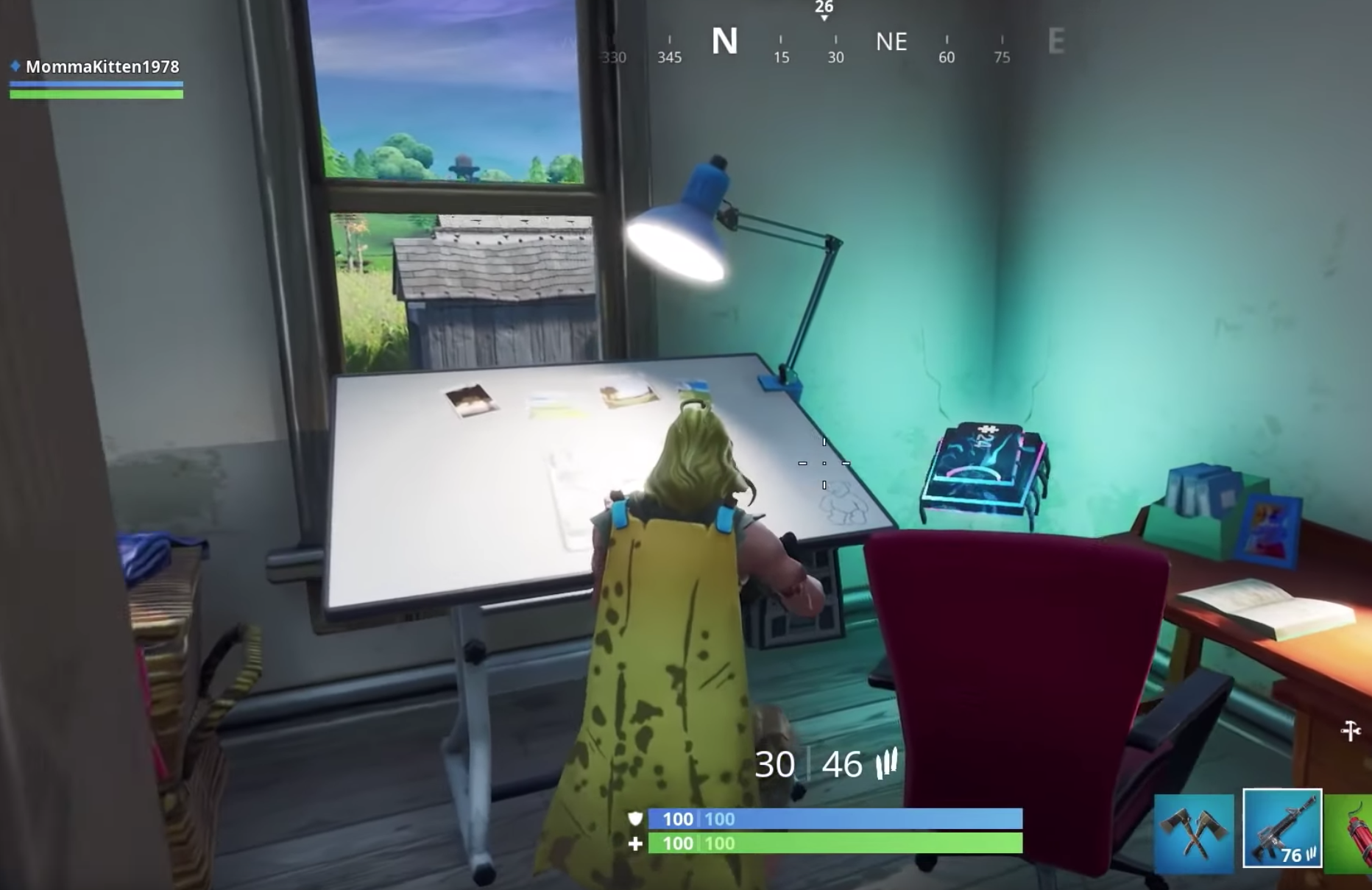 According to Epic Games, there will be 18 Fortbytes available to find on the first day of Season 9.

And then “at least 1 new Fortbyte will be unlocked each day” from then on.

You’ll need to check the challenges tab for “detailed information” on which Fortbytes are currently available and when the other Fortbytes unlock.

It’s not clear just yet exactly how you locate them. Whether you have clues or a marker on the map.

We’re sure given an hour ot two with the game it’ll become more evident.

For now though, the most important thing to note is that Fortbytes cannot be collected after Season 9 ends.

So don’t hang about and find them quick. 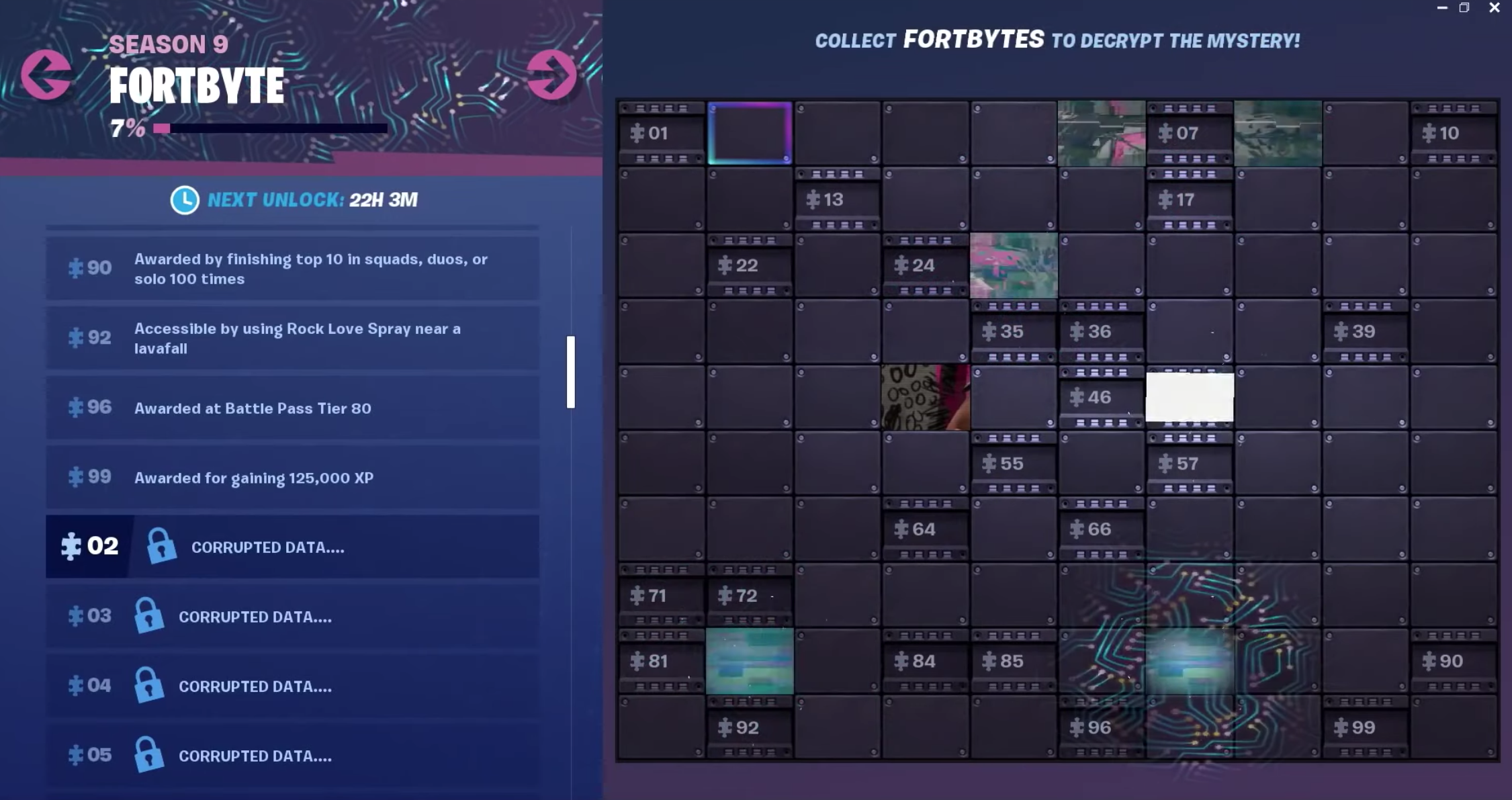 What are the Fortbytes rewards?

This is tricky, as obviously we don’t know yet what all 100 Fortbytes will actually give players in terms of rewards or unlock, but we already have some clues.

For instance we know that some of the new Fortnite Battle Pass skins can be upgrades somewhat by collective Fortbytes.

Twitter leaker @lucas7yoshi_ has noted that some of the skins, such as Sentinel, Vendetta and Bunker Jonesey (among others) will have new unlockable pickaxes, gliders and various other cosmetics by collecting the Fortbytes.

So that’s one thing. But we imagine there will also be a special reward for anyone who collects all 100.

For now, stay tuned for more details as we get it.