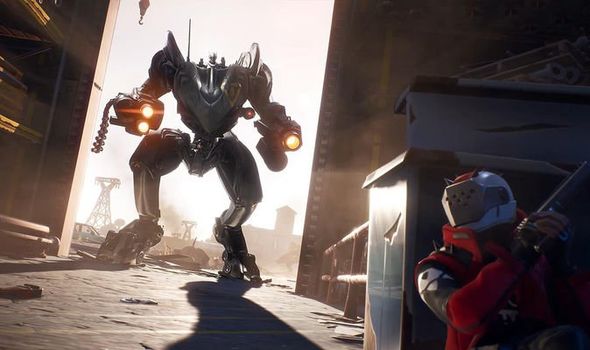 And some of the big new plans may have been leaked early and shared online by Battle Royale data miners and fans.

Fortnite gamers will have spotted most of the big map changes made last week during the start of Season 10.

And it looks like more are being planned for the near future, some of which will affect Tilted Towers.

According to a new post by known Fortnite data miner FortTory, Neo Tilted is set to be replaced in the near future.

This appears linked to a new unfolding story event linked with Rift Beacons, something that could explain the new changes being made.

“So a ”Riftbeacon” got added in the files. It has connections with the Nexus, Rift, ZeroPoint and it has sounds in the…Athena/Events… file,” FortTory explains.

“Which basically means there is a high chance that this is for Battle Royale.

“Might be a beacon that activates the rift and let Neo Towers change to Tilted Town?”

Tilted Town looks set to be the next big location change being primed by Epic Games, although this remains speculation for now.

The new area will host a clock tower and different buildings to the current Neo Tilted, but there’s no way of knowing for sure when these changes might occur.

“Time is twisted and the Zero Point has become volatile in Season X. Whether you’re nostalgic for the past or excited for the future, there will be plenty for you to discover all Season long,” Epic Games revealed in a recent statement.

“Locations once thought to be lost have begun to appear on the island, but they aren’t the same as they once were…

“Board the Battle Bus and drop in, but keep an eye to the skies to spot the new Season X mech vehicle, the B.R.U.T.E. Crashing on the island as the Battle Bus takes off, these merciless mechs seat two players and works best with a partner, so grab a squadmate, hop in, load up, and roll out.”

Another new leak this week appears to have shed more light on the new Season X missions coming to the game. Much like Challenges, Missions help unlock rewards by completing a series of thematic objectives that will send you on adventures across the Island.

These Fortnite Season X Missions will be added to the game over the coming weeks and currently include these titles: Worlds Collide, BlockBuster, A Helping Hand, Knights of Honor, Hot drop / Smash & Grab, Boogie Down, and Space Race.

Here’s more on those new Missions coming to Fortnite during Season 10:

And any Challenge that previously required Daily Challenges to complete can now be completed with Limited Time Mission Objectives.