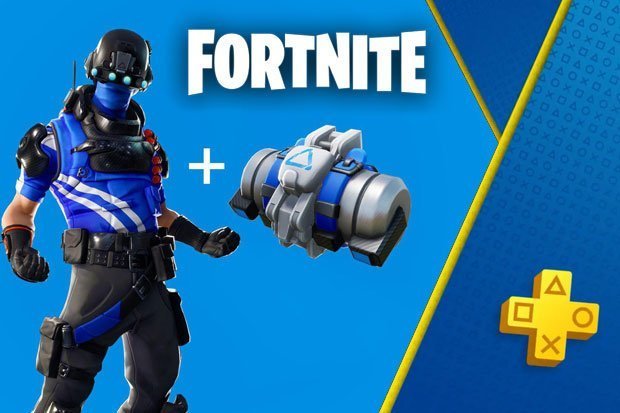 Epic has released yet another free PlayStation Plus pack and that adds more skins and content to the game for people playing on the Sony console.

The newest pack contains Carbon Commando Outfit and the Carbon Pack Back Bling – so anyone that was wondering how to get these items when they leaked back in the v8.10 shop leak will now be satisfied… if they have a PS4 and a PS+ subscription.

It’s apparently live in the Australian PSN now, and we can expect it to land on US and UK stores very soon.

Previous promo packs like this came with gliders, axes and contrails, too – but it seems this time players can only expect the skin and the back bling… maybe we’ll get more bonus cosmetics later.

You can see the two new cosmetics – as well as details on how to acquire them – below.

Fortnite and Sony have made these new items available to players via a free download – if you are a member of PS+.

To get the Carbon Pack, simply make sure you’re logged into your PlayStation account, with an active PS+ sub, and from there you can head to the PSN tab on your PS4 and search Fortnite to see the newest pack (when it goes live).

You can also read more about the benefits of having a PlayStation Plus membership here.

What is PlayStation Plus?

Here’s what you get:

More important than any of that is the fact Sony give away 24 PS4 games a year, completely free. And on top of that, a whole host of PS3 and PS Vita games as well, just to sweeten the deal.

So, when you think about it, signing up to PlayStation Plus is a bit of a no-brainer, really.

What are the FREE PlayStation Plus games, right now?

In March 2019, players can download Call of Duty Modern Warfare Remastered and the exceptional puzzle game from Jonathan Blow, The Witness.

Both games are available to download today… but are they any good?

Activision’s colossal Call of Duty series is instantly recognisable to most people that owned a console this or last generation, but has Modern Warfare aged well since its 2007 release?

And is 2016’s The Witness – an enigmatic first-person puzzler set on a seemingly-deserted tropical island, dotted from one end to the other with a vast network of interconnected puzzles – worthy of that precious space on your hard drive?

We’ve pulled together some of the main review scores and opinions for both games on the link. So click through if you want to know if these games are worthy of your attention.

As a reminder, this month’s PlayStation Plus line-up no longer includes PS3 and PS Vita games, as from this month they’re no longer offered as Sony looks to phase out their legacy consoles.