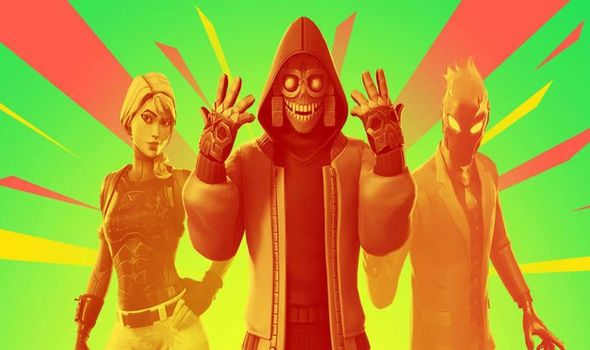 There’s been a lot of headline-grabbing changes made to Fortnite as part of Season 9, but one focal point for fans is the new shotgun weapon.

As you might imagine, seeing the Fortnite Battle Royale map dragged into the future is a big event for Season 9.

It includes new locations such as Neo Tilted, Peely’s Banana Stand and the Nugget Hut, not to mention the new Slipstream wind transportation system and Air Vents that can be used to navigate the map.

But another massive addition to the game, something that could affect the current meta, is the change in which shotguns are available in the game.

The inclusion of a new Shotgun is big news included in the Fortnite patch notes, but it also comes with the added surprise of the vaulting of the Pump.

This has made some considerable waves in the community, who are worried about the new changes in what weapons are available.

Epic Games has released a statement on why they decided to vault the pump, telling fans: “We want the beginning of each Season to feel fresh and allow for a new gameplay experience along with all the new Seasonal content.

“Whether its new cross-map mobility, new weapons, or just new places to drop – you should feel like there is plenty to explore and experience.

“Specifically when it comes to Pump Shotguns, they stand out significantly: they currently account for over 26% of eliminations in default playlists, with the next weapon type not even coming close.

“Rather than nerfing the Pump Shotgun to a point where it no longer lives up to its fantasy, our preference is to return it to the vault, giving us an opportunity to revisit the general balance of the item, while introducing a new shotgun.

“Our goal with the Combat Shotgun is to provide an item that fills a similar niche, but with a different risk and reward. We’re excited to see how you all use the new shotgun and look forward to your feedback on this shift.”

The official patch notes offer more insight into today’s changes, confirming the kind of punch the Combat Shotgun can muster.

Epic Games describes it as having a tight spread and fast fire rate, with a headshot multiplier of 1.70x.

The new shotgun reloads two shells at a time and is available in Rare, Epic, and Legendary variants.

Some fans have been left frustrated by the new changes, while others support Epic Games trying to change things up on the island.

One fan writes: “It’s almost as if they are trying to break up the meta by taking out a weapon that accounted for 25%+ of eliminations,

“The new shotgun isn’t like the pump, so don’t use it like the old pump and expect the same results.

“The games constantly changing and shifting, adapt or move on if you can’t handle not having your precious pump.”

It’s hard to say if the new changes will stick or if Epic will decide to roll some of their changes back, but the first week of Fortnite Season 9 should prove very interesting.