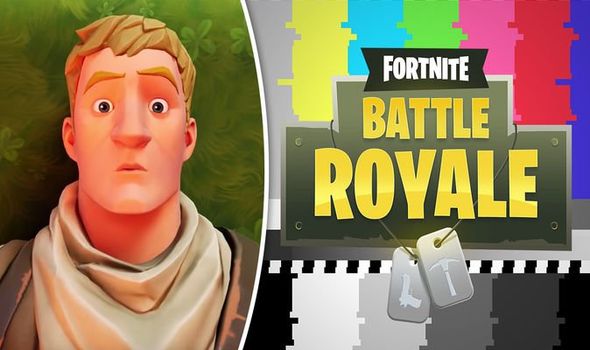 Fortnite Season 10 downtime has started, which means update 10.0 patch notes have been revealed by Epic Games.

The Fortnite update 10.0 patch notes are quite the read, containing news on new items, weapons and much more.

According to the Fortnite update 10.0 patch notes, Season X introduces the BRUTE mech suit, which can be piloted by two players.

“Few suits make you feel as powerful as a mech suit does,” reads the official description. “In this two-person vehicle players can control its movement while their partner controls its firepower.”

Redeploy has also been vaulted, although it will remain in larger game modes.

But perhaps best of all is the news that the Season X Battle Pass can now be gifted.

“The Season X Battle Pass is available now and for the first time, it’s giftable! Unlock exclusive Outfits, Emotes, Wraps and more as you play through Season X!”

Elsewhere, Rift Zones will change the points of interest on the map, while missions have been added to the Battle Pass.

Check out the update 10.0 patch notes below…

• This vehicle can be operated by up to two players. If two players are operating it, one (the driver) controls movement, while the other (the gunner) rains down missiles and shotgun shots.

• The driver is able to:

• Stomp enemies and structures into the ground.

• Anything you would normally harvest will grant materials when destroyed.

• The passenger has two weapons at their disposal: a shotgun and a missile launcher.

• After releasing Trigger, or after 10 missiles have been loaded, all missiles will automatically fire.

• Consumes 200 of any Material type to create a personal overshield for 5 seconds to protect you in the mech.

• Fixed the Heavy Shotgun not piercing through water in modes where it is available.

• The Storm Scout Sniper Rifle no longer has perfect hip-fire accuracy after aiming down sights.

• Boogie Bombs and Grenades no longer pass through vehicles.

• Missions are a series of thematic objectives that grant rewards. As you complete these objectives, you’ll earn Battle Stars, XP, and exclusive cosmetic items.

• More information about Missions can be found in the Battle Pass and Challenges tabs.

• Fixed an issue involving players getting stuck under a ramp as it’s placed.

• Season kicks off with Solos and Trios Arena.

• Hype will be reset at the start of Season X, with a new scoring structure in place.

• 10 Divisions – point values have been increased, but progression should be roughly the same. The bolded divisions are new.

• Matchmaking in Arena is still based on players with similar Hype. Players in higher divisions may experience longer-than-normal wait times to ensure higher-quality matches.

• Improved level streaming performance for all platforms by optimizing the way assets are preloaded. This reduces cases in which players land on buildings with a low level of detail, particularly on Switch and Xbox One.

• The Ride the Pony Emote is now a traversal Emote.

• Players who earned the Ride the Pony Emote from the Season 2 Battle Pass have been given a new, additional traversal Emote: Pony Up!

• Increased the volume of distant gunfire and Gliders. 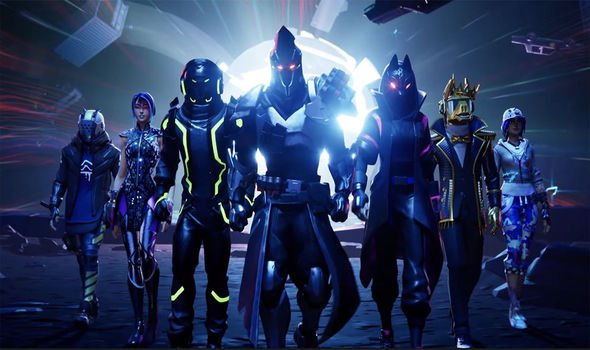 • Ambient sound no longer cuts out when players walk between biomes.

• Fixed a Lobby camera issue when returning from a replay.

• Fixed an issue that prevented the selection of different players in the Lobby after switching from different game modes.

• Selecting Leave Match no longer prevents a player in your party sitting out in the Lobby from entering matchmaking.

• A new camera mode, Battle Map, has been added to server replays. This camera mode shows:

• A path of where the followed player has been during the match.

• The locations of the eliminations the followed player has done during the match.

• We’ve re-tuned Auto-fire for every weapon with this update and would love specific and detailed weapon feedback so that we can continue to improve it.

• If you want to try it out and don’t use Auto-fire already, go into your HUD settings and enable Auto-fire.

• Added a new setting: Tap to Search/Interact for Controllers.

• Added a message for devices on Android that have the Sensor Pressure settings (S8, S8+, S9, S9+, and Note 9) to inform players about the settings being active.

• Players would unintentionally return to the Home screen due to this setting being active.

• We’ve increased the size of buttons and icons in the following areas:

• The button for skipping cutscenes is now visible on Android.

• The Settings Menu will properly display when language is set to Spanish.

• The text on the menu buttons in the Settings Menu is aligned.

• Quick Heal button won’t appear when falling or after opening the map.

• Scaling the Quick Heal button in the HUD Layout Tool won’t cause the icon to change to the item’s icon in the inventory.

• Quick Heal button won’t disappear from the HUD Layout tool when another button is modified.

• Players are able to open doors or Chests while using the ADS button.

• Added header on multiple widgets in the HUD Layout Tool.

• Graphical improvement of the blue variant of the Sea Wolf outfit.

• Freefall icon will be displayed when falling to the map.

• ADS button won’t be displayed when driving a vehicle that you entered while holding a gun.

• When updating the Banner Trooper outfit, players won’t disappear in the Locker, and the proper Banner will be displayed.

• Edit button will be displayed when using passenger seat.

• Screen won’t turn black when looking inside of a body of water.

• Jump button won’t remain greyed out after players press it.

• Tapping with interactable items in Edit mode will no longer cause the camera to lock.

• Player won’t be able to edit through structures.

• Ex: Looking at your wall and being able to edit another structure (floor, ramp, roof).