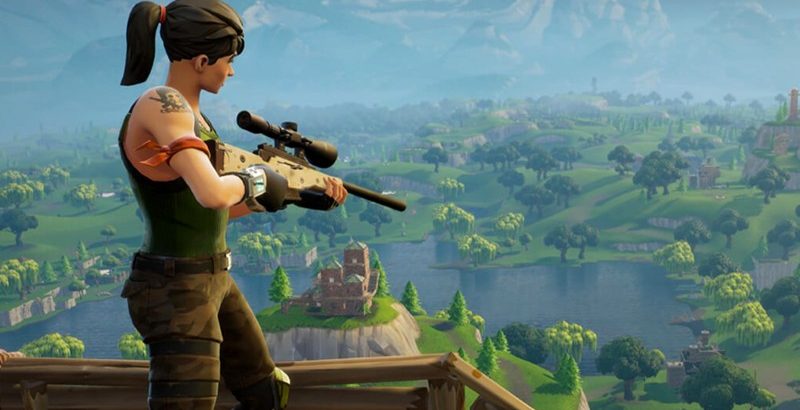 If you play Fortnite on Switch, you’re probably already aware of how much the console’s gyro aiming options can up your game. Now, gyro aiming is making its way to PlayStation 5, PlayStation 4, PC, and Android devices with the now-live v19.20 update. And that’s not all: gyro aiming across the board has been greatly improved thanks to a collaboration with input specialist and Flick Stick creator Julian “Jibb” Smart.

For the uninitiated, the Flick Stick is an input on analog sticks that allow for quick turnarounds. For example, with Flick Stick enabled, you could quickly flick your right analog stick down to do an immediate 180-degree turn. In a game like Fortnite, quick turns like that can greatly enhance your ability to survive. Add in the extra precision that gyro aiming provides and you’ve got some Victory Royales in your future.

“Enable or disable gyro controls in the ‘Touch and Motion’ tab of the settings,” an Epic Games blog post reads. “Do this by toggling ‘Gyro Aiming’ to either on or off. When on, you’ll be able to control the camera by turning the controller. This offers more precision than standard stick aiming, but it doesn’t have to replace it entirely. Usually, players will still use the right stick for most camera control while using gyro aiming for finer adjustments that are difficult to do with a thumbstick.”

When you dive into the Touch and Motion tab, you’ll notice all sorts of new options and that speaks to Fortnite’s new and improved gyro aiming and Flick Stick controls, courtesy of Smart – for an in-depth read about how Smart, a Fortnite community member, shot his shot and pitched Epic Games all-around better gyro aiming controls, be sure to read Game Informer’s feature about the developer.