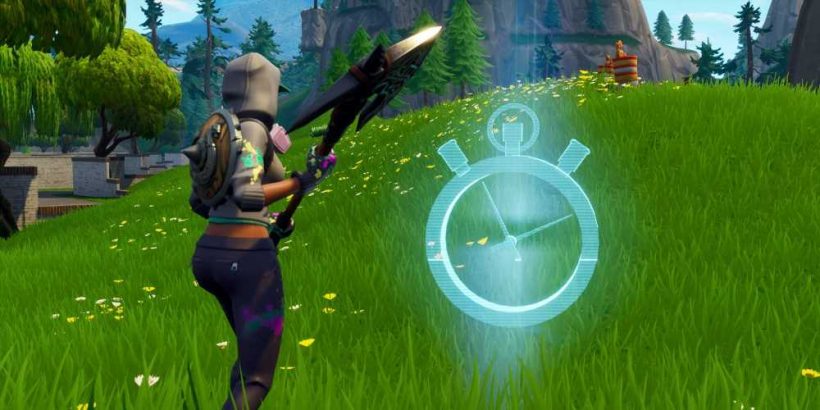 Update: Downtime is now over and the servers are up, so you should be able to access the game and experience all of that new Dragon Ball content without issue.

Today's the day. The day that Fortnite's highly anticipated Dragon Ball crossover goes live. A number of players will already be queuing so they can be the first to experience the latest collab, but they might be waiting a while. Downtime is taking a little longer than usual, reportedly due to “an unresolved incident”.

That's according to renowned Fortnite player and leaker, Hypex. Hypex revealed the message relayed by Epic on Twitter a short while ago, and at the time of typing this, the Dragon Ball update is yet to go live. That means Fortnite is currently unplayable, and there's no word on how long that will remain the case.

A number of people have been firing up Fortnite and attempting to log in, only to be placed in a queue, something that is starting to become all too familiar to some players. The same problem occurred when the Resistance season went live, introducing a zero-build mode to the game for the first time. Some players were placed in queues an hour long at the time. As of right now, things have not gotten quite that extreme, but players appear to have been placed in queues as long as 50 minutes ago at the time of this article being published.

While whatever the unresolved incident is might never be revealed, there's every reason to believe a lot more people will be playing Fortnite today than usual. When the rumored Dragon Ball crossover was confirmed last week, the tweet officially revealing the news became Fortnite's most liked in just 13 hours. As for what the collab will include, Goku leads the charge with what appears to be multiple skins, and a number of other popular Dragon Ball characters are coming too.

If you were planning on being one of the first to be a part of the Fortnite x Dragon Ball crossover, you now have a decision to make. Jump into a queue right now and wait an undetermined amount of time for the issue to be resolved, or keep an eye on Twitter for news on when downtime is over and jump in without having to stare at the same screen for an hour or more.