Fortnite has taken a little break from its Marvel-themed crossover to celebrate the Halloween season with the Fortnitemares 2020 event, which is chock full of new environments, secrets, challenges, and more. Included in the new Cursed Castle hub is the Pumpkin Hunt, where special pumpkins have been hidden for players to search out. We can help you start off your Halloween right by tracking them all down and completing this early challenge with our guide.

The new hub area, The Cursed Castle, is completely decked out in Halloween decorations, including piles of jack-o-lanterns, ghosts, and cobwebs. In order to complete the Pumpkin Hunt challenge, though, you need to find eight very specific pumpkins hidden within the hub. Finding them all will open the castle for you to explore.

Related: Somebody Made An Open World Fantasy RPG In Fortnite 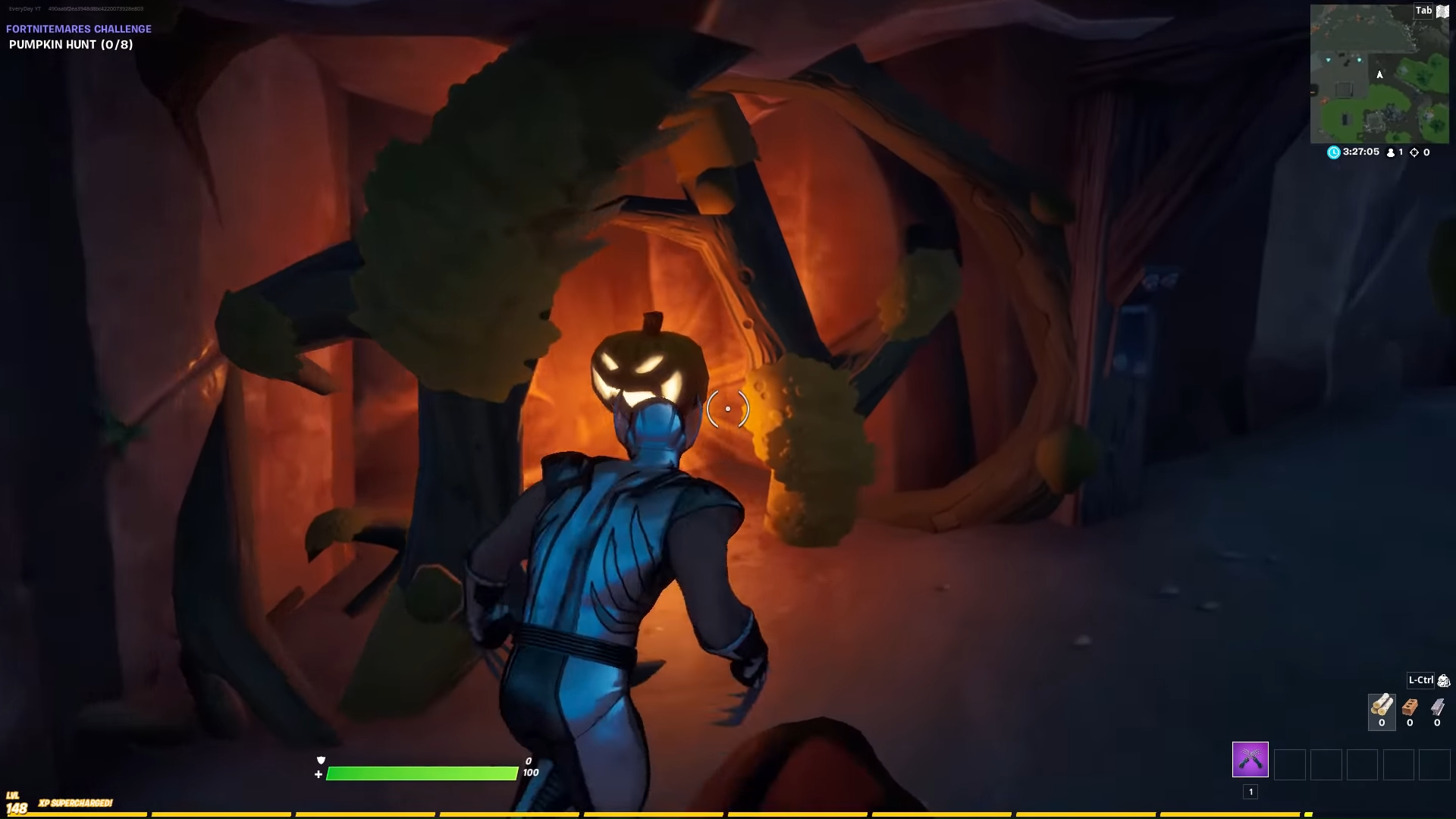 From the spawn, head to the right exit of the courtyard and jump over the fence where you will spot a spooky well. Jump down it and run along the cave to the first floating pumpkin on the left.

Keep going through the cave, breaking through any cobwebs in your way, and all the way up the winding staircase. On the top floor of the building you come to, jump over the barrels next to the scarecrow and bookcase to grab the next pumpkin hidden behind them. 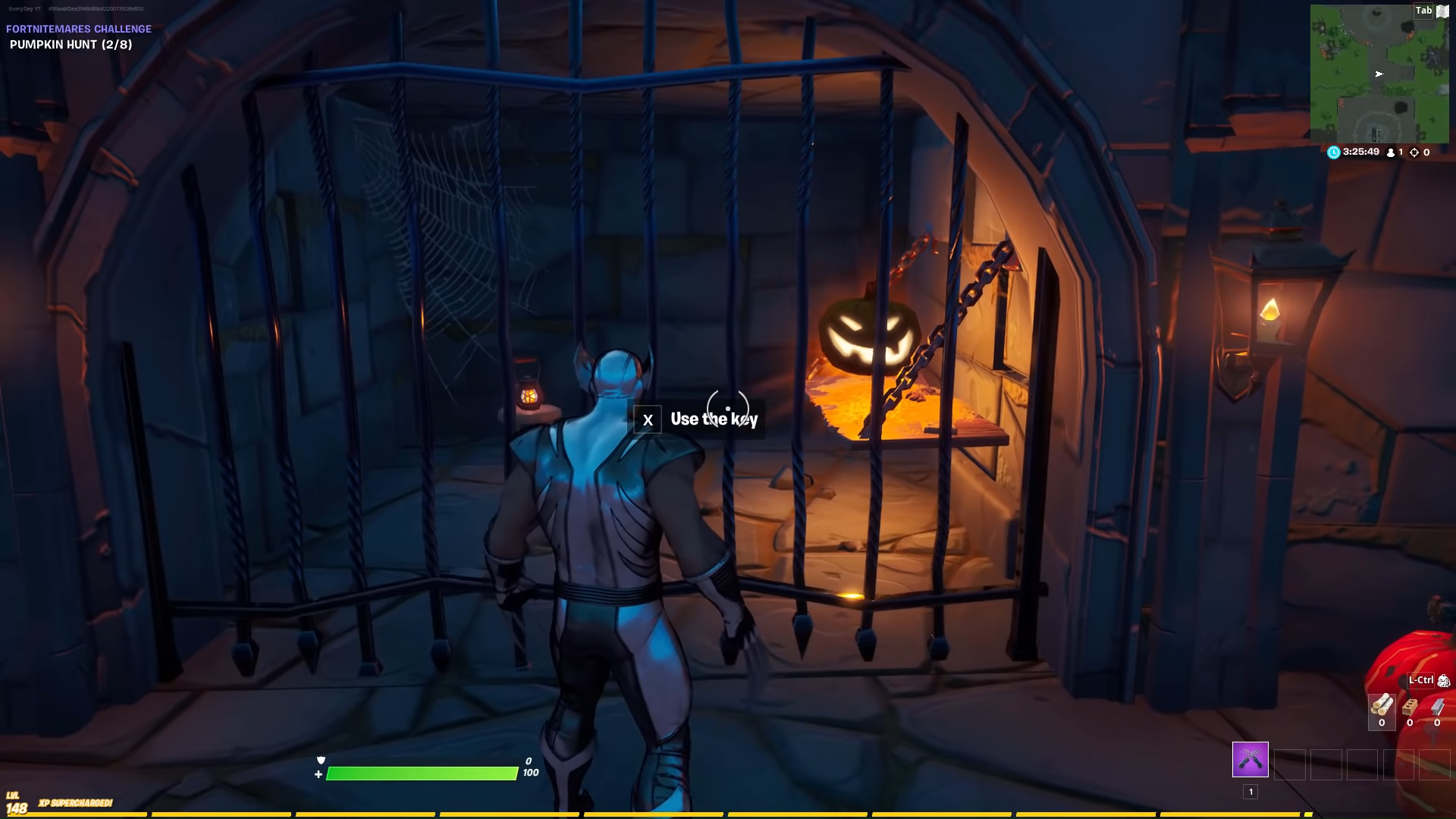 Return to the hub now, and this time turn around and go through the metal gate to the South. Head up the stairs and to the right through a second gate into a small graveyard. Break through the only grave that is covered in smooth cement and loot the dungeon key from the coffin. Go back down the steps and take a right down some more stairs, take your first right through a hallway with a bunch of ghosts in the air, and use the key on the cell along the right wall to reach the next pumpkin.

Go further into the tunnels until you find a staircase on the left leading out and directly into a creepy church looking building with a glowing green circle in the middle. Stand on it for a moment, then proceed ahead through the open door. Climb up the stairs to the very top, jump out the hole in the wall onto the roof, and grab the pumpkin sitting on the box by the ledge. 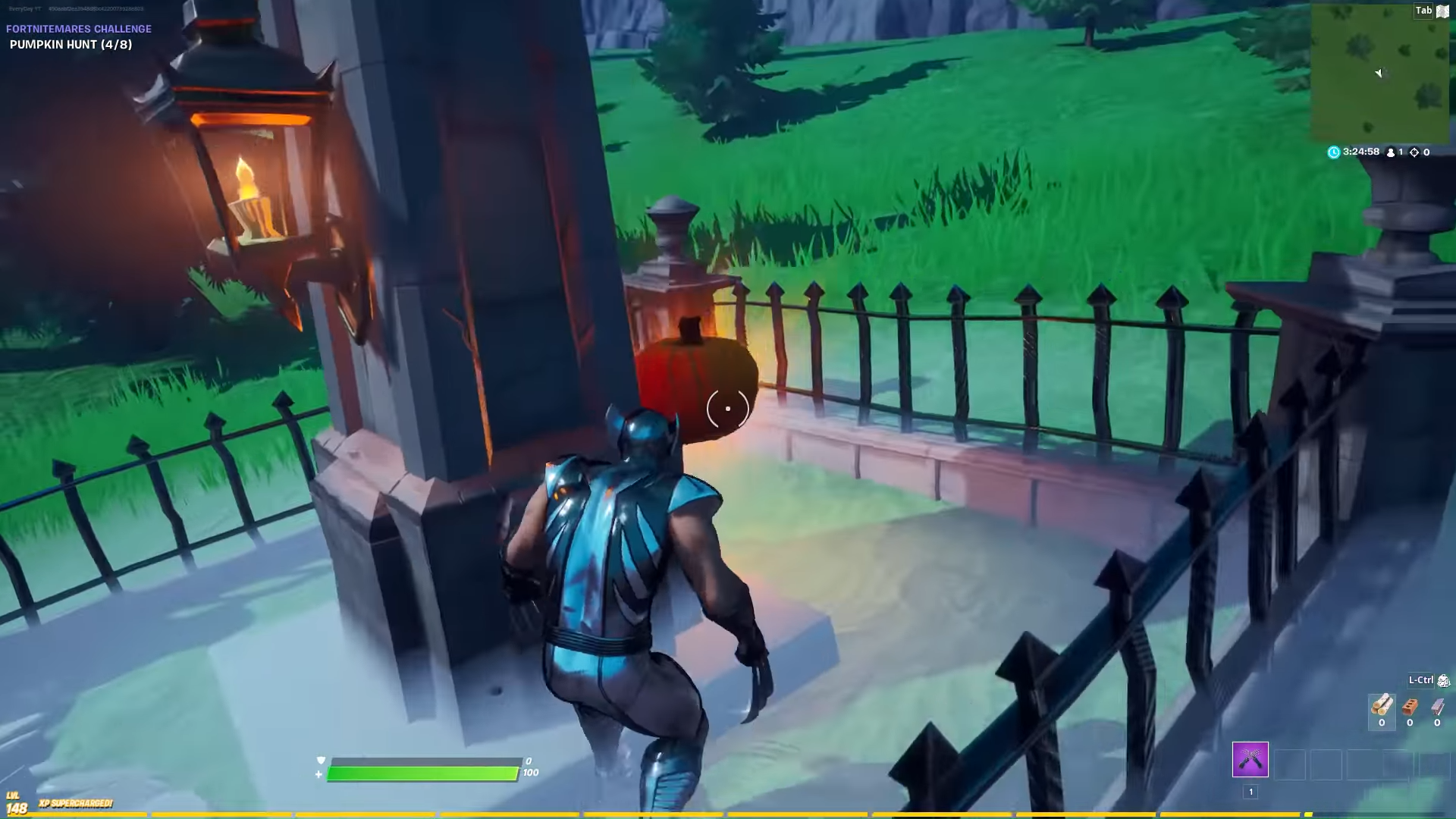 Jump off the roof towards the South and head for the single stone pillar with a lamp. This next pumpkin is just behind it.

Go directly East from the last pumpkin, past some impaled jack-o-lanterns, until you come to a pumpkin patch. You will need to platform from a crate here onto a series of wooden posts to get high enough to collect this pumpkin. 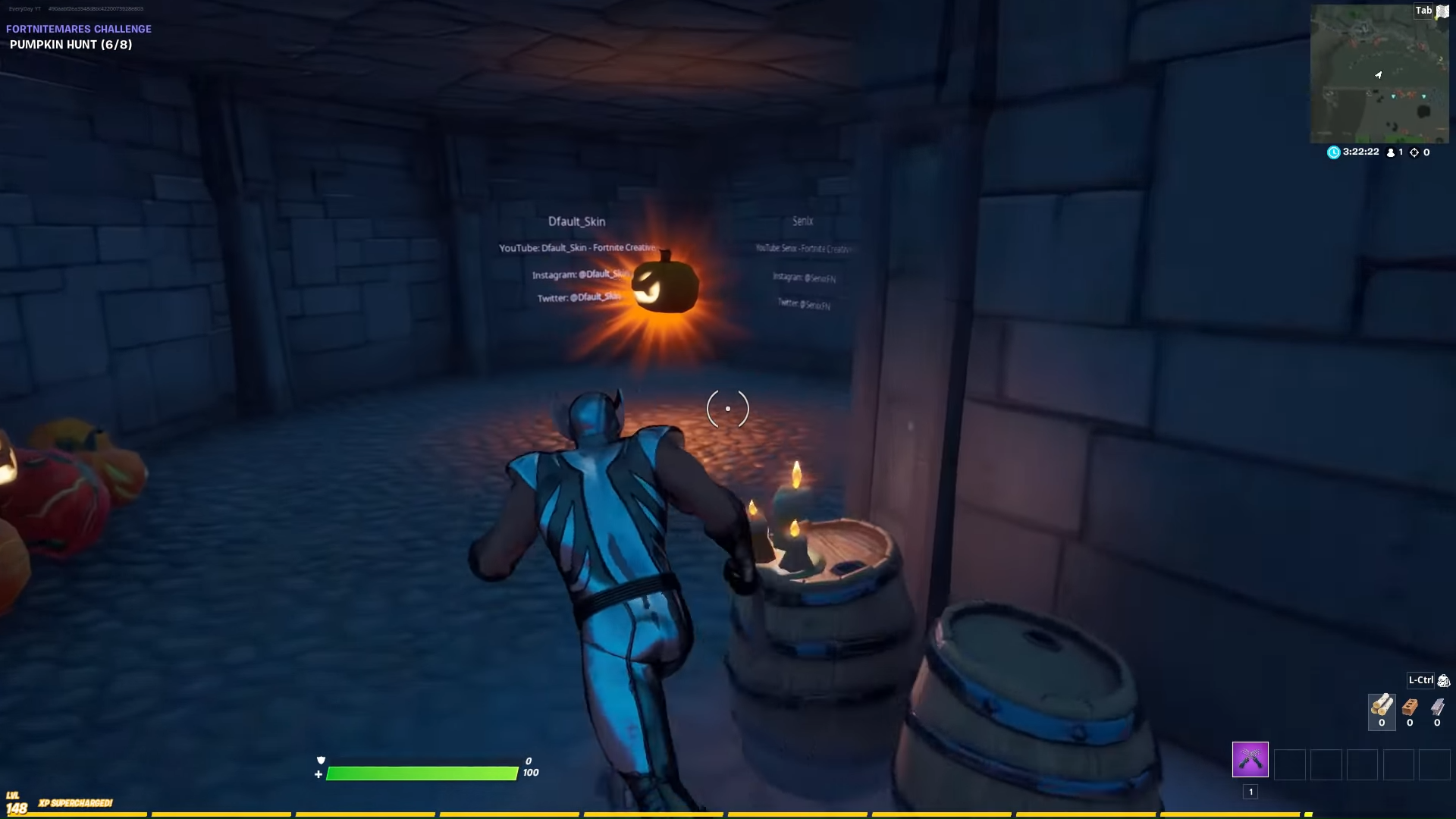 Jump back to the hub and head forward now, taking a left by all the portals, and into the small hallway. The pumpkin is just around the bend.

This last pumpkin is opposite the last, to the right of the portals in the hallway the leads to the map area. It’s not hidden at all, so snap it up to finish the challenge and gain access to The Cursed Castle.

Next: Warzone And Fortnite’s Halloween LTMs Are Spookily Similar 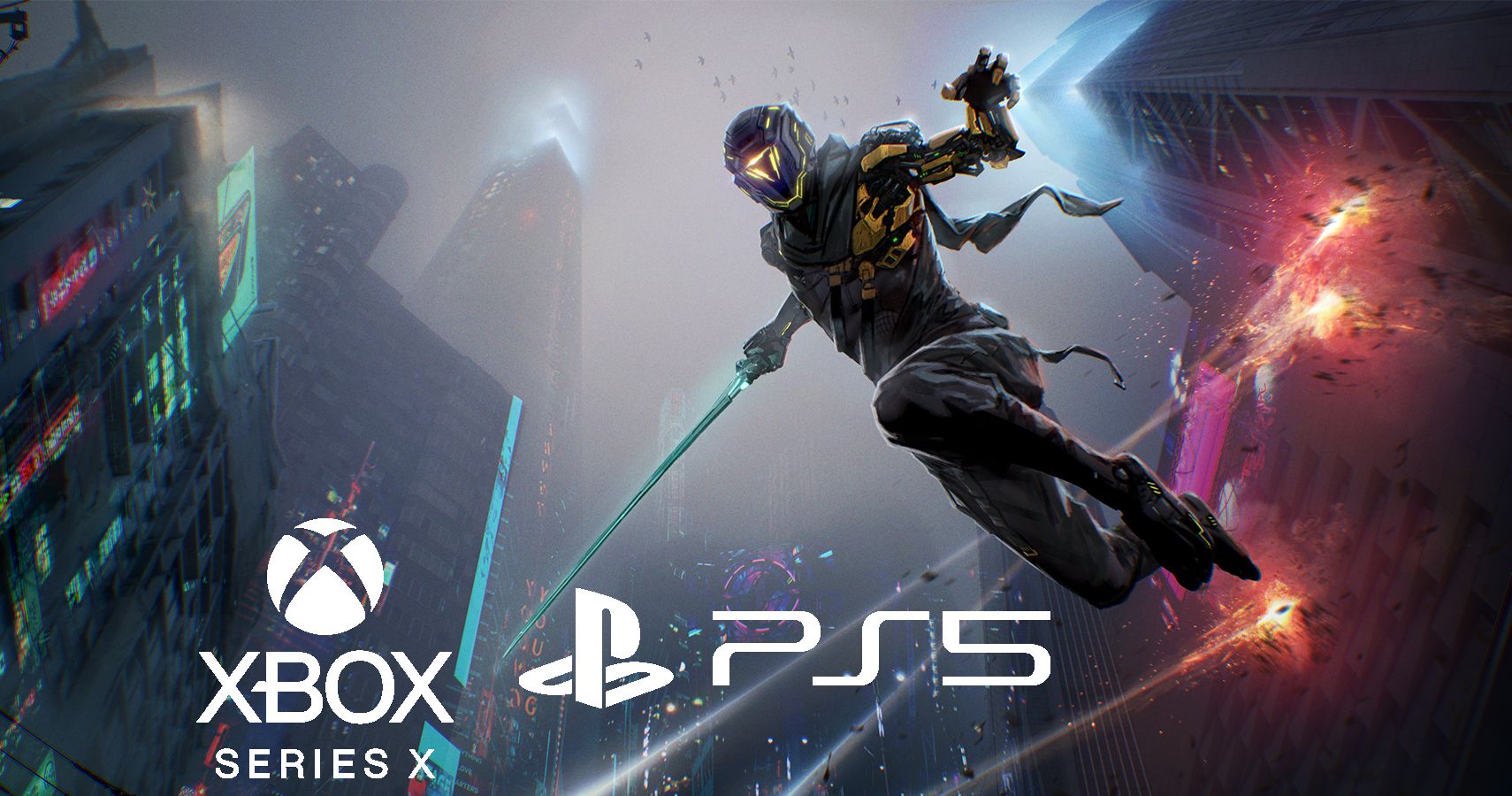