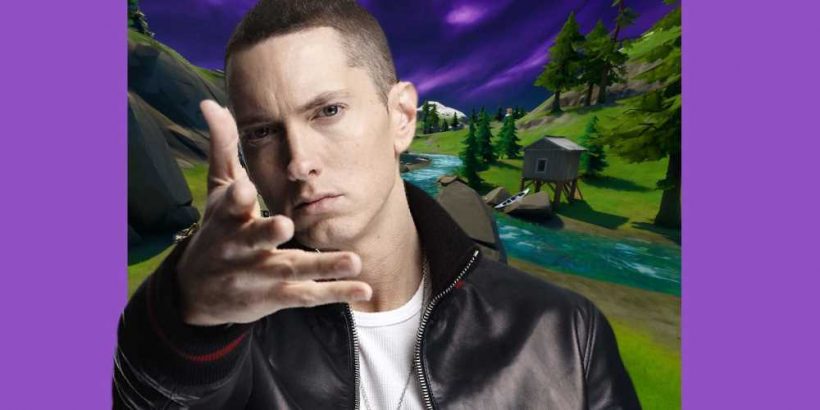 It’s official. Fortnite and Eminem are teaming up for a collab.

The news was just confirmed on the in-game Icon radio station (via well-known Fortnite leaker HypeX). This comes after several days of Icon radio only playing Eminem songs–a sure hint that a collaboration with the famous rapper was on its way.

Last weekend, another Fortnite leaker by the name of iFireMonkey noted that Icon radio was only playing "53 minutes of Eminem songs." In the past, this has preceded a collaboration event that could include things like emotes, skins, and other cosmetics. However, iFireMonkey noted that there are "zero skins currently encrypted so it might be something smaller like an emote or a music pack."

Fortnite has truly embraced music collaborations over the past few years, playing songs on in-game radio stations and even hosting in-game concerts for Travis Scott and Ariana Grande. We don’t know what the Eminem collaboration will entail just yet, but it could be something similar, or it might be a more humble collection of in-game cosmetics.

In case you were wondering what songs are currently playing on Icon radio, here’s the set list:

In other Fortnite news, the Dragon Ball Super crossover event is in full swing. Skins for Son Goku, Beerus, Vegeta, and Bulma are available, there's a bunch of new Dragon Ball-themed emotes (including everyone's favorite Fusion Dance), and there's a Dragon Ball Adventure Island which features replicas of locations from the show. There's even a cruise ship with a big TV where you can sit down and watch Dragon Ball episodes.

Fortnite x Dragon Ball runs from now until September 17. We'll be sure to provide more details on the Eminem collab as Epic announces them.