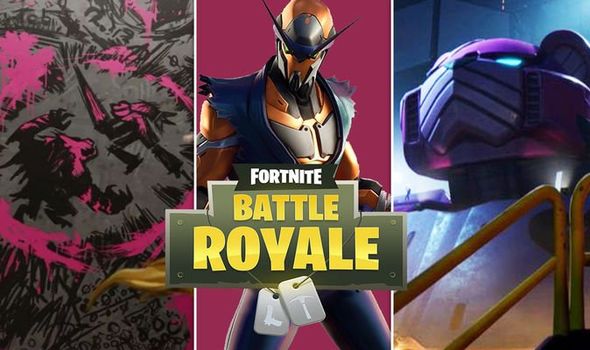 Fortnite fans have made a ton if discoveries within the update 9.40 game files.

After weeks of minor content patches, update 9.40 was released alongside a period of downtime on July 17.

Available for PS4, Xbox One, Nintendo Switch, PC, iOS and Android, the update introduces Epic and Legendary variants of the Tactical Shotgun.

But it’s within the game files where the most interesting discoveries have been made by fans.

According to 9.40 leaks, fans can expect skins such as the Copper Wasp and Astro Assassin to launch soon.

As you can see from an image posted by Lucas7Yoshi below, fans will also be able to grab the haunting Tsuki skin, as well as the Power Punch Harvesting Tool and the Storm Scout Sniper Rifle.

Expect the Storm Scout Sniper Rifle to be released as part of next week’s content update.

Epic Games is also getting ready to release a new wave of challenges as we head towards the end of Season 9 and the game’s second birthday. 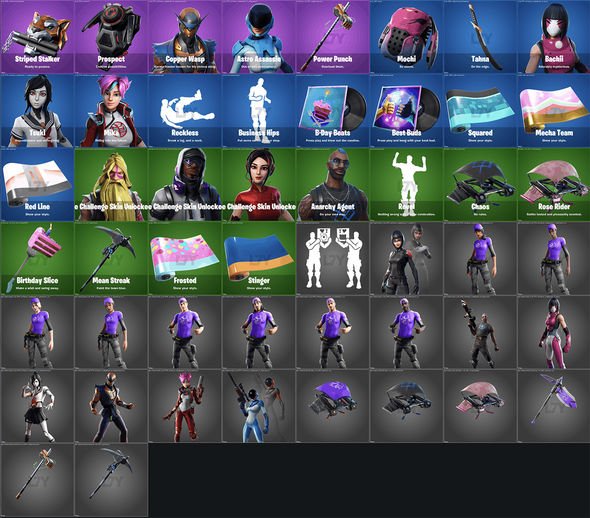 Fans will be able to earn additional XP and items for the Battle Pass by completing special Overtime challenges.

One of the more interesting challenges tasks players with dancing inside a holographic Durr Burger head, and scoring a goal on an indoor soccer pitch.

Overtime challenges – which can be seen below – will be joined by Birthday challenges later this week. 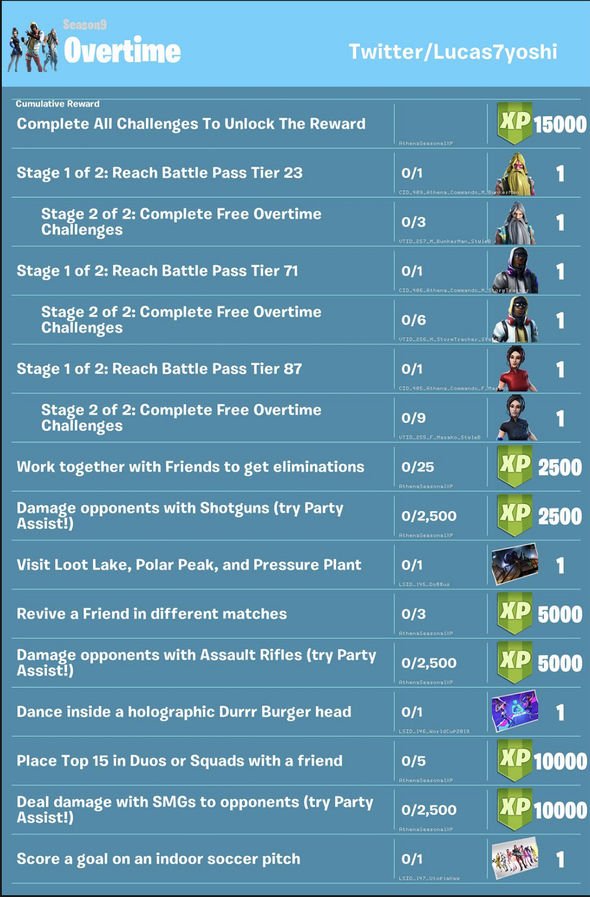 One of the more intriguing challenges tasks players with dancing in front of ten Birthday Cakes.

Finally, leaks have shed more light on the Season 9 endgame event, which takes place on July 20 at 7pm UK time.

The new event – which will reportedly be called The Final Showdown – sees the giant robot face the giant monster.

Players will be able to use jetpacks during the event, and are encouraged to take cover on sky platforms.