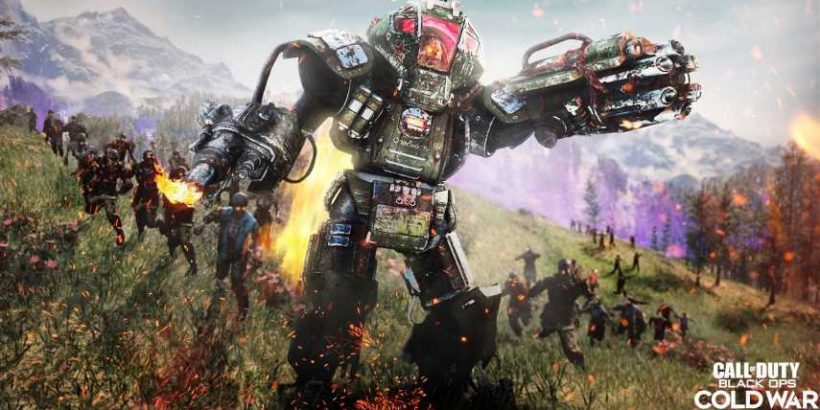 The recent Season Two update for Black Ops: Cold War and Warzone has many fans excited for a fresh new batch of game modes and gear. However, the file size on this patch is rather large. So large, in fact, that Activision has warned players about ensuring it fits on their console, claiming that a PlayStation 4 may not be able to handle it. This news didn’t sit well with a lot of players, including a former Call of Duty developer who is calling out Activision.

Robert Bowling, the former lead at Infinity Ward and Creative Strategist of the Call of Duty franchise, took to Twitter to criticize Activision for the large amount of space required to play Cold War and Warzone. Claiming that the large files were unacceptable, Bowling shared his belief that players should not be forced to eliminate or uninstall parts of a game in order to have the game download. While the game does look and play great, he feels that it is not responsible to achieve that through “dominating a player’s hard drive.”

This criticism comes from a post made by Activision a few hours before the release of the Season Two update for Black Ops: Cold War and Warzone. The developers made an official blog post informing fans of how to prepare for the update. This included the basic information of what the update was offering, like the new Zombie’s Outbreak mode, and what fans can expect.

The post also addressed the large file size of the update; “Those who own a standard PlayStation 4 with a default hard drive of 500 GB may need to make room if they have the full versions of Modern Warfare/Warzone and Black ops Cold War with all modes and packs installed. Should you have both games installed and have kept up to date with updates, you may need to delete some unused Game Content to have a successful download and install of the Warzone patch.”

Activision also shared how players could uninstall unused game content in order to install the patches by clicking R3 on the Cold War main menu. Plus, it was noted that players who only wanted to update and play Black Ops: Cold War did not need to download the Warzone update or vice versa. Players can also help limit the file size by choosing specific data packs for the game modes they play.

Clearly, not everyone is satisfied with having to dissect their game in order to update. Hopefully, a better, more responsible, solution appears in the future as this is surely not the last update that Cold War and Warzone will see.