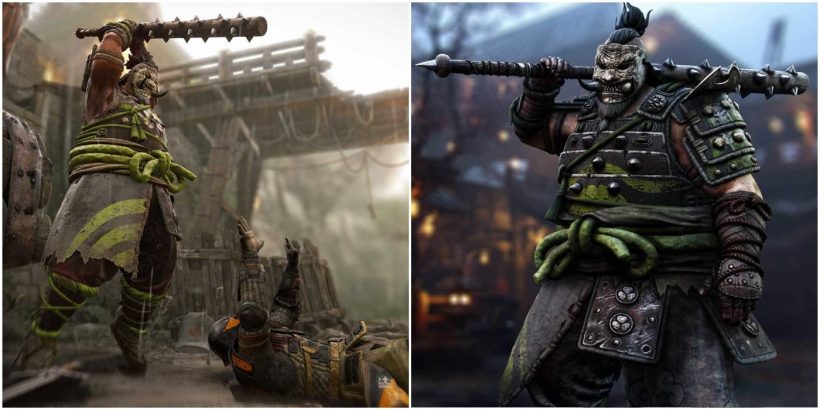 A unique feature of For Honor is all of the different characters with different playstyles in the game’s multiplayer mode. Some are easy to play as such as the Warden, while others are a bit harder to master such as the Centurion. One of the more unique heroes to the game, in both playstyle and appearance, is the powerhouse known as the Shugoki.

The Shogoki is part of the Samurai faction in the game is perhaps the strongest hitter in the whole game. They are capable of dealing huge amounts of damage. Though the Shugoki seems easy on the surface, there are a few nuances to them that you need to be aware of in order to master the class. 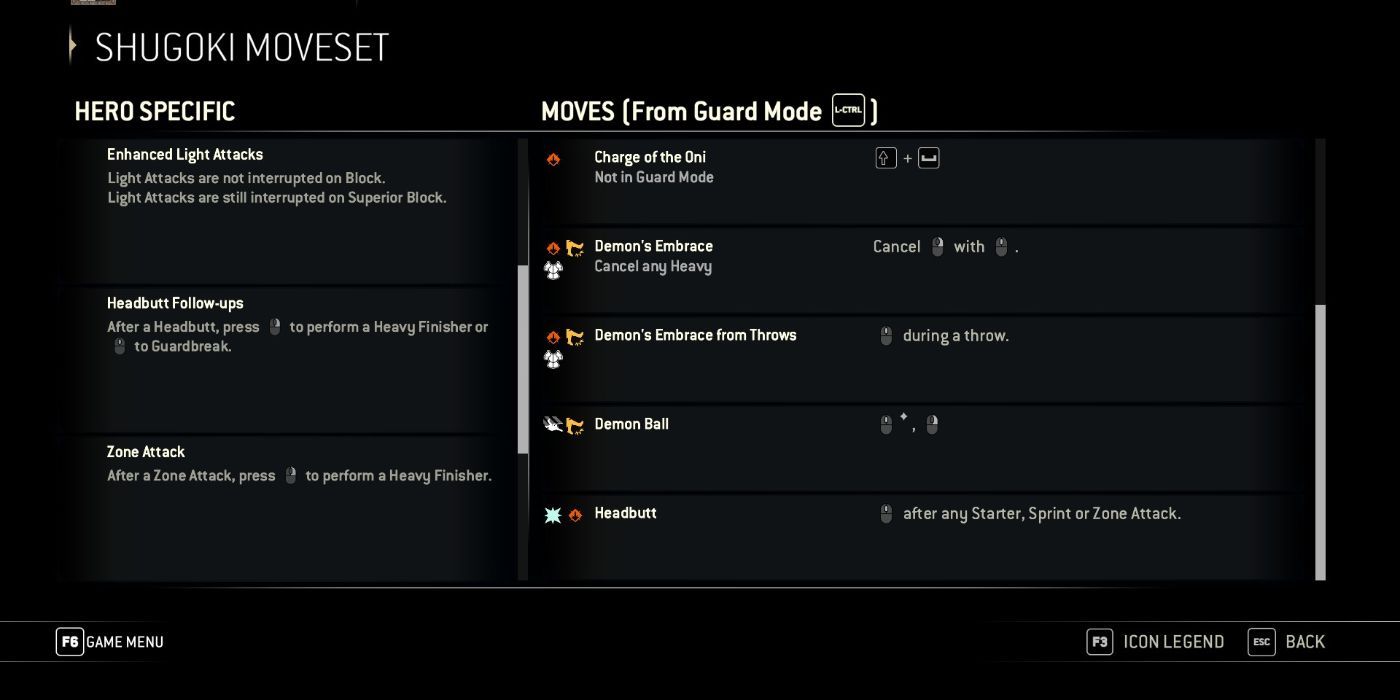 As previously stated, the Shugoki is a heavy hitter through and through. The class possesses the Uninterruptible Stance passive ability. This means that a Shugoki’s attacks cannot be interrupted by an enemy attack, provided the Shogoki is not about to die.

Strengths And Weaknesses Of The Shugoki

For having such powerful attacks, the Shugoki’s biggest weakness is that they are super slow. Though they do have the uninterruptible stance ability, there is a recharge period that makes you more susceptible to enemy attacks. The regenerate period is pretty quick however, provided you are now out of stamina.

The Shugoki though does have some powerful guard breaks with a major one being the Demon Ball. You can do this by hitting the guard break button then follow up with a heavy attack.

The most powerful one though is the Demon’s Embrace move. This can be done by pressing down and the guard break button. Doing this on someone not only deals moderate damage to them but also heals you with a portion of the damage done. It is most effective though when performed when you are about to die. The attack will kill the enemy instantly even if they have full health and give you two-thirds of your health back. It is easy to dodge though and missing the attack will deplete your health so only use the move sparingly. 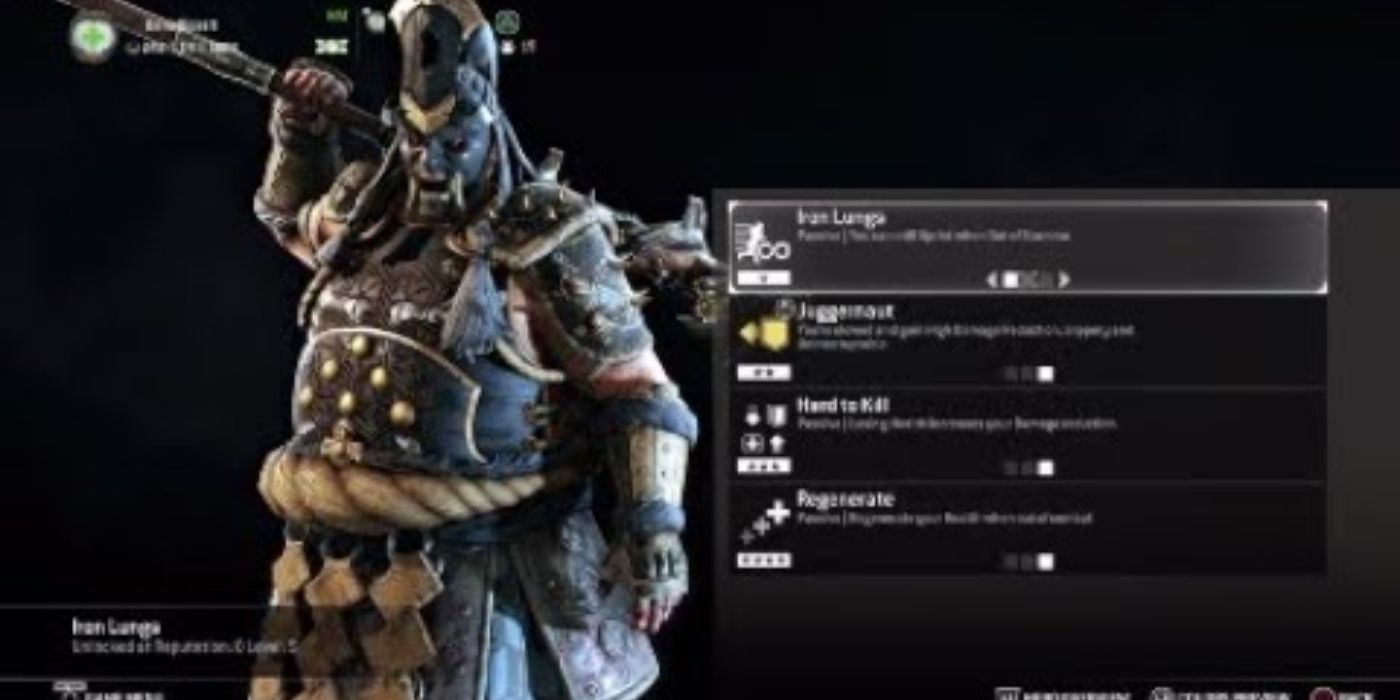 As with other classes, the Shugoki has a total of 12 feats split into 4 tiers. Some are available from the beginning while others have to be unlocked by leveling the character up.

Speed Revive – Revive dead teammates at a greater pace. Unlocked in the beginning.

Iron Lungs – Lets you sprint when out of stamina. Unlocked at level five.

Rock Steady – Can’t be stumbled or left unbalanced by throws and parries. Unlocked in the beginning.

Smoke Bomb – Lets you throw a smoke bomb that can break up an enemy’s lock on you. Unlocked at level nine.

Juggernaut – Gain high damage reduction at the price of having slow speed. Unlocked at level eleven.

Punch Through – Blocking deals damage. Unlocked in the beginning.

Long Bow – Use a longbow to deal a large amount of damage. Unlocked at level thirteen.

Regenerate – Regain health when not in combat. Unlocked at level nineteen.

How To Play The Shugoki 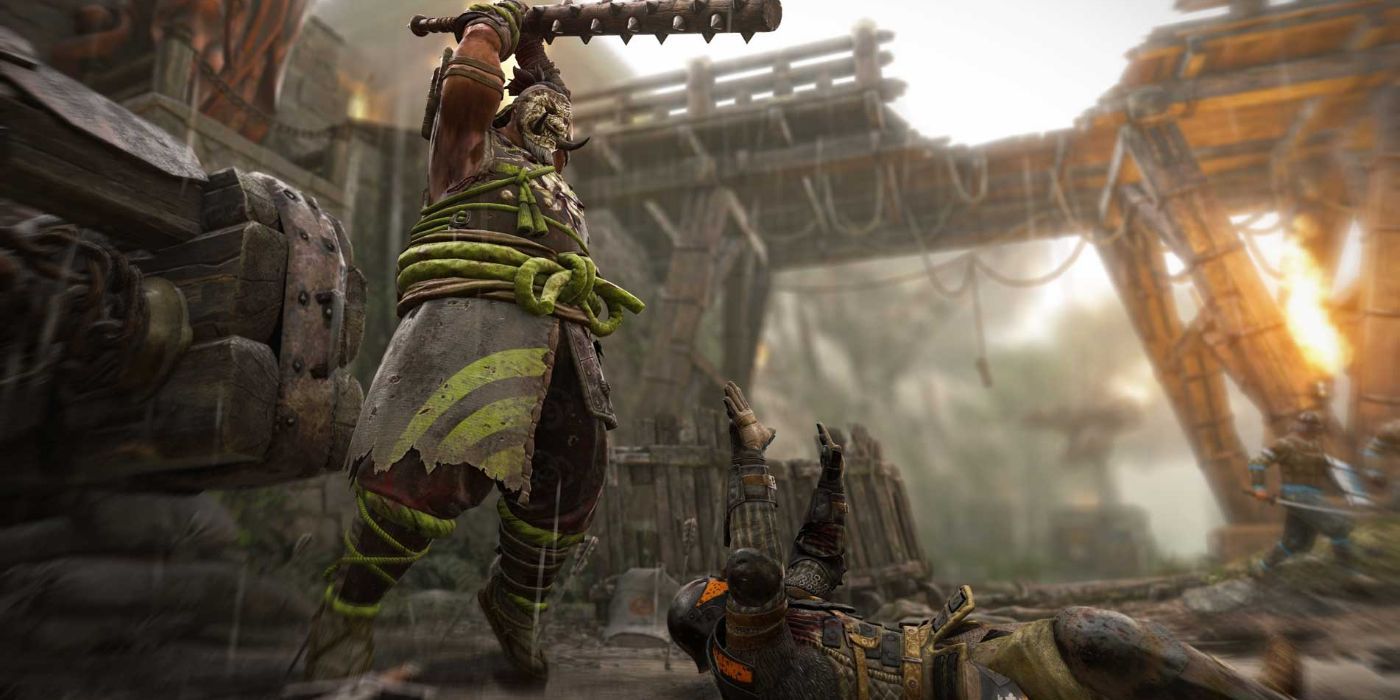 Make sure to try to catch your enemies off guard. Try to come up from behind and whack them with the charged heavy attack. Landing this blow can take out half the health of most classes and decimate an assassin’s health by around 80 percent.

The Shugoki is good at dealing damage over an objective, making him a good class to use in both Dominion and Breach.

Though charge of the oni may seem like only an offensive ability, as it can knock the enemy over enabling you to unleash a flurry of hits, it can also be used defensively as well. Knock the enemy over and make a hasty retreat when in trouble or use it to help an ally that is surrounded by foes.

The Shugoki also has a boost to their sprint that can be done by hitting the sprint button again while sprinting. It does consume stamina but timing it right can let you catch up to a fleeing enemy or take them by surprise with an attack.

Follow the steps above and try to think creatively in order to be the best Shugoki out there.