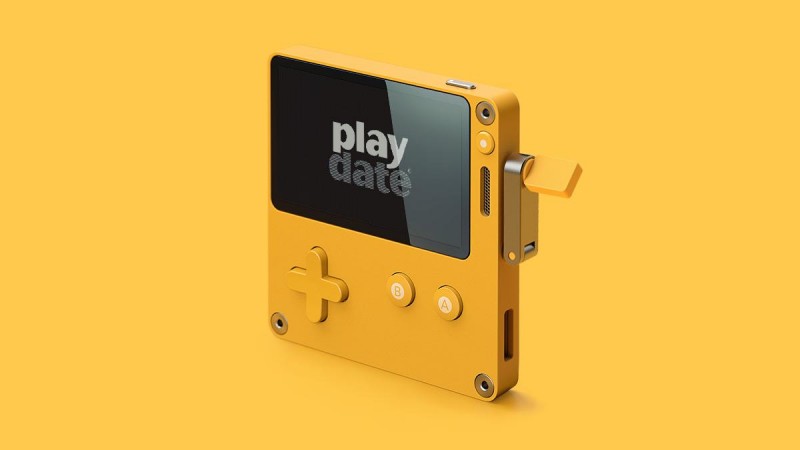 The idea of the preloaded console is not anything new, even before the days of licensed-but-why mini-Genesis units dusting up the floor of your local Target and Nintendo putting NES Minis on store shelves at their own personal whims. Consoles with preloaded libraries of time-release games are a little more novel, however, and consoles with preloaded libraries of time-release games with a crank are actually genuinely new.

Thus we come to the PlayDate, an all-yellow handheld from app developer Panic, whom you might know better as the publishers for Firewatch and Untitled Goose Game. Abruptly on Twitter today, the company revealed the new system, a Gameboy-like unit that comes with 12 games that release over a period of 12 weeks from developers like Katamari Damacy creator Keita Takahashi and Getting Over It with Bennett Foddy creator, uh, Bennett Foddy.

The crank on the system doesn’t actually power it in anyway, in case you had ideas in your head of being outside and running low on battery and churning it to buy another few minutes of gameplay. It is actually a control mechanism which some games will use and others will not and acts as an addition to the D-Pad and two face buttons on the front.

Panic says they have been working on this item for four years now and plan to release it later in 2019, though they claim there are more surprises coming down the pike. Considering every game in it is a secret, I imagine surprises are this thing’s raison d’etre to begin with.