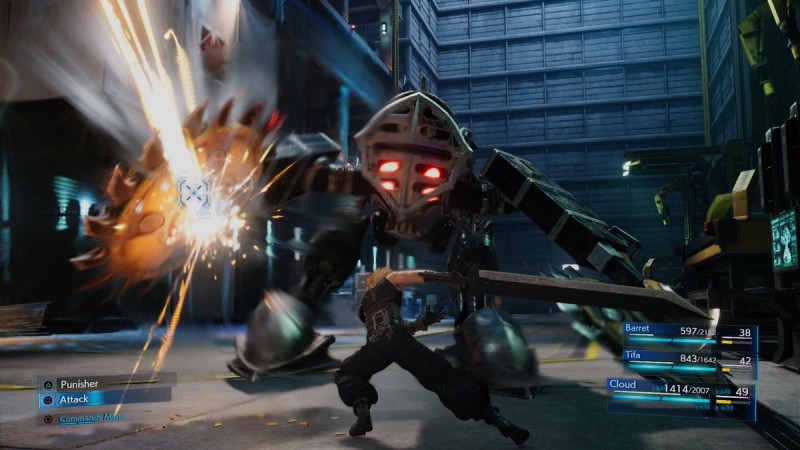 It’s been a number of years since Final Fantasy VII’s remake was announced until last night’s new trailer. The last time we saw gameplay footage of the game, Barack Obama was president of the United States, Katy Perry was dancing with sharks at the Superbowl, and people were warring over the color of a dress. After the game was revealed, the development team including Yoshinori Kitase and Tetsuya Nomura revealed that the remake would be split into different episodes, otherwise the game would either never get done or have to excise everything but the most critical portions.

That was years and a different developer ago, though, so it would be reasonable to presume that this might have changed in the intervening years. Reasonable, but in this case, incorrect.

In a Japanese press release, Square Enix reconfirmed their plans to talk more about the game in June, likely at E3 this year. At the end of the release, the developer also restated that Final Fantasy VII is still a multipart release rather than the way it was originally done for the game’s 1997 release. Basically, don’t be surprised if this game ends where the discs end, give or take.

When talking about this episodic breakdown in 2017, Kitase mentioned that it is viewed internally as three separate games rather than episodic titles like Life is Strange 2 or Hitman which releases new content regularly through a season. In what is likely more of a description of structure rather than quality, the Final Fantasy VII remake was compared to the Final Fantasy XIII trilogy of FFXII, FFXIII-2, and Lightning Returns.

Square Enix is planning to talk more about Final Fantasy VII later this year and it would be a good guess that the Final Fantasy VII concert in Los Angeles will be the first stop for that. Tetsuya Nomura tweeted yesterday that the game’s launch plans are already in place.