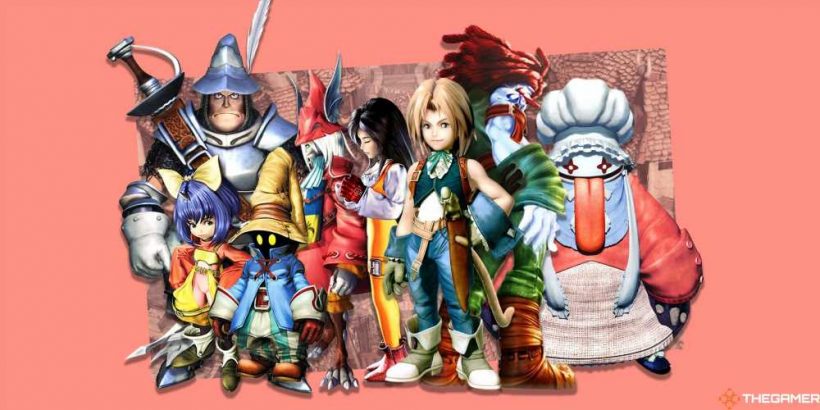 JRPGs are made by their characters. You can have extravagant worlds to explore and dense battle systems to learn, but if the personalities that underpin each passing moment aren’t pulling their weight you might as well throw in the towel. It matters more than you think.

Bravely Default 2 is a perfect example of a cast falling short. The game’s gorgeous visuals and engaging combat shine, yet the characters it expected me to fall in love with were so boring that I didn’t even bother seeing things through to the end. Eternal Sonata, Resonance of Fate, and every Star Ocean game for the past 15 years are also guilty of this shortcoming.

Final Fantasy has seldom fallen victim to boring characters and stale worlds however, with Square Enix understanding that each entry needs to feel fresh, exciting, and subversive in the face of whatever came before it. Granted I’ll never be a super stan of 8 or 13, but I can still look at everything they’ve accomplished and understand what the team was aiming for. 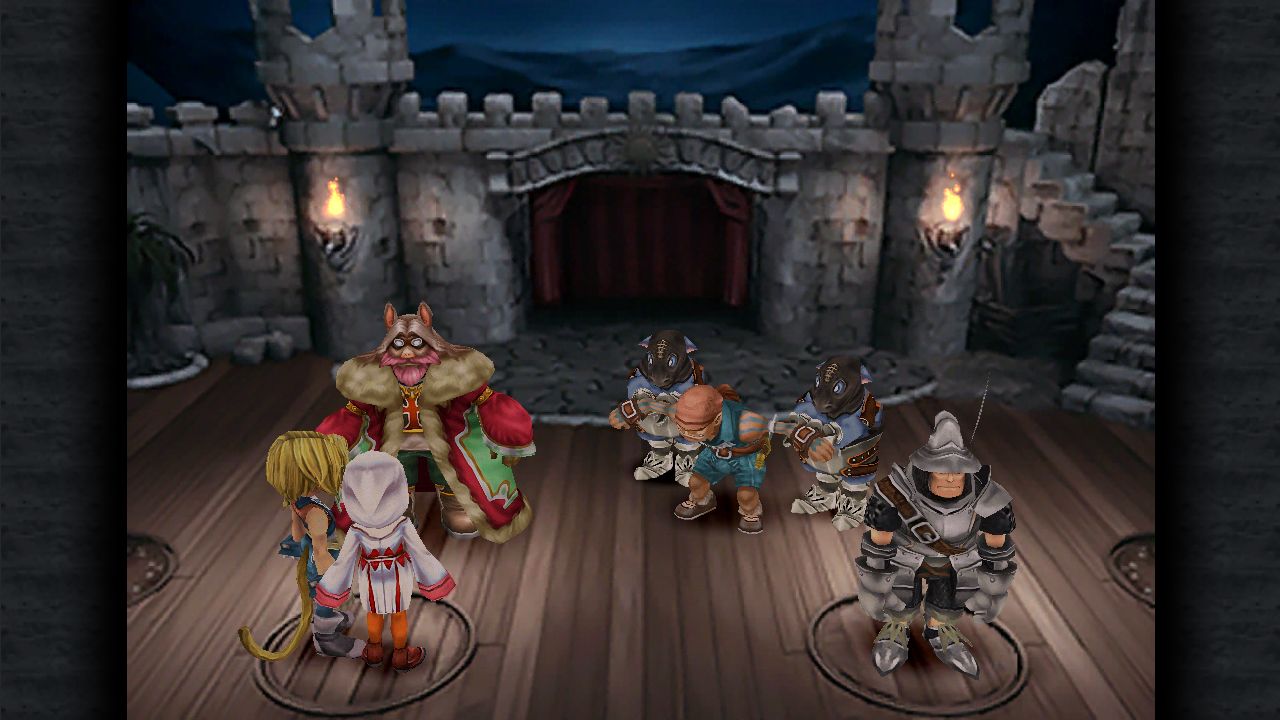 Despite not gelling with specific entries, they were still so easy to appreciate as thousands of other fans gravitated towards them. Whether it’s a main entry, a sequel, spin-off, or bizarre side project, Final Fantasy very rarely falls short when it comes to exemplifying its own creativity. There is a reason it remains the biggest JRPG franchise on the planet, a name with household recognition that its publisher is always eager to continue building upon.

In a series filled with high points, Final Fantasy 9 will forever remain my favourite. It’s a love letter to an older time in the genre's history modernised with timeless visuals, a heartfelt narrative, and an ensemble of characters each in possession of worthwhile stories to tell. I know it’s considered sacrilege to put this masterpiece above other entries from the same generation, but to me, it establishes a comfortable atmosphere and fantastical world that none in the series have ever been able to match. It’s what made me fall in love with JRPGs, and a game I return to again and again and again with a warm fondness for its brilliance. 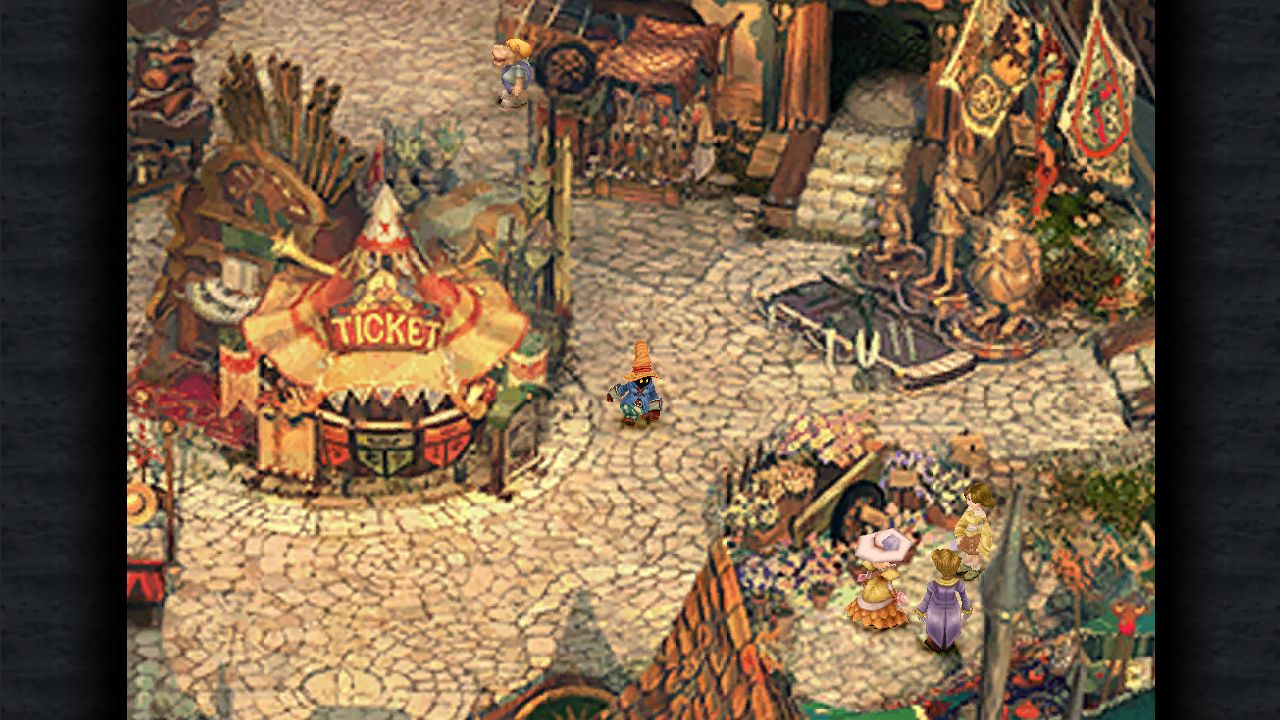 But why are its characters so brilliant, and what makes them stick in my memory more than Cloud, Squall, and Tidus? Final Fantasy 9 isn’t nearly as dour, abandoning cyberpunk and spiritualism in favour of a more traditional approach to the genre. Gaia is a world of ancient magic, entrenched royalty, and disparate cultures all living across different continents with their own climates, beliefs, and views on the world. The game might begin in the streets of Alexandria as a festival rears its head, but the coming hours will see us travel the world in pursuit of a far greater destiny. Small beginnings are essential, especially for a tale like this.

Zidane and company are planning to kidnap Princess Garnet and throw the kingdom into chaos, while Vivi is a depressed black mage simply wanting to have a good time for once in his adorable little life. Steiner is a knight with unwavering loyalty to the throne, while the aforementioned princess fears that her destiny as a legendary summoner will only bring harm to those as her power is abused by those in charge. All of our main characters have somewhere to go, and the first few hours do an immaculate job of bringing them all together. 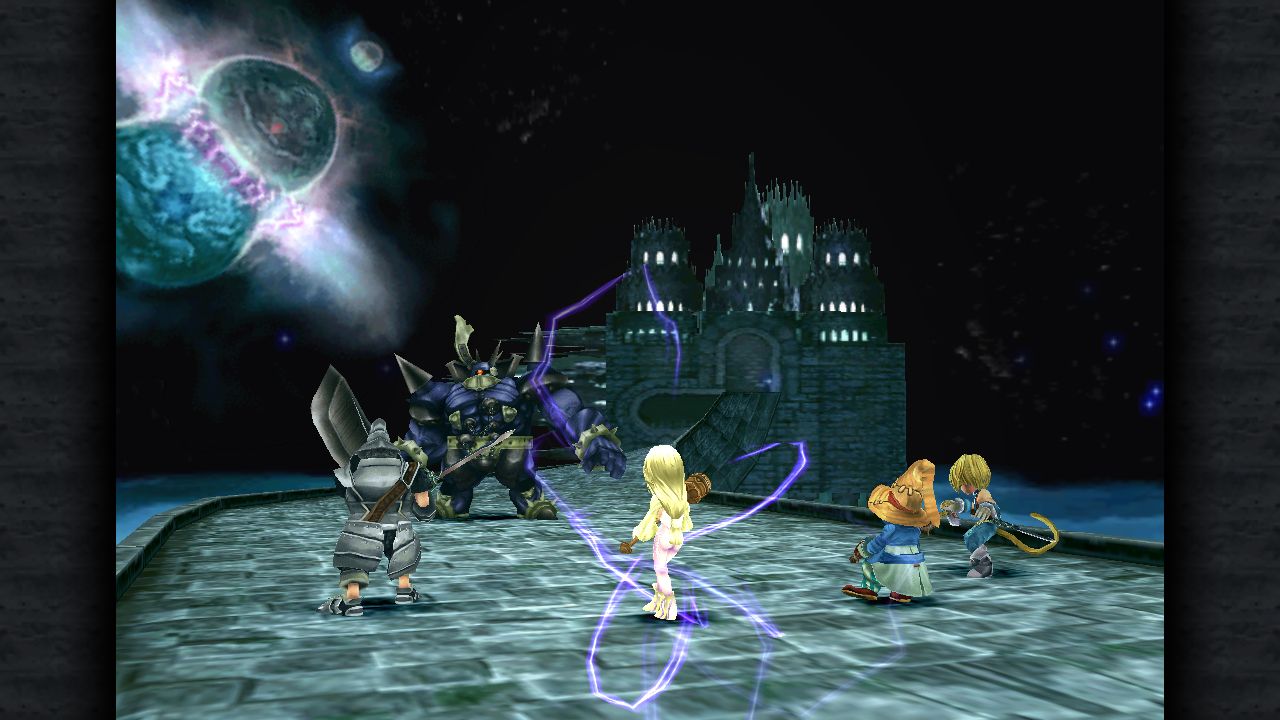 But this isn’t an article about the game’s opening – although I totally need to write that now – but instead about the ensemble cast of characters who all stare destiny in the face and live to tell the tale. We see demonstrable growth in Zidane as he progresses from a petty thief to a heroic warrior who must confront his own origins. Princess Garnet begins the game as a stuffy princess, speaking with regal deliberacy until the wider world teaches her to better appreciate the common people and where exactly her kingdom has fallen short.

Steiner is a stubbornly loyal knight who believes his queen could never put a foot wrong, so obsessed with following orders and maintaining peace that he overlooks the wars breaking out right in front of him. We start the game hating his guts, but come to fall in love with this goofy, gullible character as he adopts a heart of gold. Vivi is a black mage with no knowledge of his past or even how he came into being, but seeing him recognise his own humanity while staring the very nature of his existence in the face is equal parts tragic and rewarding. 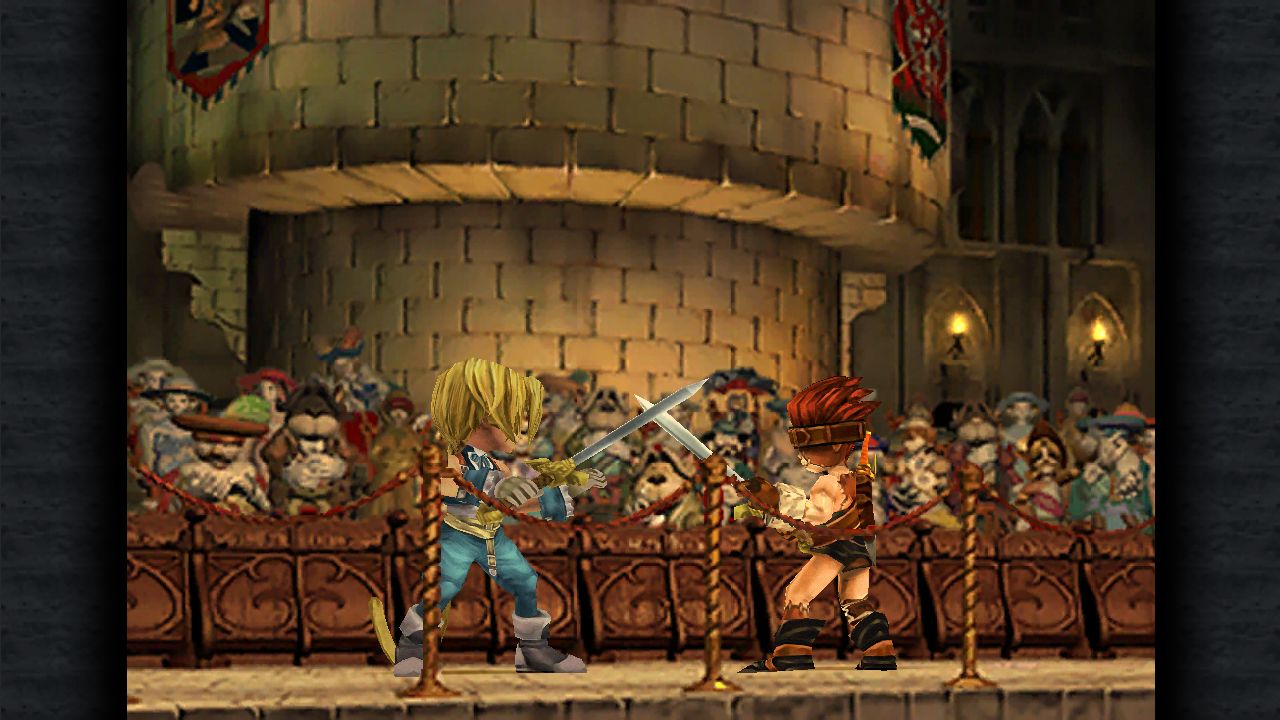 Final Fantasy 9 might appear cute and cuddly on the surface, but it hides so many emotional character arcs and darker narrative elements that serve an overarching story with so much to say. Square Enix loved to analyse the existential nature of our own state of being in the early 2000s, and it’s arguably more prescient today than it was back then. Even faces introduced much later into the game like Eiko, Beatrix, and Amarant hide stellar tales waiting to be unearthed, while comic relief characters in the form Quina still have ample substance.

If you load up Final Fantasy 9 and don’t touch anything as the game lingers on the main menu, a short montage of character portraits will begin to play out. These are accompanied by quotes that encapsulate the journey of each party member, showcasing the personal goals they hope to achieve alongside the obstacles that stand in their way. The main theme is called Place To Call Home, a distillation of everything this game stands for, and how we follow a motley crew of undesirables searching for belonging amidst a world that tries to cast them aside at every turn. 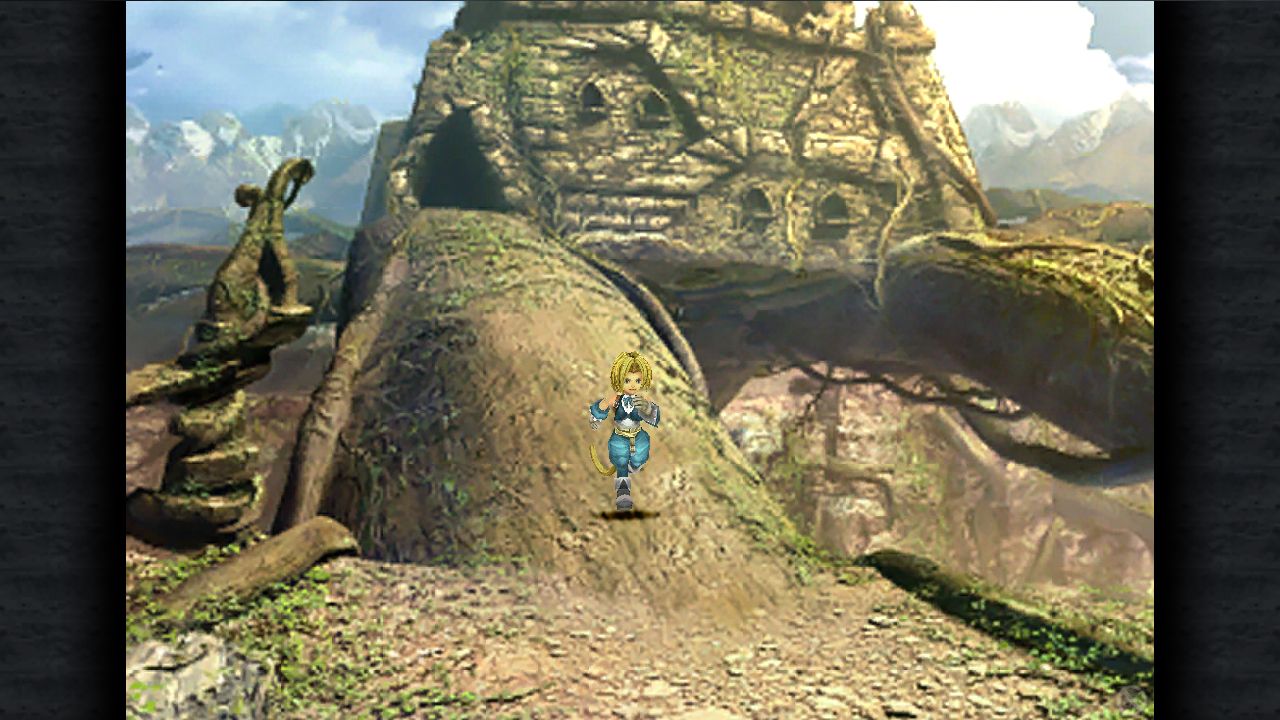 It’s perfect, and stands above the rest of the series for me because it combines all the greatest elements into a single whole that just can’t be matched. There are so many moments in this game I’ve committed to memory, and now I’ve spent an entire article gushing about them, I need to reinstall this classic before falling in love all over again.