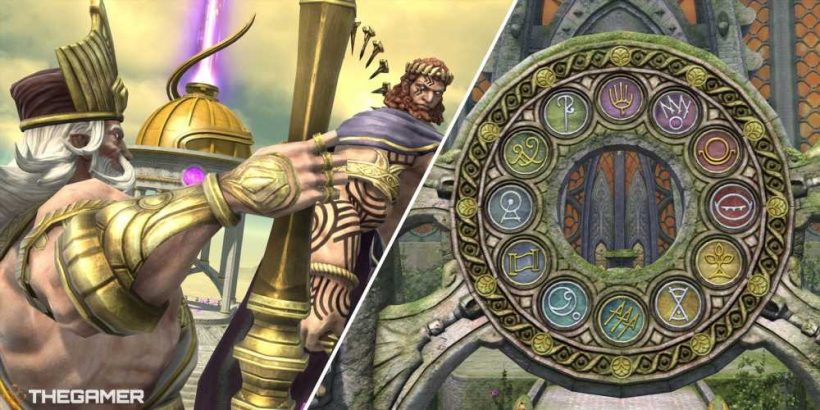 Eorzea is the main realm players travel through in Final Fantasy 14. The Twelve are widely regarded as the patron deities of Eorzea, and her people can be found worshipping different gods in different areas of the realm. While little is known about these deities, they are referenced frequently throughout main and side story quests in the game. When you create your Warrior of Light, you are asked to align yourself with one of the Twelve, although this decision has no impact on the story of the game.

With the release of the Endwalker raid series, Myths of the Realm, more information on the Twelve has been brought to light. While the true nature of the Twelve is still unknown, the Aglaia raid quests help answer a few questions we have about these mysterious beings.

From this point on, we will be discussing events that occur during the Shadowbringers and Endwalker Main Scenario Quests, so expect spoilers.

Who Are The Twelve? 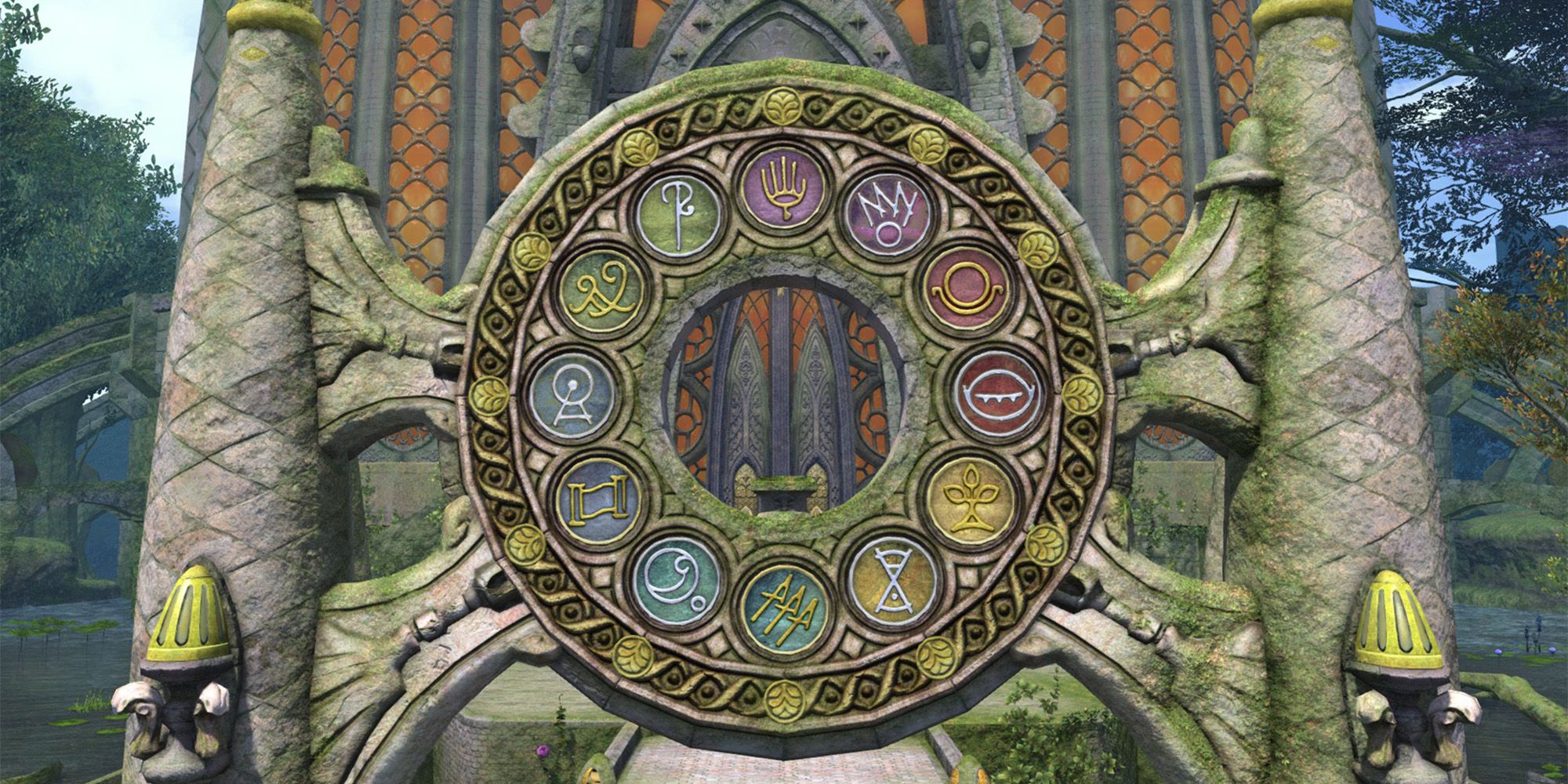 The legend goes that in ancient Eorzea, Twelve beings came to the land and ruled over it benevolently until five wandering tribes appeared, the Hyur, Miqo'te, Lalafell, Roegadyn, and Elezen. Putting faith in the tribes' collective resourcefulness and resilience, the Twelve entrusted the land to the five races, opting to become patron deities of certain Eorzean city-states.

The Twelve are aligned in pairs, each assigned to one of the six elements and 12 moons. For example, Byregot, the Builder, commands the element of lightning, while presiding over the Fourth Astral moon, or the seventh month of the calendar. Little is known about the Twelve, and until recently, it was unclear whether the Twelve were actual gods who ruled in ancient Eorzea, or were simply mythos created by the people to explain the realm's early history.

Like all good mythological pantheons, many of the Twelve are related by blood or bond. Below you can find each of the Twelve, their element, moon, and a brief description.

Are The Twelve Primals? 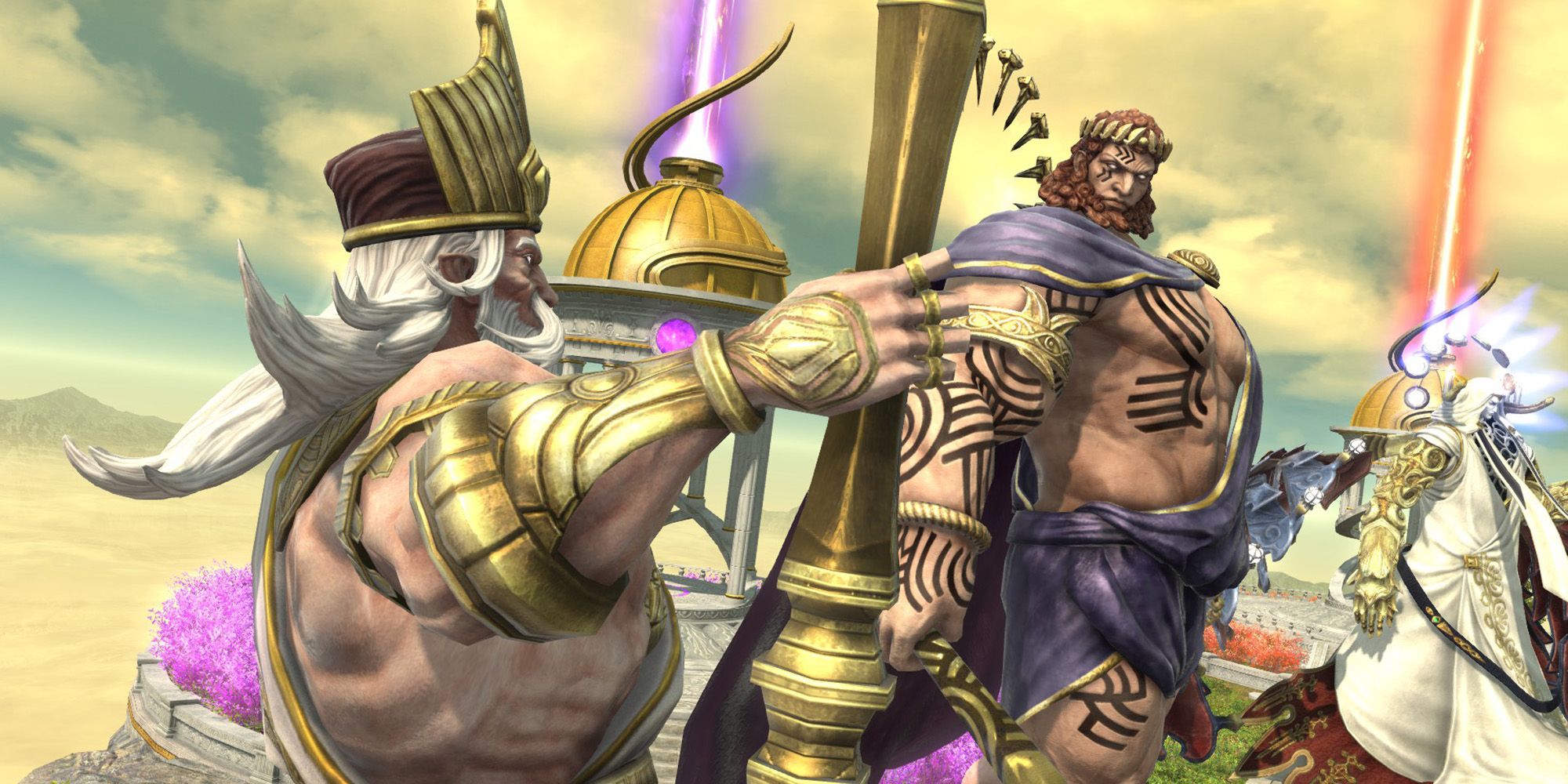 In the Shadowbringers main story, we learn that Hydaelyn and Zodiark, who were once thought to be the opposing godly forces of light and shadow, are actually Primals. Primals are incredibly powerful beings that are summoned through the prayer of certain groups of people, using the power of crystals. Through these rituals, mortals are able to manifest their hopes and prayers into a single being, known as a Primal.

With what we have learned about Hydaelyn and Zodiark, it stands to reason that the Twelve, too, are Primals. Evidence supporting this conclusion can be found in the Battle of Carteneau, in which Louisoix Leveilleur summons a combined manifestation of the Twelve to re-seal Bahamut. Additionally, Gaius van Baelsar, in the A Realm Reborn story, states that the Twelve are nothing more than the beast tribes' Primals, and could be summoned with enough crystals. 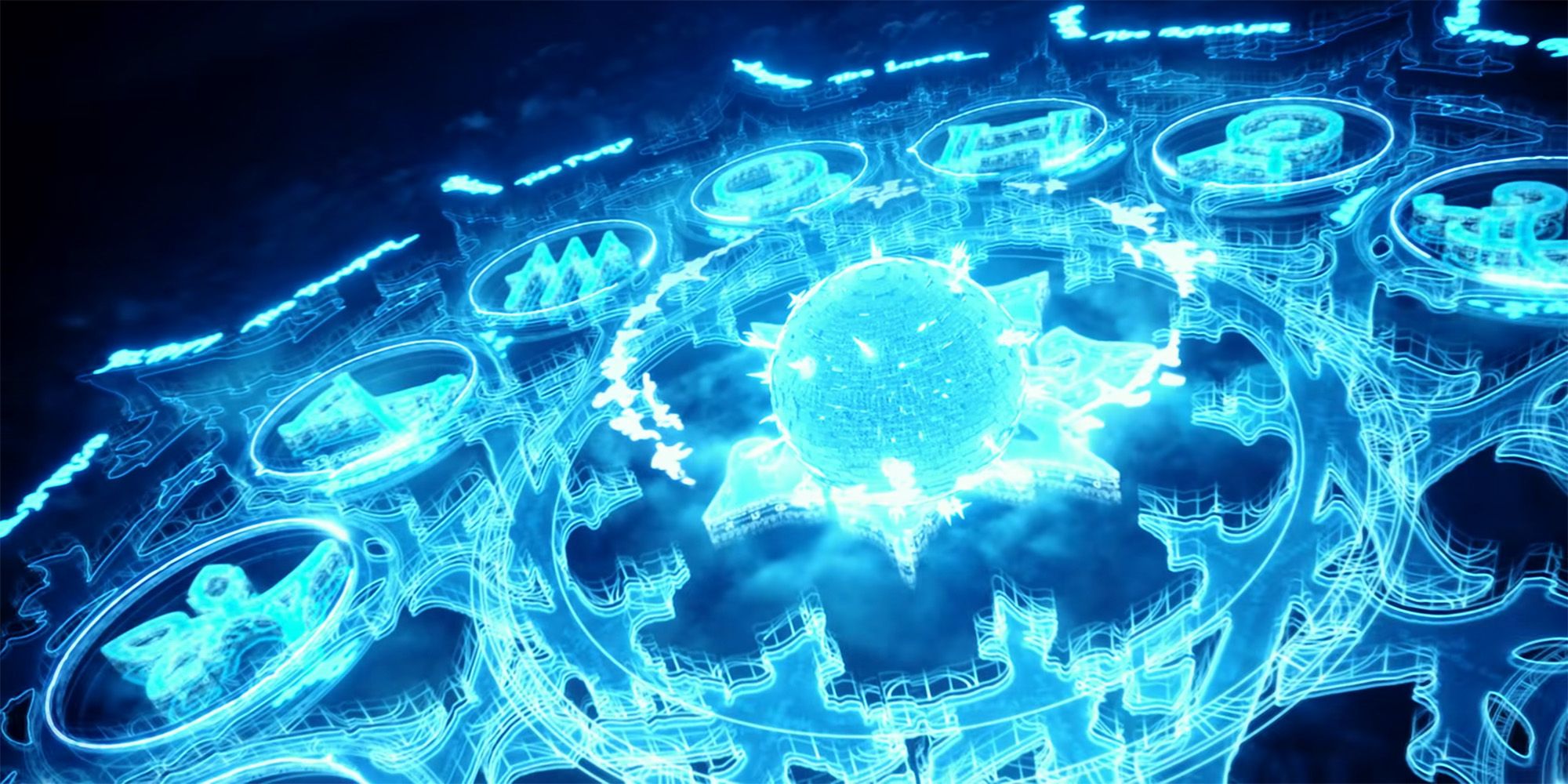 The key here is that Louisoix summons a manifestation of the Twelve; that is, a separate Primal created in the image of the Twelve, and not the actual Twelves themselves. This is confirmed by Azeyma in the Aglaia raid, who tells us that they are in fact, not Primals.

In the Aglaia raid, we meet the four of the Twelve, Byregot, Rhalgr, Azeyma, and Nald'thal, who command lightning and fire, respectively. They claim they are not Primals, and are actually true divine beings. However, in the final parts of the Endwalker storyline, Emet-Selch asks the player if they've learned the true identities of the Twelve, implying they are something other than Primal or god. What exactly the Twelve are is still to be seen.

Are The Convocation Of The Fourteen Related To The Twelve? 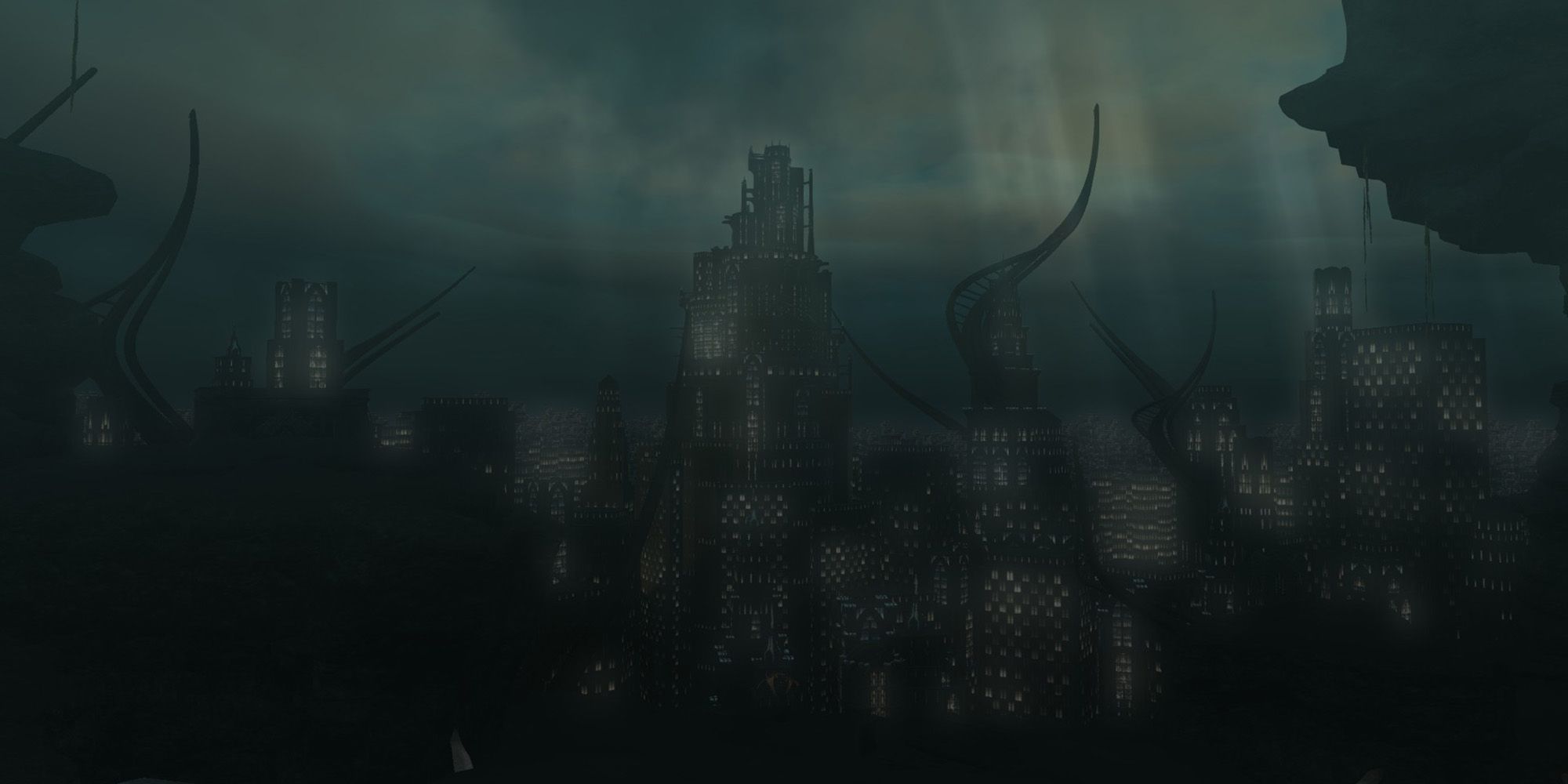 One popular theory surrounding the Twelve is their relation to the Convocation of the Fourteen. The Convocation was the governing body of Etheirys, whose main base of operation was the ancient city Amaurot. Rather than a set group of Fourteen individuals, the seats of the Convocation were instead held by title, which was passed down to each successor of that seat.

When the individual duties of a member of the Convocation were complete, they would return to the aetherial sea, passing their mantle to their successor. As a council, the Convocation of the Fourteen ruled Etheirys with their powerful creation magicks but was ultimately destroyed in the summoning of Zodark and Hydaelyn.

Before the Sundering, Azem, who held the Fourteenth seat of the Convocation, opposed both sides and gave up their role in the Convocation, instead opting to find a different solution to the Final Days. During this time, Azem may have created the Twelve, creating Azeyma and other deities in the image of Convocation members. However, this doesn't explain why the Twelve are only worshipped in Eorzea, or why the similarly named god of the sun, Azim, is worshipped in Othard, seemingly by coincidence.

For now, no direct connection can be drawn between the Convocation and the Twelve. However, this may change as we learn more of the Twelve in the (as of the time of writing) upcoming Myths of the Realm raid quests.