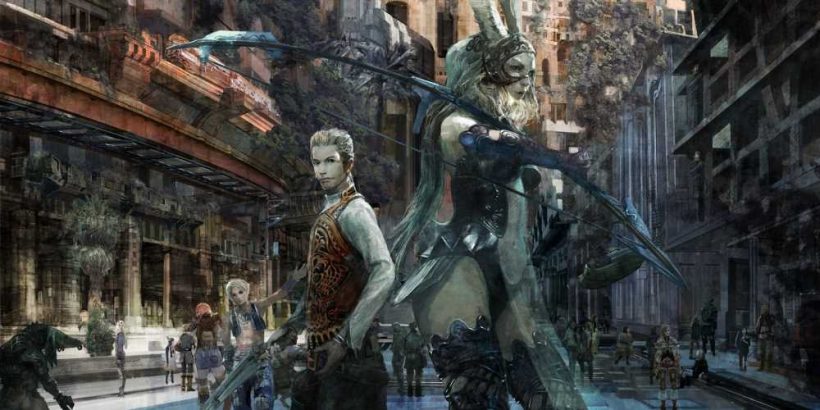 Like most RPGs, Final Fantasy 12 offers players a long list of weapons with which to equip their team. However, the mechanics of each weapon type differ, setting the adventures of Ashe and company apart from the pack. The strengths of a particular weapon might not be readily apparent, but never fear – we've got a breakdown of every slashing, bruising, and shooting implement Ivalice has to offer.

While each weapon type has the same mechanics and damage formula in both versions of Final Fantasy 12, the Zodiac Age version introduces a job system that restricts who can equip what. We've noted in each weapon type's entry which job can use it. 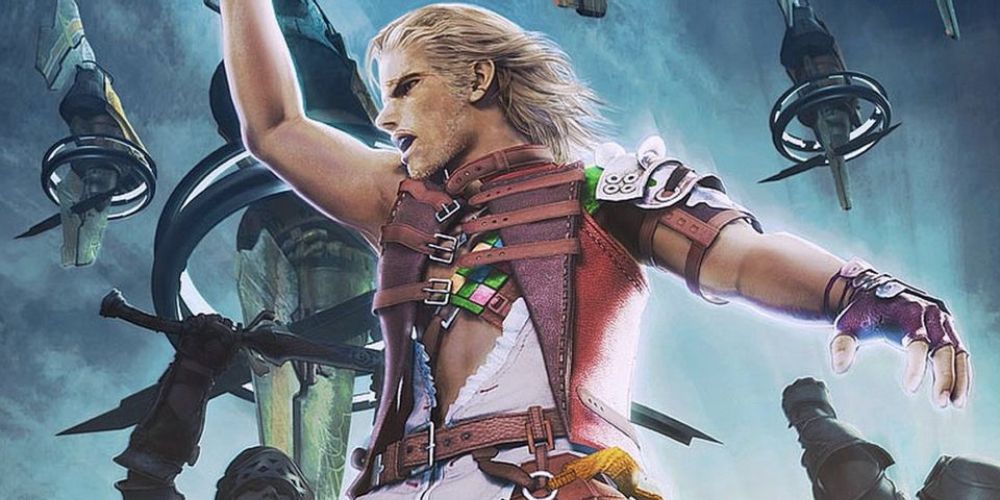 Axes and Hammers have a high damage variance. This means that while they are capable of hitting extremely hard, they are just as capable of doing very little damage – even zero! They calculate damage based on the user's Strength, Vitality, and Level, making them ideal for tank builds.

While Axes and Hammers both use the same damage formula, Axes have a slightly faster attack speed overall. On the other hand, Hammers have a slightly higher chance of scoring multiple hits with a single attack. In Zodiac Age, only the Foebreaker job can equip these weapons.

Daggers don't hit as hard as most other weapons, but they boast a high attack speed and combo rate that gives them the potential to outshine their larger cousins in the DPS department. Additionally, most Daggers inflict a negative status effect on their target.

Choosing the right Dagger usually means finding the one that causes the affliction you're looking for. Their damage is calculated based on the user's Strength, Speed, and Level. In Zodiac Age, the Shikari job can equip every Dagger in the game, and the White Mage has access to a handful of them via their License Board later on.

A Mace and Shield is a great combination for any spellcaster. Unlike most melee weapons, Maces calculate damage based on the wielder's Magic rather than Strength. Despite this, they still check against the enemy's physical defense, allowing mages to mix it up in melee if the need arises. In Zodiac Age, the Mace is the exclusive purview of the Red Battlemage.

Possibly the strangest weapon type in Final Fantasy 12, Measures deal little damage despite ignoring the target's defense. On each hit, they have a decent chance of casting a spell on their target – which spell exactly is based on the individual weapon being used.

Most Measures encountered earlier in the game carry a beneficial effect. For these, set up a Gambit for the wielder instructing them to attack any ally that doesn't have the buff associated with their weapon. The damage inflicted will be minimal, and it allows you to enhance teammates without having to spend MP.

Later on, you'll begin to encounter Measures that cast offensive spells when they hit, up to and including Holy. These can be an efficient way to exploit elemental weaknesses, again without having to spend MP. In Zodiac Age, Measures are equipped by the Machinist job.

Swords are the most basic weapons in Final Fantasy 12. They're average in just about every way and calculate damage based on the user's Strength and Level. Swords are a great workhorse option since you always know what you're getting. Don't discount them as more options become available, though; Swords factor in the user's Strength squared when calculating damage, so a character whose Strength far outshines their other stats can be very dangerous when equipped with one. 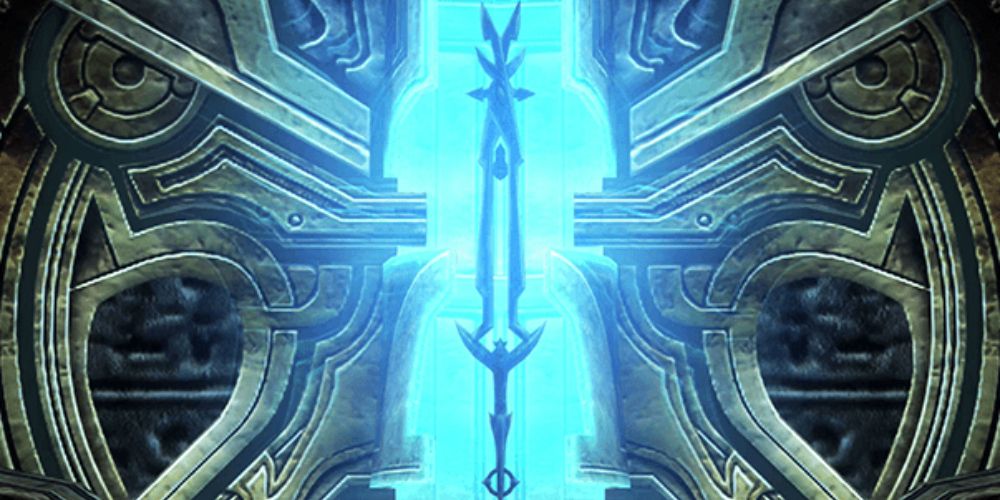 Greatswords are slower but much more powerful than their one-handed brethren. Otherwise, they function identically to Swords and should be equipped on characters with as high a Strength as possible. Buffs like Haste can be used to offset the weapon's slow speed, and Bravery can increase a Greatsword wielder's already-impressive damage output.

In Zodiac Age, Greatswords are primarily used by the Knight job but some can be equipped by the Red Battlemage and even the White Mage with the right Espers.

Katanas boast the highest combo rate of all weapon types in Final Fantasy 12. This means that each time they are used to attack there is a good chance that the user will strike multiple consecutive times.

Combined with the fact that they use both the user's Strength and Magic to calculate damage, this makes Katanas a fantastic all-around choice for a two-handed weapon. For the best DPS with Katanas, equip the user with Genji Gloves to further boost their combo rate. In Zodiac Age, the Bushi is the only job that can equip Katanas.

Ninja Swords are the two-handed equivalent of Daggers. Most of them inflict a debuff on their target, and they calculate damage using the Strength and Speed of the user. A few have elemental properties as well. Ninja Swords also have a decent combo rate, making them a strong alternative to the Katana if you need to save LP. Like the one-handed version, Ninja Swords are used by the Shikari job in Zodiac Age.

Poles are a solid compromise between Greatswords and Katanas. Like the Greatsword, they consider the square of the user's Strength for their damage formula but they have a better combo rate. The real benefit of Poles is that they deal damage based on the target's magic defense rather than physical defense. This makes them a sneaky way to deal with heavily-armored foes without spending too much MP. In Zodiac Age, the Monk job has access to these unique and versatile weapons.

Rods are best thought of as the two-handed version of the Mace. They deal damage based on the wielder's Magic rather than Strength, making them especially useful in the hands of the party's spellcasters.

Several rods have powerful effects as well, so be on the lookout for these and remember that it's not always about pure damage output when selecting weapons. If you're playing the Zodiac Age version of Final Fantasy 12, only the White Mage can equip Rods.

If you need raw power, Spears are the way to go. Many of the game's mightiest weapons are Spears, inflicting massive damage when equipped by a character with high Strength. If that weren't enough, Spears can hit flying opponents despite being melee weapons.

In the Zodiac Age, only the Uhlan job can equip Spears but many of these potent weapons have been improved; notably, some of the strongest Spears inflict Disable on their target in the Zodiac version of the game.

Staves are well-suited to offensive spellcasters. They don't hit particularly hard in combat, but they boost the Magic of the wielder. Additionally, most Staves enhance the power of a particular elemental spell. Knowing your enemy's weakness and equipping the correct Stave before unleashing a magical barrage can quickly end plenty of fights. In Zodiac Age, Staves are equipped by the Black Mage job, for whom they are ideal. 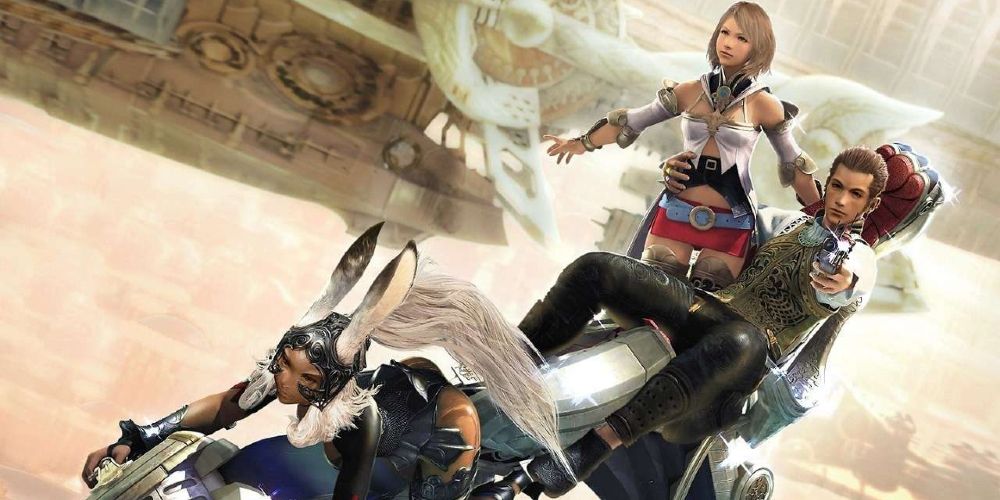 The Bow is a slow but powerful ranged weapon. It considers the wielder's Strength and Speed when calculating damage, and can hit enemies without fear of a counterattack. Your choice of Arrows will dramatically affect how a Bow works – consider using elemental arrows to exploit enemy weaknesses.

Beware of inclement weather – Bows suffer a twenty-percent reduction in their accuracy if the battlefield is under a weather effect like rain or sandstorms. In the Zodiac Age, the Bow is used by the Archer job.

Crossbows are best suited to high-Strength characters who need to hit a flying opponent. They calculate damage based on the square of the user's Strength, similarly to Swords and Greatswords. Depending on the ammunition they have equipped, Crossbows are great for inflicting negative status effects on enemies.

Their major downside is that Crossbows are among the least accurate of the game's ranged weapons, especially in bad weather where their accuracy is halved. In Zodiac Age, Crossbows are wielded by the Time Battlemage job.

Guns are a deceptive weapon – they generally have a far lower attack power than other weapons of the same tier. This is because they ignore enemy defense altogether and never miss. They also deal damage based solely on their power and ammo type, meaning their effectiveness is completely independent of the user's stats.

Their ammunition has a versatile mix of elemental and status effects, making Guns an excellent all-purpose ranged weapon. They become less useful in the late game when you'll want to take advantage of high-level characters' impressive stats, but in the early game, firearms are fantastic. In the Zodiac Age, Guns are used by the Machinist job and the Shikari has limited access to them as well.

Hand-Bombs are like ranged Axes. They have a high damage variance, meaning they can deal extremely high or extremely low damage with each attack. They're also fairly slow and have a shorter range than Bows, Crossbows, or Guns, so they're best used as a ranged alternative for a heavy melee character.

Hand-Bombs calculate damage based on the wielder's Strength and Vitality, so like Axes, they are ideal for tanks. In Zodiac Age, the Foebreaker job is the primary Hand-Bomb user but the Black Mage and Machinist can gain access to them as well via their respective License Boards.