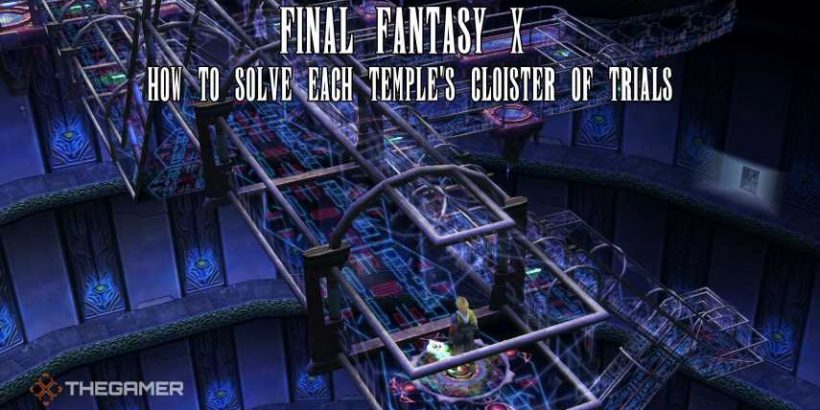 Throughout your pilgrimage journey with Yuna and the rest of her companions in Final Fantasy 10, you will visit many temples all over Spira in order for Yuna to earn new aeons. As part of this, you’ll find yourself having to solve puzzles in the Cloister of Trials in each one and some of these can get rather tricky.

Solving the puzzles is one thing, but there are also additional steps you can take to secure extra items in each trial — items relating to obtaining the aeon Anima later in the game. We have the solution of each temple’s Cloister of Trials just below, including instructions on how to get the Destruction Sphere and hidden treasure in each one too so you don’t miss out on Anima.

Note: If you have already done some of the temples and missed the Destruction Sphere items, you can simply return to that temple and do the trial again. Be warned though, revisiting these areas later in the game means facing some Dark Aeon bosses in some temples. 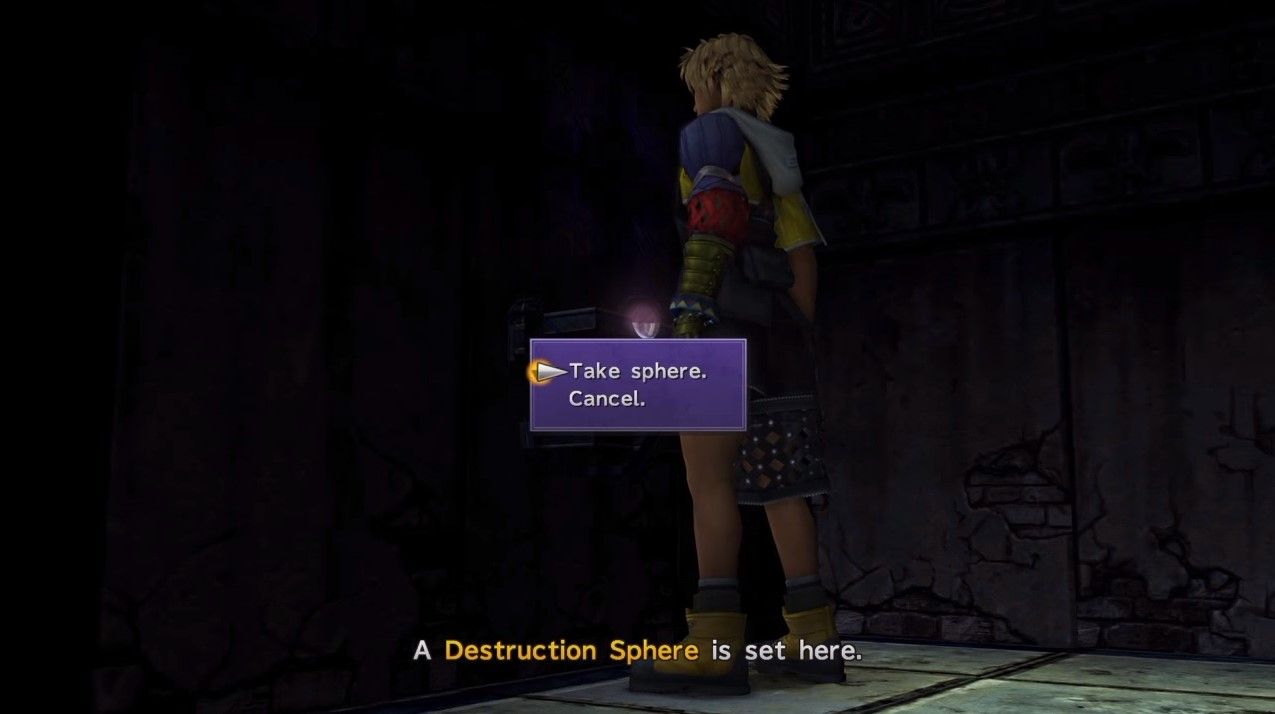 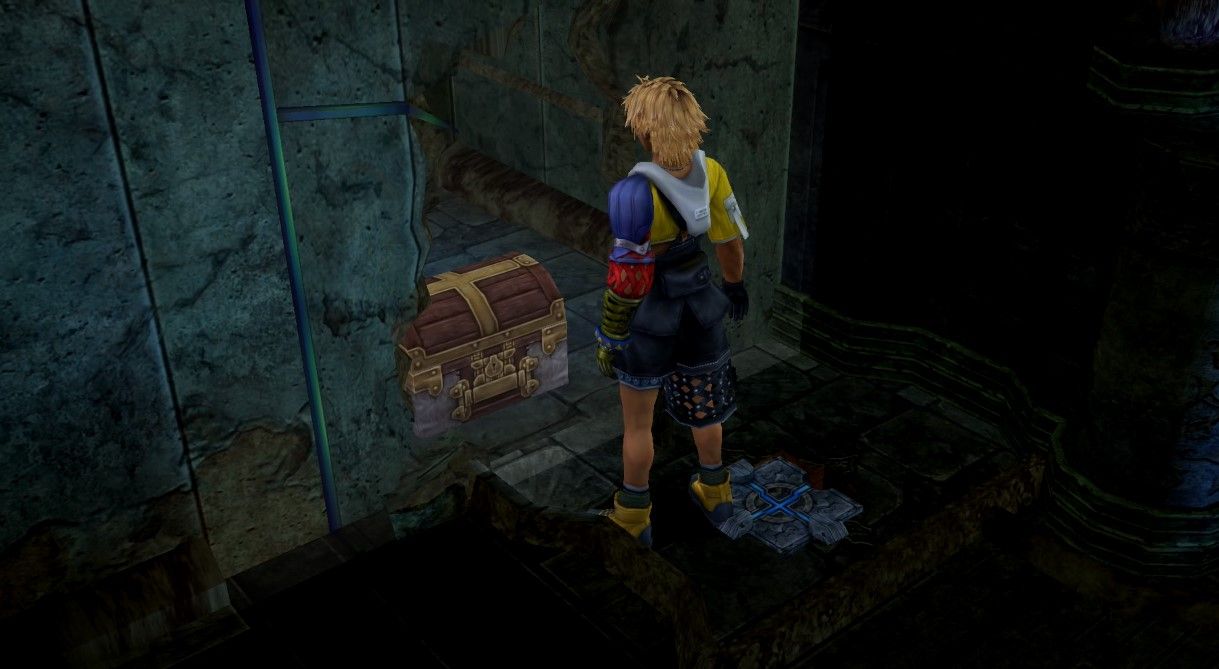 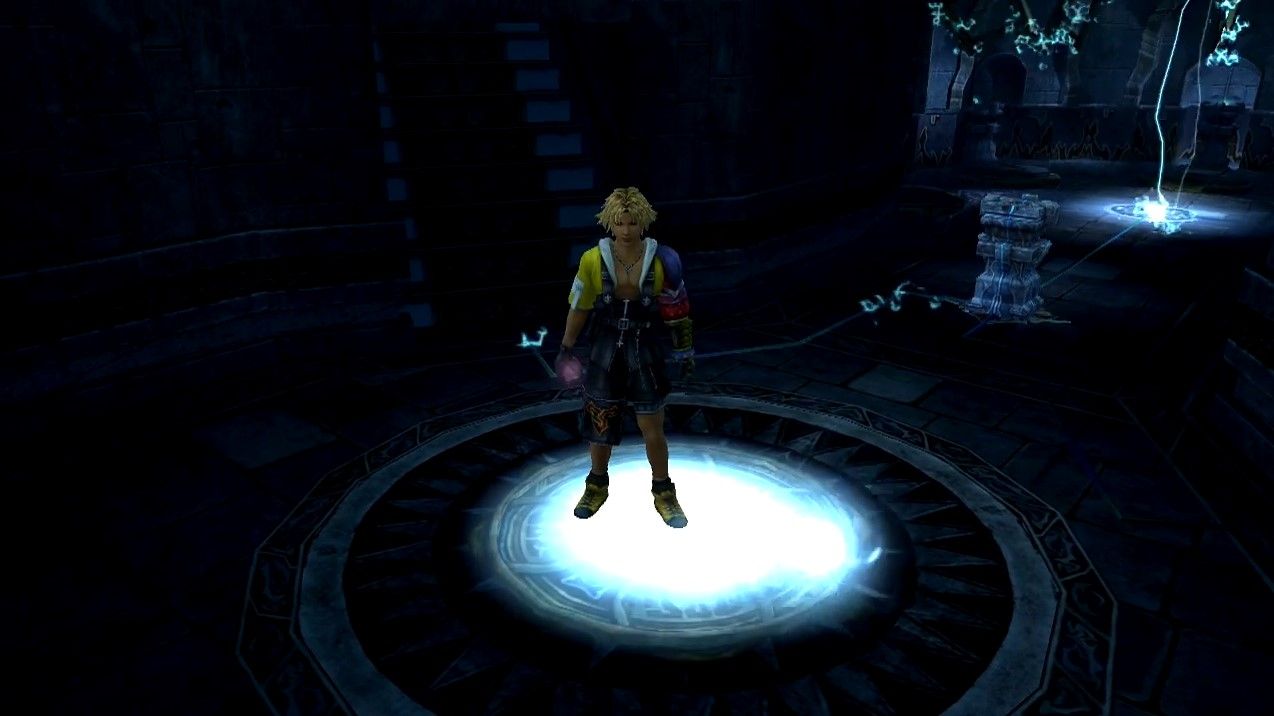 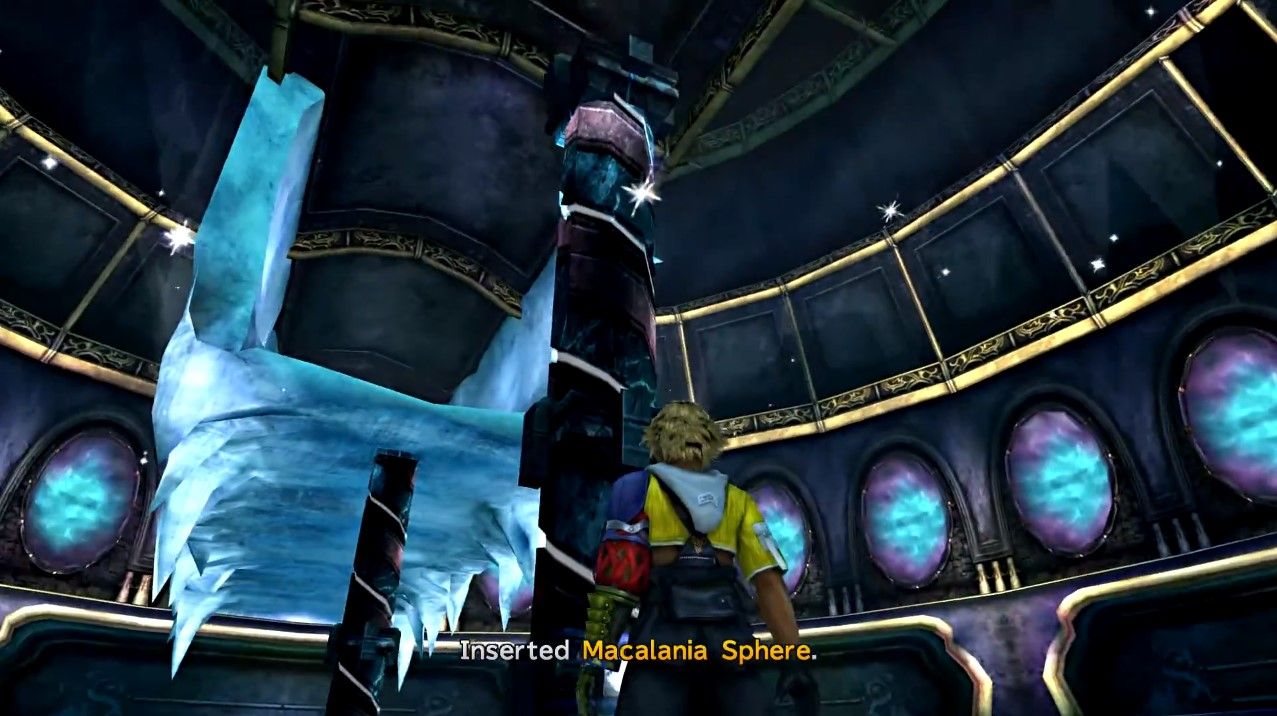 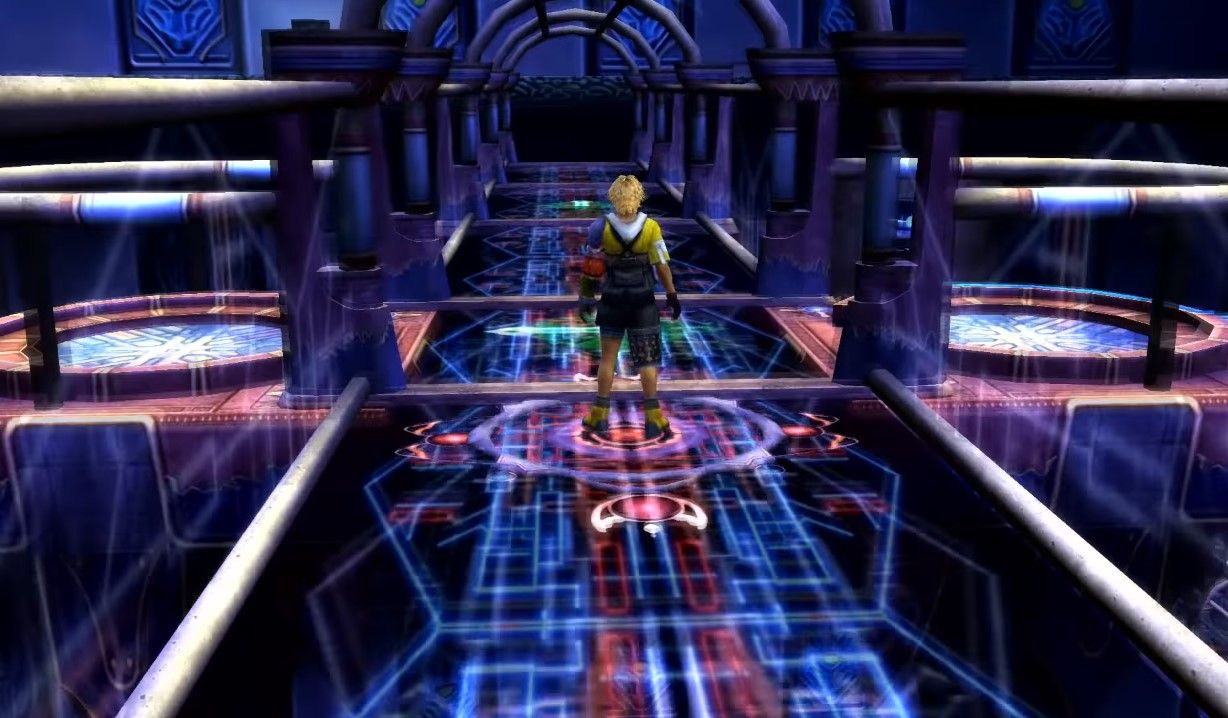 After pushing the pedestal onto the path you’ll find yourself on a moving platform and the idea is to hit X/A while passing over glyphs, taking into account the direction in which the arrow is facing on each glyph as it changes.

Essentially, you need to time it right to hit the button when the arrow is facing the way you want. If you fail and continue off the edge, you simply restart, so don’t worry.

You will find yourself in a room with a Tetris-like solution displayed on the wall. Interacting with the solution wall will briefly show you the location of the shapes on the floor.

You need to step on the white dots on the floor to make the correct shapes appear — the shapes that are present on the wall. Stepping on the wrong spot will make you have to restart.

All of the spots you have to step on for the first puzzle are shown below: 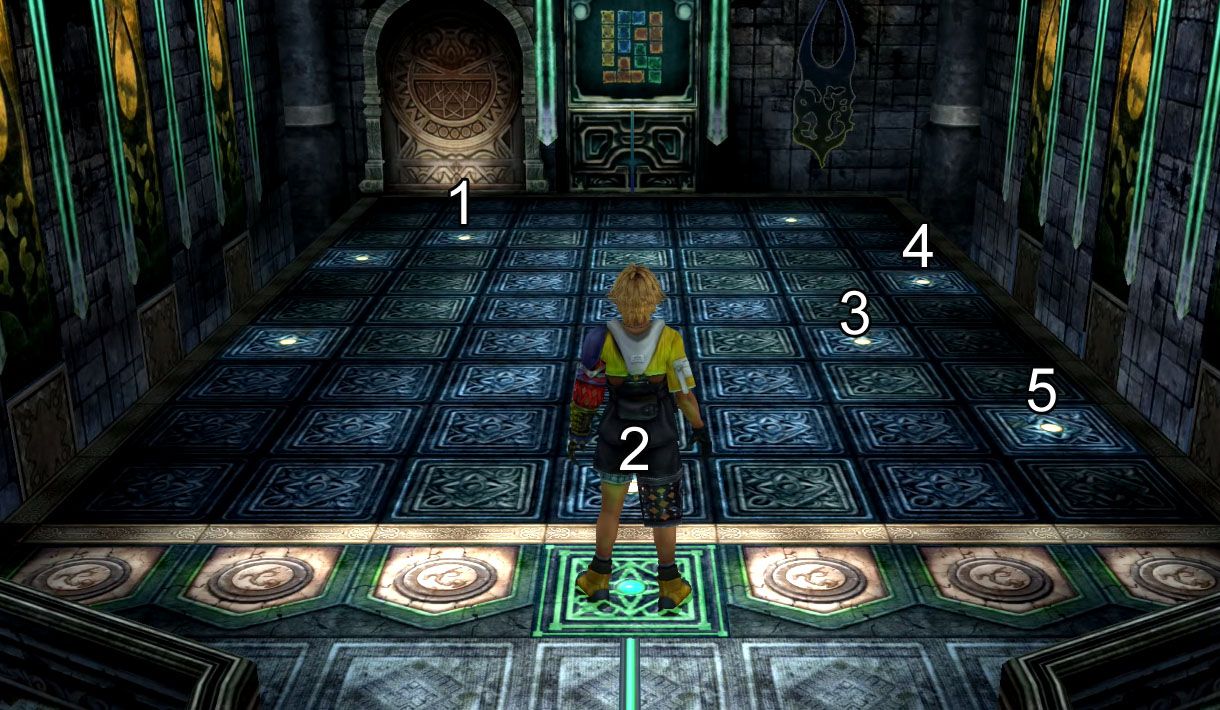 Afterward, six pedestals will appear and the door to the north will open. Four of the pedestals can be pushed into the wall and will display a new puzzle solution, after which you must head through the door and recreate the new shapes, just as you did before. After each puzzle is solved, a glyph will light up in the center of this room.

Here are all of the four pedestal puzzle solutions: 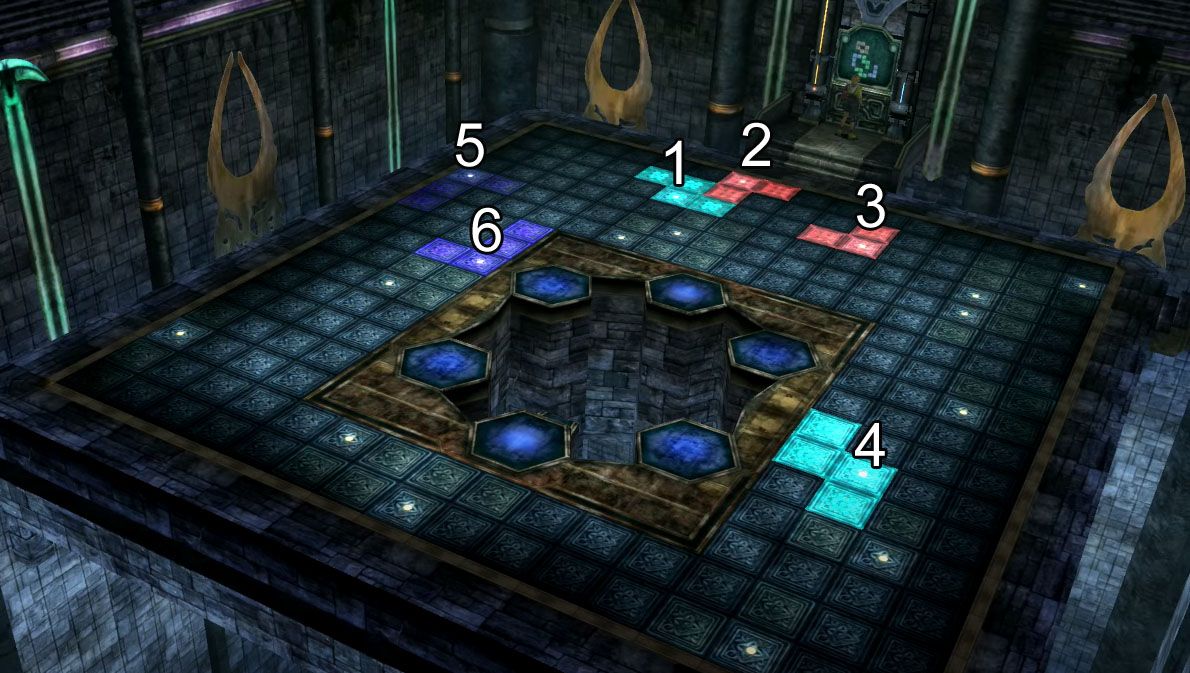 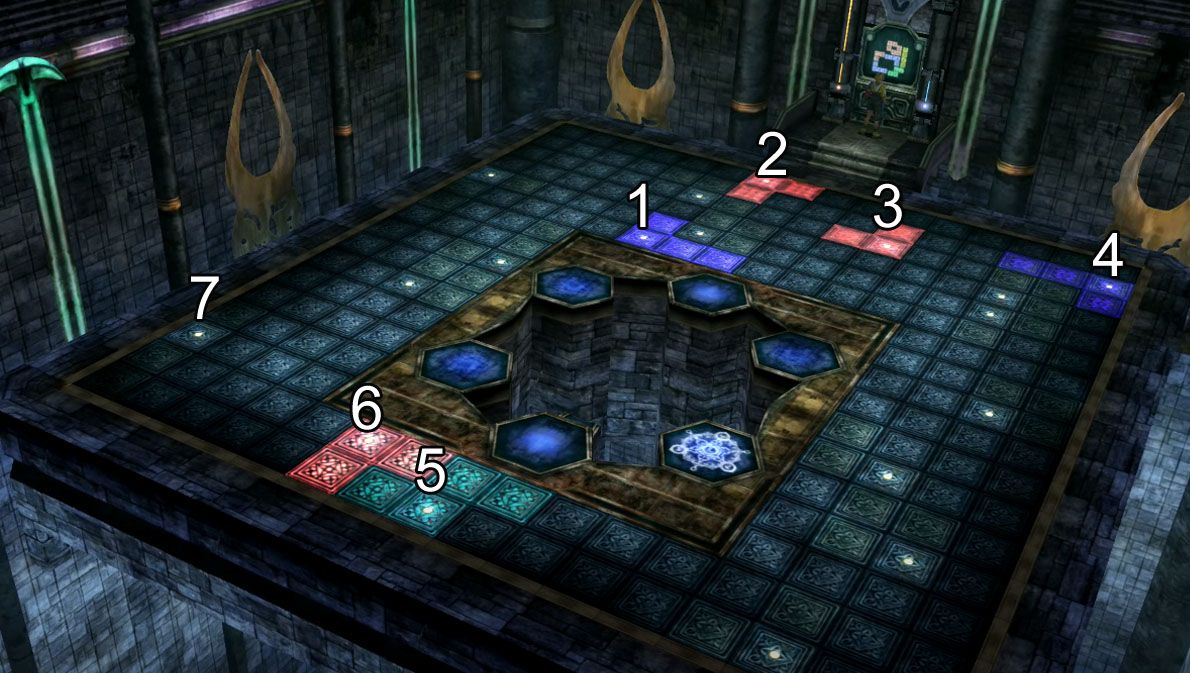 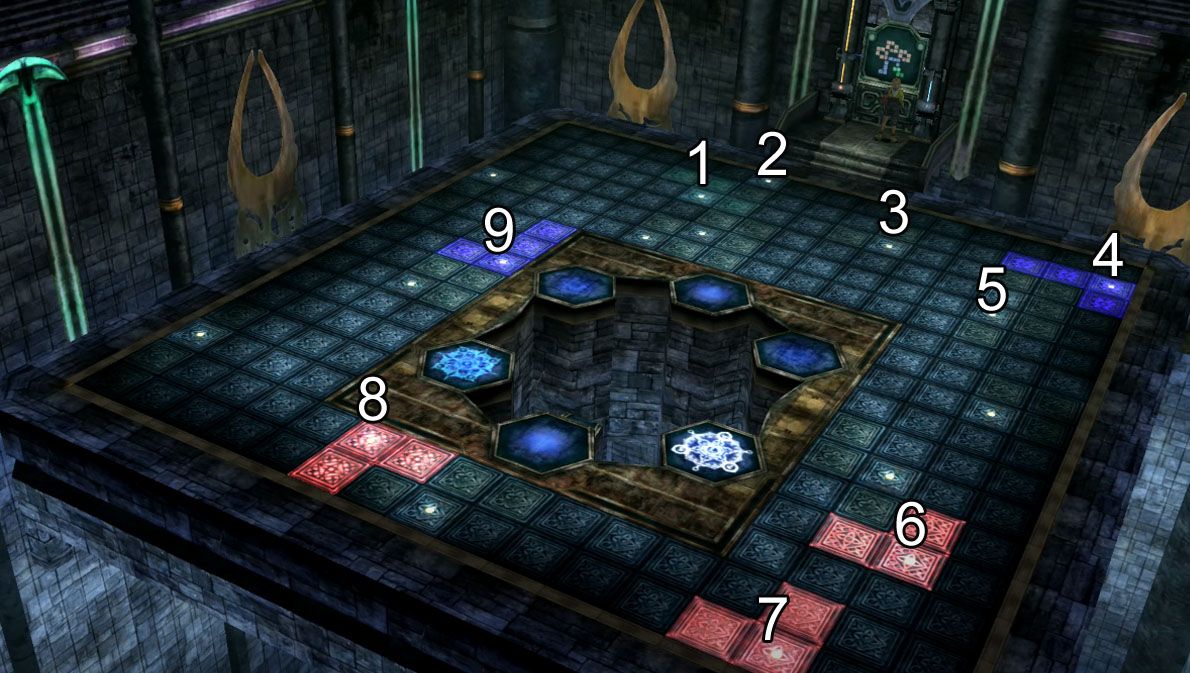 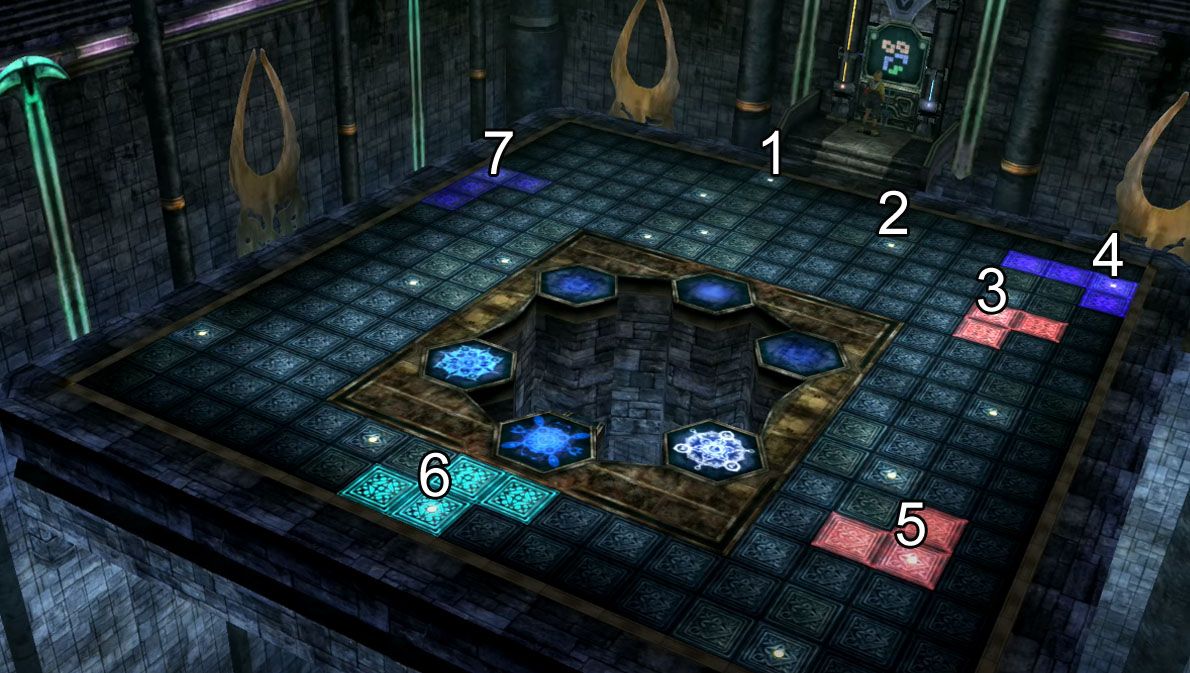 Once you have solved all four pedestal puzzles, you can grab the Kilika Sphere and Besaid Sphere from the top of the second puzzle room and put them into the two center pedestals in the first room (the ones you didn’t push in). This will make a save sphere appear, so save up and prepare yourself for a boss fight.

If you were wondering where the Destruction Sphere and treasure were on your first visit to the Zanarkand Cloister of Trials, worry not. You can’t get this until you have airship access, at which point you need to return to Zanarkand.

On your return, the puzzle solution screen is now displaying white squares, so you need to find all the white square shapes in both puzzle rooms. 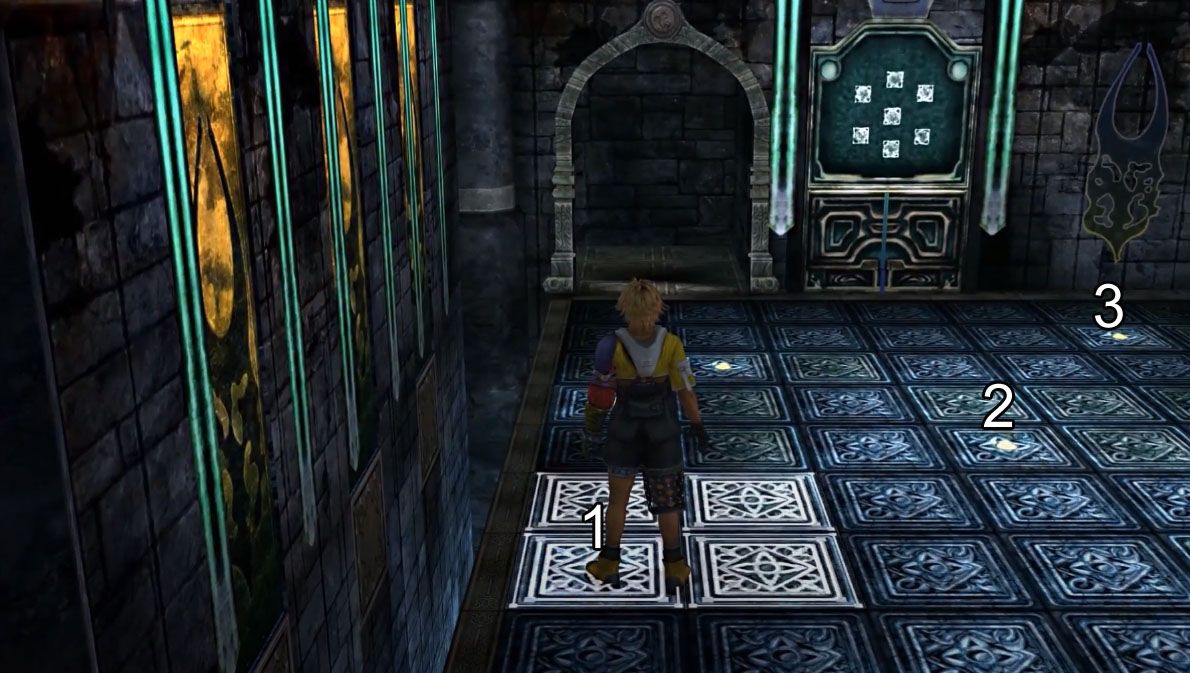 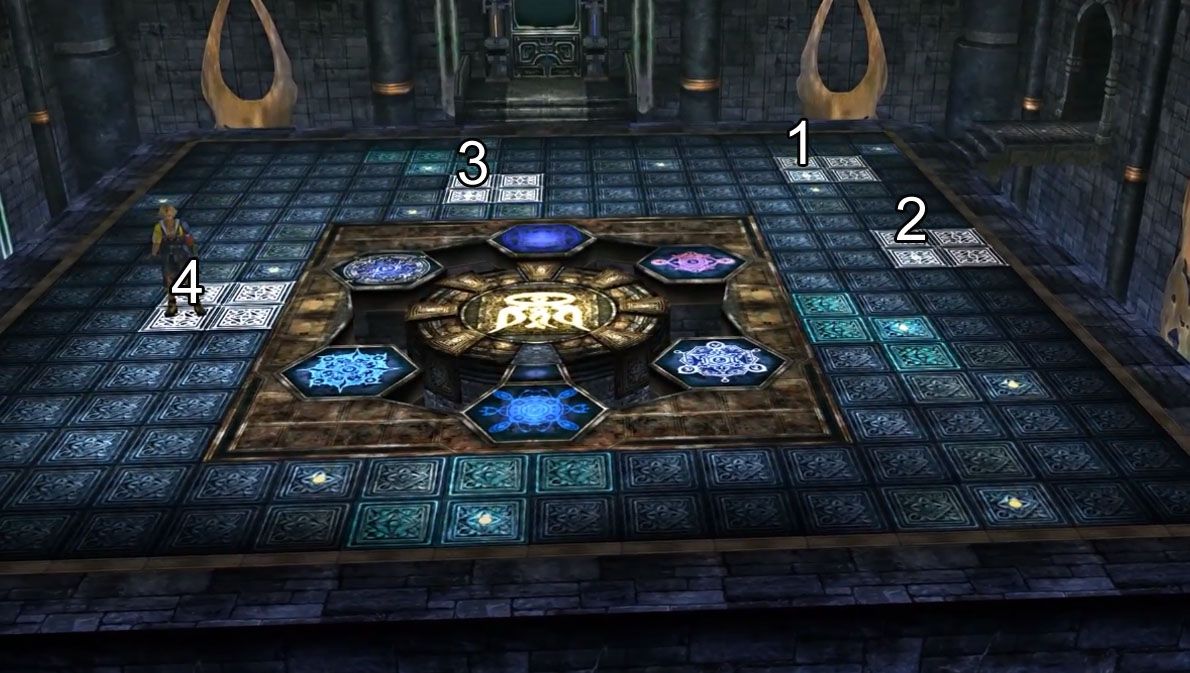