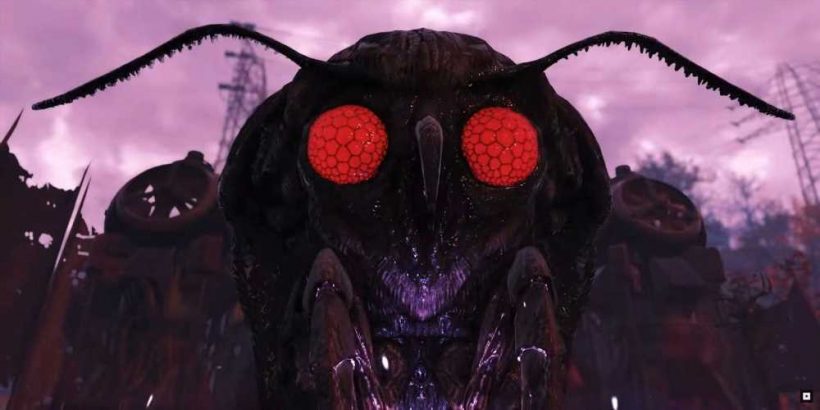 Fallout 76 is a special game, and so it celebrates the holidays in a special way. Rather than Christmas being about jolly old fat men riding sleighs powered by reindeer, Fallout 76's holiday event centers around a cult and a giant, terrifying moth.

The Mothman Equinox Seasonal Event is now on in Fallout 76 until December 21. The event takes place every hour on the hour at Point Pleasant in the forested region of Appalachia. To start, talk to Interpreter Clarence on the roof of the Mothman Museum. He'll have some tasks for you to perform in order to aid the Enlightened, which can include lighting ceremonial bonfires and defending the museum against hordes of Mothman cultists.

Finish up your tasks before the timer expires and you'll be invited to return to the Mothman Museum's roof to commune with the Wise Mothman. And then you'll get some new themed plans and maybe some lore about the Enlightened.

Honestly, it doesn't seem to be very Christmas-y. The Mothman isn't even wearing a hat.

Besides the Mothman event, Season 7: Zorbo's Revenge has started. Zorbo is back to take revenge on Captain Cosmos, and he's assembling a crew to help him build a huge war machine to take Cosmos out. Zorbo has new cosmetics and new CAMP projects to entice henchmen, and ranking up on Zorbo's Scoreboard will unlock two new allies: Xerxo and Katherine. Both offer new wares and a daily buff.

Quality of life improvements can also be found in Fallout 76's latest update. A "nearby corpses" button will let you loot all corpses in the nearby vicinity and not just the one you're looking at, while Legendary loot sharing lets you share the spoils of fresh Legendary creature kills with anyone in eyeshot. XP sharing shares the experience too.

Pip-Boy color customization, a Pip-Boy keychain, a "new" tab on the CAMP menu, and the Appalachia-wide rollout of the Contextual ammo system have also arrived in the latest update. There's more, which you can read about in the patch notes here.