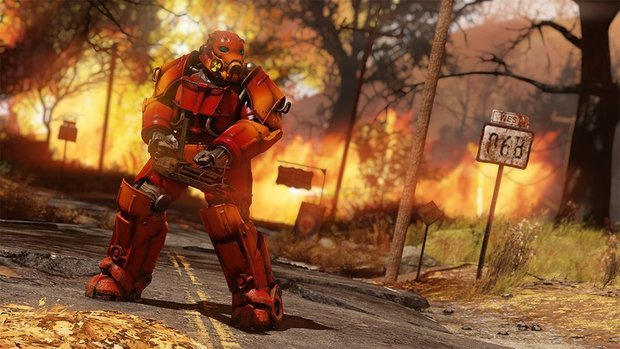 Fallout 76 servers are down this afternoon for the maintenance whilst Bethesda sets to work releasing the games latest update on PS4, Xbox One and PC.

This news was confirmed by the games official Twitter account last night, retweeting a message from @BethesdaSupport, which read:

“Fallout76 will be offline for maintenance across all platforms around 10:00 a.m. EDT on June 10th. For updates and patch notes, keep an eye on the following forum thread.”

This was further supported with a link to a Bethesda Community Support page (available on the link) which provided some further clarity into the upcoming downtime for the game.

We’re planning to bring Fallout 76 offline across all platforms around 10:00 a.m. EDT on June 10, to perform maintenance and apply updates. During this time, you will be unable to log into or play Fallout 76, and we’ll keep you updated in this thread to let you know as soon as you’re able to jump back into Appalachia.

Patch notes will be available for this update after today’s maintenance begins. Thank you!”

“We’ve now brought Fallout 76 offline across all platforms in order to perform maintenance and apply updates. We don’t currently have an end-time to share for downtime today, but we will keep you updated in this thread as maintenance progresses.”

In terms of how long the game could be offline, there’s, unfortunately, no information from Bethesda to outline how lengthy this downtime could be.

The last update took several hours for the game to be updated. However, every patch is different, so it’s impossible to say for sure.

Your best bet would be to follow @BethesdaSupport on Twitter who’ll no doubt be providing regular updates on the state of the game during this period of maintenance.

We would imagine that with the game set to release a big – what we imagine is a beta – for the new Nuclear Winter Battle Royale mode, that this could be quite extensive and take a good few hours to release.

As mentioned, official patch notes should be released once downtime begins.

However, although new Fallout 76 Patch Notes have not been shared just yet, the team has given some indicators of the many changes and fixes they’re looking to implement as part of the Nuclear Winter update.

You can read more about the Nuclear Winter update, on the link above.