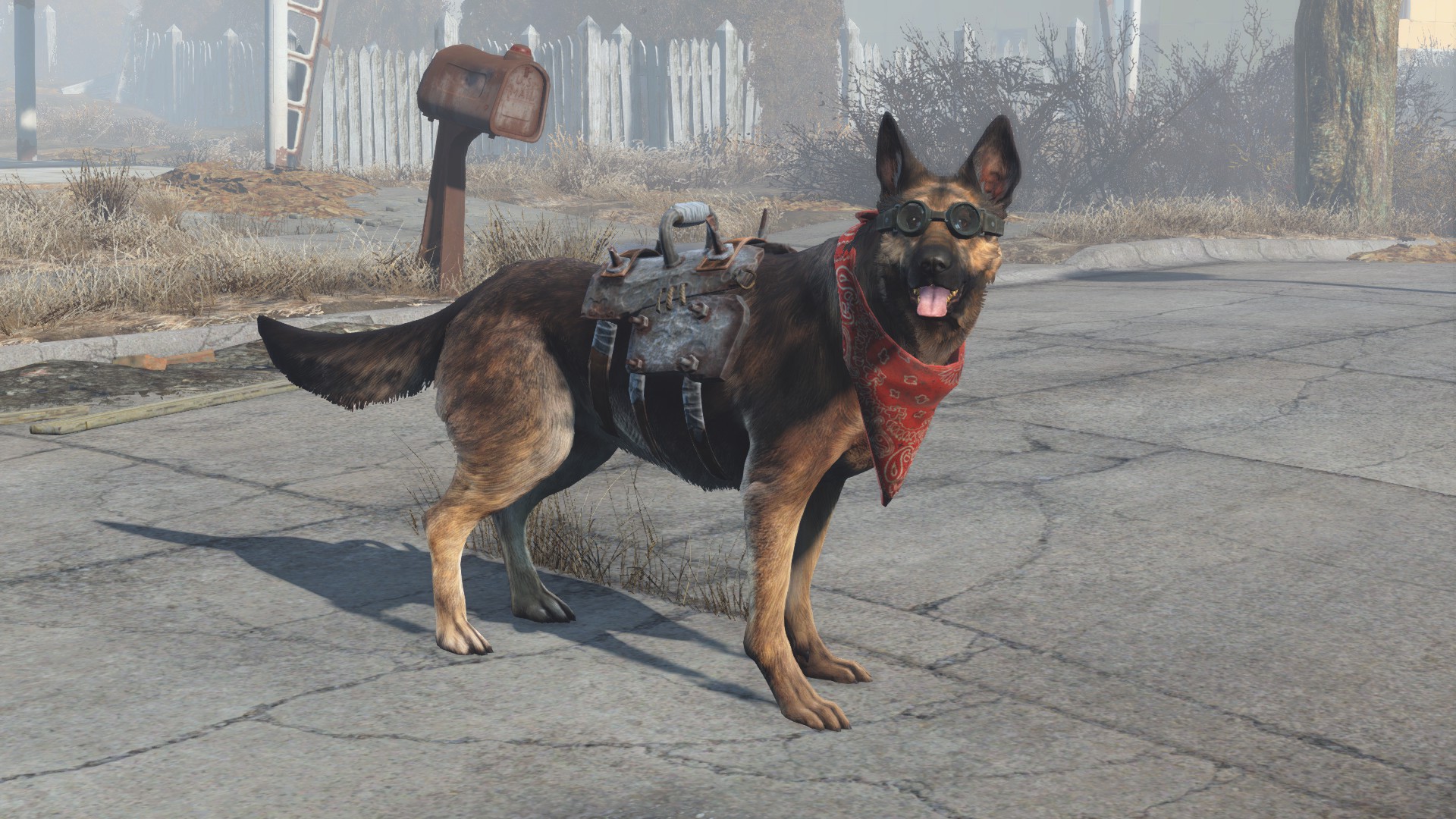 One of Fallout 4’s most recognisable aspects was the inclusion of Dogmeat, a German Shepherd who you could adopt and have as a travelling companion.

Over the weekend, Fallout 4’s lead level designer Joel Burgess broke the sad news that his dog River, the ‘actor’ and inspiration for Dogmeat, had passed away.

Rather than eulogise her, Burgess chose to share some behind-the-scenes stories of how River contributed to Dogmeat’s creation. Burgess states that his biggest concern with Dogmeat was that he would be treated just as a weapon rather than a companion.

The team at Bethesda originally researched professional dogs who had film or police training, but eventually went with River, who went on to become an official part of the team.

River was used to model Dogmeat’s appearance and animations, and even provided audio since the team wished to avoid using stock sounds as much as possible.

Even her behaviour was translated into the game. When taken on walks, River would trot ahead but regularly look back towards Burgess, which was carried over into Fallout 4.

And her love of bringing people objects led to the inclusion of Dogmeat’s item-fetching and seeking features.