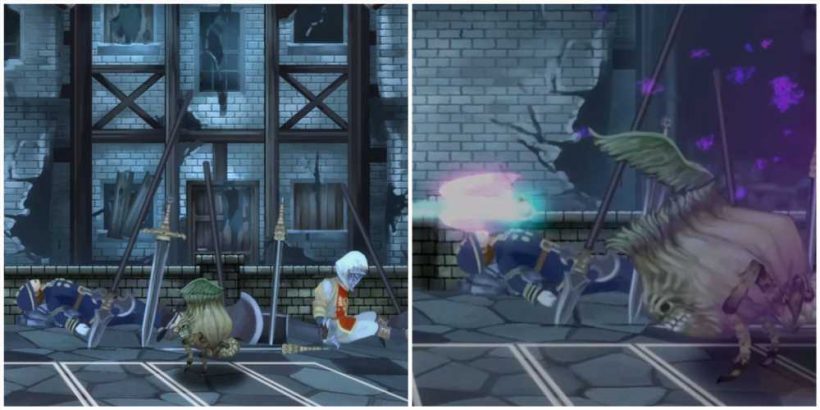 Fallen Legion Revenants started with a slow burn before culminating in quite the bang. Fighting a building-sized flying whale is certainly one way to build intrigue and interest. Chapter Two continues this high note – at least in terms of mechanics. Gone are the tired bosses of yore, and in their place are challenges worthy of song.

The first boss you will encounter is the rather diminutive Spriggan. The small plant monster is mostly harmless at first glance – certainly less imposing than even the New May Leader, let alone Arkhaeocetes. Looks can be deceiving, however, and this Spriggan is a very capable combatant in the right circumstances. 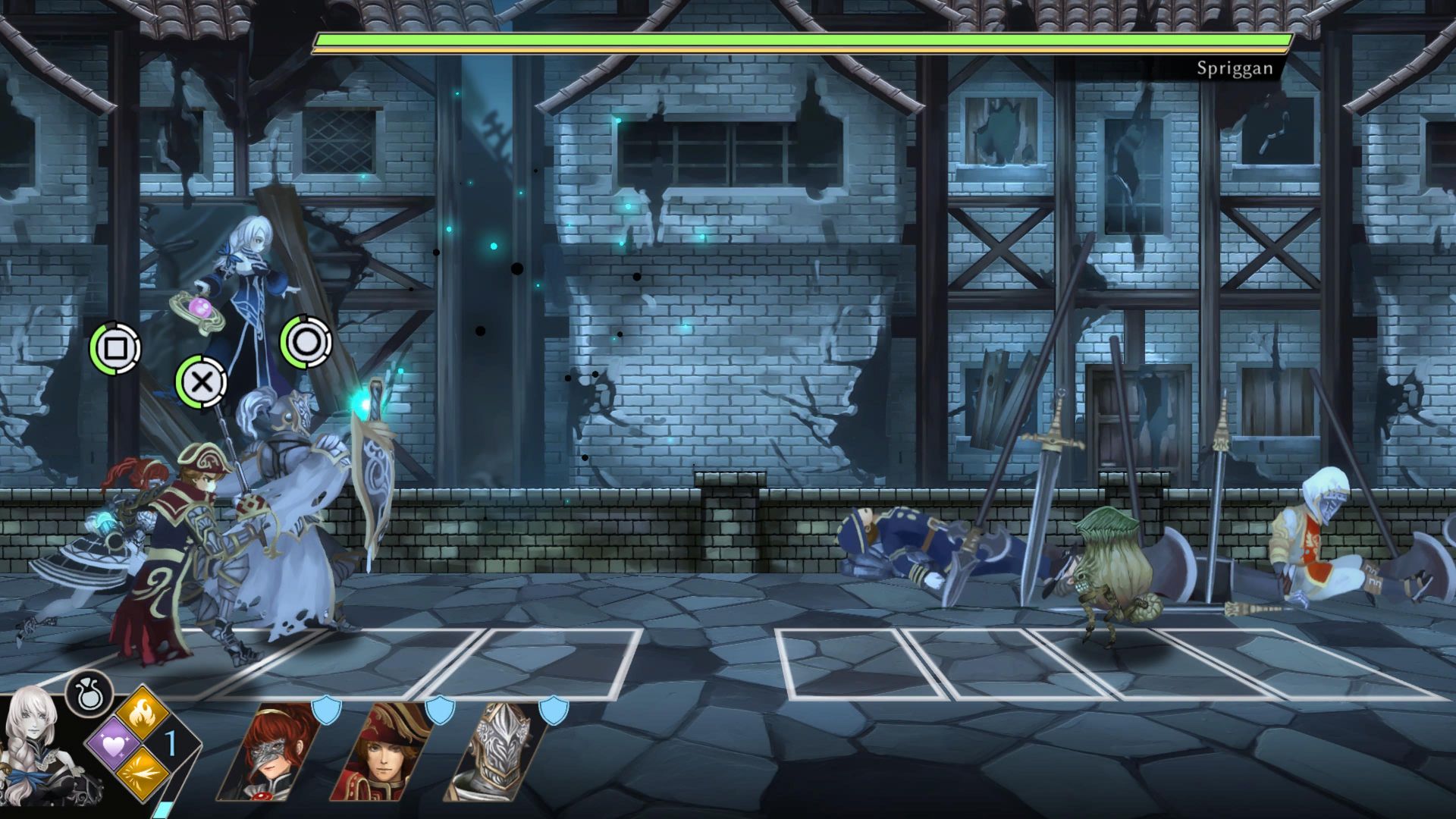 Spriggan is an unusual foe as it doesn’t have many attacks, and those attacks aren’t very good. In fact, they are barely more imposing than the plant-based enemies you have been fighting in abundance since starting this chapter.

This trick, however, is that Spriggan has two distinct movepools, and it will move between them based on environmental conditions. Needless to say, its second movepool is far more dangerous.

This form only has one attack, and it’s not very good.

When Spriggan transforms into its Trance state, it becomes substantially more dangerous – even if it only has a couple of attacks to its name. 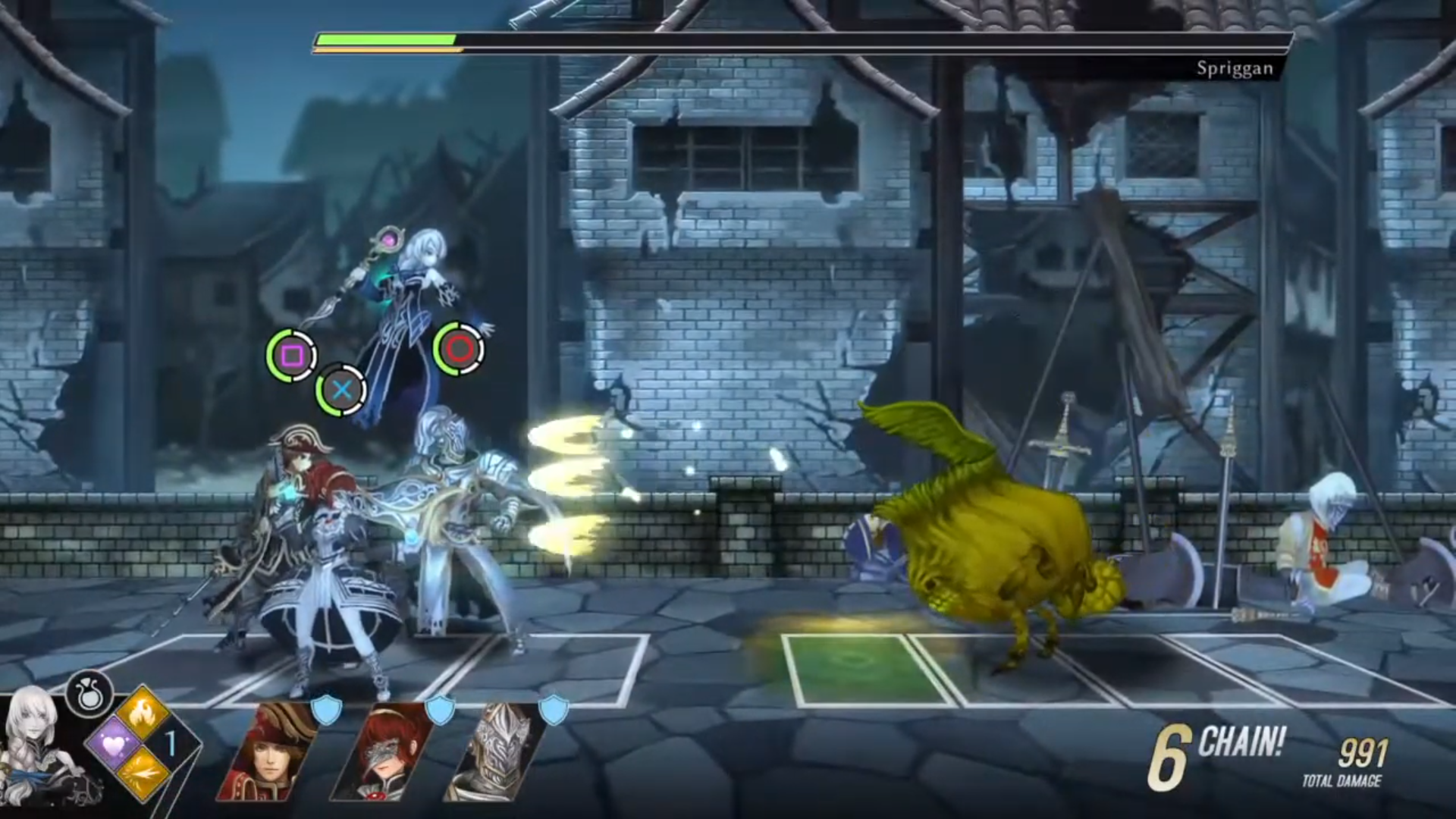 So we have discussed how Spriggan will kill you, but there is still the matter of how Spriggan enters its larger, Trance state. As the fight rages on, special purple tiles will spawn on Spriggan’s either side of the battlefield. Spriggan will start to move between attacks toward these tiles. If Spriggan makes it to one of these tiles, it will transform into its more powerful state.

The trick to this mechanic is to keep Spriggan off these tiles. Unfortunately, the longer the fight goes on, the harder this becomes. Spriggan will start to move more rapidly and more tiles will begin to appear. This makes Spriggan’s transformation almost a guaranteed occurrence.

Once Spriggan has been in its Trance state long enough, a green tile will spawn on Spriggan’s battlefield. If Spriggan touches this tile, it will revert to its smaller form. As a result, you want to focus on manipulating Spriggan’s position throughout this fight to delay its transformation and shorten it once it achieves it.

Any Exemplars that can manipulate positioning are a must for this fight. We found that Zulfiqar, Aleister, and Jacquine were ideal for this as they had a mixture of Pulls and Pushes that helped keep Spriggan locked down for most of the fight. Not only that but Zulfiqar's and Jacuine’s Deathblows also dealt large amounts of BP damage.

As a side note, Zulfiqar's knockback also Deflects any attack that strikes Zulfiqar during its animation. This can be used to prevent Large Spriggan from dealing damage when it starts to fire its Spit. 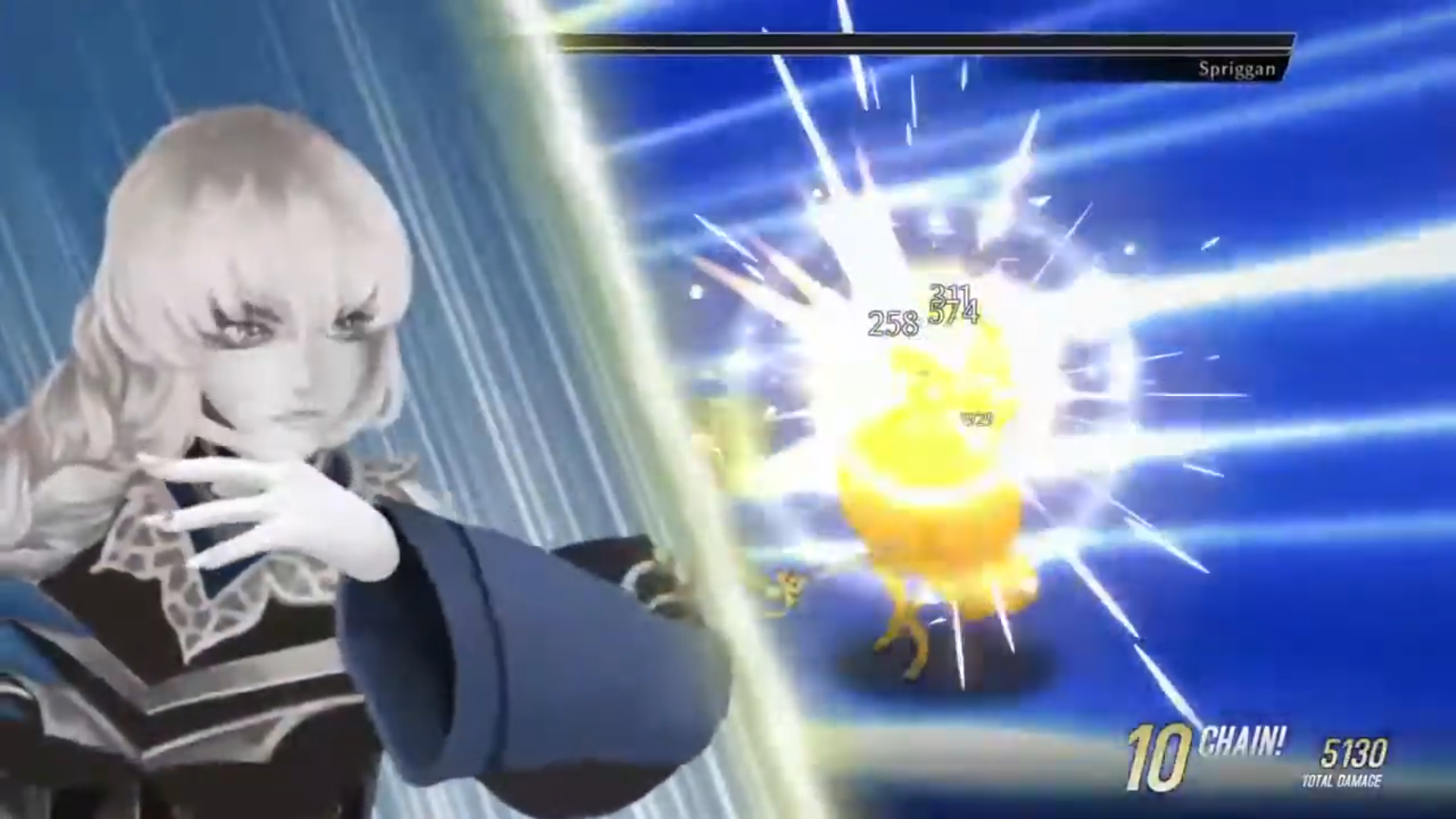 This fight requires near constant mana expenditure. You either want to use your Exemplar’s Deathblows or Rowena’s magic to manipulate Spriggan. The longer you can keep Spriggan off those Trance tiles, the better. All the while, you want to be prioritising high BP attacks to Break Spriggan.

Spriggan has a lot of BP and it regenerates fairly quickly, so you will need to plan your attacks carefully. You do not want to attack with all of your Exemplars at once, as Spriggan will regenerate during the downtime as your AP regenerates. Instead, stagger your attacks. Have one Exemplar attacking, and then alternate once they have run dry. This will keep a constant flow of damage on Spriggan and prevent his regeneration from really kicking in.

Spriggan will eventually enter Trance, and this is where the fight can go south very quickly. Spriggan deals a disgusting amount of damage per attack, and it can lead to a party wipe faster than you can blink. Make sure you have some Mana left over for emergency healing and revival.

Remember that Exemplars can revive if you Perfect Parry enough times.

If you are feeling lucky, you can use Spriggan’s larger form to defeat it more quickly. This is because Spriggan’s Spit attack can be Reflected to deal heavy BP damage. This is of course much riskier and a couple of wrong moves will mean a party wipe, but it will shorten the fight if you pull it off.