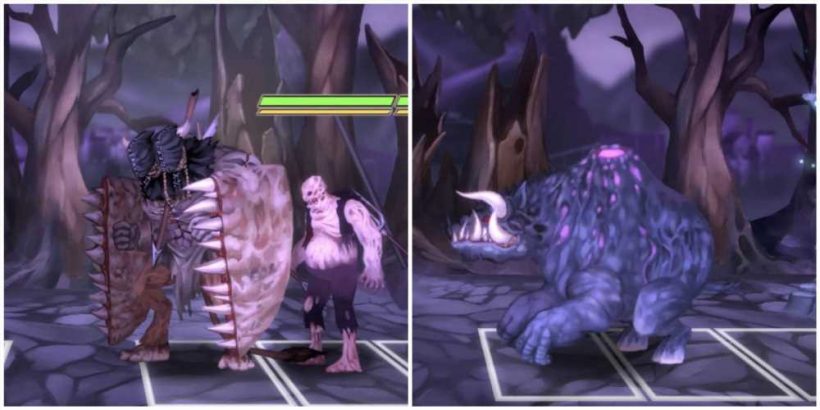 Fallen Legion Revenants is split into several chapters, with each Chapter consisting of multiple choices and levels. Your choices determine your levels, and those levels, in turn, determine which mini-bosses you will end up fighting on your journey. All of this is true from Chapter One, so get ready to fight, rewind, and fight again.

Chapter One has three mini-bosses in the form of New May Leader, Vile Abattoir, and Catoblepas. Whilst these enemies are not quite on the same level as a full Chapter Boss, they are substantially more powerful than your standard enemies and require a bit more thought to put down for good.

How To Beat New May Leader 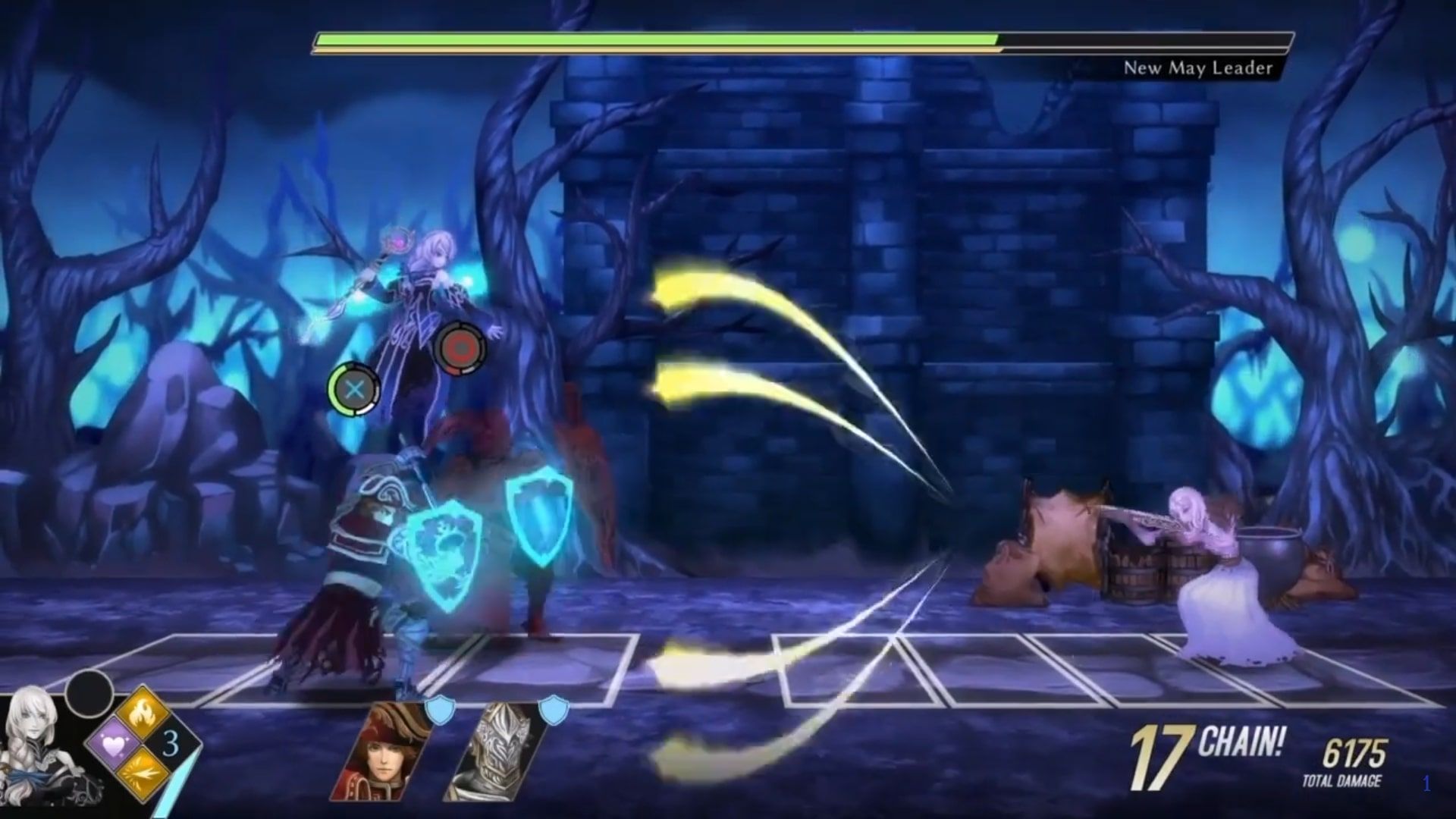 This is the first mini-boss you will face in Fallen Legion Revenants, and she is by far the easiest. She is also mandatory, so you will always cross her on your path. She is largely a tutorial, so getting through her should not be an issue – even on harder difficulties.

New May Leader only has two attacks, making her very easy to read and react to.

You don’t have a choice on which Exemplar’s to use for this fight – just make sure Zulifqar is out front so he can tank each attack.

This battle is very simple. All you have to do is attack New May Leader – ideally staggering your attacks to maintain your Chain and to spread your AP expenditure. You will also need to Block/Deflect/Perfect Parry her attacks.

You have two options for this, you can either time your blocks, or you can use Zulifqar’s Deathblow which automatically Deflects any attack that strikes Zulifqar during the animation. This won’t Reflect New May Leader’s attacks, but it will prevent them from doing damage. Not only that, but this Deathblow also deals very high BP damage, which is great for Breaking New May Leader.

How To Beat Vile Abattoir 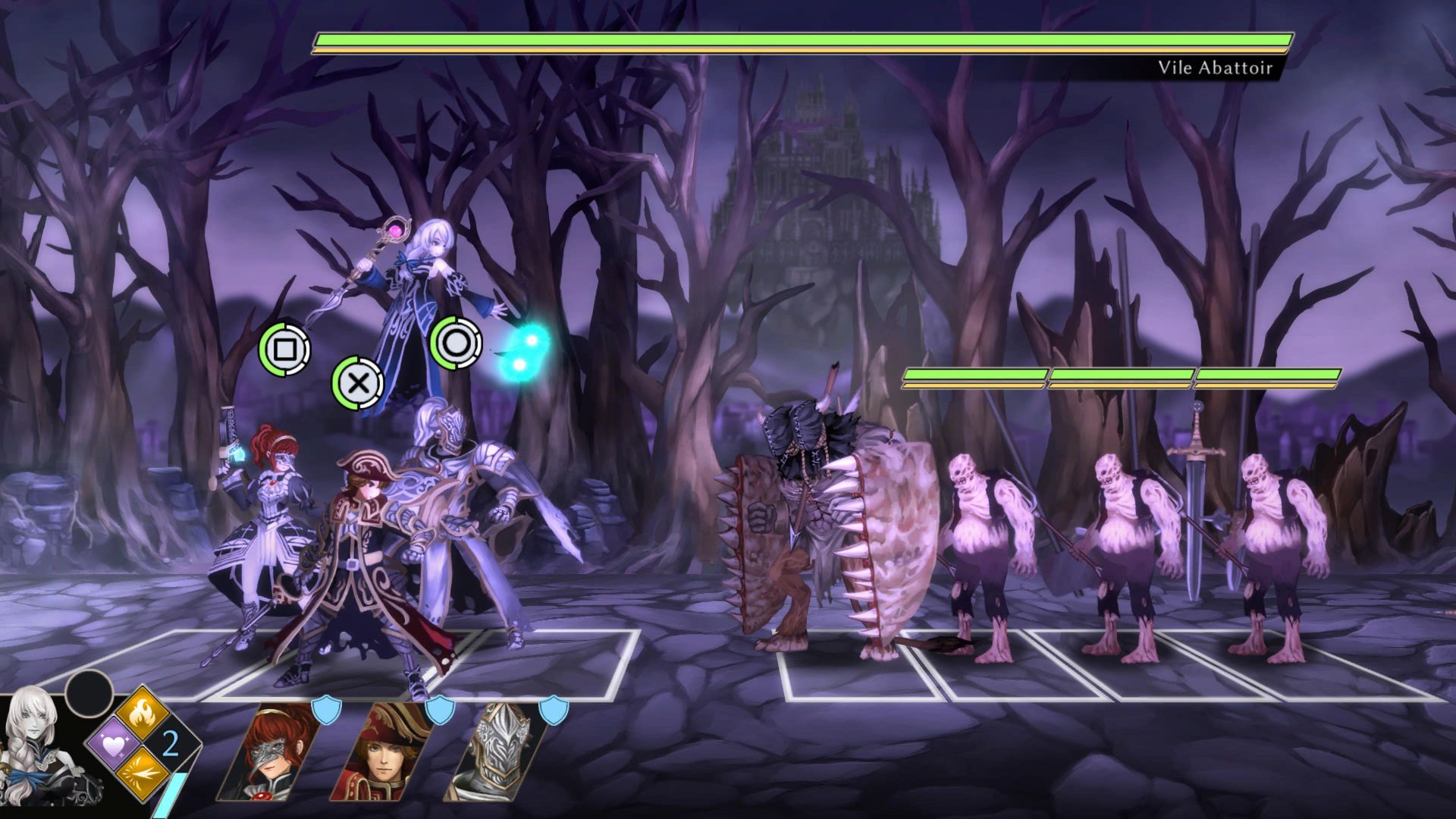 Vile Abattoir, unlike New May Leader, can be quite a tricky fight. It is one you can quite easily lose if you aren’t careful. Not only that, but Vile Abattoir is not a guaranteed fight. To unlock this mini-boss, you will need to select the Dolar Hills the second time the option crops up. This is chosen instead of Realis Cemetery.

Vile Abattoir is not only a deadly combatant but also a potent support. Being a tarted-up Shield Bearer, this thing is both tanky and powerful.

You will only have access to Zulifqar, Aleister and Burgundy for this fight, so bring all three. Make sure that Burgundy is at the back and Zulifqar is upfront for optimal tanking.

The strategy here is to make sure Vile Abattoir does not have any allies waiting in the wings to gang up on you. For this, you want to try and use AOE Deathblows and regular attacks to mince any minions that get spawned.

Outside of this, you want to try and deal damage to Vile Abattoir as much as possible. The quicker it dies, the less time it will have to summon new minions and buff them with Onslaught.

Remember, you can interrupt Vile Abattoir’s casting whenever his shield is closed with Push and Pull Abilities. This will not only prevent the spell from casting, but it will also stagger Vile Abattoir. This will let you deal bonus damage for a short time, making this fight much easier. Vile Abattoir will always launch a melee attack after they recover from stagger, however, so don’t be overzealous. 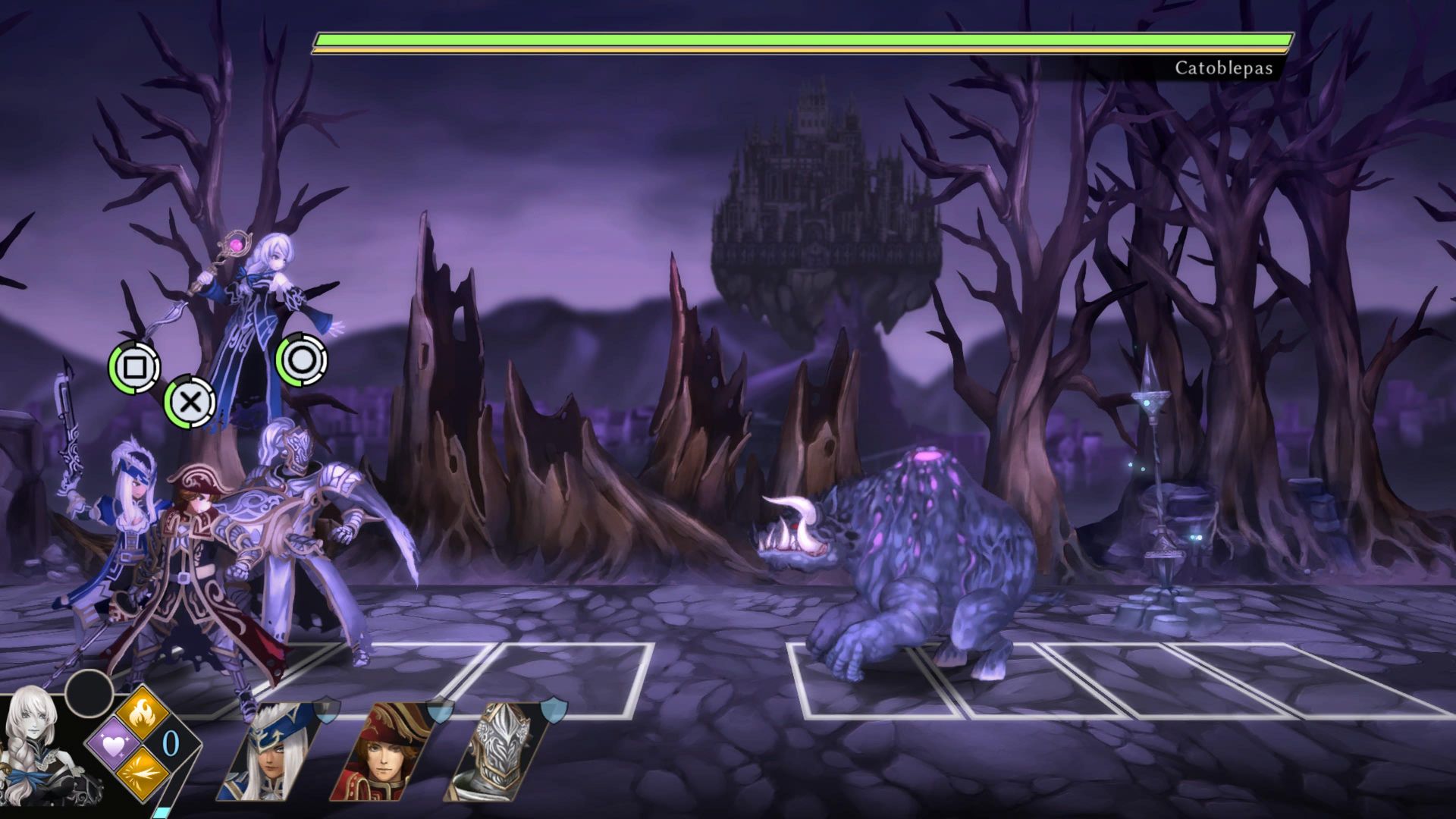 Catoblepas is likely to be a boss you won't encounter on your first run through Chapter One. This is because the choices you make in Chapter One tend to push you away from the level Catoblepas resides. To fight Catoblepas, you need to head to Realis Cemetery instead of Dolar Hills when the option crops up. This will lead you to Catoblepas, and it will also unlock a new Exemplar – Solomon.

Catoblepas, like with Vile Abattoir, is much more dangerous than New May Leader. However, of the three, we would rank Catoblepas as the second hardest boss. They don't have quite the same tricks as Vile Abattoir, but it does make up for that with more damaging, harder-to-block attacks.

For Exemplar’s, it depends on who you have access to – or more accurately, if Catoblepas is fought after Vile Abattoir. If this is the case, then you want Zulifqar, Aleister, and Jacquine. If not, then swap Jacquine for Burgundy.

The strategy is simple – keep Catoblepas away from you. You want to use Zulifqar, Rowena, and Jacquine to push Catoblepas to the back of his area, and then keep your party as far back as possible too. This will give you more chance to react to Catoblepas’ projectiles and put you out of range of Sulphur Mist.

The name of the game here is to play it safe – especially if Frail Earth is in play. You want to keep your party away, and only attack in response to a Perfect Parry. The moment you see Catoblepas start casting, stop attacking and fall back. You don’t want to eat Sulphur Mist, and you don’t want to spend Mana on healing – you want to spend it on movement abilities.

It will take three or four Breaks to kill Catoblepas, so this can be quite a long fight.