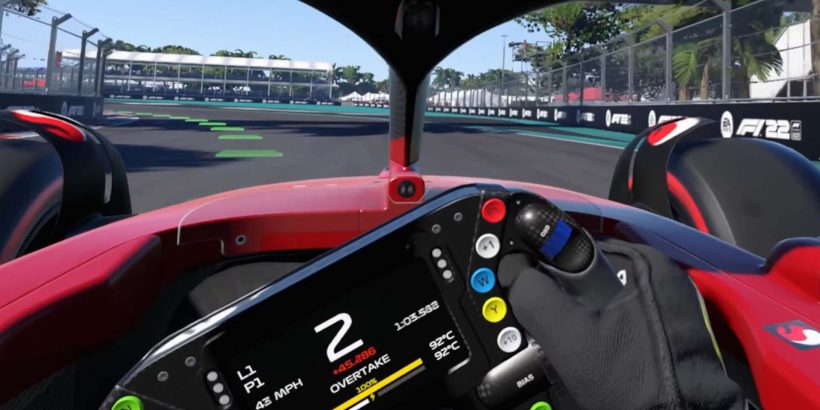 We now have our first look at F1 22 running in VR.

Earlier this week YouTuber Alex Gillon posted nearly 10 minutes of footage of the upcoming racing game running in a Quest 2 via Air Link as part of EA’s Creator Network.

For the most part this footage looks pretty much as you’d expect. Speeding down the game’s new Miami Circuit, we get to see how the ability to move your head freely in-game can change up the racing experience in news ways. We do also get to see a bit of the pre-race experience in VR.

What we haven’t seen yet, though, is how the rest of the game shapes up in VR. We’re likely to see virtual versionsw of the 2D menus etc for the UI, but we’ll have to wait a little longer to find out.

F1 22 is due out on July 1 with pre-orders launching May 16. Bonuses for pre-ordering include early access to the game on June 28. Currently it’s coming to PC and consoles but only the PC version is due to get VR support. No integration with PSVR has been announced but we’ll keep our fingers crossed that the PS5 edition will get PSVR 2 support once the headset is finally released.