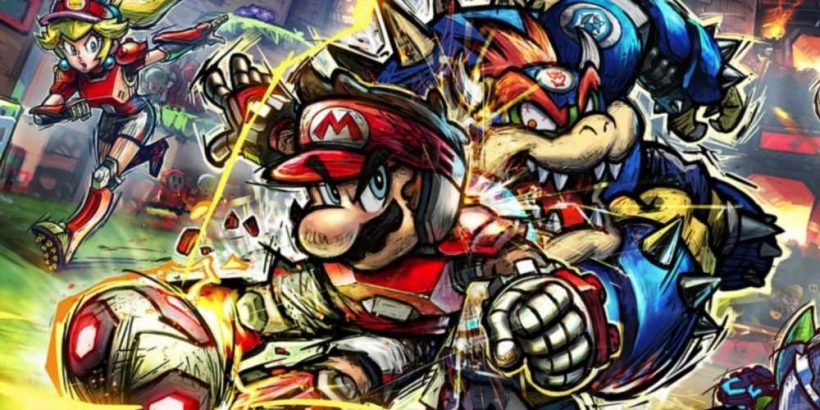 Super Mario Strikers launched on the GameCube back in 2005, but nearly 20 years later, fans are still unearthing its secrets. One dataminer dug deep and found humanoid Mario-like characters with no eyes and big noses.

Dogon McBanana, who made this discovery (thanks, Eurogamer), has a working theory that these were complementary characters, serving as the team members to a captain's roster. That's because there are also Donkey Kong-like NPCs and a Luigi dupe, but how finished these textures are varies. The Mario ones are far more realised than the Kong ones, for instance.

"There's also a Dull Bones from the Paper Mario series fully realised in 3D, labelled as 'Medic'," Banana wrote. "I think some form of these security Pinatas were in the E3 Prototype, but so far as I can tell, they go unused in the final game."

In the thread, he also highlights a few cameras that go unused including a TV van and Shy Guy, but these were cut, meaning Shy Guy never made an appearance in Super Mario Strikers. They were swapped out for "futuristic-looking automated cameras" in the retail version.

Within the datamine, they also found a goomba guard with a heart shield and spade spear, pointing to the cut peach_palace stage being themed around a deck of cards. It might've been similar to Alice in Wonderland, but the level found its way to the chopping block, never releasing in the retail build.

There were also some banners and signs that never made the cut along with a few recoloured Marios, one having a similar palette to Wario with purple overalls and a yellow shirt underneath. Maybe some of these ideas will come back in the new Mario Strikers: Battle League, but for now, we get to see behind the curtains into what nearly was.