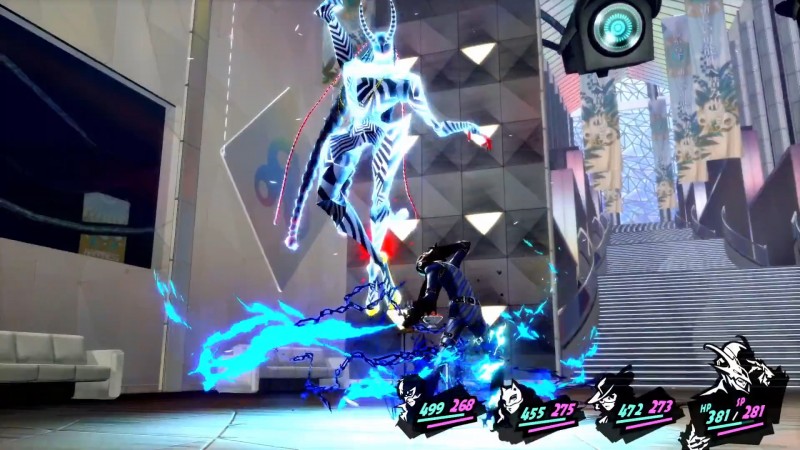 Persona 5 fans are hungry for the upcoming (and updated) new version, Persona 5 Royal. Much like the additions made to Persona 4 Golden, Persona 5 Royal is adding a lot of content to draw the old fans back into the palaces and capture the hearts of some new fans. The additions include new party member Kasumi Yashizawa, a third term in the school year, a new confidant who works as a counselor at Shujin Academy, some new music, and a new map location. There are many other smaller changes being made, but not all of them have been revealed yet.

In building up to the game’s release in Japan (where it’s called “Persona 5 The Royal”), Atlus’ YouTube channel has been doling out character trailers revealing a few more changes at a time. Each trailer is in Japanese, but that doesn’t mean you can’t find new details in each one. This is the place to find all of that information, neatly packed into one article for your viewing pleasure. We’ll keep updating this as new trailers are released.

Every character trailer thus far has had a few spoilers for various aspects of the plot. This trailer, however, and what it reveals, are fairly spoiler heavy one way or another. Fair warning.

Goro Akechi. Lover of pancakes, best detective since Naoto, and owner of the Persona Loki. The trailer for Goro Akechi was packed full of new news about the character, and some of it is surprising. Arguably the most important piece of information unveiled in this trailer is that Akechi is going to be a party member for more than just one palace. In the base game, Akechi only joins your party for the sixth palace, Sae’s Casino. From gameplay in the trailer, Akechi is a party member in a new palace, one that is yet unidentified but was first shown off in newcomer Kasumi Yoshizawa’s trailer, likely linking the palace to her storyline.

Also unveiled in the trailer, Akechi’s confidant can be leveled on based on the player’s interactions now, whereas in the base game the confidant was leveled up at set points in the story. This new confidant system also includes new confidant abilities, such as the ability to identify an enemy’s weakness at the beginning of a battle.

Morgana, the mascot/transportation vehicle of the Phantom Thieves, got his own character trailer that shows off his Persona’s final evolution. The trailer shows a few scenes of dialogue, in which Morgana continues his epic quest to make Ann fall in love with him, and one in which he notes how hard newcomer Kasumi’s life must have be.

Haru Okumura finally receives a character trailer of her of her own, and the jokes about screen time are already abound. Haru, the last major party member to join the Phantom Thieves, is often underutilized due to how late in the game she appears. This may be why the trailer opted to show more scenes of Haru dialogue; the trailer shows that she can be an important character as well.

The trailer shows off a Show Time attack between Haru and Morgana, but more importantly, it shows off how they develop it. One of the dialogue-heavy scenes in the trailer is a conversation between Morgana and Haru about Haru’s idea for the attack, which is the way that all of the Show Time attacks will be unlocked. The trailer also shows off a scene with Haru’s father, in which he teases her about her relationship with Joker. The other scene shows Haru collecting plastic bottles for recycling, because Haru is all around a nice person. If you were one of the players who didn’t have the time to spare to get to know Haru, I encourage you to max out her bond when Persona 5 Royal finally gets here.

Futaba Sakura, our surrogate sister. The introverted navigator has played a largely supporting role as a member of the Phantom Thieves, but in Persona 5 Royal, this is no longer the case. The new character trailer for Oracle shows her new Persona, whose name has not been revealed, though its abilities have. The new Persona can participate in All-Out Attacks, dropping a bomb on the target, and allowing Futaba to star in her own All-Out Attack finishing illustration.

In terms of story, the trailer offers a bunch of new scenes and new outfits for the characters. We get to see new scenes of Futaba meeting the newcomer Kasumi (whose trailer is below) and doing their homework. There is a scene of the Phantom Thieves meeting at the shrine on New Year’s, which Joker was not present for in the base version of the game. There are also two scenes featuring Futaba and Sojiro, one implied to take place on Futaba’s birthday (February 19) and one at the new jazz club in the new location, Kichijoji. At the jazz club, Futaba talks about what Sojiro means to her, and how he may seem gruff, but really loves her deep down.

Queen is the next Phantom Thief to get her own trailer, and for being so short and sweet, it’s packed with new information. In terms of gameplay, the trailer gives us a great look at Makoto and Ryuji’s new Show Time attack, which matches Makoto’s Mad Max aesthetic to explosive effect. The trailer also shows off a new white variant of Mementos, which is likely going to come into play in the new chapter the game will add to the original story.

With gameplay aside, this trailer shows off a lot of new story scenes and events revolving around Makoto and the gang. In the original game, Makoto’s confidant storyline focused more on Makoto’s relationship with a separate character. What we see hinted at in the trailer is potential for a storyline more focused on Makoto herself, and her relationship with her family. In two new scenes, Makoto discusses her father and how he is gone, as well as how she never really got to spend time with her sister because she was too busy studying. This is a more intimate and involved story for Makoto, and one that is worth getting excited for. If that’s all too heavy for you, there is also a great new scene involving volleyball and a killer spike.

Each new trailer shows off some new outfits and new team attack, and Yusuke’s is no different. We get to see a new coat on Yusuke and a gorgeous team attack between Yusuke and Ann. The aesthetic of the attack is right at home with both Ann’s and Yusuke’s character. The trailer also shows off some possible other activities that are available during the school vacation to Hawaii.

There are a couple of big takeaways, but arguably the biggest is the appearance of Shiho. Shiho, a fan-favorite character, played a very small role throughout the course of the game, which left a lot of fans wanting more after she was transferred to a new school. The trailer shows more interaction with her, which excites a lot of players. The team up attack shown in this trailer is between Ann and Morgana, who decimate the opponent with guns and bombs on a field of flowers. The trailer also shows off new outfits and locations that the story will take you, including what appears to be Ann’s bedroom. Finally, the trailer shows off a new status-effect move revolving around love, the effects of which are not yet clear. It’s nice to see Ann’s social aspects being expanded upon, and the insane team attack makes it seem like the game is going to lean into its sillier side a bit more.

We already broke down the Ryuji trailer in a separate article, so here are the broad strokes. The trailer mostly shows off a new third persona evolution for Ryuji, evolving his base persona Captain Kidd with its evolution Seiten Taisei to create William. The trailer demonstrates Ryuji and Yusuke’s team attack that revolves around beef bowls and bullets, absolutely destroying any shadows between Ryjui and his meal.

The newest addition to the Phantom Thieves already got her own trailer breakdown, so here is the quick version. The trailer welcomes Kasumi Yoshizawa, as she tears away her mask and summons her persona Cendrillon (French for Cinderella). The ribbon-dancing gymnast is of the “Faith” arcana, and specializes in Bless spells. She wields a rapier and a musket, and the trailer teases a possible new palace, as the environment she awakens in is a new one. She will have her own confidant storyline, but the trailer does not show when she will become available in the main story, as she is only seen fighting alongside the protagonist and Morgana in the new location.

For more updates on what Persona 5 Royal has in store, check out our breakdown of its new gameplay mechanics here.