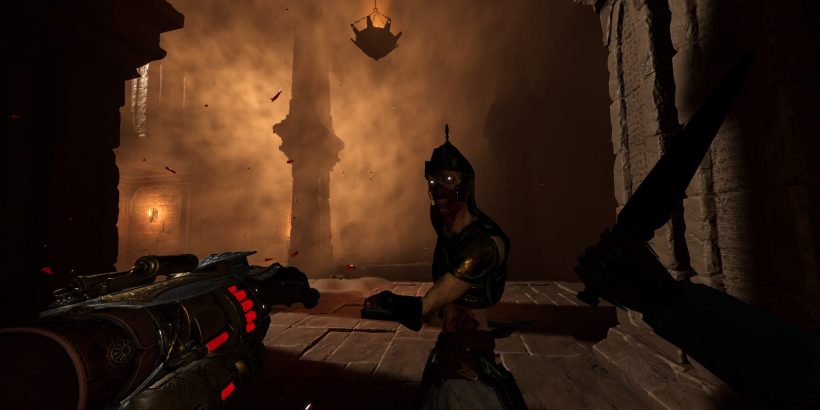 Well this crept up on us. Everslaught is a promising fast-paced VR dungeon crawler coming to PC VR headsets this month.

Developed by MobX, the game will launch on SteamVR first in Early Access. In Everslaught, players explore randomly generated dungeons with a knife in one hand and a mix of ranged weaponry and a Zelda-style hookshot in the other. You’ll face hordes of ghoulish enemies as you level up your character with skill points and perks. Check out the trailer below.

As you can probably tell, Everslaught is based around fast-paced action. Not only does the character move quickly but the hookshot propels you across maps in an instant. This won’t be one for first-time VR users, then.

In its current state the game will launch with a linear story section and the first randomly generated dungeons with loot drops and more. Over the course of Early Access, MobX plans to add more areas and story sequences and polish up the overall mechanics. The team anticipates launching the full version of the game towards the end of 2022.

Will you be picking up Everslaught? Let us know in the comments below!