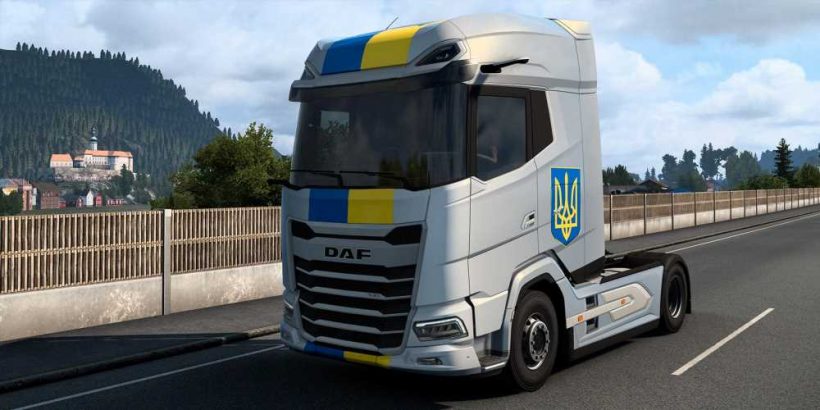 SCS Software canceled the upcoming Heart of Russia expansion for Euro Truck Simulator 2 despite the content being almost finished. The reason behind the decision is of course the ongoing Russian invasion of Ukraine.

"With so many people suffering, we decided to refrain from releasing the DLC so that it is not perceived in any way as being in support of or tolerance of the aggression," the team wrote in a latest blog update.

According to the studio, before Russia invaded Ukraine on February 24, the team was about 6-8 weeks away from completing all of their work on the expansion. The developers felt proud of the results given that "lots of effort had been invested in making the new region look fantastic."

After the troubling news about the invasion of Ukraine, the expansion was facing plenty of uncertainty. "We asked ourselves many questions including the obvious ones. Can we ever release the Heart of Russia DLC? Should we even finish the work?" The blog post goes on to say that "since then, we have finally consolidated our thoughts."

As of now, the DLC has been delayed indefinitely since it directly concerns Russia. However, the team hinted that "when the time comes for Ukraine to rebuild and heal, then we will endeavour to find a way for our Heart of Russia DLC to play whatever part it can in that healing process for everyone."

Heart of Russia would have been one of the largest expansions in the studio's history, featuring thousands of miles of roads for players to explore. The work began early in 2021.

Earlier this year, SCS Software launched the Ukrainian Paint Jobs Pack on Steam, featuring four different designs of the country's national flag and the coat of arms for players to show their support. All proceeds from the DLC sales went towards Ukrainian charities to assist the victims of the ongoing conflict. As of now, over 85,000 players have contributed to the cause, according to the studio.