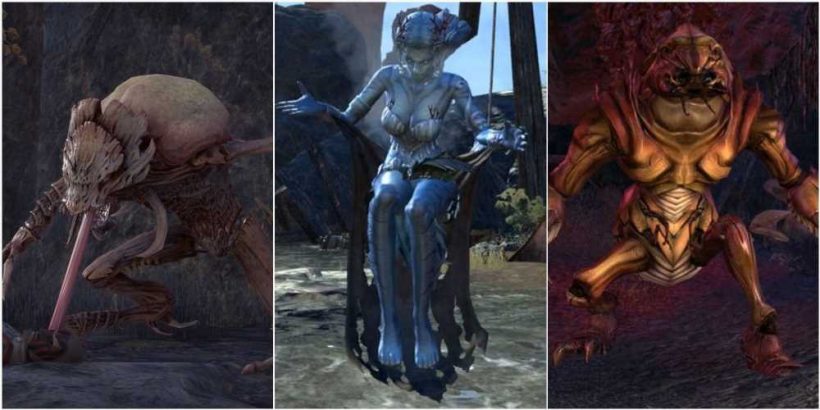 ZeniMax's Elder Scrolls Online continues to expand the sprawling lands of Bethesda's Tamriel in the magical world of Nirn. From the homeland of the Redguards to the Argonians' Black Marsh, this MMORPG even allows you to travel to the Daedric Princes' planes of Oblivion. But a map as vast as Elder Scrolls Online's are bound to introduce new enemies to watch out for; there are none more treacherous than the notorious world bosses.

From sunny Auridon to the beautiful Summerset Isles, these world bosses are here to test your combat worthiness and provide you with a truckload of XP. But in a land whose volcano is poised to explode, Morrowind's Vvardenfell is teeming with world bosses that prove a threat to the livelihoods of the resident Dark Elves. 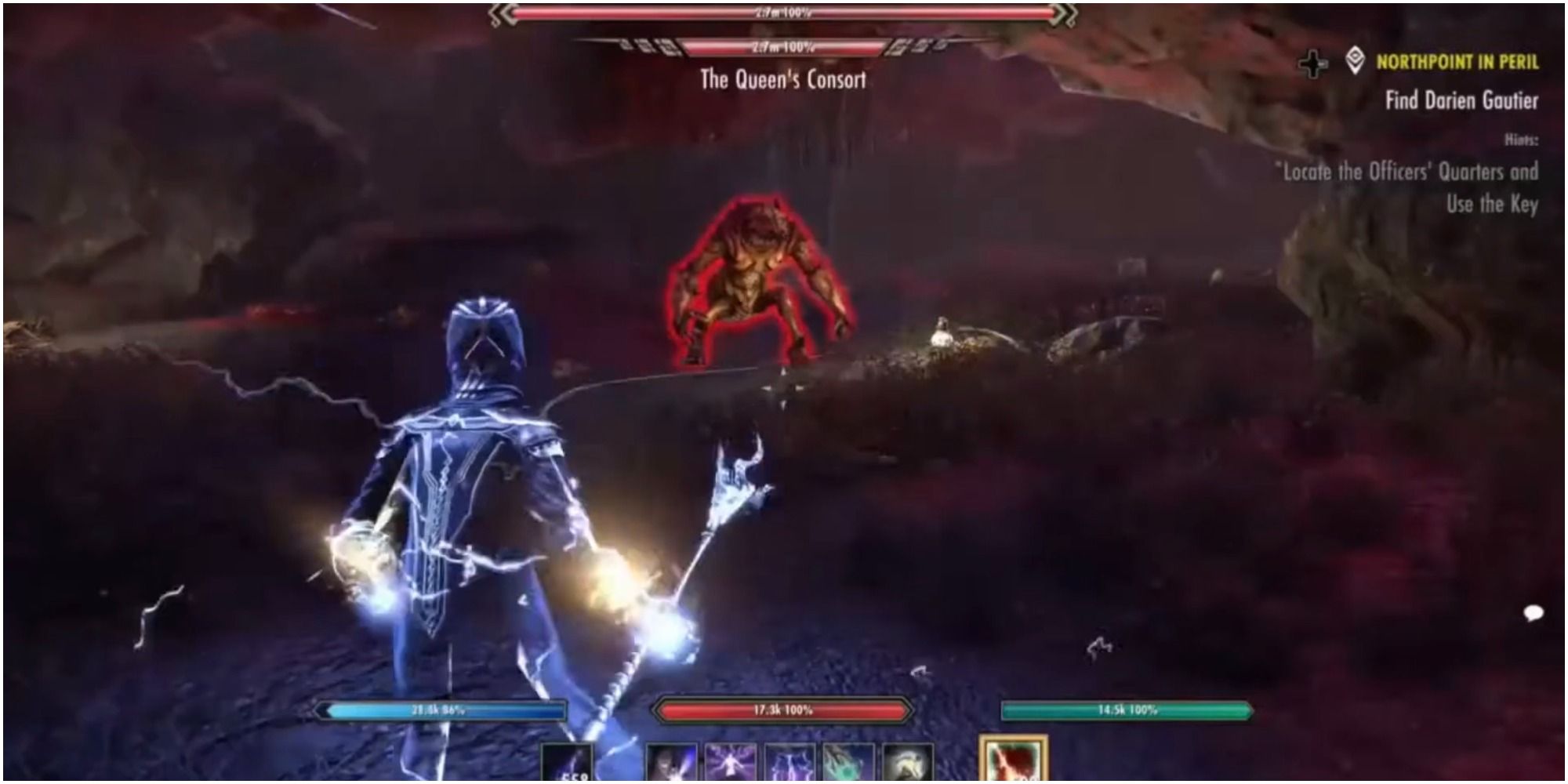 Of course, you must never underestimate your enemy -there is a reason world bosses are classed as group bosses, too. The Queen's Consort is guarded at all times with kwama babies that can easily overwhelm you if you are not careful. Also, The Queen's Consort can spew toxic green slime from its mouth that you'd best dodge, and its bulky talons deal massive damage. For this boss, it is best to utilise some AoE attacks for both the kwama babies and the ruler of the roost. 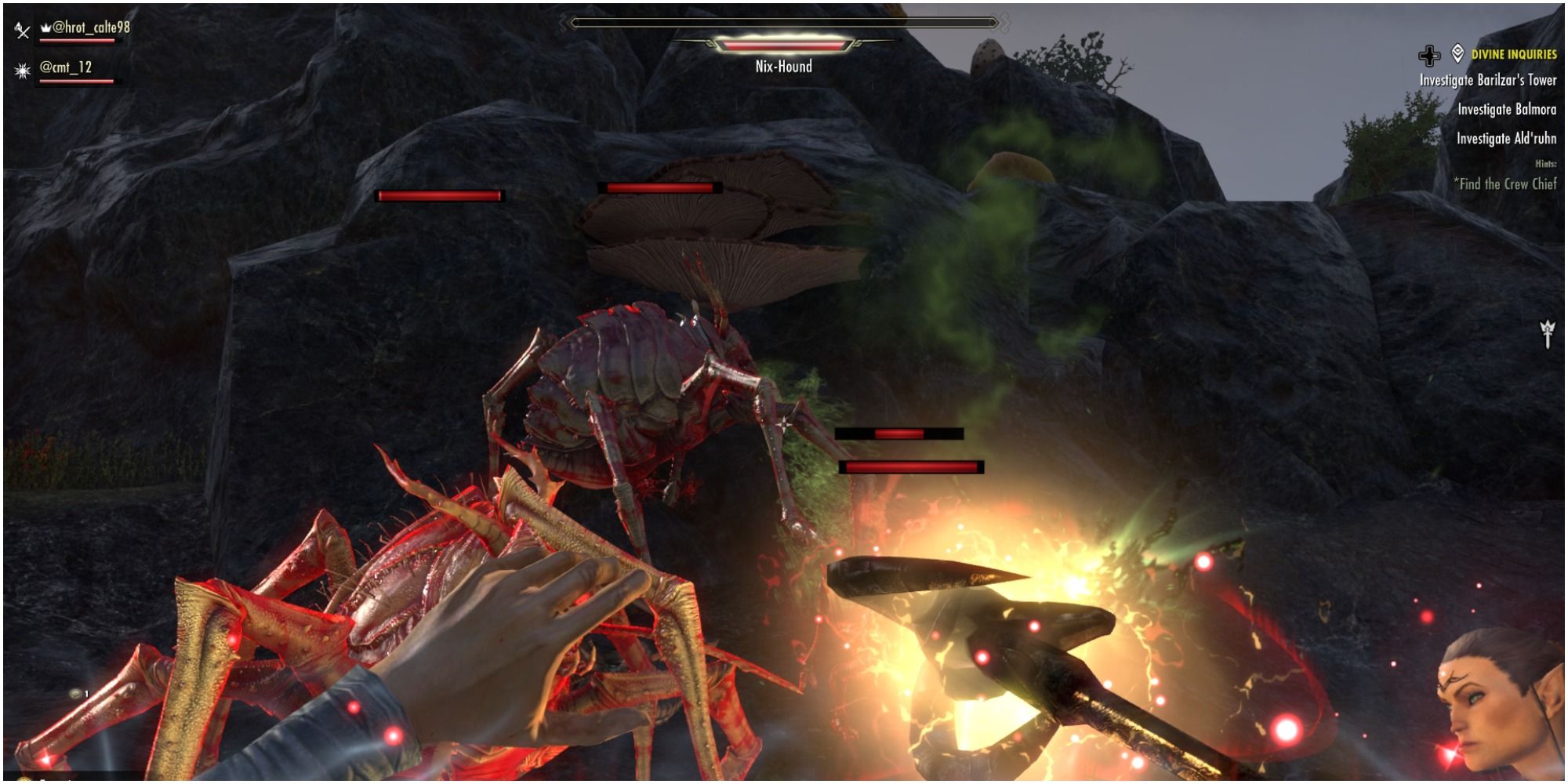 Nilthog the Unbroken is a massive nix-ox nestling in Nilthog's Hollow with other fellow nix-oxes. Similar to The Queen's Consort, you are needed once more for another bout of pest control since Nilthog has been devouring mushrooms your client needs for an experiment. Nilthog is far more challenging to defeat since the two Nix-Ox Nymphs it summons aren't what you would call small, taking more time to kill than tiny kwama babies.

Niltholg has got some tricks up its sleeve when dealing with opponents. Its main weapon is its ability to spit acid at its enemies, from spraying the ground with acid to dropping targeted acid attacks. When it's rearing up to shriek, it's best to dodge since that causes some unwanted and unnecessary damage. Don't forget about its lackeys it keeps summoning, as they could eat away at your HP without you realising. 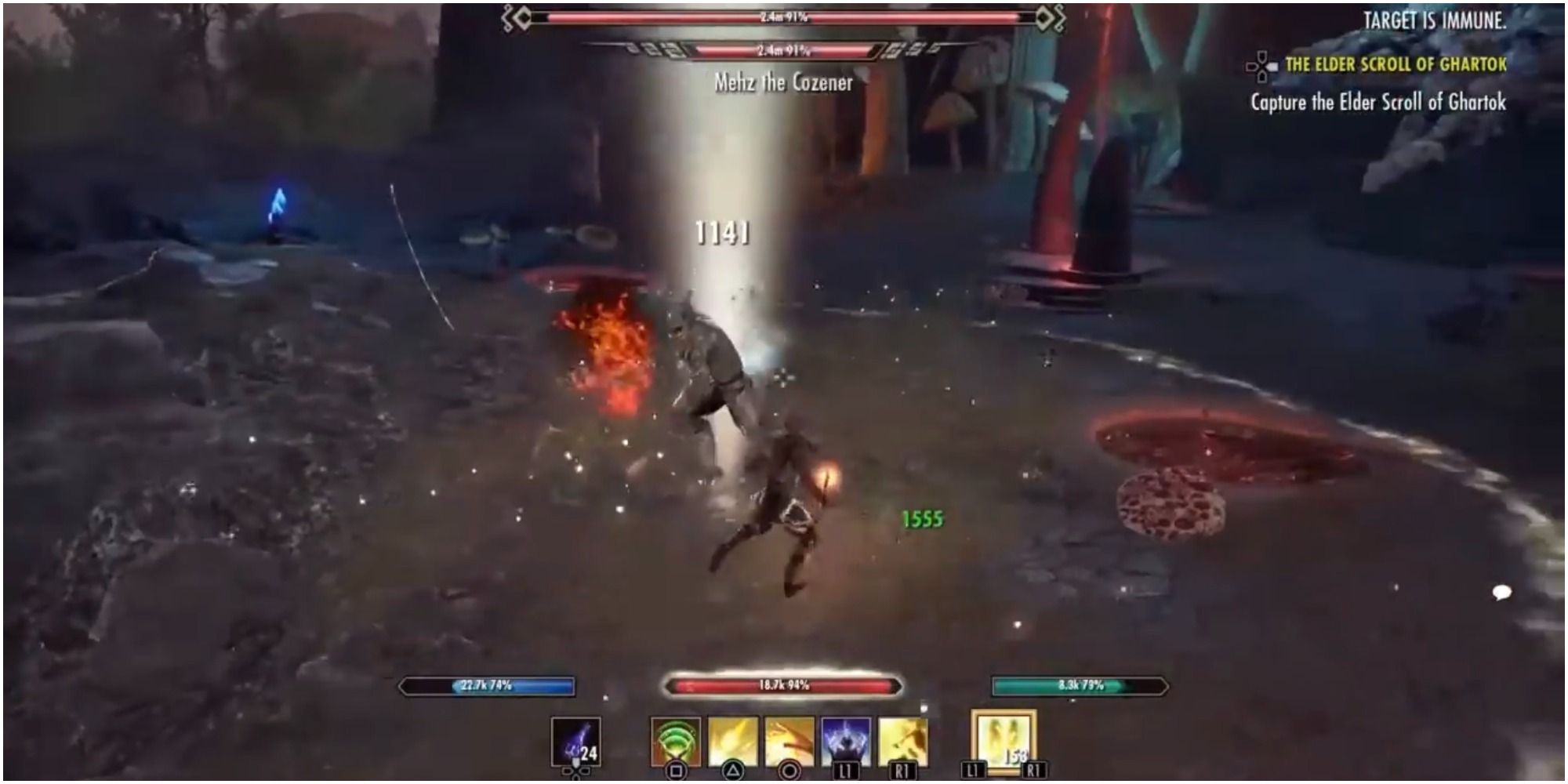 In this case, you have been recruited to put a stop to Dubdil Adar, whose magical experiments dabbling with time have taken a turn for the worst. Located in Dubdil Adar Tower, you will find the place infested with Skaafin, before Mehz the Cozener quickly reveals himself to you. He is obviously far bigger than the other Skaafin, with greater magical powers than his smaller counterparts.

Mehz summons Skaafin Wretches and other minor Skaafin to overwhelm and distract you. But most of the time, he deliberately sacrifices them by siphoning their health to boost his power and HP. Aside from the standard swipes with a sharp claw, you need to wear him down gradually in order to defeat him. 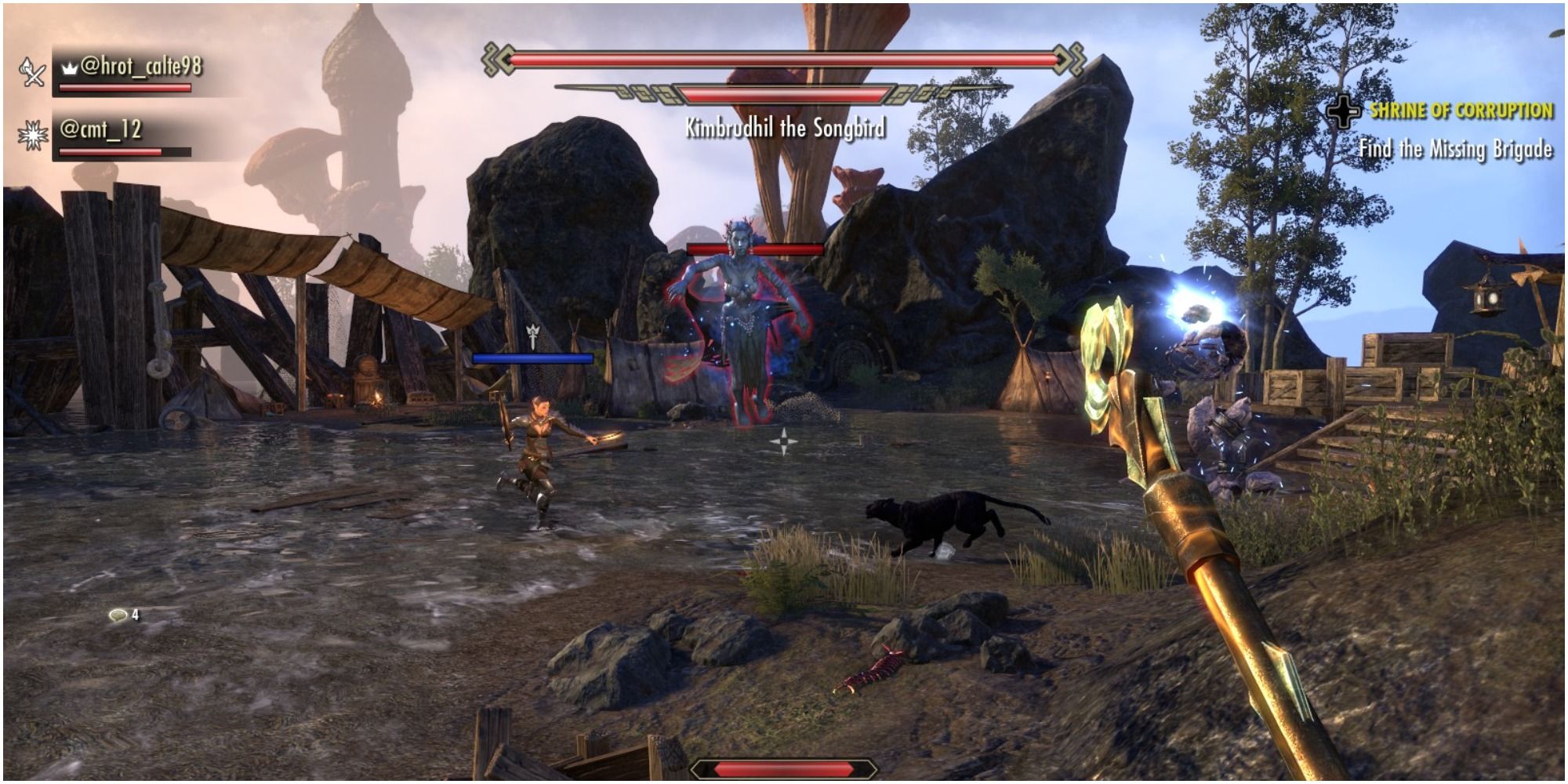 If you are wondering what it's like to battle a siren, then Kimbrudhil the Songbird will give you a taste. Found at Shipwreck Cove, Kimbrudhil will sing as any siren is wont to do, which puts the resident NPC combatants under a spell. This causes them to attack you, and there are quite a few of them. Kimbrudhil will continue to summon and entice new NPCs throughout the entire fight, so gear up – this is going to take a while.

Aside from the endless stream of bewitched NPCs, Kimbrudhil has other attacks up her sleeve rather than simply singing. The most irritating attack is probably the waterspouts she places around the arena that can prove lethal if you're not careful. She can also fling frost bolts at you while you're being distracted by her lackeys, as well as her ability to disappear and reappear in different spots. Watch out for the mini hurricanes she sends out that can toss you up and away. 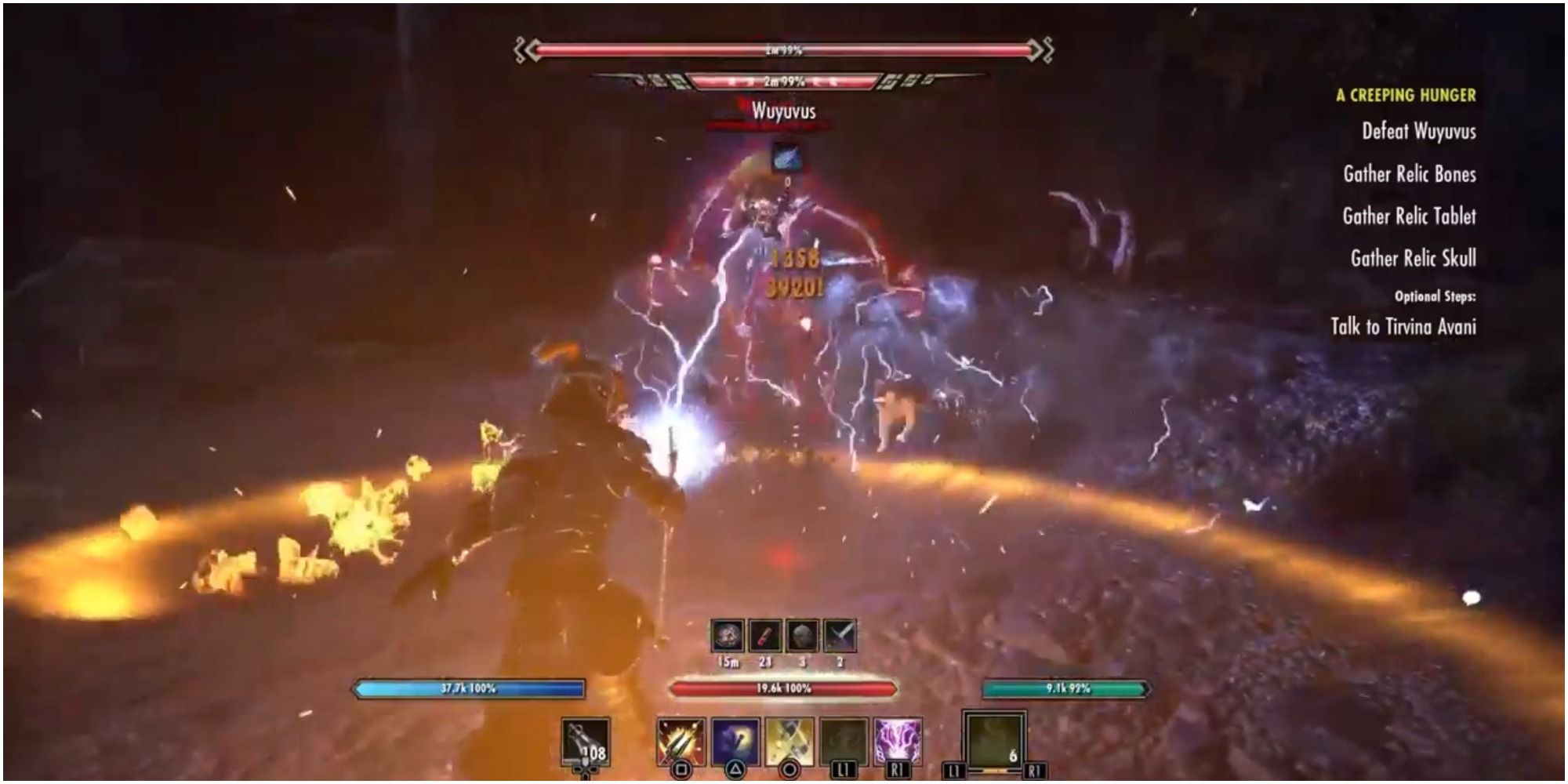 Wuyuvus, the hunger demon, is notorious for being one of the game's most annoying -and thereby challenging- world bosses. At first, everything seems fine, dealing damage as usual. But it is when it weaves an illusion of similar versions of itself that things turn topsy-turvy very quickly. Once the illusion's over, Wuyuvus will pounce on you and take your life force.

Of course, you can disrupt it, but if you're not quick enough, Wuyuvus will quickly return to peak health, and now you're back to square one. And that's the crux of what makes this boss an absolute pest to deal with. Always be on the lookout for who in your group will be sprung on since it's so unpredictable -this is truly a battle about patience.

This is the hardest boss in Vvardenfell, thanks to there being four of them to contend with; Salothan's Council in West Gash consists of melee fighters and a mage that can heal its teammates. But wait, there's more. Not only do you have to fight these four, but they can summon skeletal combatants and loyalists from the grave.

Now you probably have to deal with more than ten fighters in one boss fight, so prepare to run around like a headless chicken as you dodge swings and bolts of magic and arrows from all around. You definitely need as many people as you can in your group to deal with Salothan's Council or prepare to be one-shotted the moment you step into the ring.