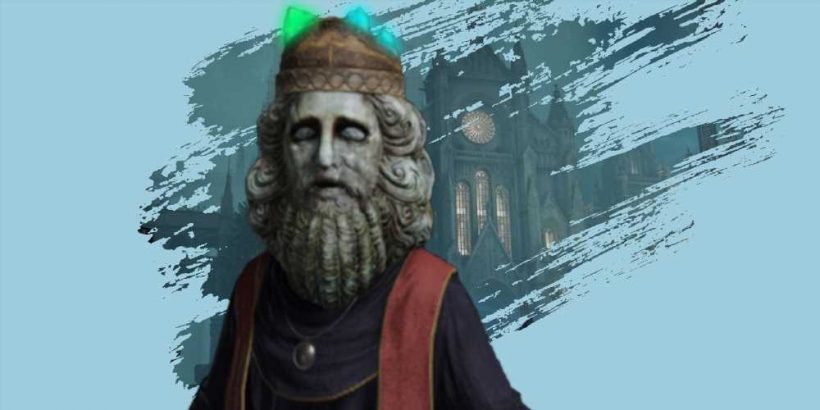 FromSoftware games are famous for scattering breadcrumbs throughout their runtime. Some crumbs are bigger than others, and some are downright invisible. Eagle-eyed Elden Ring players took to Reddit to announce the discovery of a connection between a piece of armour and an emote. When you do the Erudition emote while wearing a glinststone helmet, it glows.

This may not seem like that big of a deal, but it's actually an important hint for completing a rather cryptic puzzle. The emote can be found within the Academy of Raya Lucaria. You must give a glintstone key to Thops, a student of the Academy you can find at the Church of Irith.

The emote is key to opening up a path in the Converted Fringe Tower just west of Liurnia of the Lakes. Getting the gesture requires giving the key to Thops and then finding him again near the Schoolhouse Classroom Site of Grace within the Academy.

After you've gotten it, you need to do the gesture in front of the statues within the tower to drop a ladder down to you. The problem is, you can't just do the gesture by itself, you have to be wearing a glintstone helmet as well. How anyone was meant to just know that, we have no idea, but the fact that they glow when you do the gesture is at least a small clue.

The other Converted Tower just needs the gesture, so it's understandable why this puzzle would confound many. Anyway, the Fringe Tower houses two incredibly powerful spells, Cannon of Haima and Gavel of Haima, making this one puzzle worth completing.

In other Elden Ring news, the horrifying contents of Rennala's egg have finally been revealed. It turns out the egg contains some unformed bodies, Juvenile Scholars. Three of them are inside and curled up like foetuses. Wish we'd never found out.