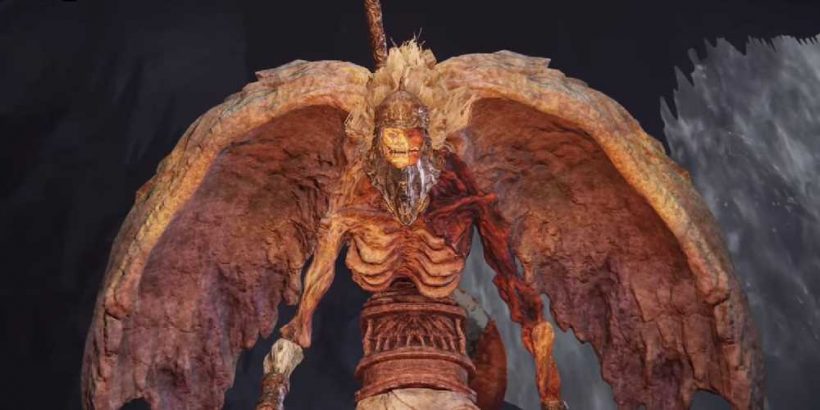 Gargoyles have been a staple of FromSoftware games for a very long time. Elden Ring is no different in that regard. However, the Valiant Gargoyles which you will have likely happened upon and battled against a nunber of times across The Lands Between appear to be different in one very gruesome way. They're made of flesh, not stone.

The somewhat grim reveal comes courtesy of renowned Elden Ring player and dataminer Zullie the Witch (via VG247). Zullie revealed that even though the gargoyles' helmets and wings are made of stone, what is hiding beneath those items is very much flesh and bone. More specifically, the flesh and bone of what was previously two living things that have fused to become one.

The biggest tell that Elden Ring's gargoyles were once two different creatures that have somehow fused can be seen in in the face, or perhaps that should be faces. Zullie demonstrates in the video below that when you remove a gargoyle's helmet, you can clearly see a seam and elements of what were once two different faces that have become one. Similar seams can be seen all over their bodies, with different shades of skin coming together to create the creatures you can find watching over monuments and blocking your way.

As if all of that wasn't enough to make Elden Ring's gargoyles so much worse, Zullie also highlights that the beings are likely held together with something called corpse wax. Not only a substance that exists in The Lands Between, but one that occurs in the real world too. Also known as adipocere, it occurs when dead bodies decay in places with very little air but a lot of moisture. Zullie hypothesizes that's what is being created inside Elden Ring's Living Jars.

If you have happened upon any interesting tidbits regarding datamined info and cut content from Elden Ring since it launched, odds are Zullie is the one who uncovered them. She was previously responsible for discovering there were once plans for players to use certain NPCs as mounts, and recently detailed how and where her penchant for uncovering everything Souls games have to offer began.