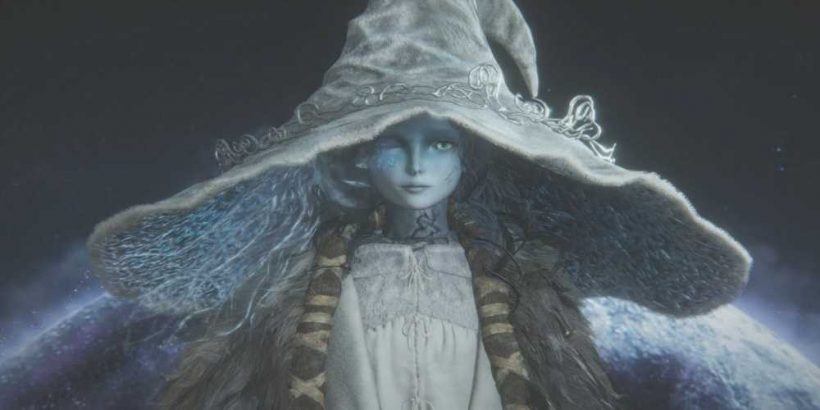 Elden Ring has the most endings of any Soulsborne game, with six in total. There's the Age of Fracture, Age of Duskborn, Age of Order, Blessing of Despair, the Lord of the Frenzied Flame, and the Age of the Stars. The latter is the one most people go for, given that it's Ranni's ending – a blue witch who pals around with a wolf man? The internet was always gonna love her.

"Which ending did you pick and why was it the age of stars?" Reddit user AlfalfaBorn8535 posted. Most people answered just that, the Age of the Stars, and so there were a lot more answers to the "why" of the question, rather than the "which". DudeMiles commented, "Because her quest is the most involved. Ignoring the initial intentions of siding with her in the first place, she's got you exploring beautiful underground cities (excluding Rot Lake), forging bonds, slaying bosses, and a Moonlight Greatsword. And then she just had to call me 'dea'r and her 'one and only Lord.'"

What DudeMiles fails to mention is the heartache of having Blaidd turn on you, our lovable wolf knight who we slay bosses with, fight side-by-side against Radahn with, and venture into perilous unknown labyrinths with. What makes it doubly tragic is that he isn't turning on us by choice, fighting against it until the bitter end. Maybe Ranni's the right choice, but I ain't going through that again.

A close follow-up to Ranni's is the Lord of the Frenzied Flame ending, AKA the Chaos ending. This one is earned by meeting with the Three Fingers who will give you the Frenzied Flame to use at the Forge, where you can sacrifice yourself in place of Melina. Later, she'll return without the mark on her eye, and you'll become the Lord of Chaos with one goal in mind – burning everything down. Some chose it for the fitting chaos of it all, others did because "by the end I was so fucking fed up with the game", and one person did it "bc I accidentally picked it by being naked at the bottom of a dungeon".

Accidentally getting an ending is another common theme in the post, as a handful of people said that they have no idea which ending they got, because they accidentally pressed 'A' after the final boss fight, plunging them into whatever world they'd paved the way for by sheer happenstance. Ranni's ending, by comparison, is the longest to unlock, and so many picked it first simply to get it out of the way on the road to 100 percent (or Platinum).

And if you take a look at PSN and Steam, Ranni's is the one most players have a trophy for, even overtaking the much easier to get base game ending. So, to nobody's surprise, Ranni is the popular pick, but it's nice to know that so many were content with burning everything down.