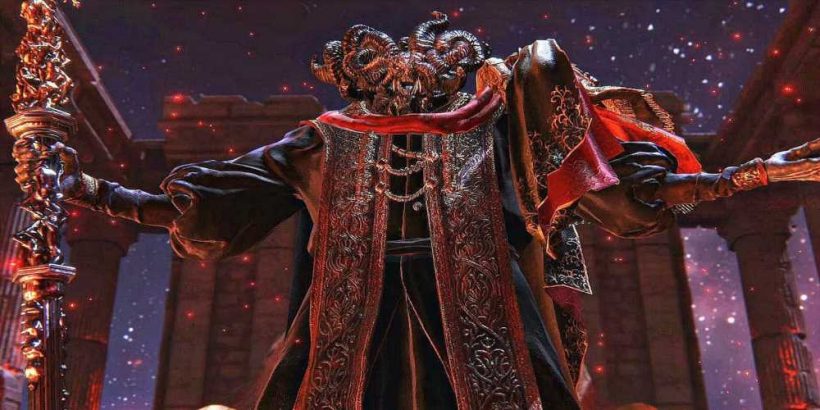 Elden Ring is at once both gloriously simple and incredibly complex. You can treat your romp through The Lands Between as just a quest for redemption with a sword and a shield (or spear, or bow, or whatever you want really), or you can treat it as an incredibly complex puzzle where every boss is a new challenge.

Or sometimes you can make your own challenge using artificial limitations. Which is what Reddit user Flint_Vorselon did after one-shotting Mohg using a level 1 build and totally un-upgraded weapons.

First, Flint starts by wearing a Black Dumpling Helm and then causes madness on himself by using Vyke’s Spear, which provides a 10 percent damage buff for 60 seconds. This gives him 60 seconds to do all the rest of the buffs, which are quite numerous. Next up, swap out the Dumpling for the Omensmirk Mask, providing an extra two strength to wield the Grafted Blade Greatsword and cast Oath of Vengeance, raising all attributes by five for 60 seconds.

Next, swap out the Mask for the Mushroom Crown, then swap out both Radagon’s Soreseal and Starscourge Heirloom for the Red-Feathered Branch and Kindred of Rot’s Exultation talismans. Then drink Bloodboil Aromatic for another 30 percent physical damage buff. This will be used to increase the damage of Meteorite later on.

Next, swap the Grafted Blade for a Meteorite Staff and the Commander’s Standard, cast Rallying Standard for another 20 percent damage buff, then throw the Fetid Pod to self-poison to activate the Crown for another 10 percent. Eat the Poisoning Bolus to keep from killing yourself via poison (remember, Flint is at low health to activate the Red-Feathered Branch), and then swap out the Commander’s Standard for another Meteorite Staff, providing 60 percent damage bonus for gravity spells.

Then drink the Wondrous Physick with the Intelligence and Cerulean Hidden Tear Knots for more damage and infinite FP, and then shackle Mohg and cast Meteorite. It’s technically one-shotting him because Flint only had to cast it once, although it did take 17 meteors to finally put Mohg down.

We should note that this complex build is only possible on New Game Plus as there’s only one Meteorite Staff available per playthrough unless you have a friend come and give you theirs.