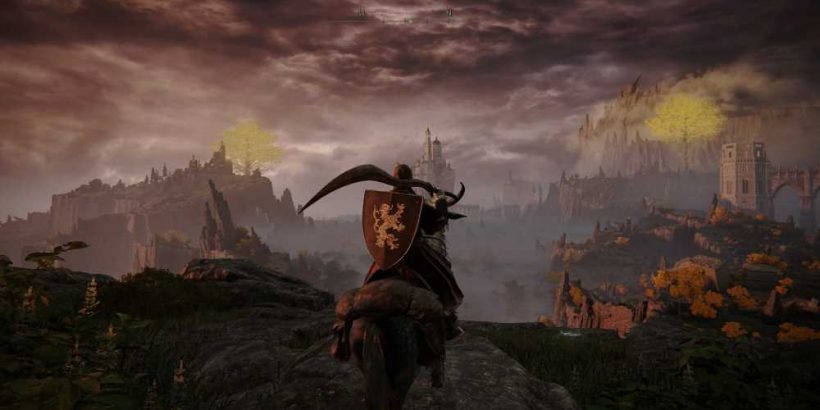 Liurnia of The Lakes is the second area in the game that players might progress to after completing Limgrave, granted they don't accidentally stumble into Caelid. You may have started questlines that progress into Liurnia of The Lakes or you may just be looking for an all-around overview of the area. This walkthrough breaks down all important locations, loot, and bosses within this section of the map.

Following the guide below will show you the necessary steps to completing the main objective in Liurnia of The Lakes and how to move on to the next area. That isn't without showcasing every dungeon and point of interest that will help you beef up your character before progressing forward in Elden Ring.

Entering Liurnia Of The Lakes 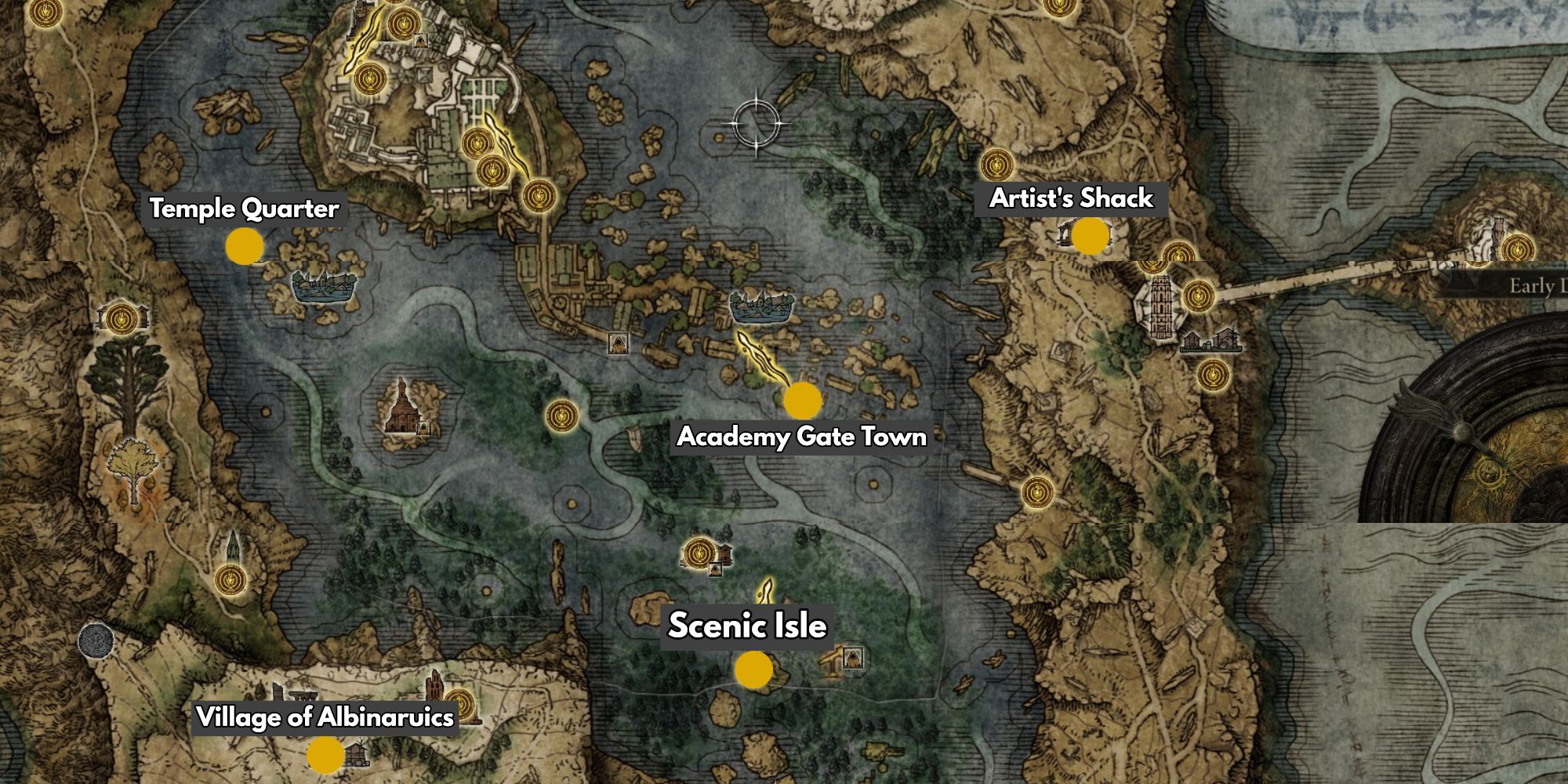 Your first Site of Grace may have an NPC, Hyetta. If you've started Boc's quest in Limgrave, he will be here as well. A list of all notable NPCs is lower in the guide.

After speaking with Hyetta, head right. There will be a church here with another NPC, Sorcerer Thops. Speaking to him embarks you on another short quest. There is a Sacred Tear inside here, too.

Across from the church, further down, there will be a graveyard with an Academy Scroll to loot. This will give you new sorceries when given to a sorcerer. Continue down the winding path.

There will be a camp full of enemies here. You can either take it down or run through it with your mount. The next Site of Grace is Liurnia Lake Shore, next to a merchant. If you have the runes to spare, we recommend purchasing a lantern here. The next step is to activate all useful Sites of Grace before exploring.

Mount onto Torrent and sprint through the swamps to activate Sites of Grace and collect a map fragment with speed. Useful Sites of Grace to quickly pick up are the Scenic Isle, Academy Gate Town, and Temple Quarter as shown in the photo above. This makes a walkthrough through the Lakes easier as the first step. 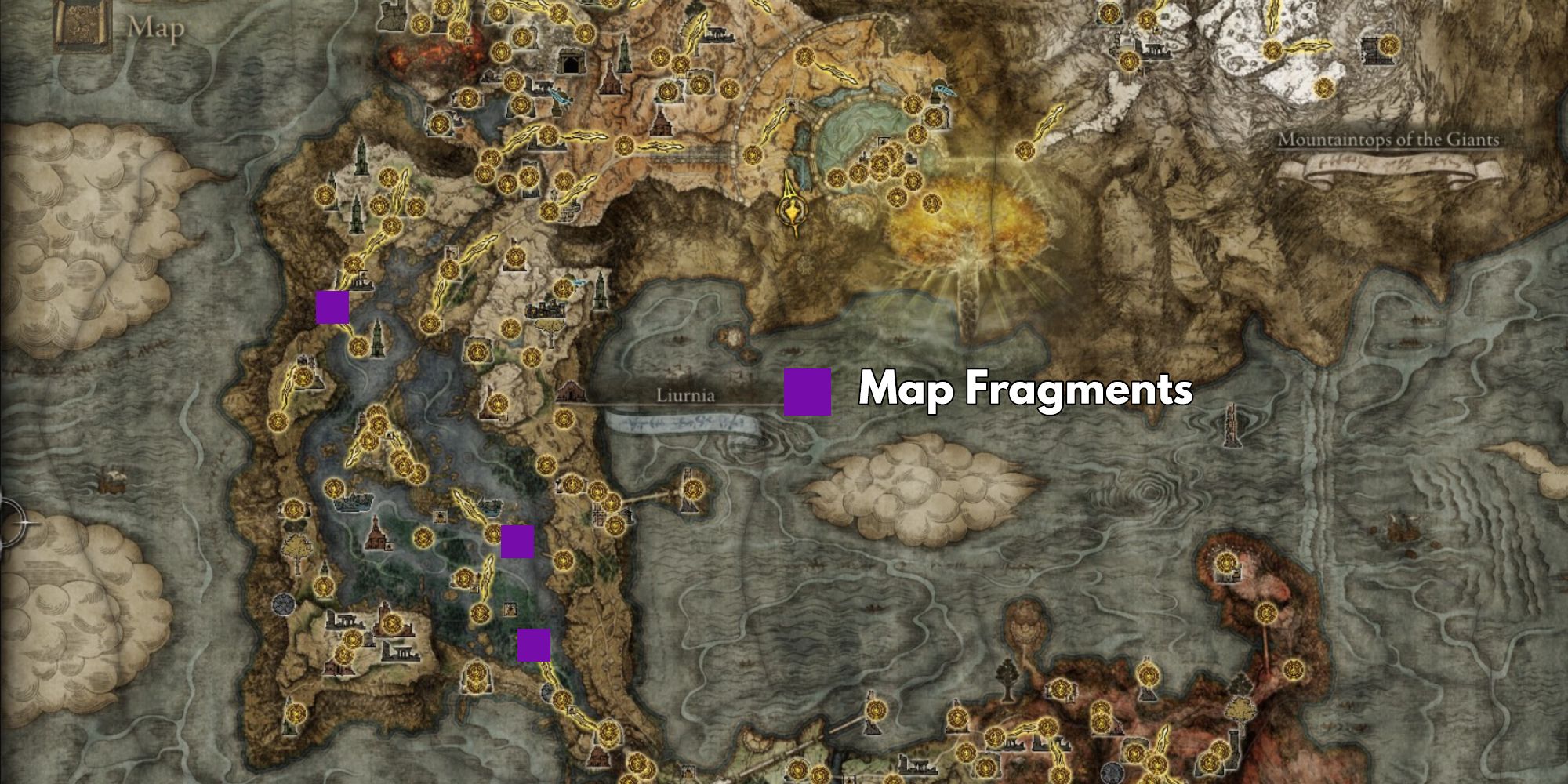 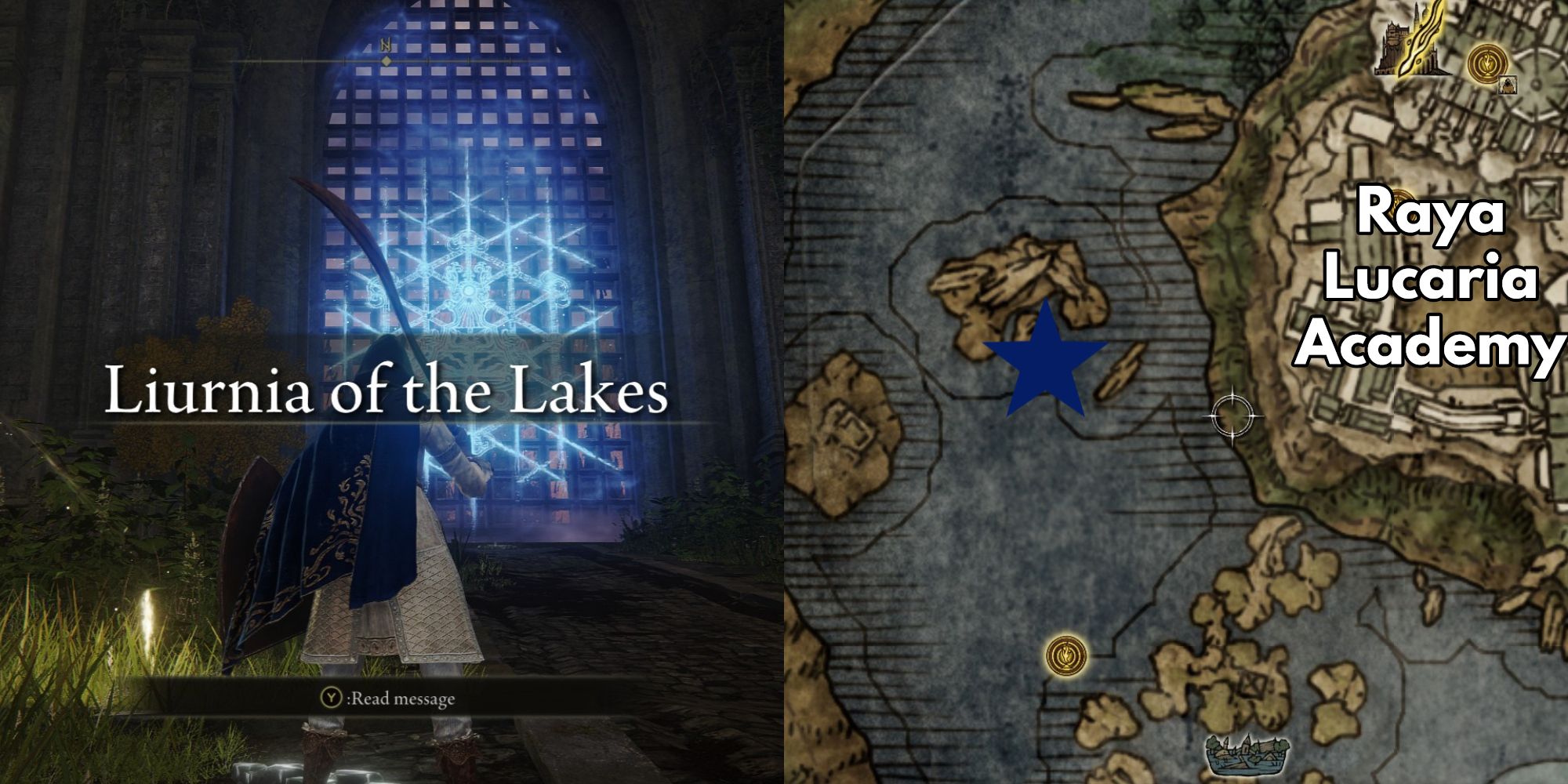 From Academy Gate Town Site of Grace, attempt to head towards the largest structure in the middle of the lake. Near the ramp-up is a Golden Seed Tree. The large structure will be full of enemies to face. This is the South entrance to Raya Lucaria Academy, by the way, the legacy dungeon in the area and one of the two ways to access the next part of the game.

After defeating all enemies blocking your path inside the academy and accessing the South Raya Lucaria Site of Grace, you'll find the south gate is magically sealed off. It needs a Glintstone Key to unlock it, which is hidden behind an area boss dragon. This dragon is located North of the Temple Quarter Site of Grace. 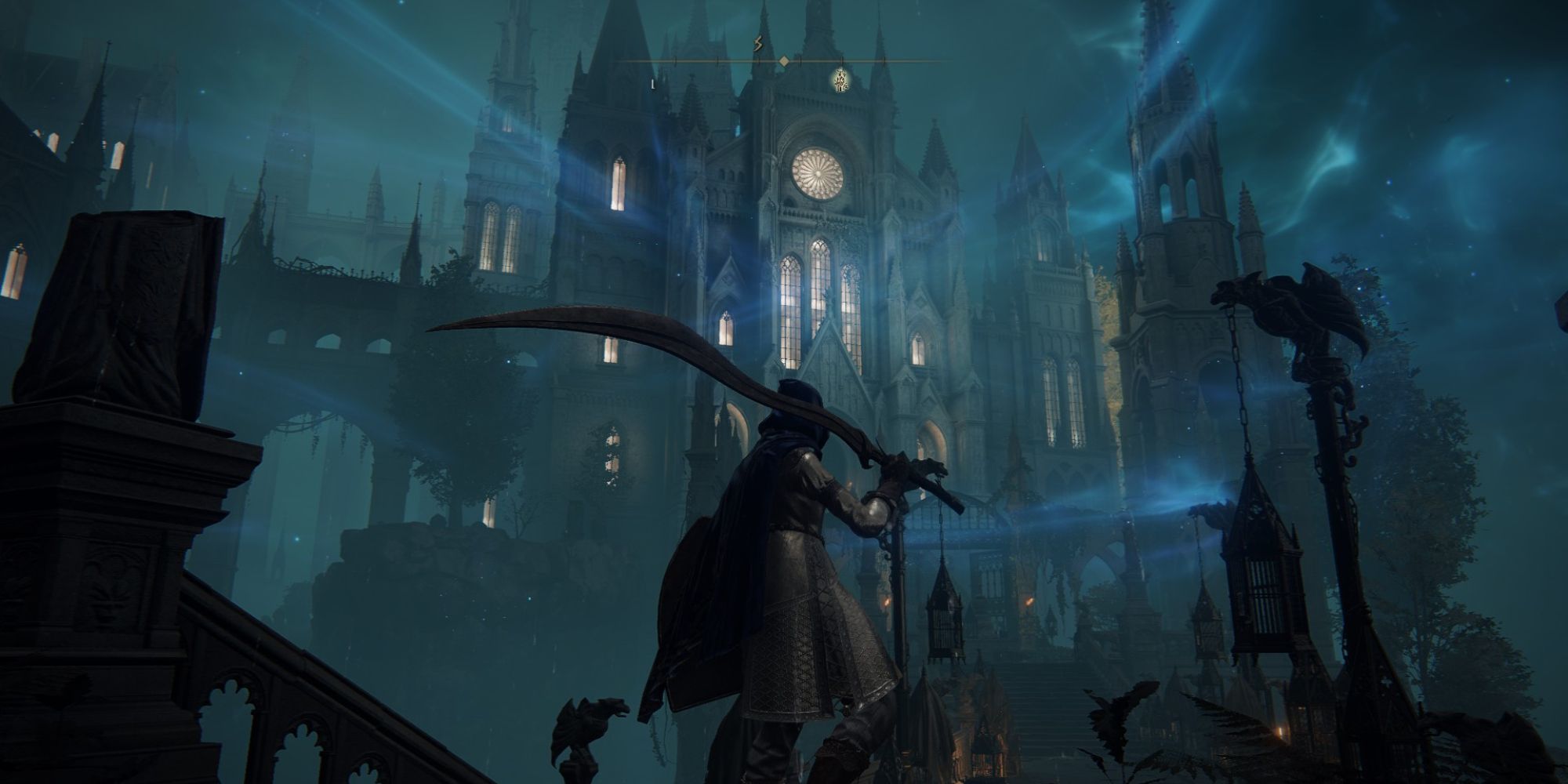 This legacy dungeon is stock full of ranged enemies. It is a school for sorcerer's and sorceress' after all. The dungeon also harbors two large bosses and tons of loot. You'll have to progress past mages, undead ghouls, the Red Wolf of Radagon, an invasion, and then Rennala herself.

You can also find two Spirit Ashes: The Avionette Ashes can be found by jumping off the rotating platform just before the Schoolhouse Classroom Site of Grace, while the Marionette Ashes can be seen glowing underneath the marionette shooting at you in the graveyard nearest the Church of Cuckoo Site of Grace. To access it, you want to jump off the bridge there instead of walking down it. Don't free fall, stay on the edge of where the bridge starts and look for ground beneath. From here, walk along the edge to the other side and continue up the hill. Kill the marionettes and loot the ashes.

After completing this legacy dungeon you can go to the Grand Lift of Dectus from the Main Academy Gate Site of Grace to travel to the next area. You could also proceed to explore more of Liurnia of The Lakes instead, to make your character stronger. At the end of this guide, you will find all dungeons and points of interest for doing so. 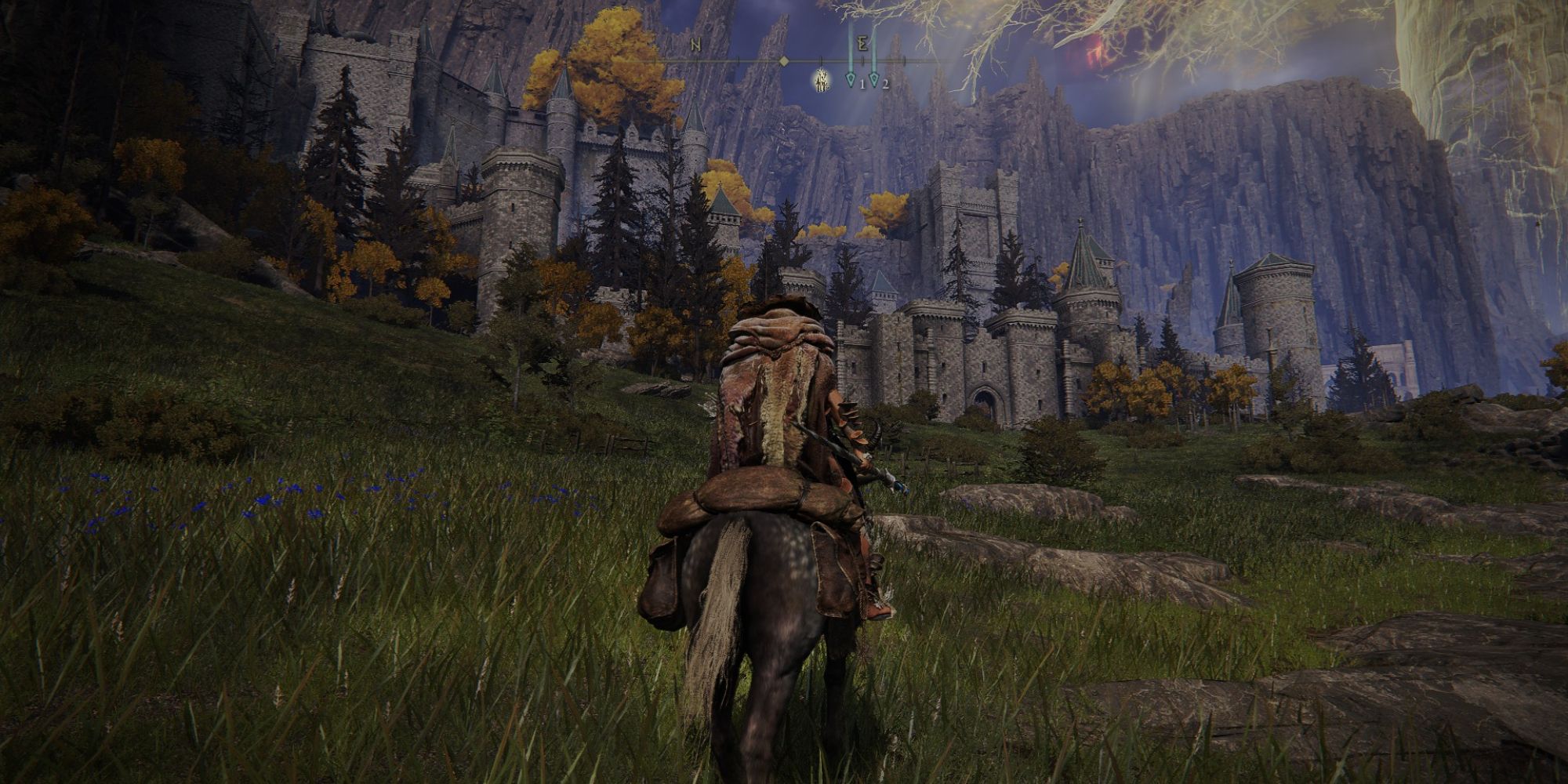 Caria Manor is not necessary to complete to progress forward in the game, but it's the second-biggest dungeon in Liurnia of The Lakes, right next to Raya Lucaria Academy, and holds some pretty important NPCs and loot.

The manor is full of enemies that are straight-up hands. They are traps you can trigger on the ground, or they will find a way to jump on you when you least expect it.

The boss in this location is Royal Knight Loretta, who grants you Loretta's Greatbow sorcery and Loretta's Slash Ash of War when defeated. By completing Caria Manor, you'll gain access to the back area of the manor. This area is where the Three Sisters towers are located that are part of a long and strenuous quest. Glintstone Dragon Adula's first location is also here. The Three Sisters towers are where you start Ranni The Witch's questline.

Completing Caria Manor can be done at any given time. It may be reasonable to do so before entering Raya Lucaria Academy since it is the lesser dungeon.

Caria Manor contains one of the most overpowered swords in the game that has since gotten nerfed, the Sword of Night and Flame. The sword in question can be found in a treasure chest in a building to the right of the gardens. This is in the beginning area of the manor.

How To Enter The Atlus Plateau

There are two ways to enter the next part of the game, Atlus Plateau. You can either use the Grand Lift of Dectus or travel through the Ruin-Strewn Precipice, both accessible through Liurnia of The Lakes. You can actually travel to the next area without completing the bosses or legacy dungeon of Liurnia of The Lakes. 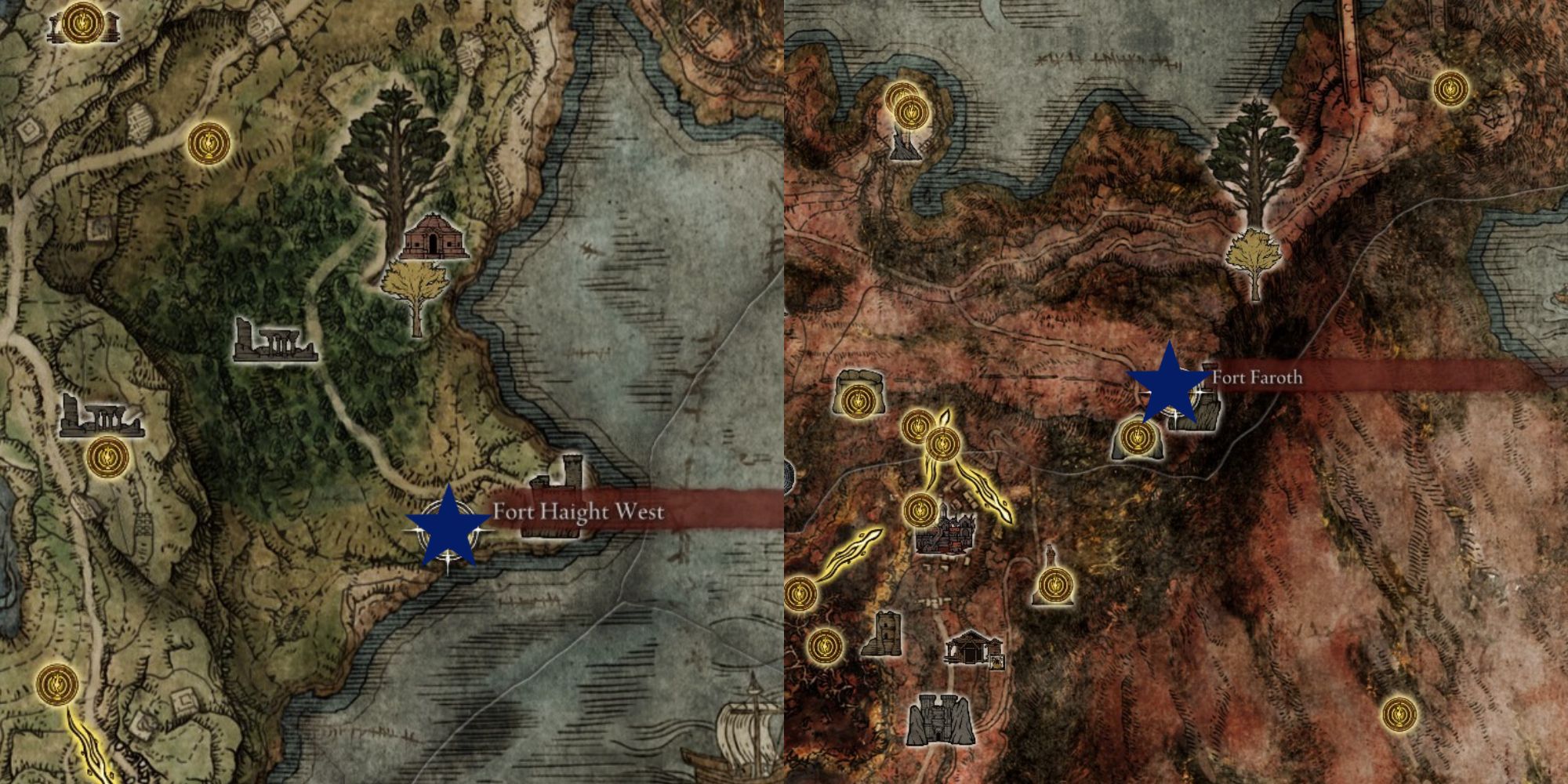 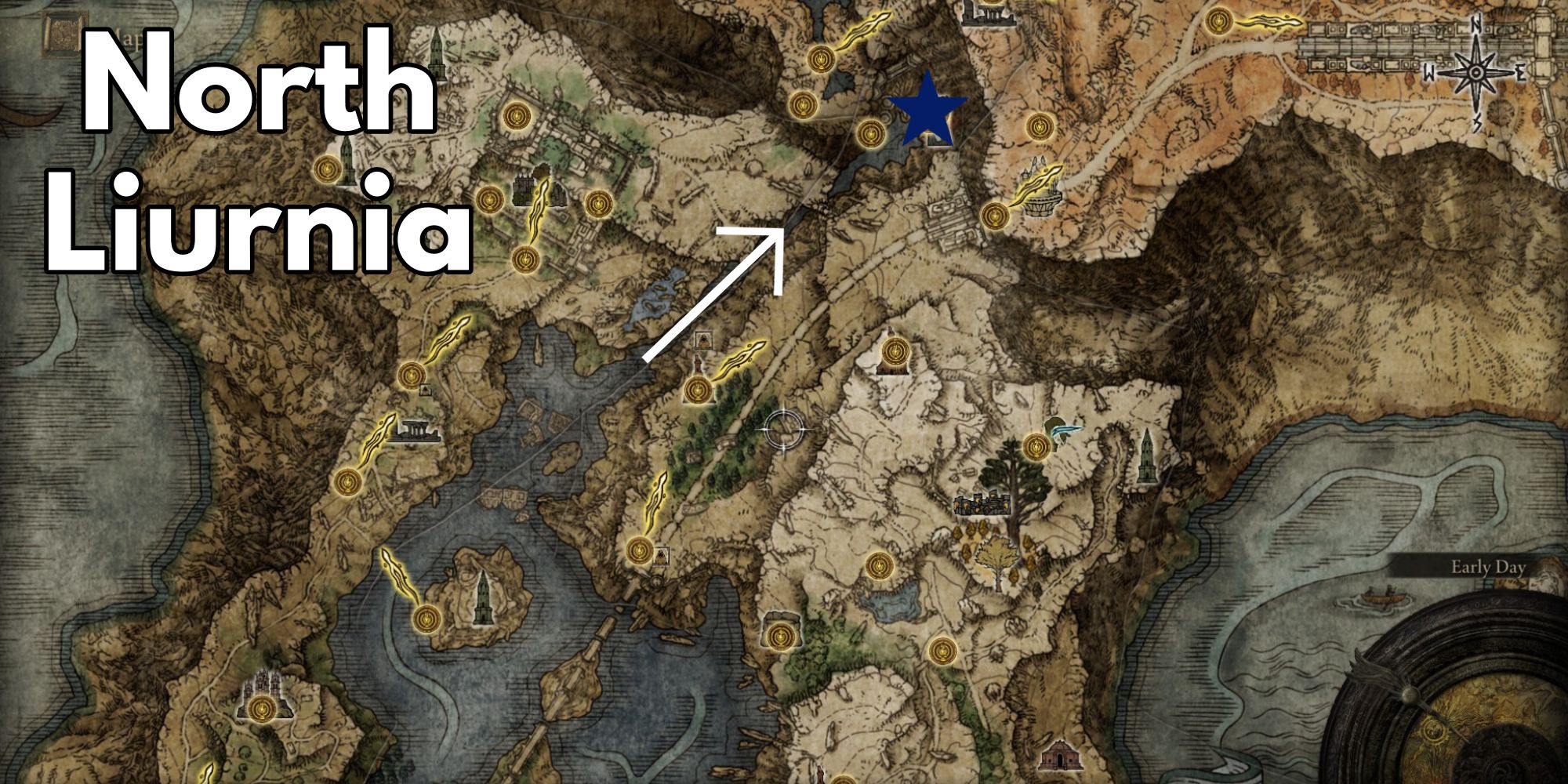 The Ruin-Strewn Precipice is sort of like a long, endless dungeon where you come out the other end inside Atlus Plateau. This cave system is located directly north of the lakes, following the little river upward. You must climb ladders and enter a cave system and keep following it until you can't.

There are endless enemies within this area. You can either take your time or sprint through it for the sake of getting the first Site of Grace in Atlus Plateau. Plus, there is a boss within the cave system, a Magma Wyrm. After defeating him, you'll gain access to a wooden lift which will bring you to the next area. 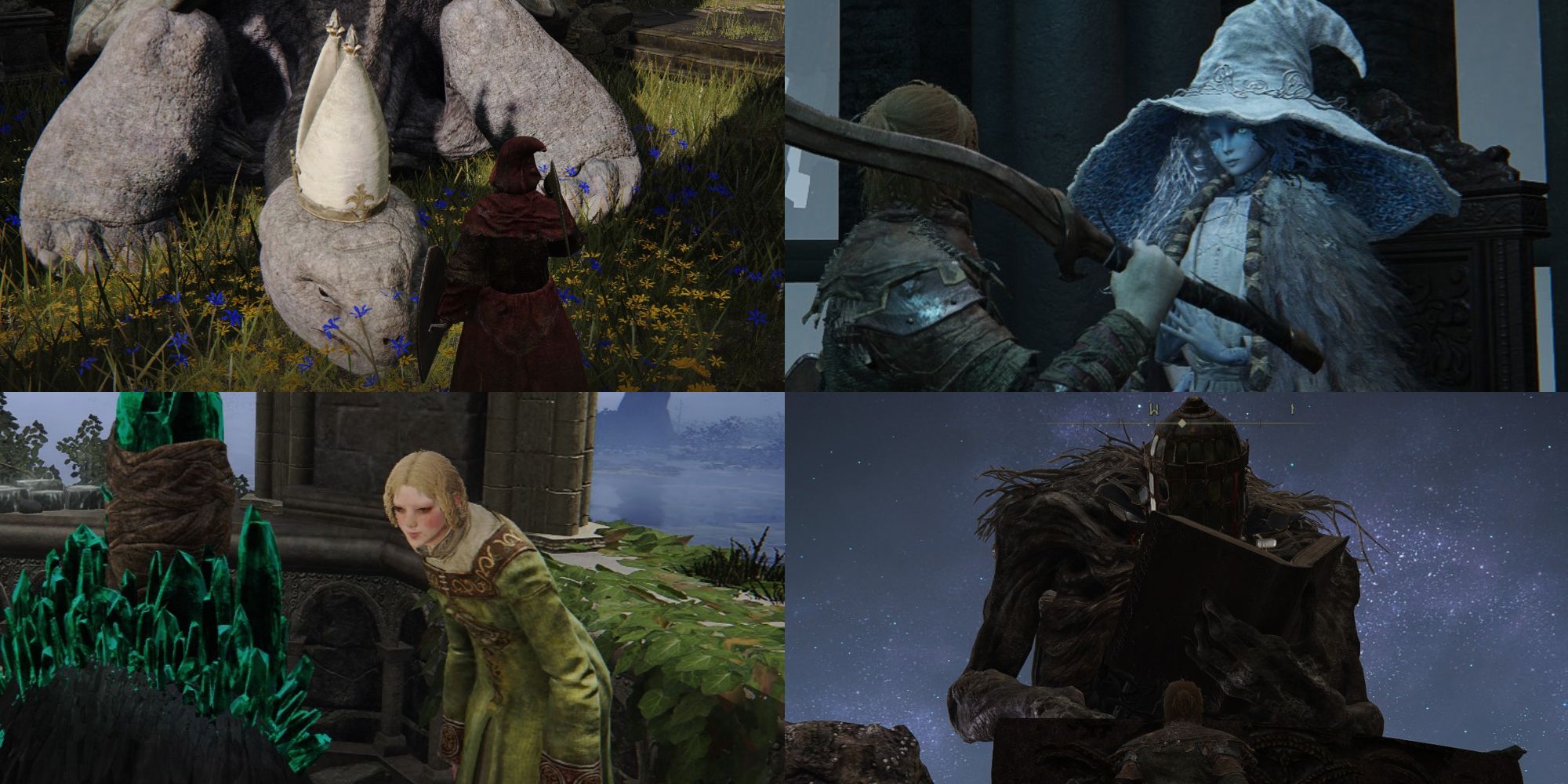 There are a few quests you can start in Limgrave that will continue on into Liurnia of The Lakes. There are also a ton of quests to start here, as well. This is a short breakdown of where to find the most important NPCs in the area to start or continue their questlines. 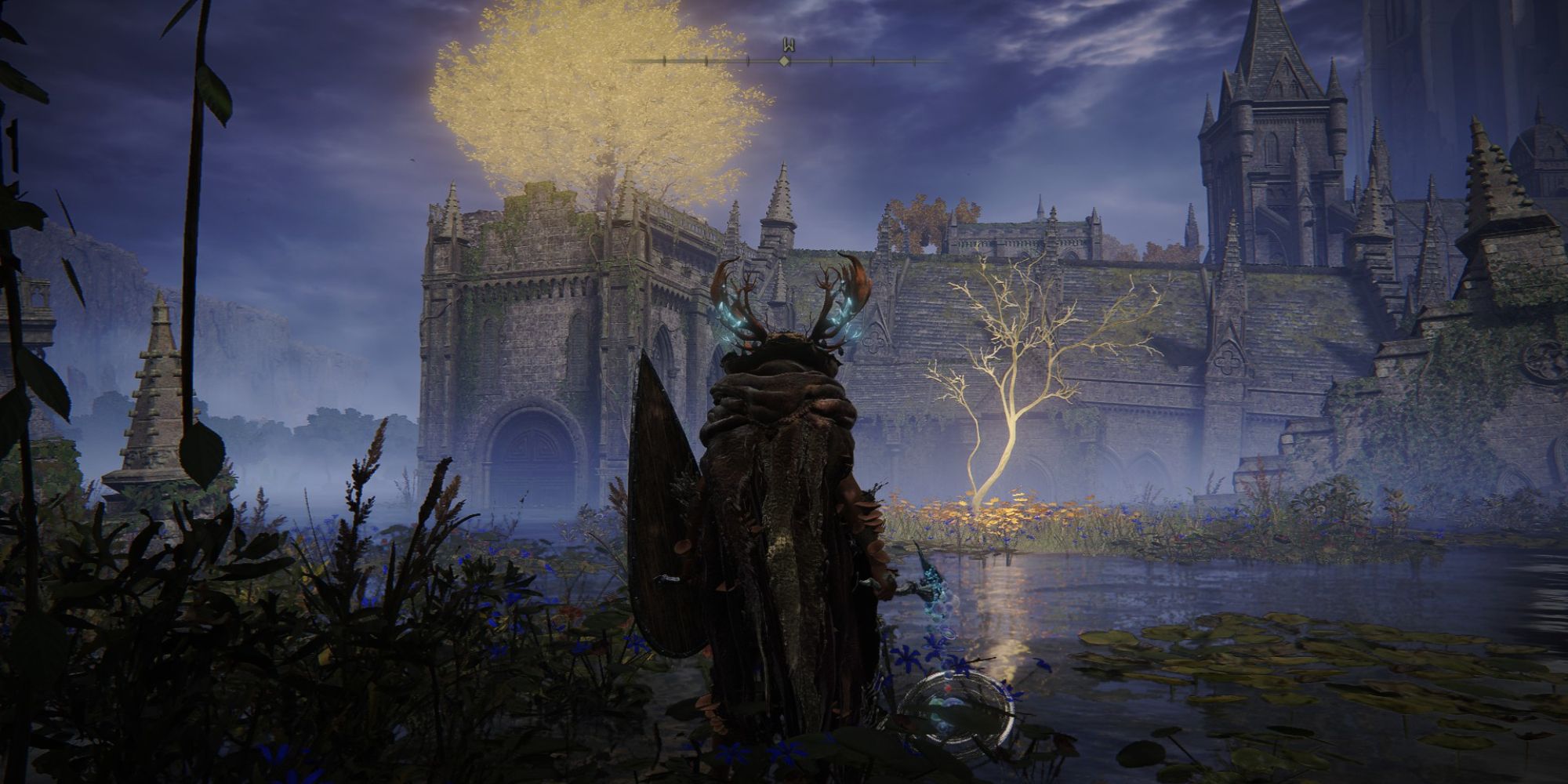 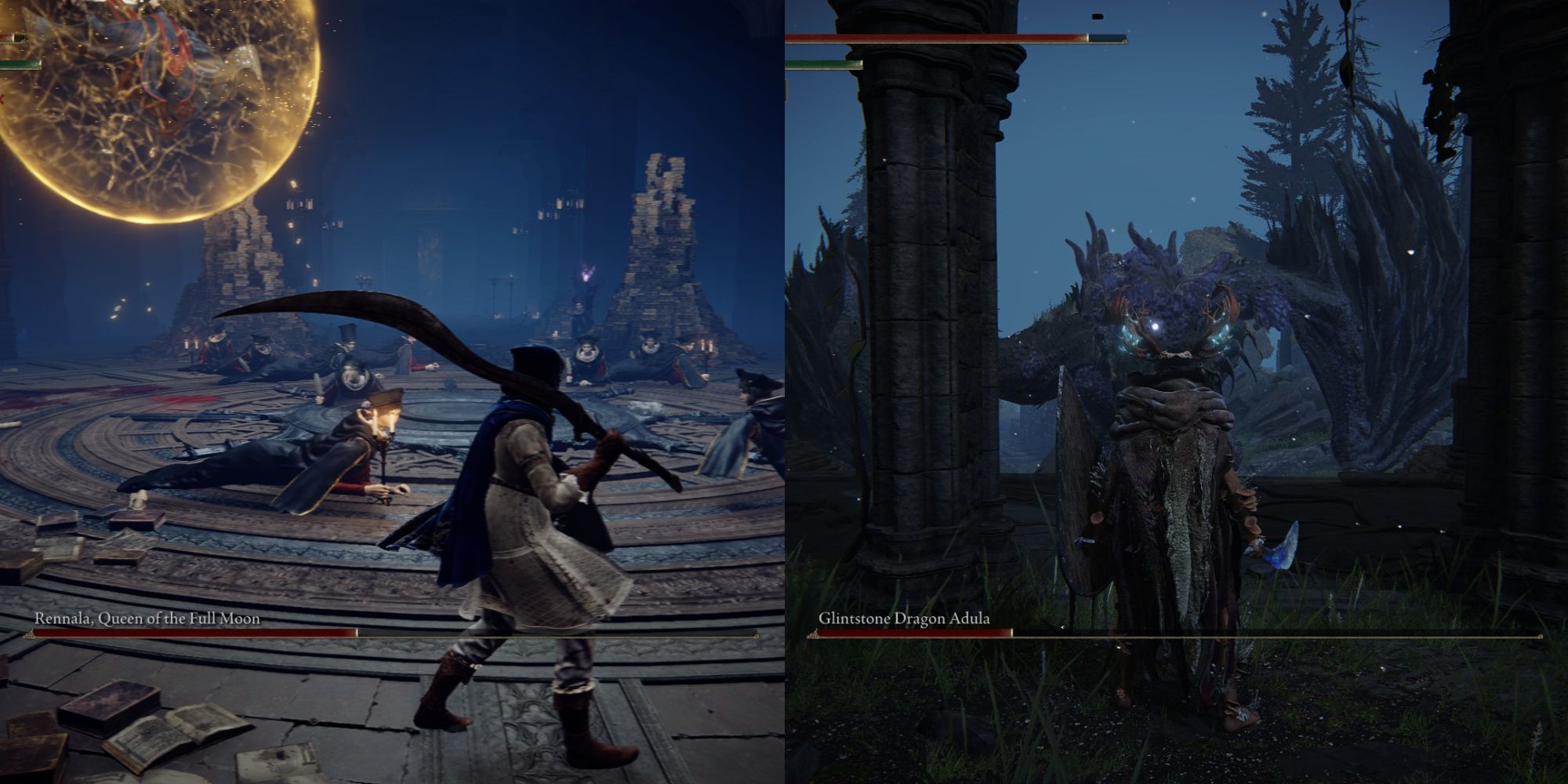 There are smaller, elite enemies, and evergaol bosses you can find and defeat within Liurnia of The Lakes. The ones listed above are the main big ones that you'll for sure bump into. None of these bosses are mandatory for the main story, but they are mandatory for some side quests. 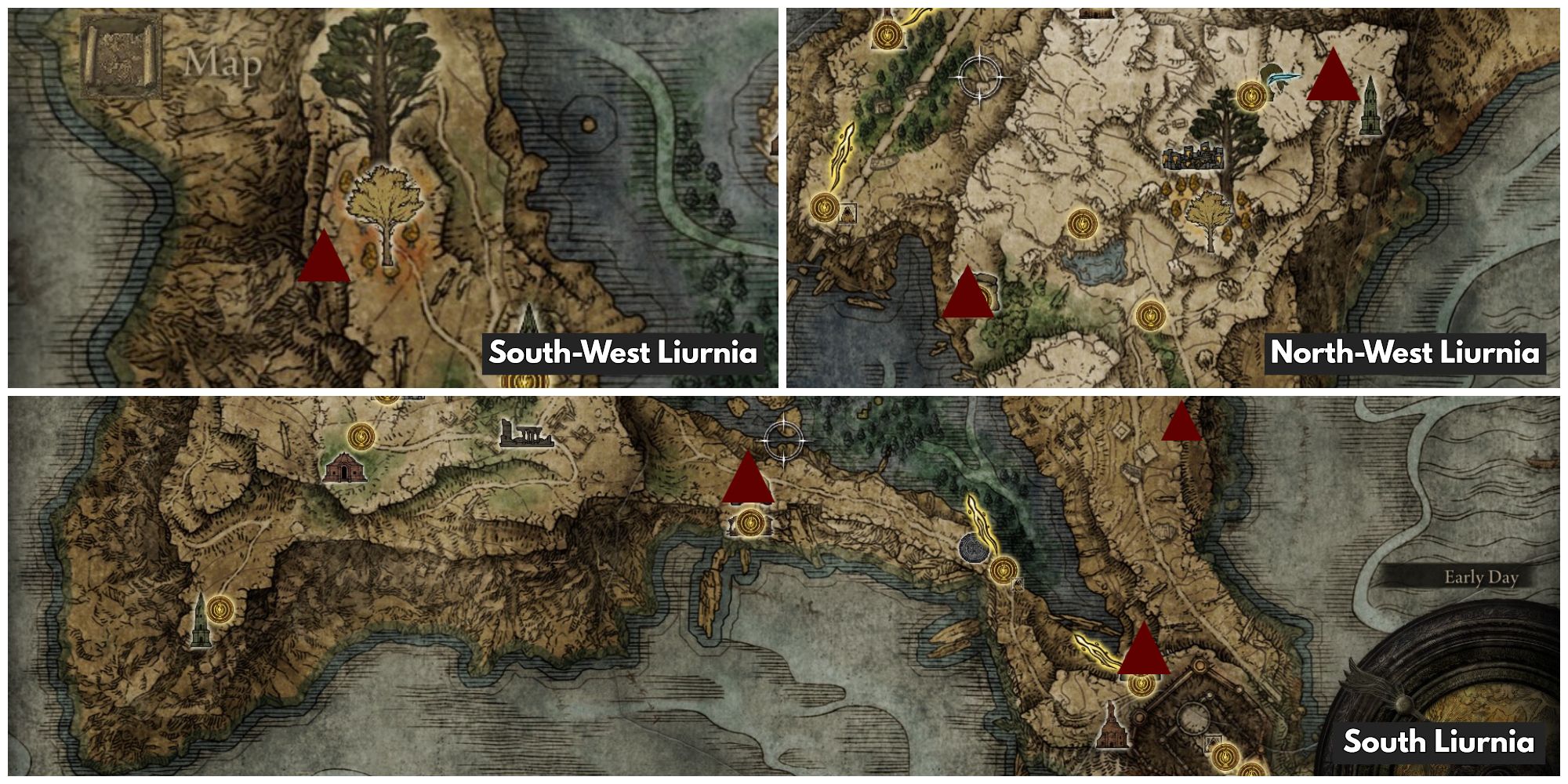 These are every dungeon and cave within Liurnia of The Lakes. Once you've completed the legacy dungeon and Caria Manor, you'll want to beef up your character before traveling to the capital city. Running through these dungeons will reward you with spells, armor, and runes for leveling up. 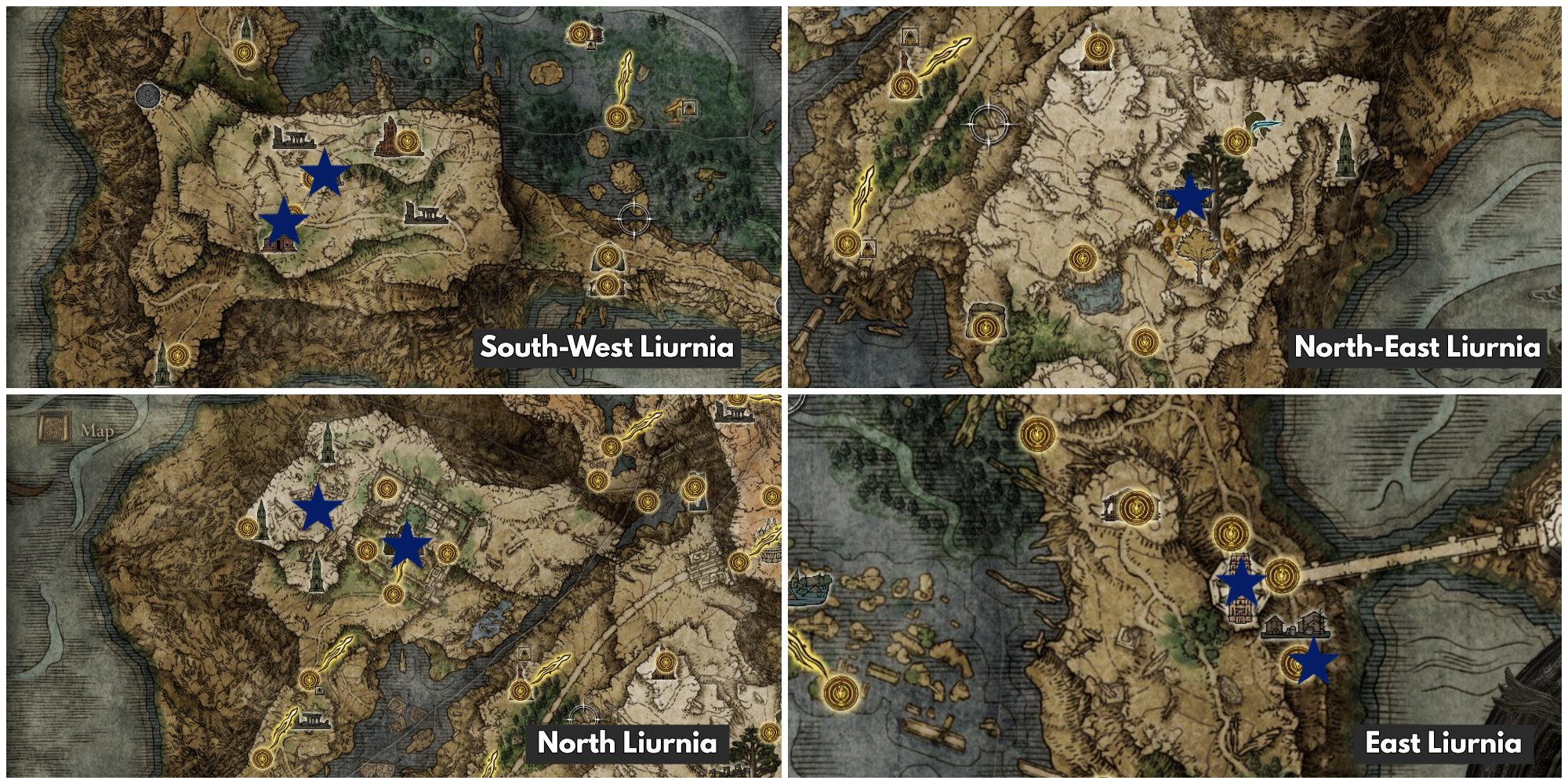 These points of interest are smaller dungeons or areas that involve difficult fights and great rewards. They are locations you'll find yourself needing access to for side quests, but not knowing how to get there. You can find out more lore by visiting these places, as well as collecting more items and leveling up.

This is a grand study hall full of sorcery. If you're playing a mage, running through here is hard but worthwhile. As soon as you go up the lift here, you'll be met with a sorceress who uses great spells to attack you from a distance while summoning lots of smaller enemies. Her attacks take you out within one to two hits and no summons are available in the study hall. That's what makes this place so difficult. You'll need to go through here for Ranni The Witch's quest. Carian Study Hall is in East Liurnia and is attached to a Divine Tower.

Jarburg is a small village full of jar-people, much like our friend Alexander, The Iron Fist. There is a small jar located here that can continue the questline of Diallos and Alexander if done correctly. To do so, you'll want to have already progressed with Diallos leaving Volcano Manor, and have already completed Alexander's questline. Jarburg is below and behind Carian Study Hall in Easy Liurnia.

This village has a smaller and easier boss. If you're having trouble finding NPC Nepheli Loux, she can be found here on the way up. To get to this village, you should first start at the Converted Tower Site of Grace and continue South to South-East. It's located in South-West Liurnia. There will be dirty water full of crabs. Keep a close eye on the cliffside until you see hanging bodies. There is a ramp upward where you will traverse into the rocks and come out the other end in the village.

Folly On The Lake Site Of Grace is another nearby grace, where you'll want to head south and go west, against the wall until you find a ramp-up. Albinauric Village holds a hidden NPC that provides access to a different Grand Lift.

After exploring most of Liurnia of The Lakes, you'll notice an area you're having a hard time getting to that's near the Albinauric Village. You can't access any other part of this area in South-West Liurnia until you've completed Ranni The Witch's questline. Doing so will automatically place you at the Moonlight Altar. This area is full of ruins, an evergaol, Chelona's Rise tower, and is the second location of Glintstone Dragon Adula.