The hollows of the Elden Ring subreddit have decided to take matters into their own hands as the silence pertaining to the next FromSoftware experience persists. Languishing in a void of uncertainty, the fandom has resorted to crafting intriguing art and other assorted Elden Ring concepts of their own imagination.

The Fake Lore tag has evolved into a pivotal part of the Elden Ring community, driving them inspirationally toward an eventual debut while likewise inviting new efforts, from music, writing, and various art to a homebrew Elden Ring video game. 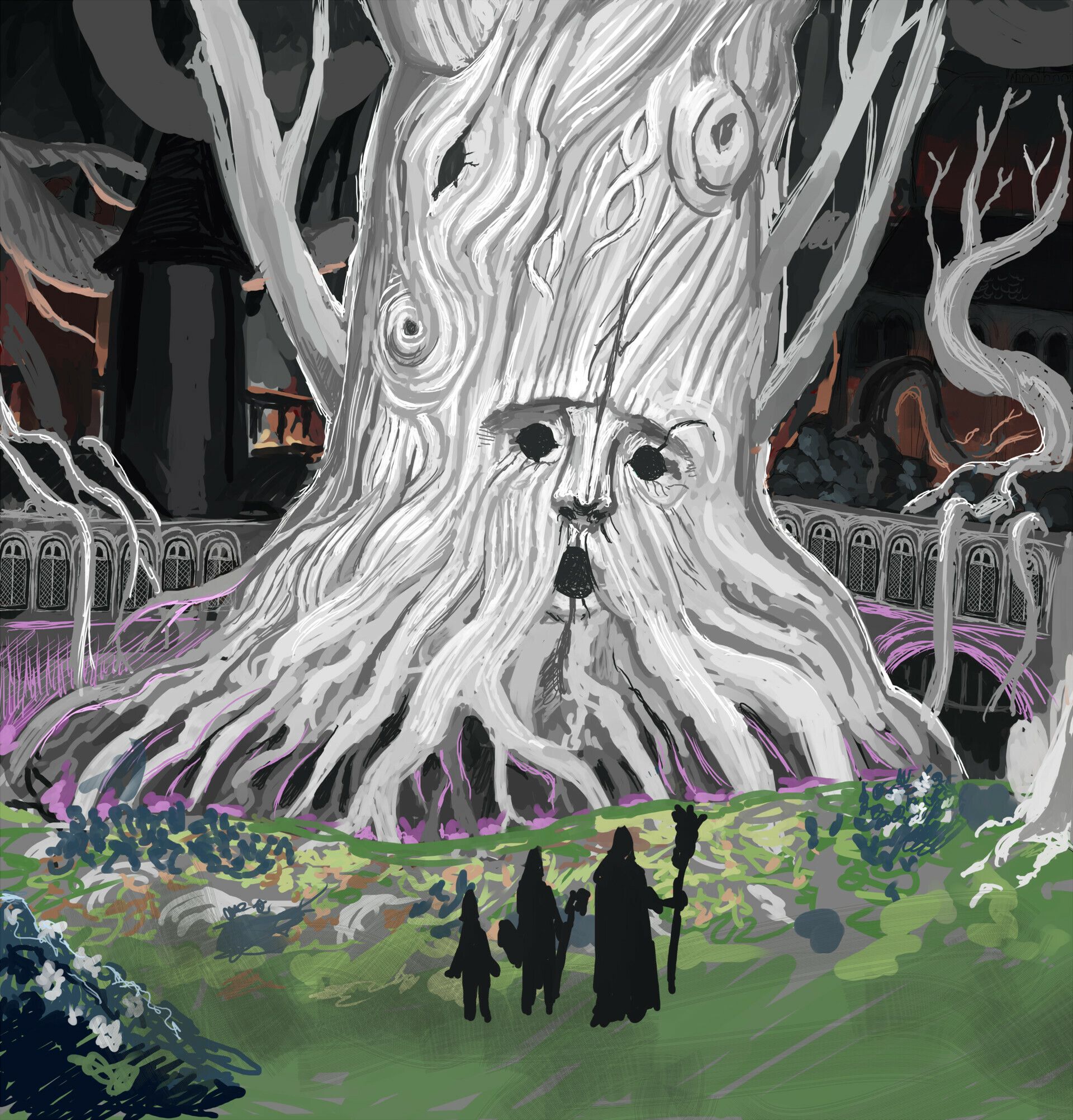 What has now become a fanmade video game melting pot of epic proportions all started with a simple meme post tagged as Fake Lore on Reddit. With no word from Bandai and FromSoft – or even George R.R. Martin, for that matter – one fan decided to instead draw up his own idea of an in-game boss daily until an actual gameplay trailer was revealed. Now, eight months later, a community-driven effort has spawned, drawing in numerous concepts and a full-blown demo.

Titled “Elden Ring Fake Lore,” a gameplay mockup was devised by Reddit user SpriteBlood following a feeler in the Elden Ring subreddit. Utilizing fanmade content and a highly active discord channel, a hobbyist game developer took up the pleas of a desperate Elden Ring community and blended all of their own talents into a pretty solid baseline demo. Much like Elden Ring itself being an extension of Dark Souls, so too is SpriteBlood’s valiant experience as it grows in progress, gaining story beats, dialogue, and music drenched in fan-bred adoration.

As a no-show at the Xbox Games Showcase, Elden Ring remains in a void all its own as its fans busy themselves preparing their own video game. Geoff Keighley’s assurance that Elden Ring would not make an appearance at Gamescom certainly doesn’t aid FromSoft in any way, though at least fans are preoccupied and developers are hard at work. In the clawing madness for any and all Elden Ring reveals, enter your own machinations and lore dumps into the Fan Lore Discord.

Filled with wonder and inspiration, there’s also a tinge of madness and dread mixed into these fanmade creations, as well. All the more fitting.

Nintendo's Next Console After Switch Will Release Before 2100

The Pathless Is A PlayStation 5 Launch Game