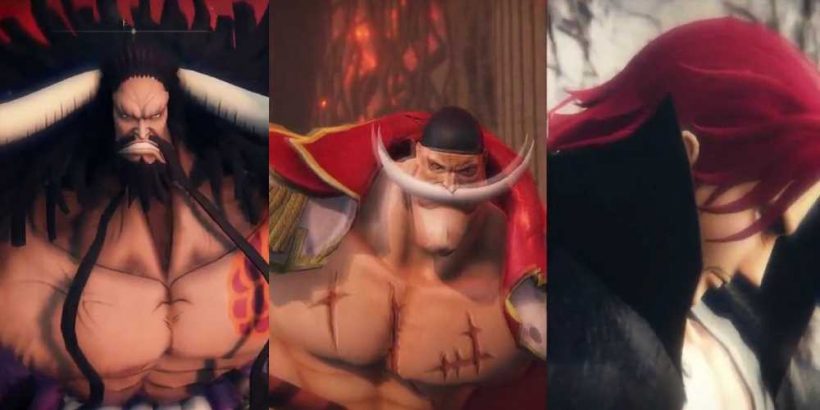 Mods are a big part of games enjoying a long life. Skyrim's proof of that, but the mod mine there is almost tapped, as the most popular mod last week added wild pheasants… Anyway, an Elden Ring mod has replaced Radahn, Godfrey, and Malenia with Kaido, Whitebeard, and Shanks from One Piece.

The mod, posted to the Elden Ring subreddit, gives those three iconic demi-gods an anime makeover. Fans love it, with one writing, "I love how lore accurate this is. Kaido gets Radahn’s purple lightning, Whitebeard gets Godfrey’s earthquake attacks, and Shanks gets the hardest boss with 1 arm."

A video for the mod shows the various reskinned bosses during their fights, and they do look worthy of spectacular anime battles. It's given the community a taste for One Piece bosses, and one user suggested "Rykard for big mom would be accurate."

Fans of both the Soulslike genre and One Piece show are now lamenting that a true combination of the two doesn't exist. "Why you have to put the dream of a fromsoft one piece game in my head."

Another wrote, "You know, an elden ring styled one piece game would be excellent. The open world would be actually traveling on the grand line with a scattering of pirate fights. However the hard part would be to capture the mystery and the sense of adventure that you feel in the series."

More pleas of "PLEASE FROM SOFTWARE MAKE A ONE PIECE BASED VIDEOGAME," and "I demand Miyazaki make this game!" were written.

In other modding news, Nexus Mods, one of the largest mod sites on the internet, put out a statement saying it would be banning all mods "against inclusivity" after it banned the creator of a mod that replaced Pride flags in Spider-Man with the US flag.

"We don't want to and won't argue this with you," says Robin Scott, the site's owner. "We've now explained our stance and we won't be providing a platform for you to distort our position in order to feed an irrational and paranoid narrative."