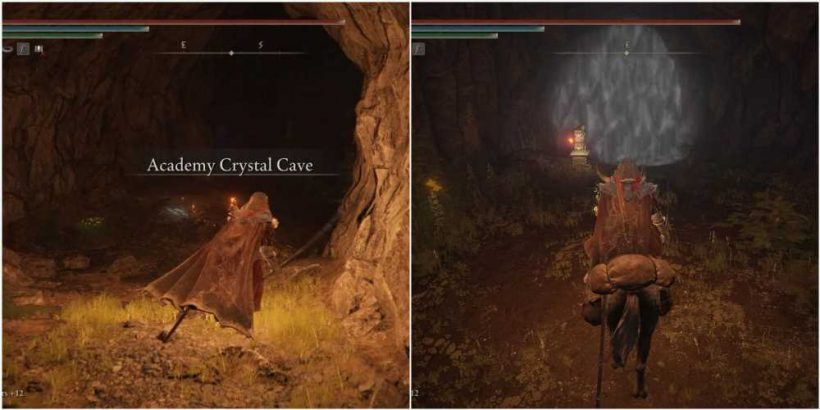 Academy Crystal Cave is a dungeon in Elden Ring. It is located west of the Legacy Dungeon, Raya Lucaria Academy. Entering the dungeon will require a Stonesword Key as you will need to activate the Imp Statue. However, you will get another Stonesword Key inside the cave. You will also receive more notable loot, including the Terra Magica, which is a very useful Sorcery that increases magic strength for all inside an area.

Having the Spelldrake Talisman is helpful as there are a lot of mages inside the cave. Here is all you need to know about Academy Crystal Cave. 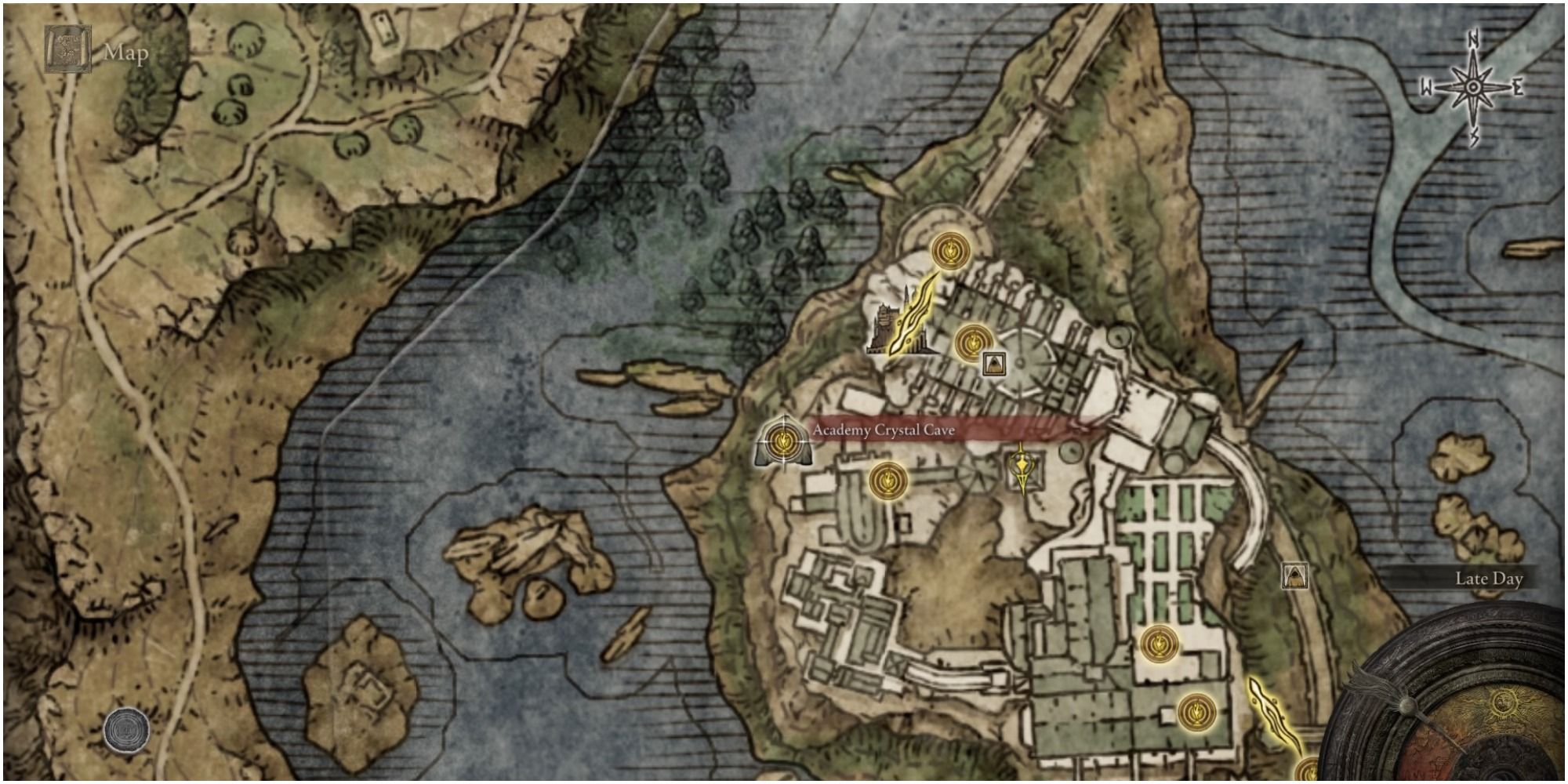 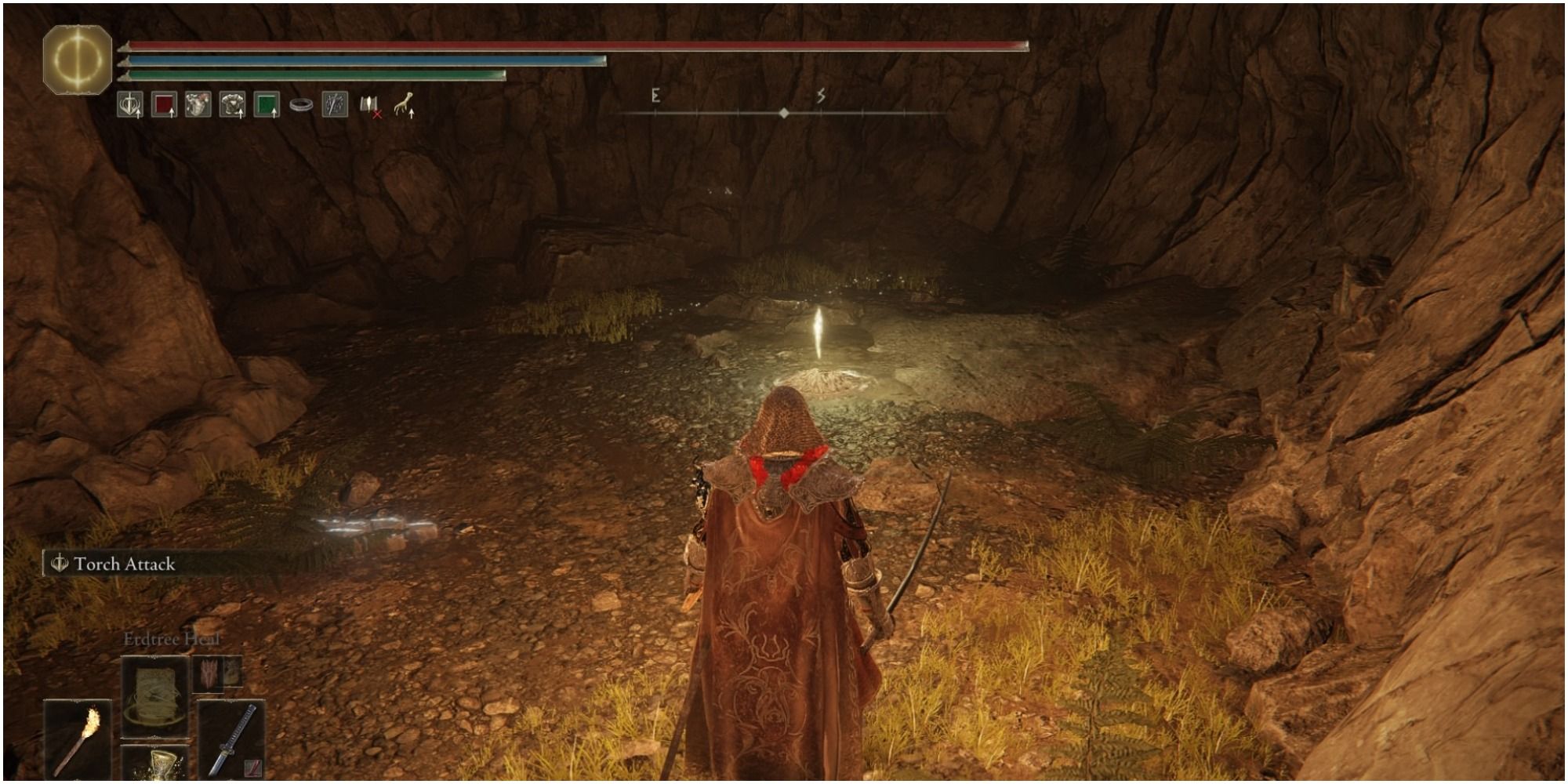 After reaching the entrance to the cave, you will see an Imp Statue out front. Use your Stonesword Key to gain entry, then proceed inside to reach the Site of Grace. Go further inside the cave, and you will find three Rats, deal with them and collect all the Crystal Cave Moss in the passageway. Proceed ahead, and you will come across a big area with several crystal pillars. There are multiple Twinsage and Glintstone Sorcerers here. 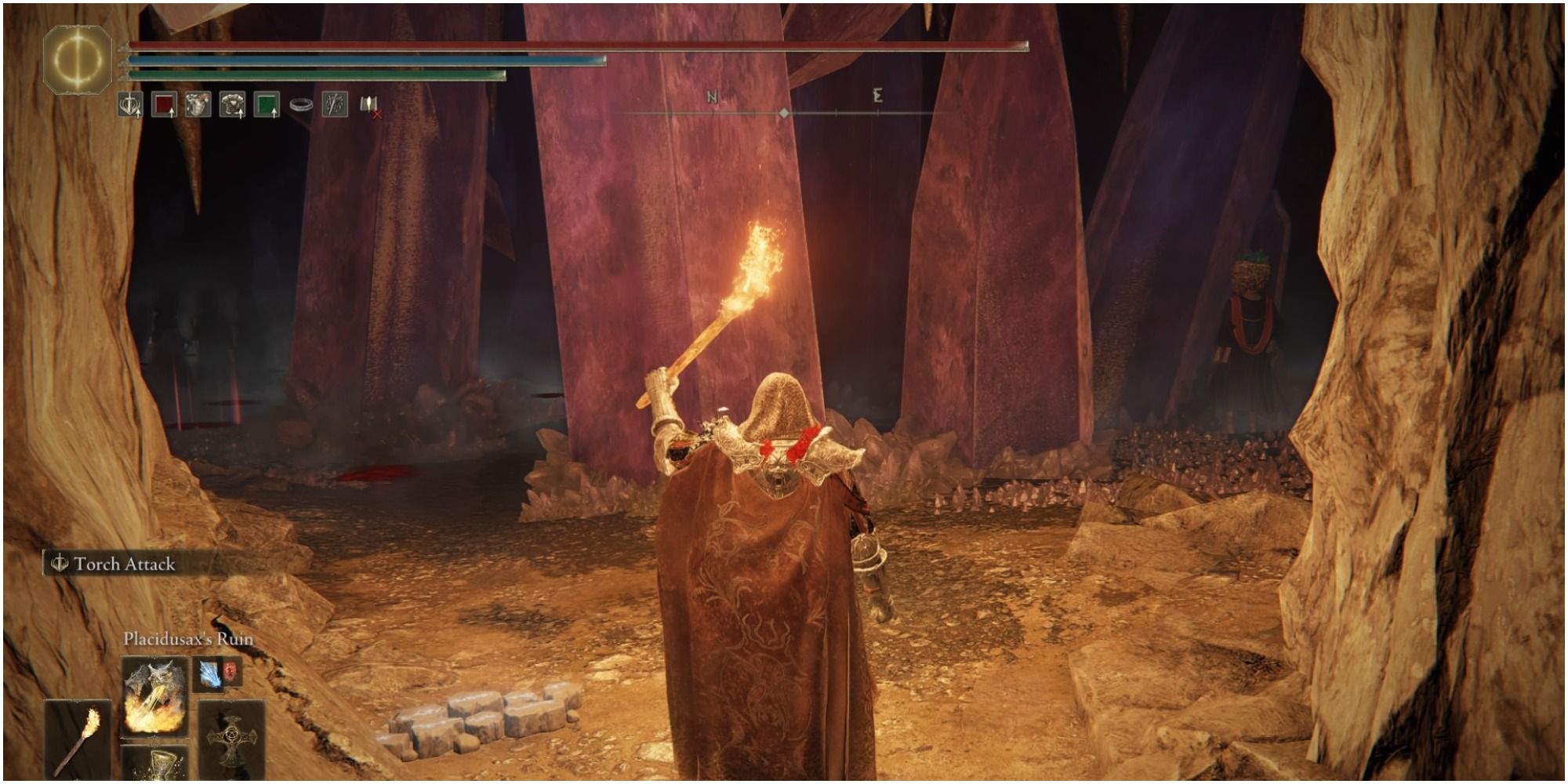 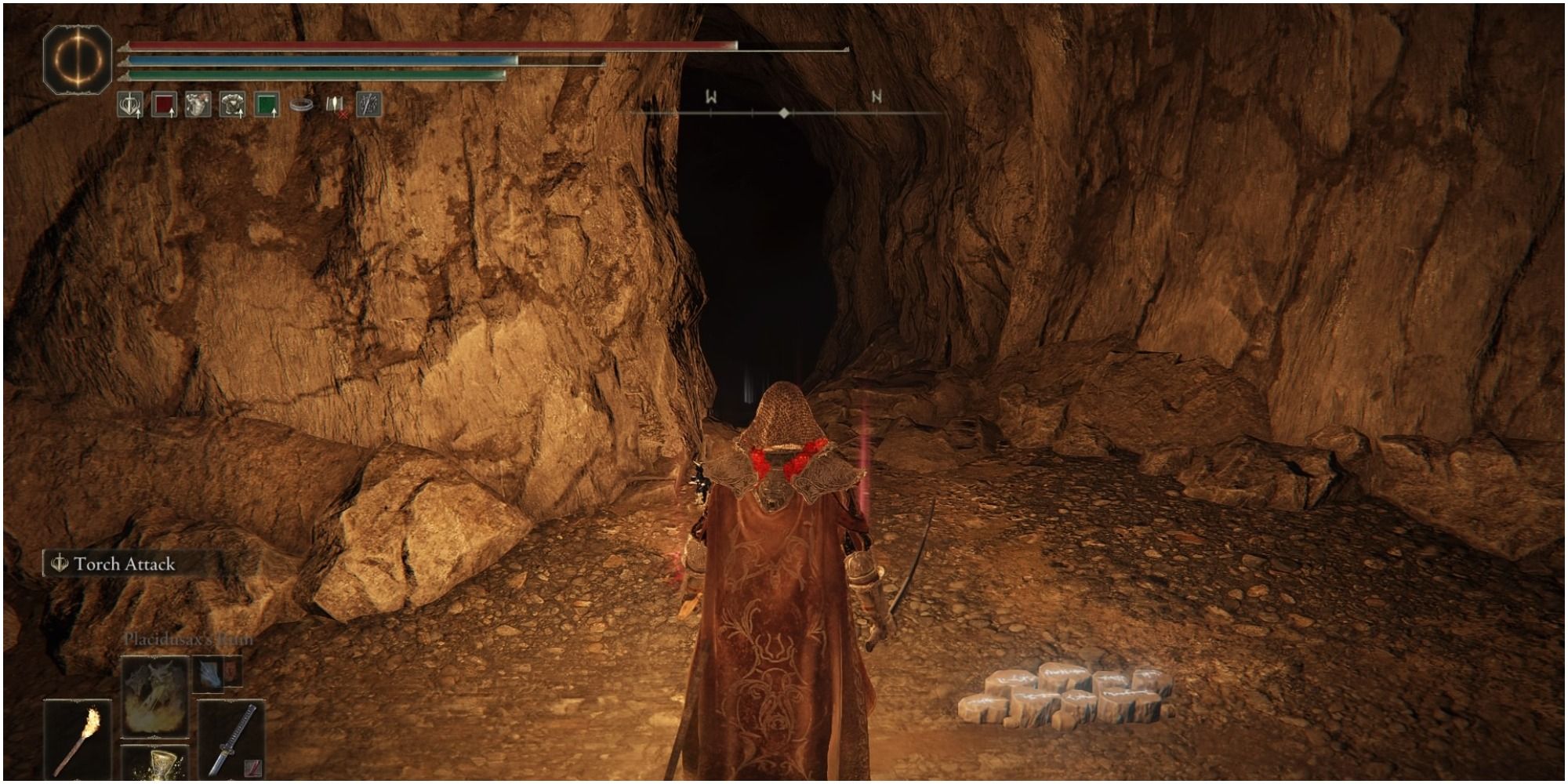 Go towards the northwest passageway, and you will reach a dead end with a cage, and inside it will be a corpse with a Stonesword Key. Go back out and head east through the tunnel leading to a wooden door. 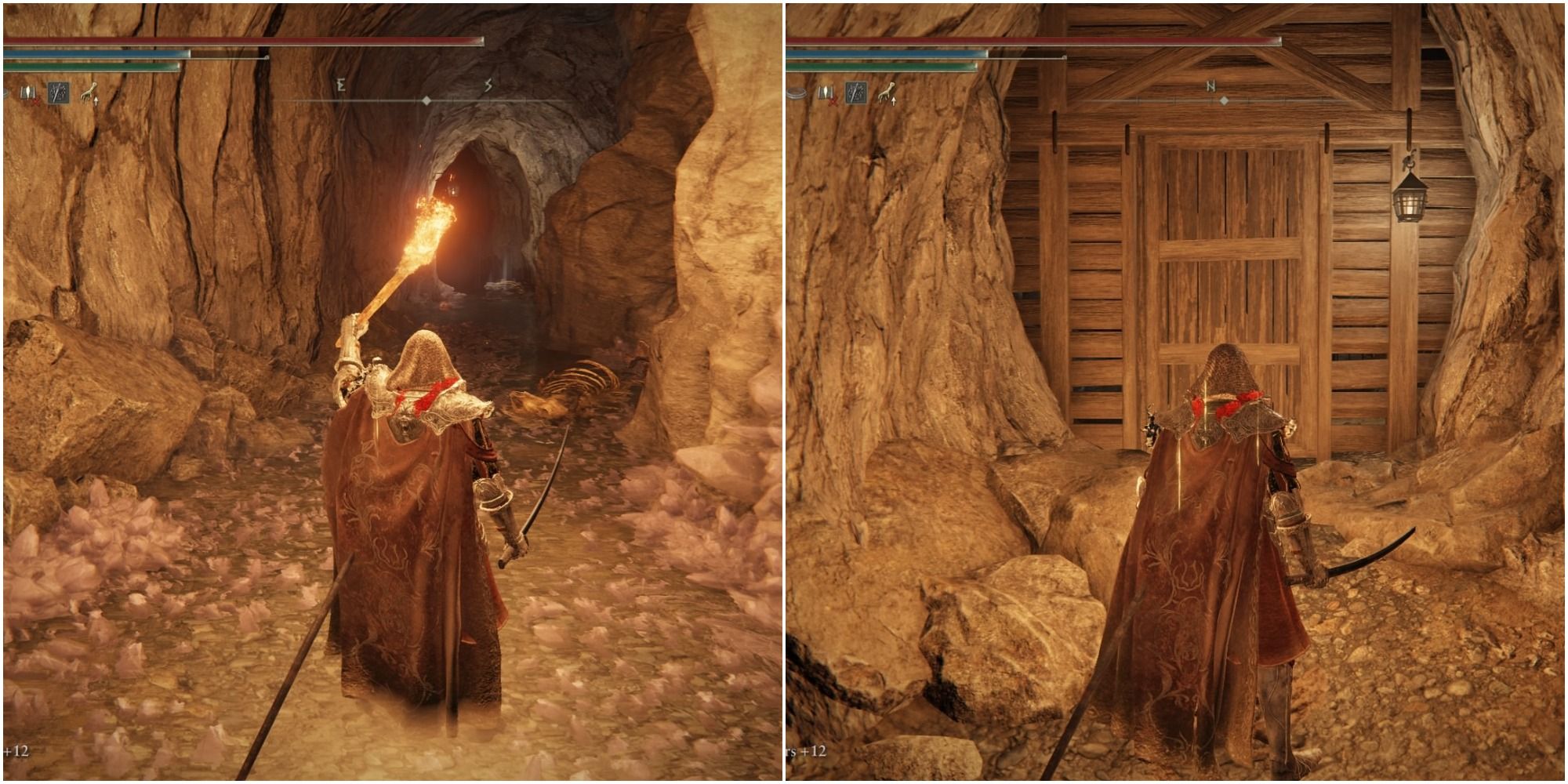 Opening the door will reveal a powerful Mage guarding an area and another Glintstone Sorcerer roaming. Deal with both of them and approach the steps on your left. 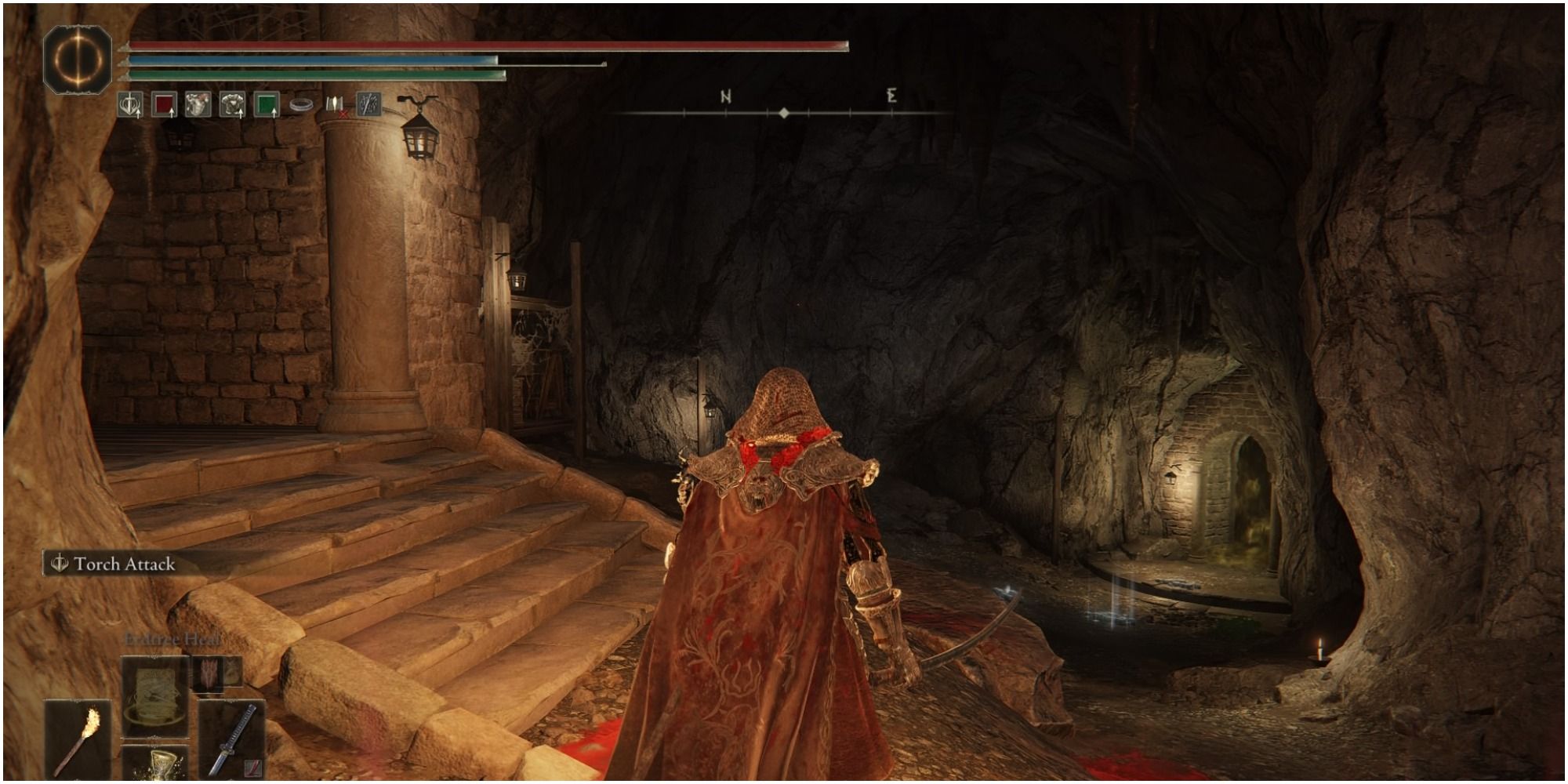 Straight ahead is the boss gate, but you need to turn left first and deal with the mage on an elevated rock platform. Turn around and open the chest to find Rune Arc. Go back out and approach the illusory wall. 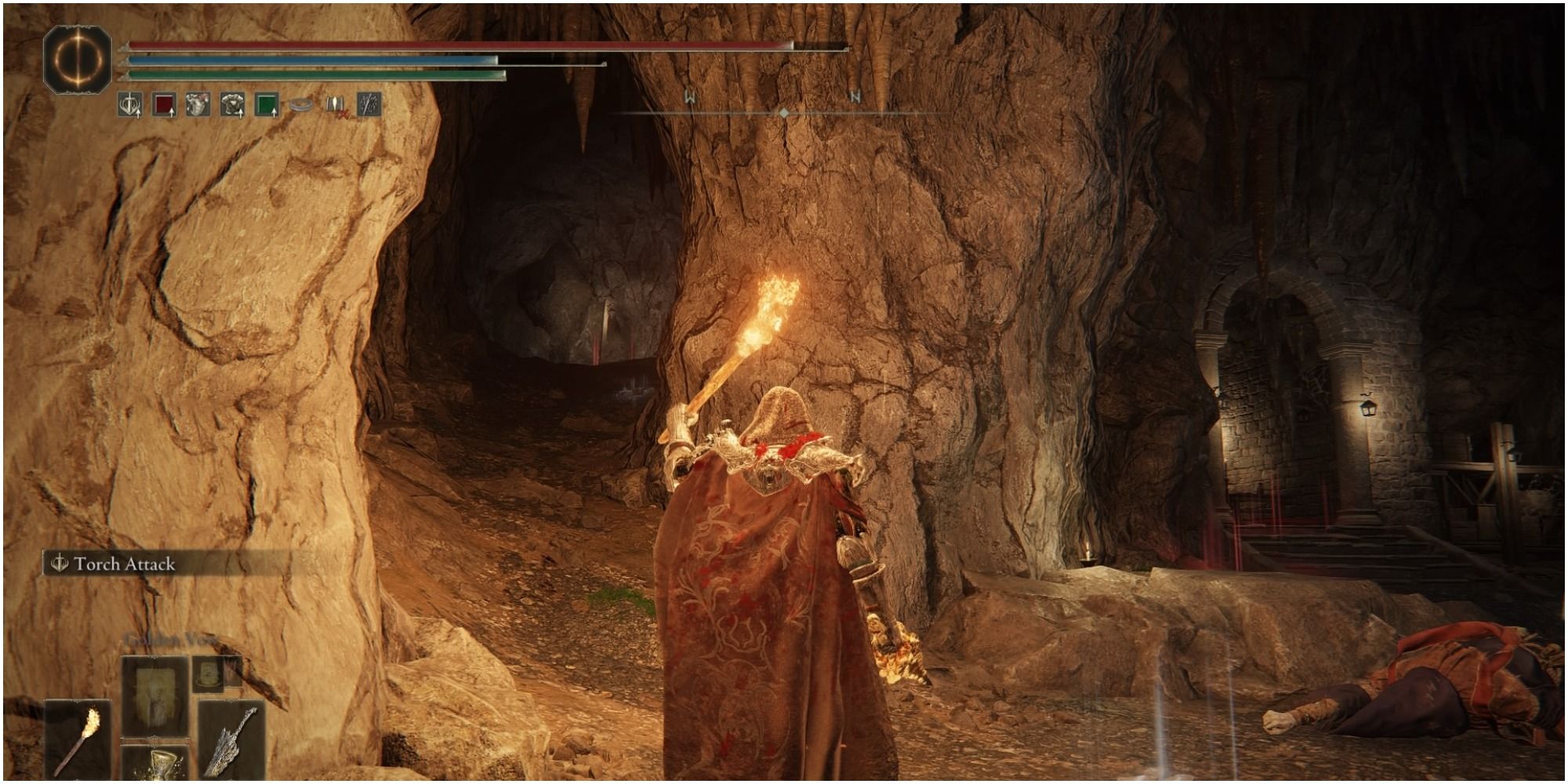 Striking the wall will open up a way leading to another chest with Crystal Staff. After acquiring the staff, go through the boss gate to fight the Crystalians. After defeating the boss, you will be able to take the lift ahead up a tower. Climb the stairs and go up the ladder to find a chest. Inside it is Terra Magica. 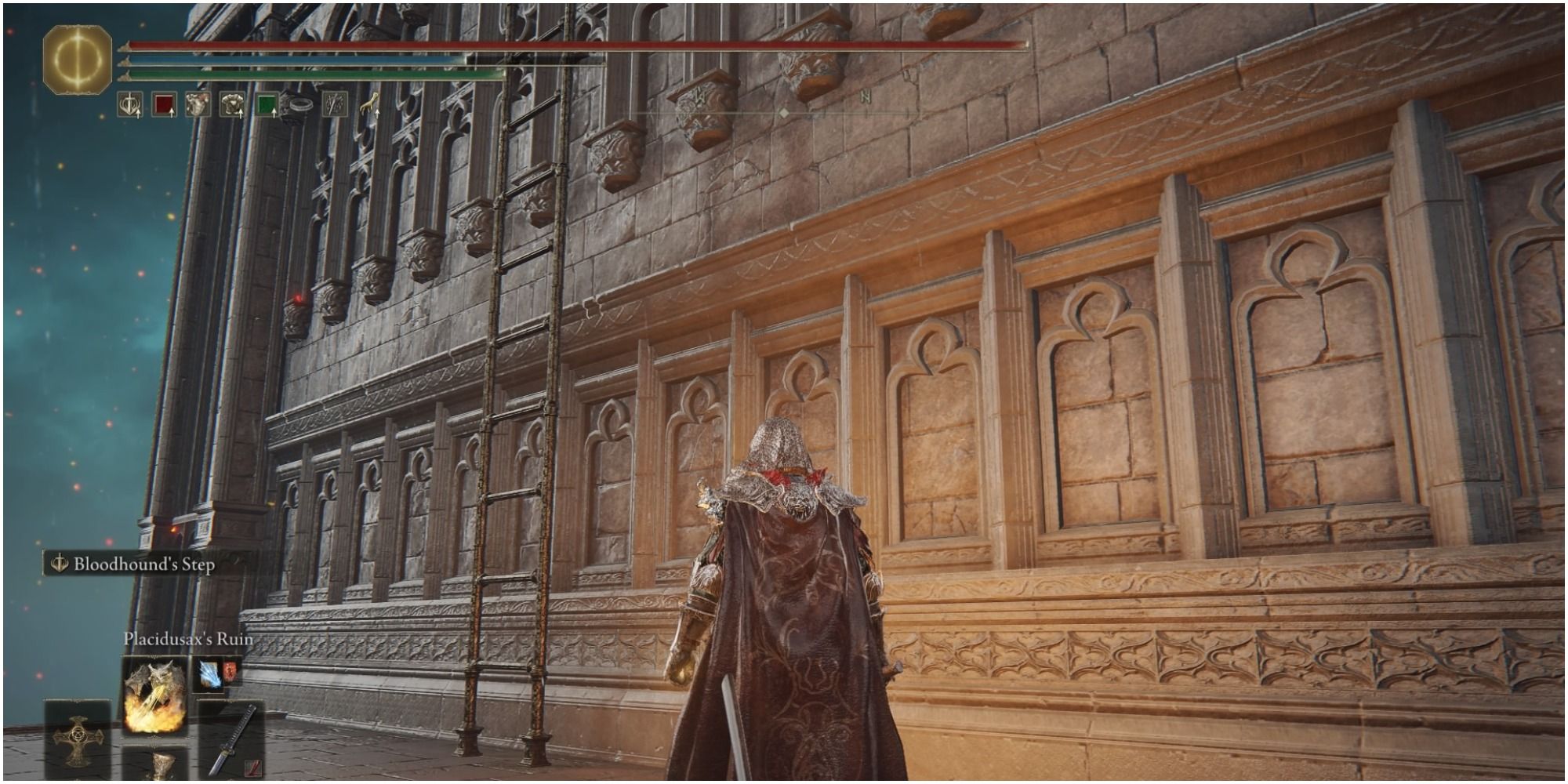 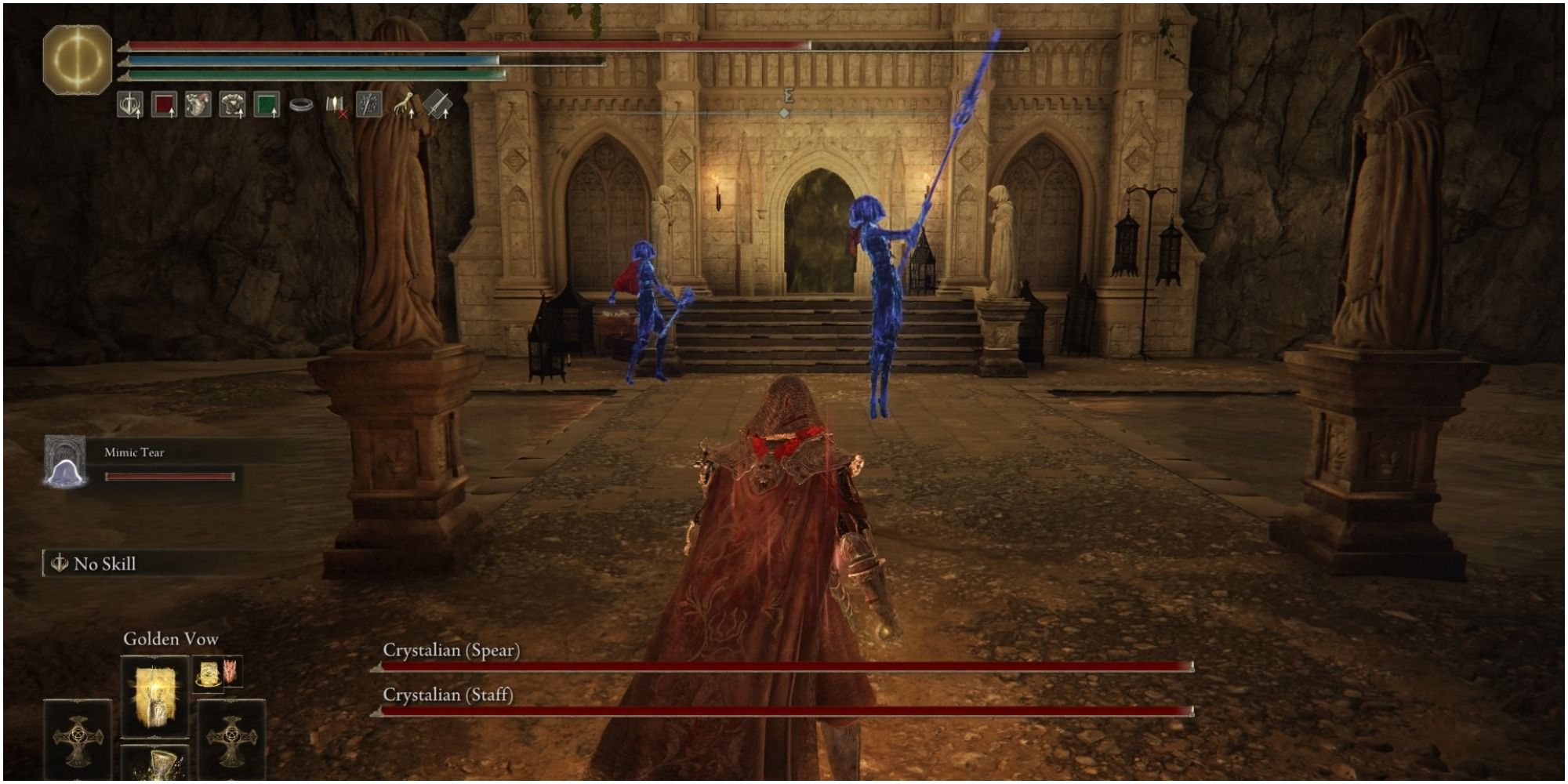 Crystalians are the bosses you will face at the end of the Academy Crystal Cave. They are considered one of the most annoying duo fights because of the constant thrusts the Crystalian (Spear) can perform. This interrupts your attacks or spell casts and makes the boss move closer to you. While this is happening, Crystalian (Staff) casts high damaging Sorceries from afar, making the fight challenging.

You can summon Spirit Ashes for this fight, so try bringing a multiple mob Spirit for this fight like Demi-Human or Lone Wolf Ashes. As they are multiple in numbers, they can attract both bosses while you focus your attacks on one boss at a time. Both bosses do not take much damage at the start because of their high resistance. Your first objective will be to constantly use Charge or Jumping Heavy Attacks. These will break the boss's posture leading to a critical hit. This will also make the bosses take proper damage from regular hits.

Defeating the boss will get you the Crystal Release (Sorcery) and open the way leading to the lift that takes you up the tower. 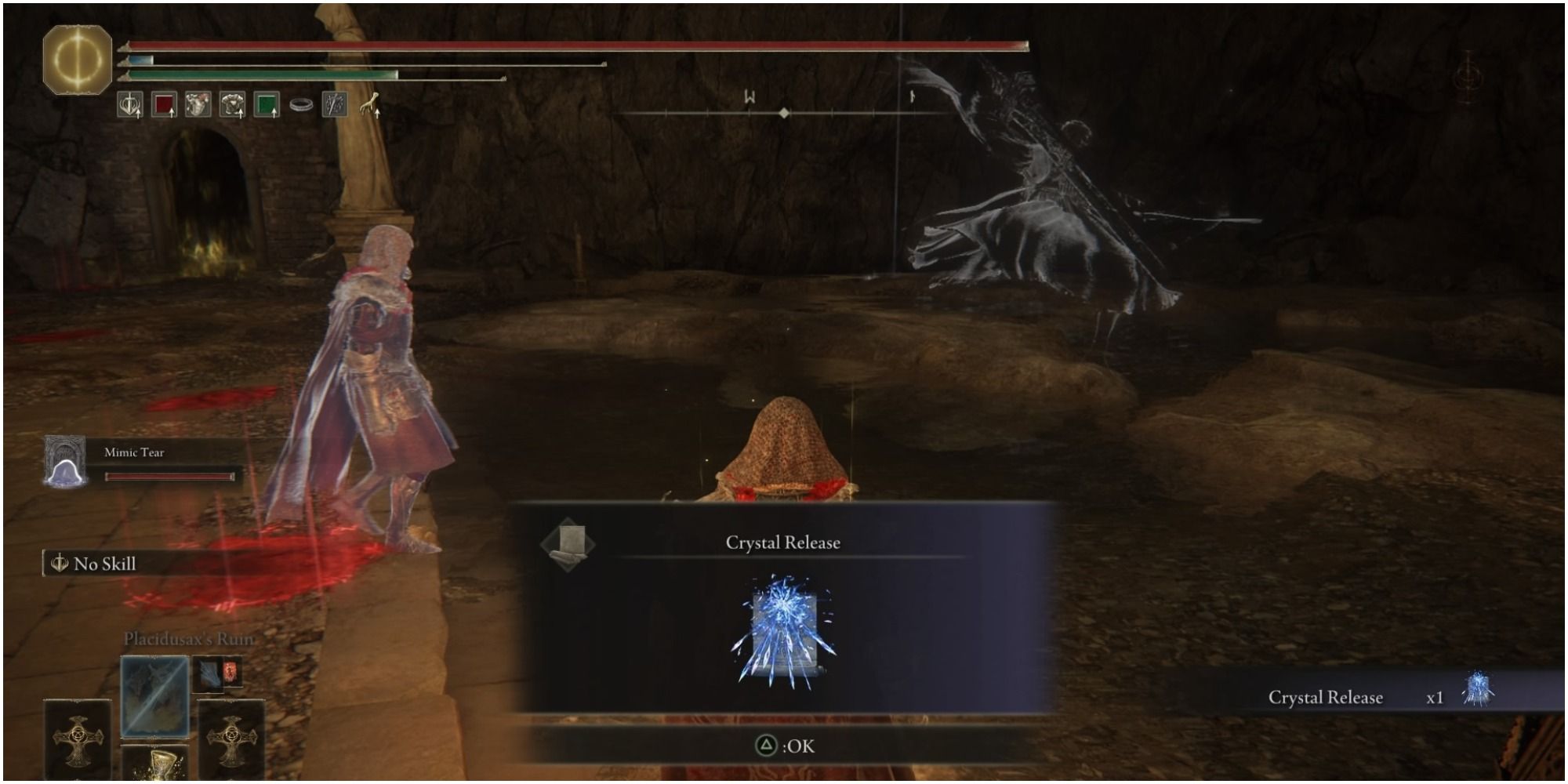