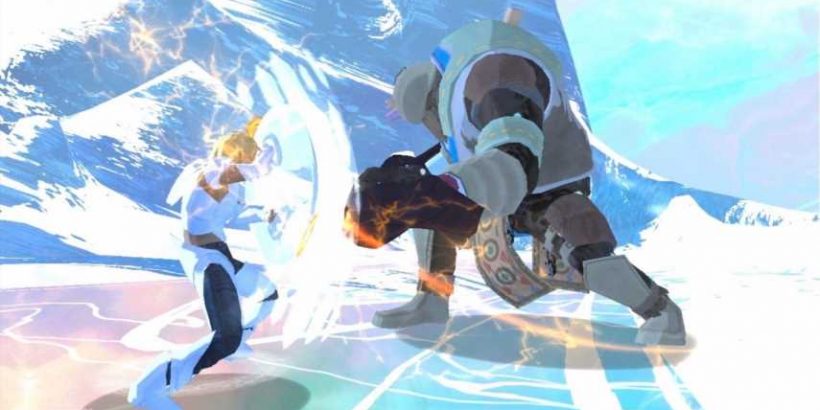 El Shaddai: Ascension of the Metatron, an action game for PS3 and Xbox 360 developed and published by UTV Ignition Games, was released in 2011. Now, the game is coming to PC with a port that will be published by Crim.

The launch trailer says, “It has been 10 years since the release of El Shaddai on PS3 and Xbox 360 and we have been asked constantly by PC gamers and fans of the game for its release on this platform and we are glad to announce its release on Steam very soon!”

Development of the original game was led by Sawaki Takeyasu, who had worked as an artist and character designer on Devil May Cry, Ōkami and Fatal Frame: Mask of the Lunar Eclipse. The story was inspired by the ancient Hebrew text Book of Enoch, and follows Enoch (Shin-ichiro Miki/Blake Ritson), a scribe looking for seven fallen angels to prevent a great flood from destroying mankind.

The game was well received both critically and commercial, with reviewers praising the aesthetics and combat system. A spin-off RPG, titled The Lost Child, was released by Kadokawa Games for PS4 and PlayStation Vita in Japan in August 2017 and via NIS America released in 2018. The Lost Child, which follows a new character, also features Enoch, Lucifel and Michael in supporting roles.

In a press release, Takeyasu said, “It’s currently in development, but since I imagine people would like to know its progress, I’d like to share its status from time to time. Also, since the hardware has changed from Xbox and PS3 to PC, we’re making things like a launcher that doubles as an options for switching between English and Japanese voice-overs and text.” El Shaddai: Ascension of the Metatron will be released for PC via Steam “soon.”