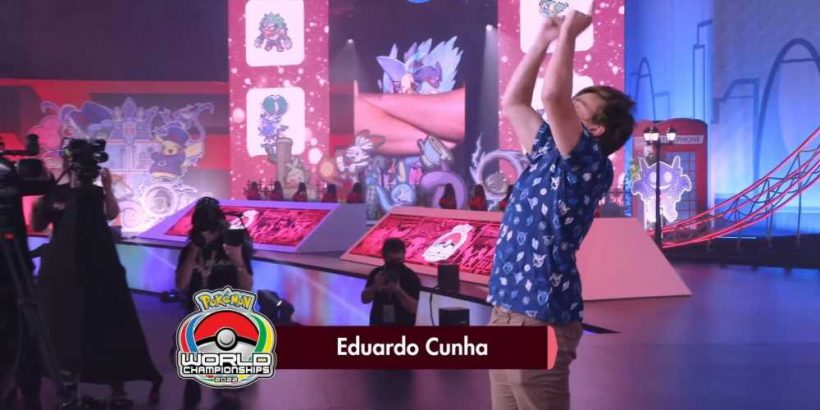 Eduardo Cunha has been crowned the winner of the Pokemon World Championship 2022, beating second-place runner-up Guillermo Castilla Diaz. He secured his win just now at the London finals, closing off the weekend of Pokemon celebrations in the Capital.

In a post-match interview, Cunha said, "I'm so happy, I don't even know how to describe it." He credits his ability to mix up his game plan on the fly for his final win, and "learning how to trust" his own abilities.

Speaking in the interview, a relieved Cunha said: "I know it's cliche but I would not have been here without all the support and help I get from everyone."

He also used the opportunity to refer to some controversy he was involved in last year, when he was found posting messages on a Discord server that many found misogynistic and toxic. He was also accused of sending toxic Twitter DMs, threatening to harm himself because of criticism he received concerning his behaviour, which included insulting another Pokemon player.

Seemingly referencing this incident, Cunha thanked his mother for helping him "develop into a much better human being than what I once was." He continued: "[I'm] able to stand here proud of my accomplishments despite what I may have done in the past.

"Never fear learning from others. There's no shame in reaching out and asking for help, be it in Pokemon or in life. We all need help, we can all learn". He also told aspiring players to focus on keeping the friends they meet in the scene, saying that this is more important than wins.

If you missed the stream, you can watch the Sunday championships over on the official Pokemon YouTube channel. Even if you're not into the competitive scene usually, it's beyond fascinating watching the pros duke it out, always planning ten steps ahead, while reacting to their opponents on the fly.