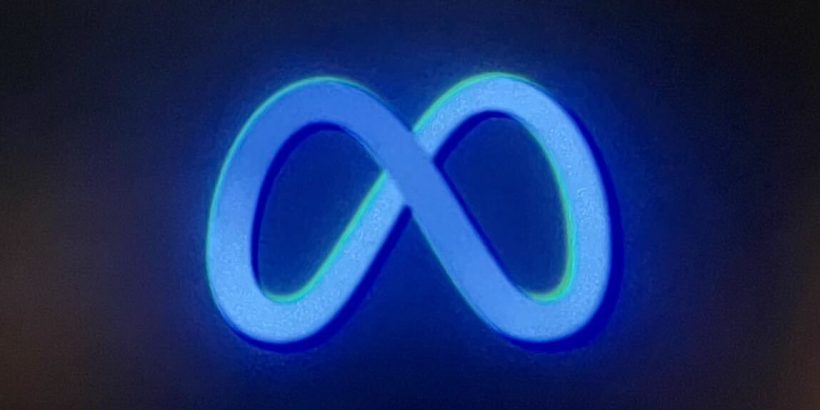 Here’s how Meta distills the benefits of Mark Zuckerberg’s latest effort to shape modern life: “3D spaces in the metaverse will let you socialize, learn, collaborate and play in ways that go beyond what we can imagine.”

We already have multiple VR headsets from different manufacturers for socializing, learning, collaborating, and playing in ways that are impossible to fully grasp until experienced. If VR headsets already do what Zuckerberg’s homepage at Meta describes, and Oculus was almost synonymous with much of this already, why would he abandon Oculus as a brand and move the goal posts out into the future?

There’s a bigger role to play in shaping the future of human experience than just shipping better VR systems year after year, and Zuckerberg is taking that role as the head of Meta Platforms. There’s the worsening effects of climate change to contend with as well as the seemingly always-four-years-away dream of AR glasses coming to augment time spent outside in weather and sunlight. Much like previous efforts like Internet.org, going fully “Meta” gives Zuckerberg the leeway to frame his efforts both internally to employees and externally to everyone else around things far beyond just status updates and virtual worlds.

Zuckerberg isn’t alone in trying to design the future around this “metaverse” concept. Epic Games has a technology called “MetaHumans” for very realistic avatars while Microsoft is buying up the “building blocks for the metaverse”. Zuckerberg’s resources and focus, however, may be on an entirely different level. He bought Meta.com years ago, “decided now is the time to build the metaverse” and re-founded his company around new principles to push every one of his approximately 72,000 employees in a new direction. That indicates a very different level of planning and investment compared to something like HTC’s recent concept video depicting the purchase of digital wine with bitcoin in the “Viverse”.

“There’s a bunch of get rich quick schemes around metaverse,” Valve’s head Gabe Newell told PC Gamer recently. “Most of the people who are talking about metaverse have absolutely no idea what they’re talking about. And they’ve apparently never played an MMO. They’re like, ‘Oh, you’ll have this customizable avatar.’ And it’s like, well… go into La Noscea in Final Fantasy 14 and tell me that this isn’t a solved problem from a decade ago, not some fabulous thing that you’re, you know, inventing.”

This quote from Newell reminds us here at UploadVR of what happened in the wake of 2014’s acquisition of Oculus. When Zuckerberg bought the Oculus startup, a chain reaction of investments followed in a whole range of ideas. “VR” became the buzzword of the future and an open invitation to call anything and everything “virtual reality”. While impressive services like Rec Room and VRChat grew from this period, we also learned there are a lot more grifters looking to take money for things most people don’t want to see through the lenses of a VR headset.

Just like today with “metaverse” hype, Zuckerberg wasn’t alone in his investment in VR circa 2014. Sony and Valve also had researchers and engineers building the consumer pathway for VR. It is just that Zuckerberg’s bet was large enough and his resolve clear enough to convince some key players like Michael Abrash to leave places like Valve. Zuckerberg demonstrated to them he would bring the resources necessary to do the hard research and push the technology through to consumer success past temporary setbacks. Indeed, through the VR winter of 2017 and 2018 — and past the limited systems of Gear VR and Oculus Go — Zuckerberg’s Quest emerged as a rare glimmer of success amid a sea of headsets with far bigger barriers to entry.

By laying claim to the term “Meta” now, Zuckerberg is effectively declaring “metaverse” the next buzzword to use for a new generation of shady startup founders or crypto-bros looking to bilk dumb investors or starry-eyed crowdfunding backers. What does that mean for folks like Tim Sweeney and Satya Nadella — the heads of large companies who could reasonably compete with Zuckerberg’s next moves or even cooperate on a shared goal of building a single interoperable “metaverse”? Don’t they risk strengthening Zuckerberg’s position as the head of Meta Platforms by embracing the “metaverse” as common ground and their shared vision?

“I do believe in this future of the world in which billions of people are wearing AR hardware, AR glasses are their everyday life and I believe that’s the entertainment platform of the future,” Sweeney told us in 2019. “And we’re gonna be there.”

Recent acquisitions of companies like Sketchfab and Bandcamp suggest that Sweeney continues to put Epic’s money where his mouth is, but this mention of AR points to an important subject. A truly seamless combination of AR and VR — whether you call it Mixed Reality, XR, the Metaverse or something else — may still be a decade or more away. This is because VR headsets you use primarily indoors face completely different design considerations compared with computerized glasses you take outdoors into the physical world with you. A single device you wear on your face that works equally well both outdoors and indoors is so far away we haven’t seen any demos or plausible plans for them from any company anywhere.

More specifically, you can’t drive a car with an opaque VR headset that has great AR passthrough features for a very obvious reason. If a VR headset runs out of power or a bug crashes the system, you become blindfolded to the physical world while driving a rolling pile of metal at speeds more than capable of inflicting death and serious injury. You can, however, drive a car with sunglasses or corrective lenses with an invisible assistant watching from your viewpoint and ready to answer your questions. When the power runs out from glasses with lenses you see through directly you’ll be left with a simple tool on your face that still serves a helpful core function.

Perhaps the VR-in-a-car use case can one day be solved with smart software — after all one day cars will drive themselves — but as someone who drove a kart wearing a VR headset and immediately crashed it, I am not optimistic. Maybe one day AR and VR can truly meet in the middle in a single device, but for the foreseeable future AR glasses will grow from the use case of corrective lenses and shading your eyes from sunlight when there is too much of it, while VR headsets advance from their current uses in gaming, long-distance socialization, training and education. These dual product lines and use cases heading out into the future are likely to have profound consequences for exactly who gets to lead in the next generation of computing.

Imagine for a moment you are Tim Cook at Apple or Satya Nadella at Microsoft. Wouldn’t directly see-through lenses for AR with digital content overlaid seem the more human and ethical use of their engineering resources? AR optics get people up from their chairs, keep them connected to the people in the same physical room and can also teleport in a few more virtually from far away, all while offering a path to assistance outdoors navigating the physical world. That’s what HoloLens is at Microsoft and what it seems like Cook is alluding to with his comments on AR over the years. From a business perspective, these executives are looking to replace the iPhones and Androids which dominated the last decade and a half of computing with a new paradigm that can access a market at least as large as that one. That means creating a headset that works both outdoors as well as indoors, or in just as many places as your phone goes.

What if — blinded by the potential of AR’s impact to their bottom line — the CEOs at some of the world’s largest technology companies folded too early on their first efforts in VR? It makes a lot of sense to skip VR as a technology platform and place your bets a few years out into the future with plans to widen the field of view enough for AR to be the path forward. But what if compelling AR glasses are perpetually half a decade away from consumers because VR headsets improve quickly enough to subsume many of the proposed functions of AR hardware?

In that future, using the term “metaverse” to describe your vision in this field now may gift Zuckerberg an incalculable advantage in co-opting a term to which he’s laid claim. Of course, he and his “metamates” could be left alone to use the term “metaverse” while everyone else works to build and use a better alternative. In the meantime, we could describe his effort at “Meta” for what it actually is — a bold effort by Mark Zuckerberg to leave the damage done by Facebook in the past while reshaping our daily lives at a more fundamental level than he ever could before.