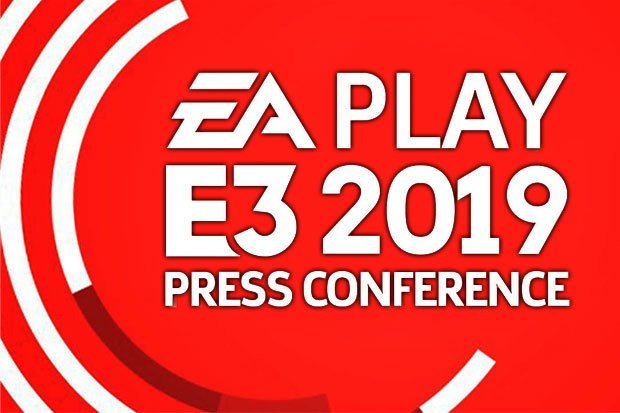 This is where it all starts for E3 2019, beginning with Electronic Art’s breakaway event, EA Play, which is now in its fourth successful year.

Bookmark this page for all the updates throughout the day and come back in time to watch the above YouTube broadcast (below).

Today’s announcements at EA Play 2019 will kick-start a week of blockbuster video game news and announcements from various third-party publishers and console makers including Microsoft, Nintendo, Bethesda, Ubisoft and Square Enix to name just a few.

Andrea Rene, who normally presents EA Play will not be on hosting duties this year (explained here – get well soon) but KindaFunnyGames and all round good guy Greg Miller is stepping up to the plate to present instead.

So you can still expect a cracking show either way!

Officially Electronic Arts have shared a list of the announcements and games they will be revealing, although we’re hoping we could see a few more things in between.

The official schedule is this:

However, on top of the above there is SO much more that could make an appearance, or at the very least garner some news from developers interviewed on the sidelines.

For instance, where are all the conspicuously missing indie games? Something which EA has surprisingly knocked out the park each year with their reveals.

We would expect to see some new Indie games, but most definitely something about Sea of Solitude which recently got a July 5 release date.

And where are all the EA Sports titles? Like NBA Live or NHL? Could we see a new EA Sports Golf game? We hope it’s not just a FIFA 20 and Madden 20 fest.

Beyond those, there’s a few smaller projects that could get put under the spotlight. For instance, will we see or hear anything about the Command & Conquer Remaster?

A new Need for Speed game for 2019 was announced earlier this year, but it is confirmed not to be making an appearance at E3. But what about the new Plants vs Zombies Garden Warfare 3 game?

As you can see, Electronic Arts have a lot potentially up their sleeve ready to show off. You’ll just have to stay tuned for more info later today!