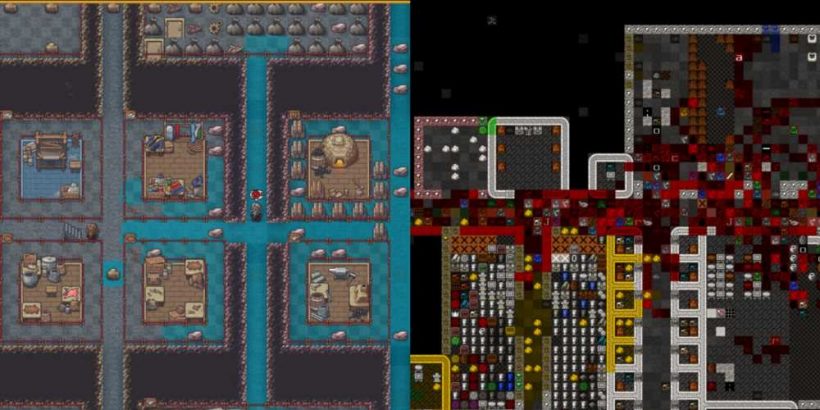 Failure is the cornerstone of fun in Dwarf Fortress, and with so many ways to fail, there are endless amounts of hilarious stories to tell. Mighty fortresses have been brought low by a tavern brawl gone wrong. Countless hamlets were hit by the consequences of hunting in a haunted biome. You might even grow bored one day and decide that peace with the elves was never an option.

With so many factors to simulate in Dwarf Fortress, there is always a funny or unexpected outcome. It’s best to approach each new fortress with an open mind. Sure, there is plenty of merit in creating the most efficient and optimal base, but embracing disasters as story opportunities will have you laughing long after you finish playing. Always remember the Dwarf Story motto, losing is fun. 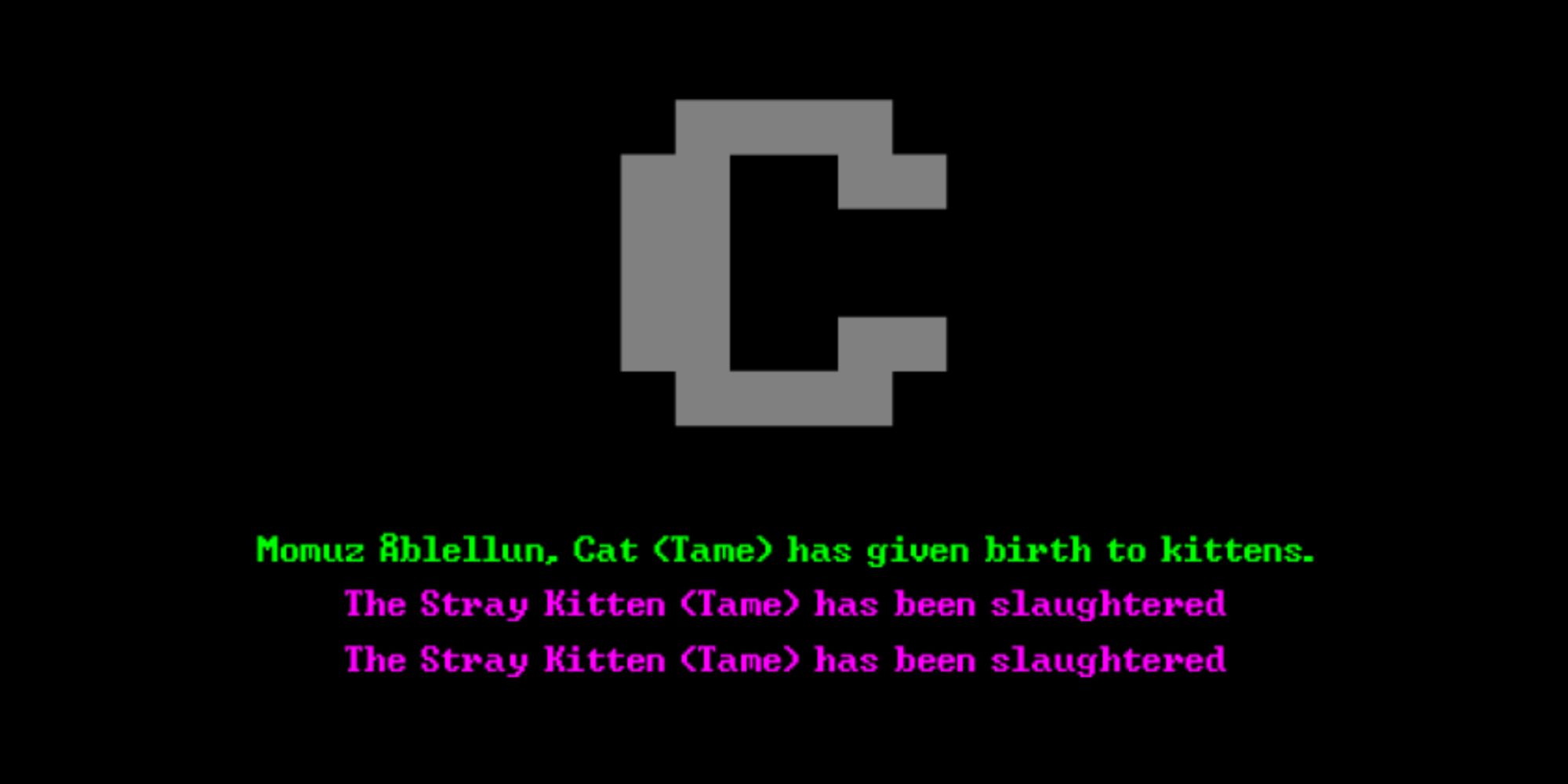 A catsplosion occurs when your fortress falls victim to an entirely overabundant population of furry felines. When left to their own devices, cats will breed whenever they feel like it. This may sound harmless enough, but you really can’t leave their antics unchecked. After a few years of uncontrolled cat breeding, the cat population will grow so large that the walls of your fortress will be absolutely full of them.

A catsplosion is so potent that it has the potential to slow your computer's processing speed down to a crawl. Of course, this can potentially spell doom for your run. You can’t take the easy way out with the cats either because they will ‘adopt’ a dwarf to be their owner early on. If the cats happen to meet their end, their owners will break down into potentially disastrous tantrums. Losing from feline overpopulation is definitely a memorable way to go. 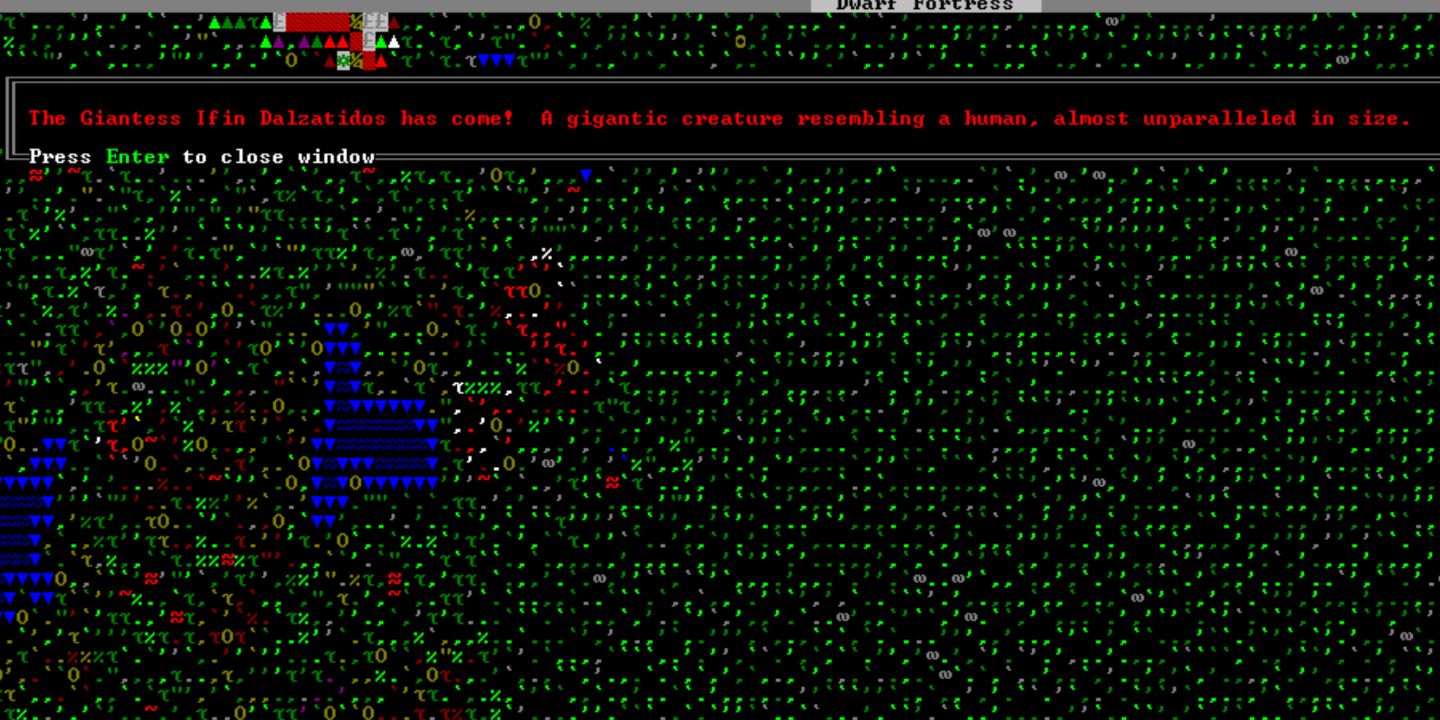 Nature goes on, regardless of what your dwarves may be up to. Wildlife will roam through your lands frequently, and megabeasts are some of the meanest of the bunch. Of course, you may mistakenly think your new dwarf military is up for the challenge. You would probably be wrong. When the recognizable flames of a dragon come burning through your lands, your cooked dwarves will definitely agree.

Sudden megabeast attacks can serve as the centerpiece of your playthrough. Whether it be a valiant last stand, or a hilariously desperate panic spiral, both are great ways to go. 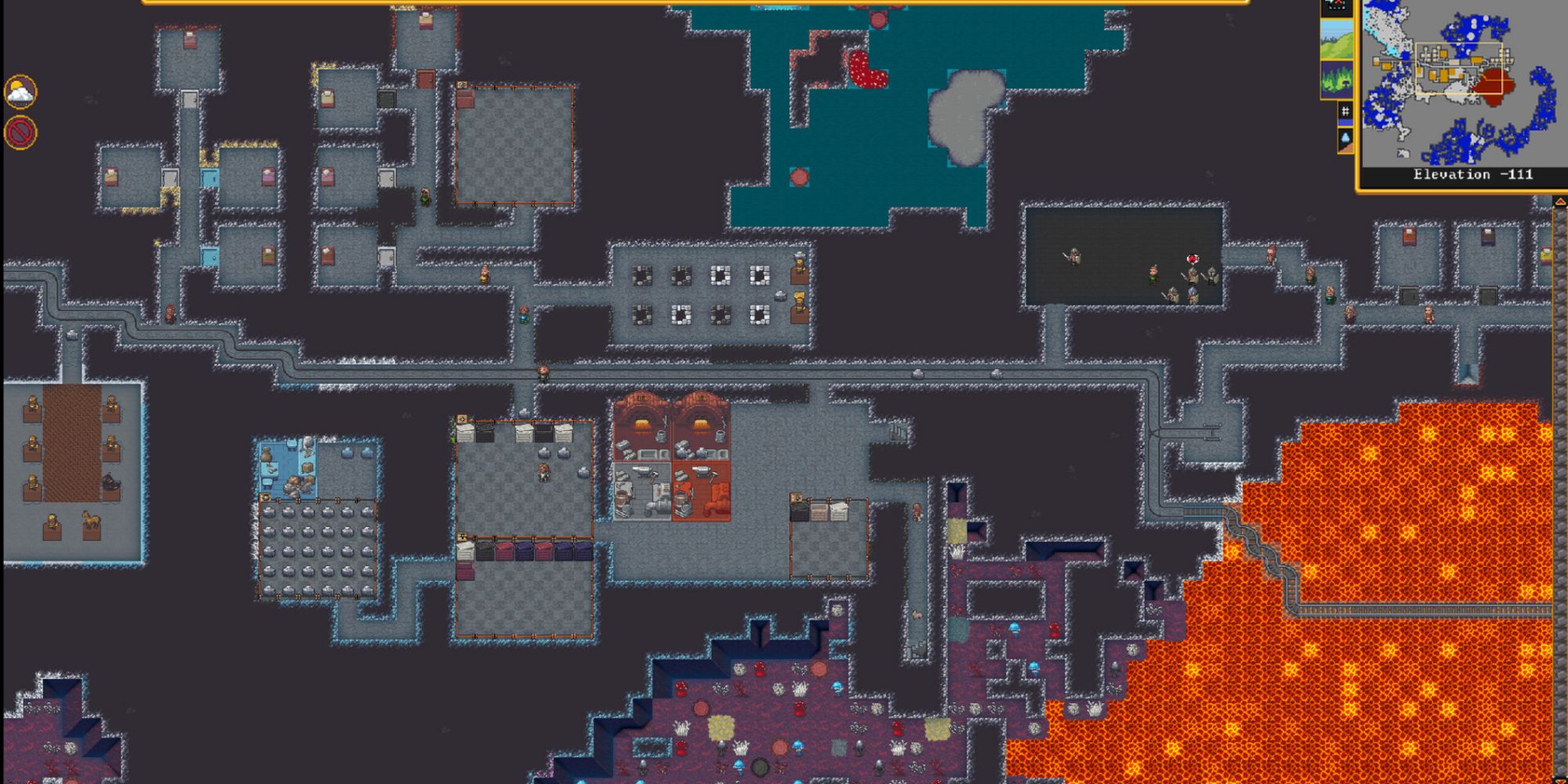 Magma, the scorching hot counterpart to water, can be a deadly force in even the most secure fortresses. However, unlike water, magma will instantly inflict fourth-degree burns on any unfortunate dwarf who touches it. This event is likely fatal. If that wasn’t fun enough, dropping large objects into magma releases ‘magma mist,’ a burning hot vapor that will set those nearby on fire. Make no mistake, though; magma can be incredibly useful.

It serves as a great power source, self-defense tool, and garbage disposal. Unfortunately, losing control over your magma is a quick way to melt your entire fortress. Magma is also home to several unpleasant denizens who want nothing more than to unleash destruction in your base. If you don’t build your magma containment infrastructure carefully, one dwarf tantrum can unleash a floodgate of magma where you want it the least. 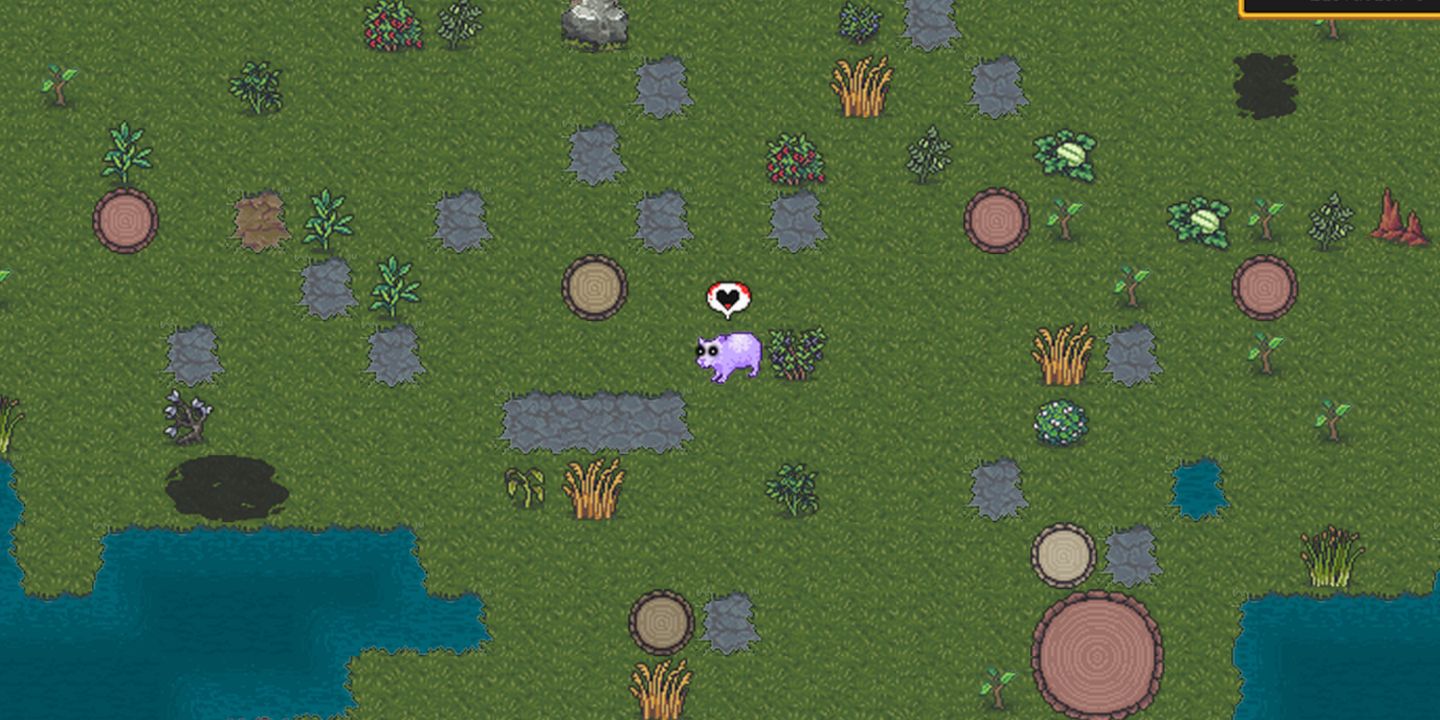 Starting your fortress in an evil biome may sound like a fun way to recreate The Walking Dead in your own fantasy world. It may, however, prove to be too 'fun.' Dealing with zombies can go hilariously wrong. The obvious danger is the zombies themselves, but now you have evil infection clouds, vile weather, and undead animals too. Things will go south really fast.

A funny example of this danger is trying to start up a meat industry for your hungry mountain folk. The undead animals will, of course, try to kill you, but you may not realize that all of its body parts will do the same after you butcher it. A swarm of animated hands, heads, and bones rolling across the ground to get revenge on your settlement is both comical and terrifying. 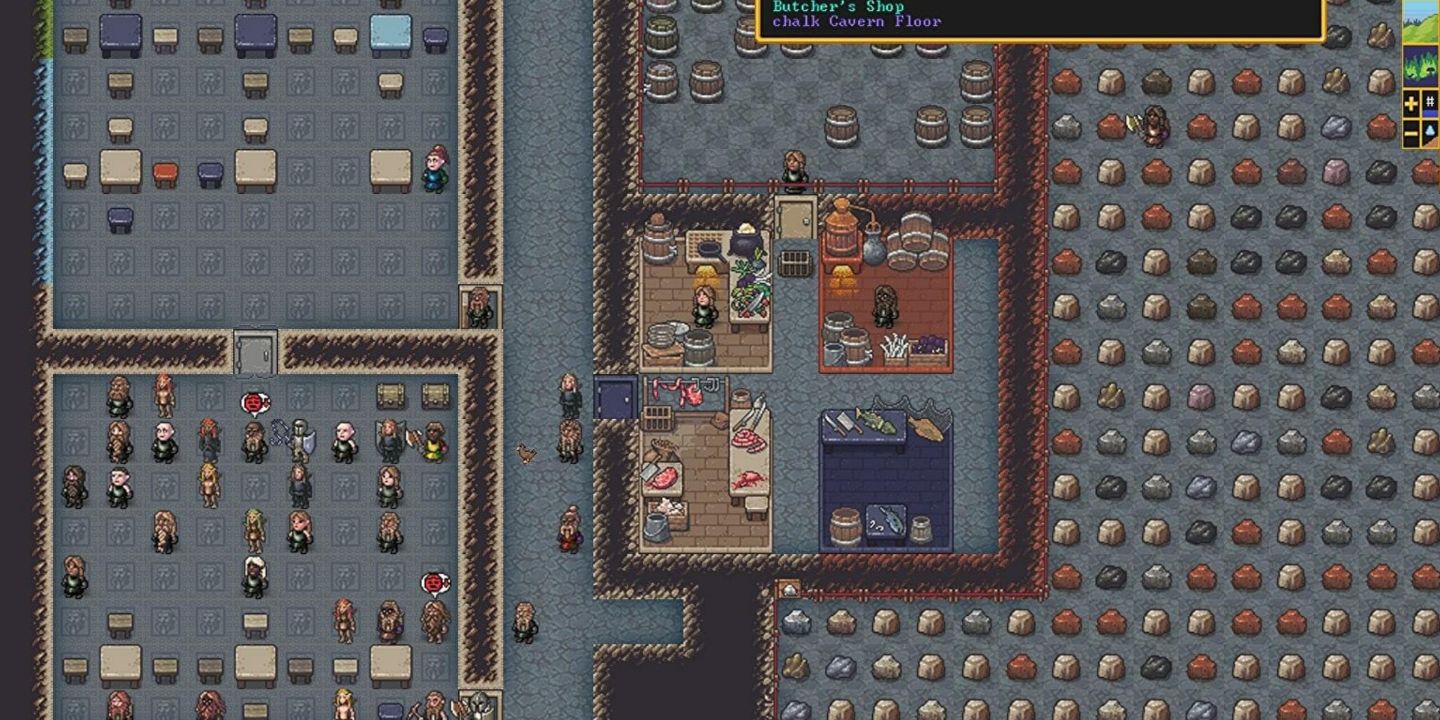 Dwarves absolutely need alcohol in order to function. A core tenet of their happiness actually depends on consuming an inebriating drink. Neglecting to provide them with this elixir of joy will bring doom for your playthrough. Sober dwarves will grow increasingly unhappy and unproductive. Before long, accomplishing even the most basic tasks becomes a struggle.

This becomes an issue when you throw in any other potentially dangerous factor. A werezebra is chasing down your logger? Well, he hasn’t had a drink in a year, so he can barely muster up so much as a crawl to escape. Watching your dwarves slowly lose all motivation until your fortress collapses is an unlikely but humorous way to lose. 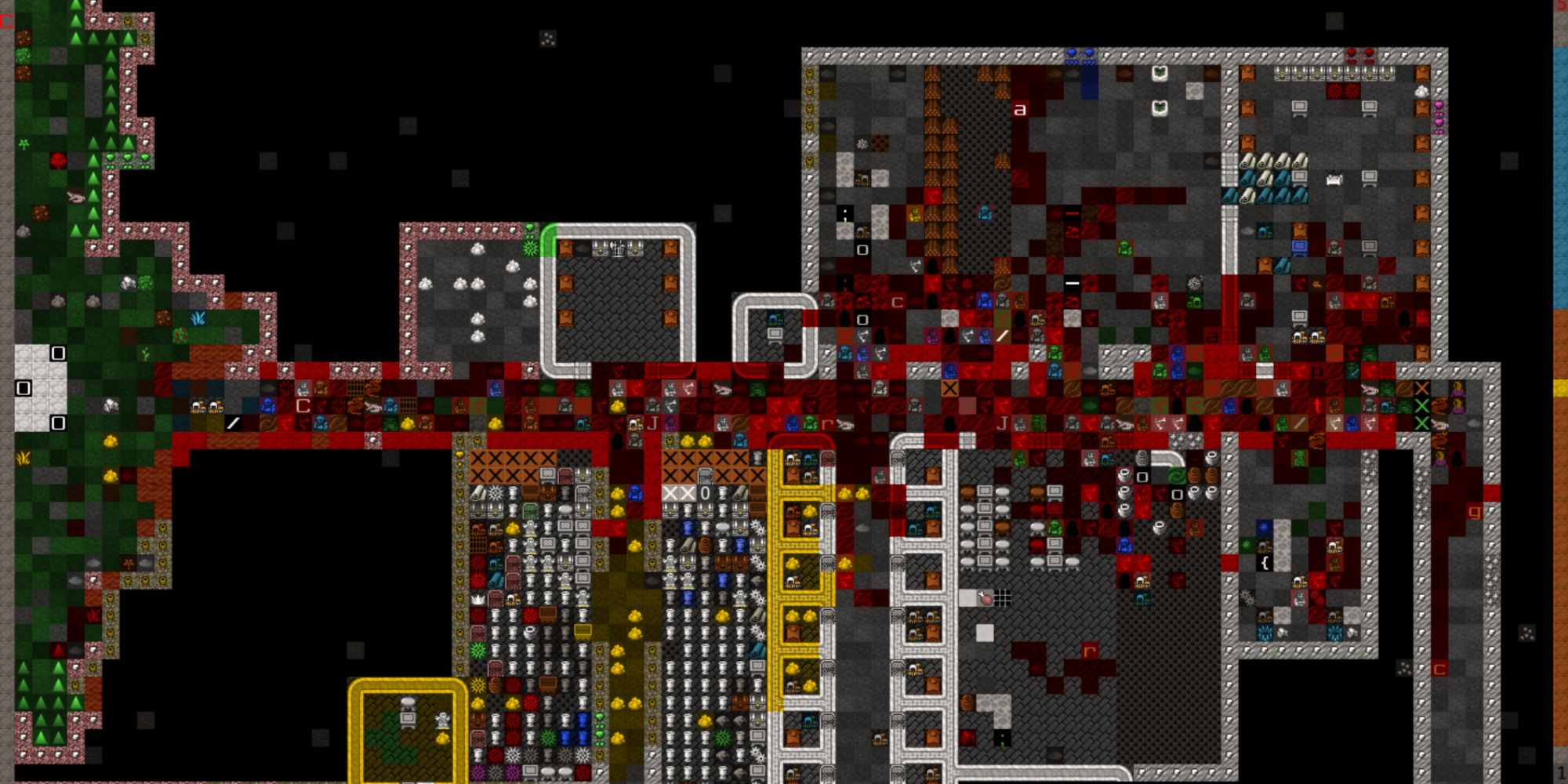 Dwarves occasionally enter into strange moods that demand your attention. They will require certain needs to be fulfilled in order for the mood to pass, and failing to meet those needs will cause them to suffer a mental breakdown. In the worst-case scenario, they go berserk. Having your famed axedwarf go on a murderous rampage and start a civil war can be devastating. But what if the axedwarf suddenly decides to open your fortress magma gate? Now that is catastrophic.

Watching as your base falls apart because a dwarf couldn’t carve a bone off their neighbor's perfectly healthy body will have you laughing in disbelief.